following mclaren’s full-scale 720S supercar, LEGO now presents us with ferrari’s 2017 F1 race car. made up completely of building blocks — and differing from its rival that has real wheels and tires — this 1:1 replica is part of the company’s ‘speed champions’ series. to present it, LEGO just released a video where you can see the whole process, starting from the developing and planning stages to its construction. 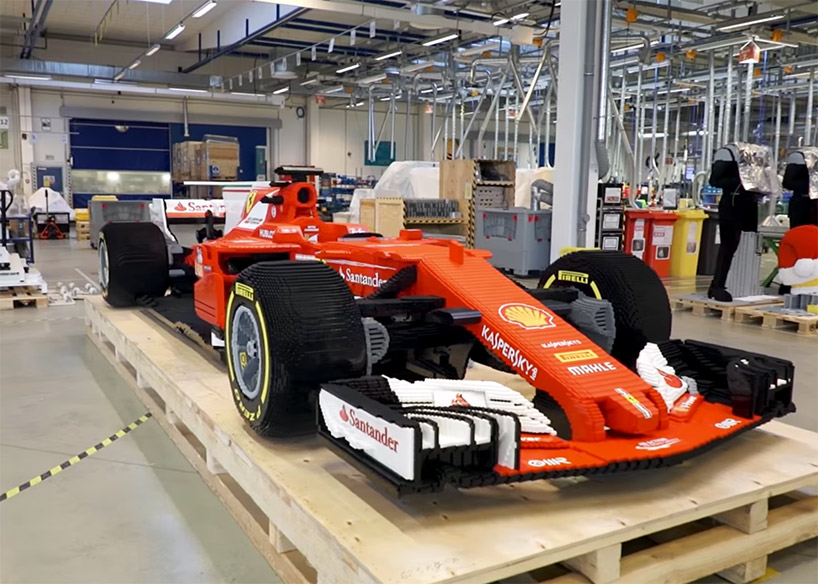 all images by LEGO

featuring a total of 349,991 bricks and special elements, the final life size version ferrari SF70H made in LEGO weighs a total of 567 kgs. in the video the company states that it took them 750 hours to build it and 844 hours to develop it. complete with stickers, the super car looks very much like the real one. to get the full experience, watch the video above and delight yourself with the different time-lapse angles featuring the whole process. 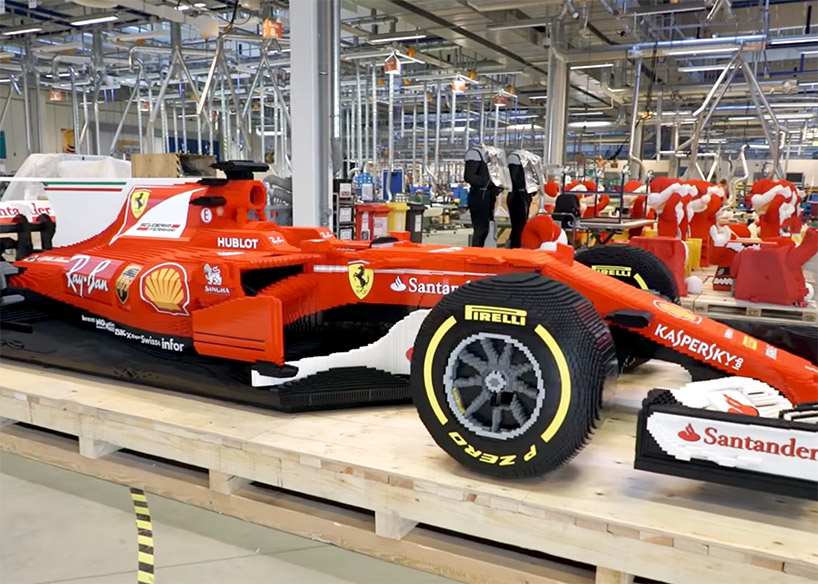 the LEGO ferrari F1 car is made of 349,991 bricks and special elements 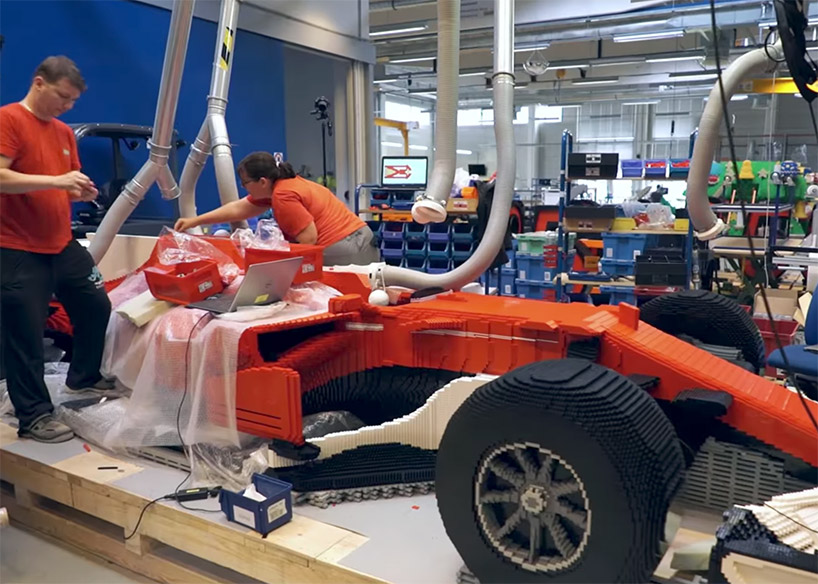 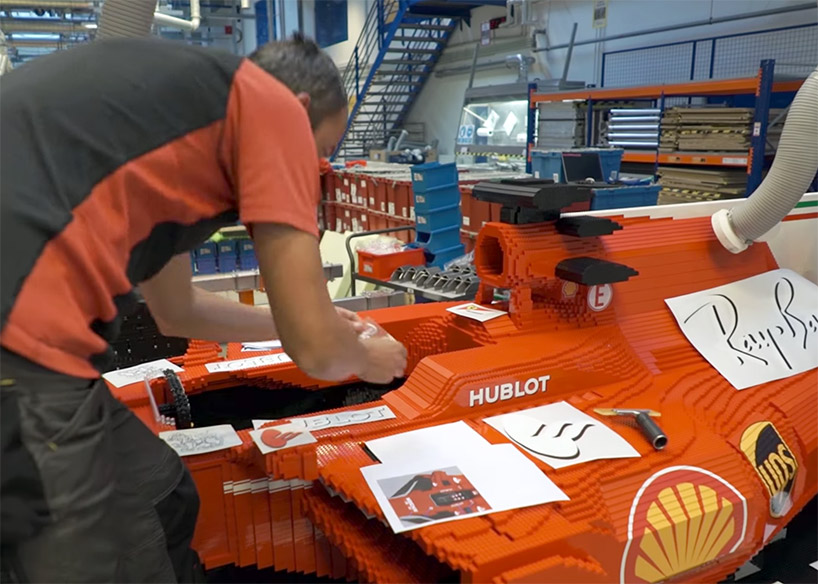 complete with stickers, the super car looks very much like the real one 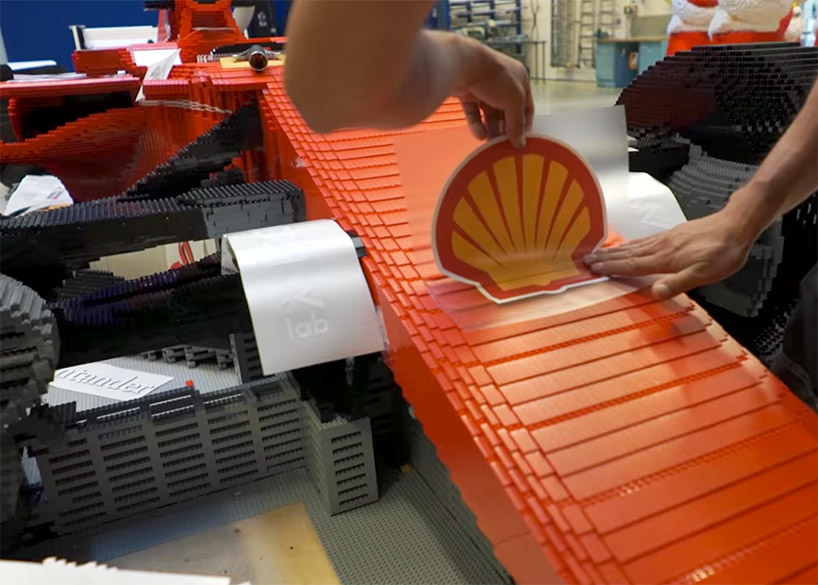 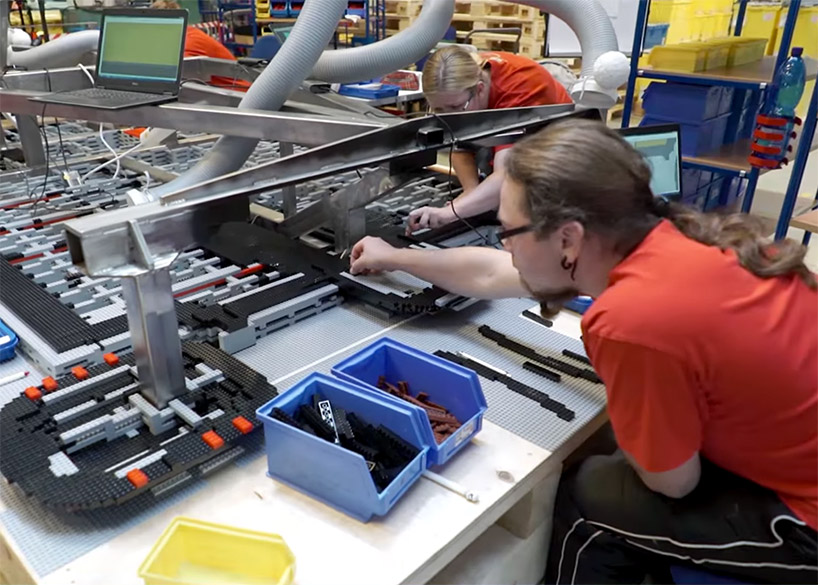 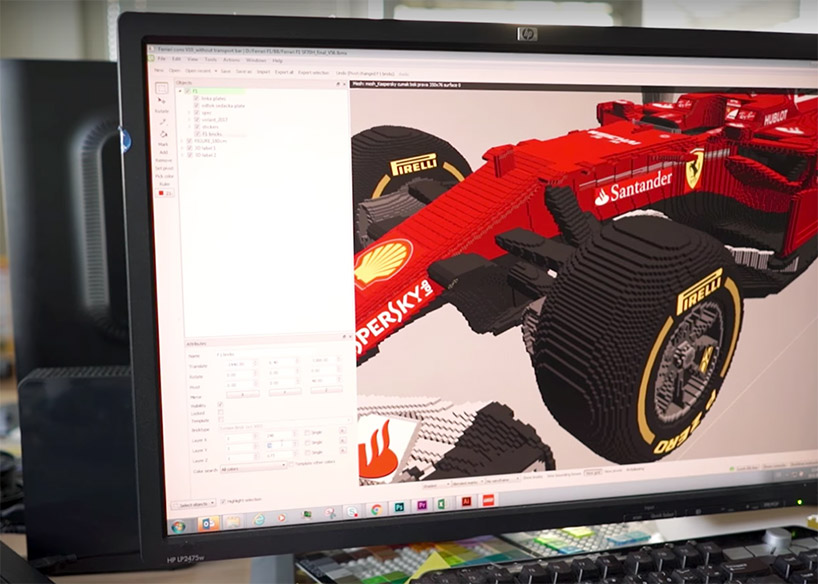