the ‘LEIF’ esnowboard by leiftech enables skaters to carve up the pavement as if they were sliding down mountain slopes. the unique, electric skateboard captures the feeling of going down a fresh snow run and operates to the same body movements. this allows the riders to lean into turns for big glides, to break and to stop completely, however it has no mechanical brake system as it halts in a similar and intuitive fashion to snowboarding. this recreational transport device can add excitement to your daily commute to and from work or school, and is available from may 2015.

a unqiue skateboarding experience is created
video courtesy of leiftech

the ‘LEIF’ features two lightweight brushless 2000w electric motors that delivers power to ride in any direction – forward, backwards, sideways and uphill. speeds of up to 20 mph can be achieved thanks to a wireless remote that has a thumb slider to control the cylinders. the 3.6v lithium batteries use renewable energy to generate a distance range of up to eight miles and can be recharged in an hour. a fully functioning prototype has been produced and demonstrates the capabilities of the esnowboard. find out more about the LEIF esnowboard by visiting their kickstarter page. 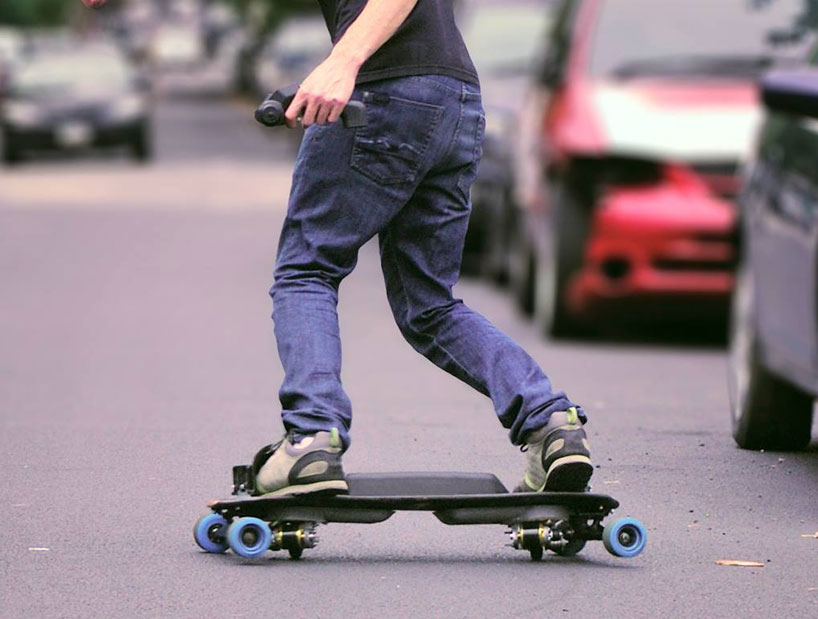 the LEIF incorporates the same, intuitive body movements as in snowboarding

side view of the esnowboard LEIF 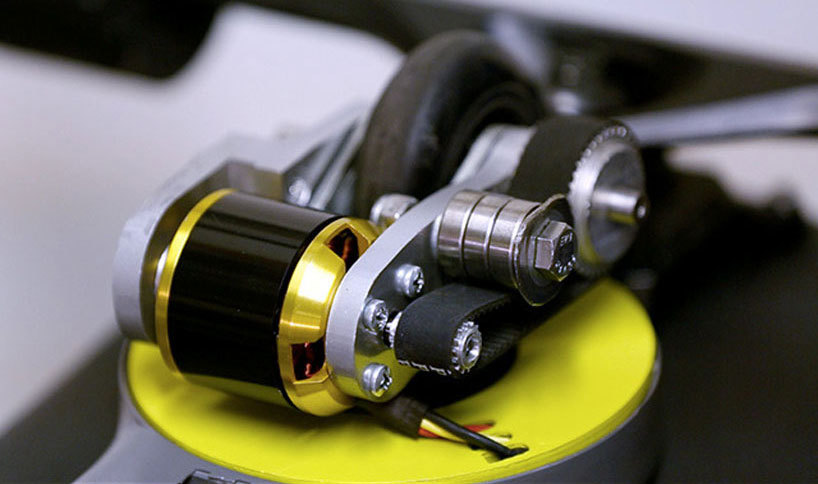 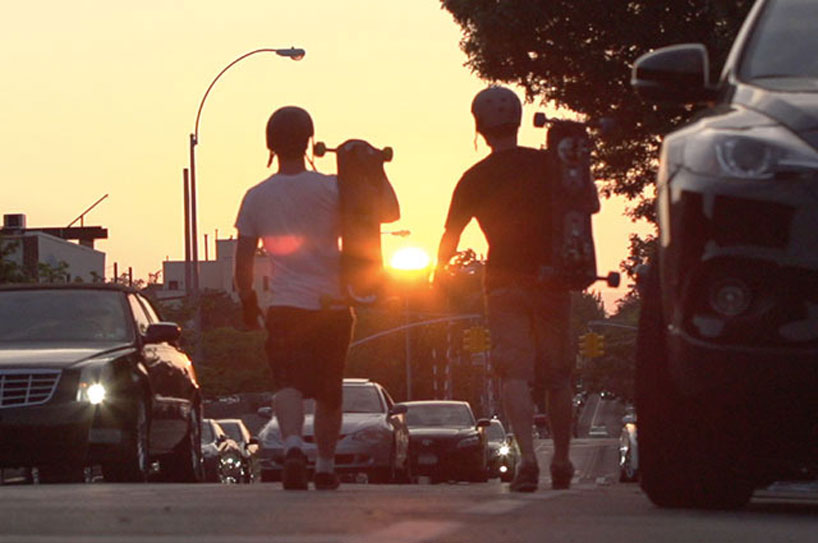 demonstration of the powered wheel mechanism
video courtesy of leiftech