the lenovo ‘yoga tablet 2 pro’ features a 180° rotating kickstand that can not only hold the device up but also projects 50inch displays. this integrated projector transforms any dark room into a home theater by illuminating videos and pictures on to any wall or ceiling. with the built-in JBL twin front-facing speakers, 5W bass subwoofer and dolby surround sound, the user can enjoy movies in a cinema-esque environment. at the same time, the handheld product has a quad HD 2560×1440 resolution screen that ranges from 13.3inches to 8″ depending on which model of five it is. the enhanced kickstand holds the gadget up for the user and can rotate nearly 180° to hang on hooks. this enables people to cook, eat and work out whilst still being able to see the screen.

inside, the ‘yoga tablet 2 pro’ includes an intel atom processor that supports high-speed 4G LTE networks and can run on either an android 4.4 kitkat or windows 8.1. this makes the device capable of fast browsing, streaming and downloading for both work or play. a bluetooth-enabled keyboard – that doubles as a hard cover – snaps into place allowing people to message, email and type with much more ease. its usage is also helped because of the 15 hour battery life cylinder that offers an ergonomic grip and changes weight distribution. the new tablet is part of the new ‘yoga’ range from lenovo that includes a watchband hinge laptop. 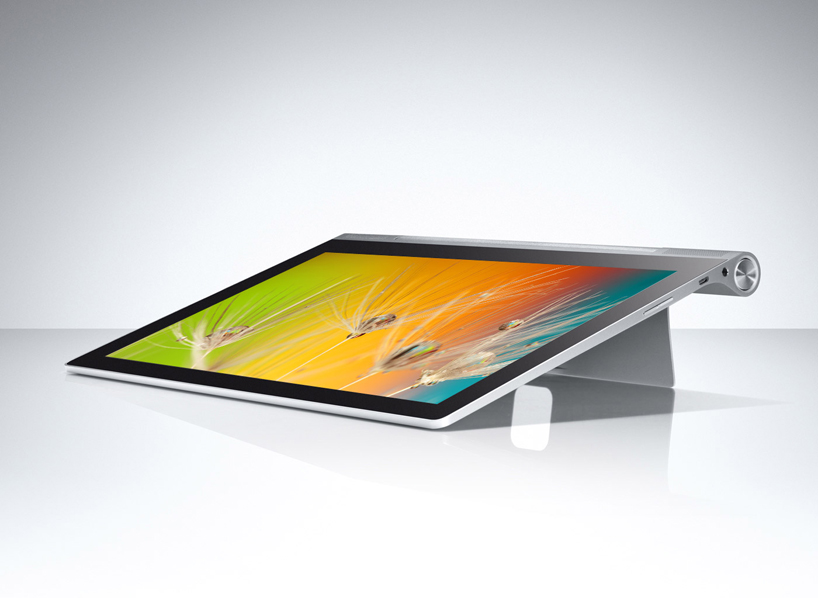 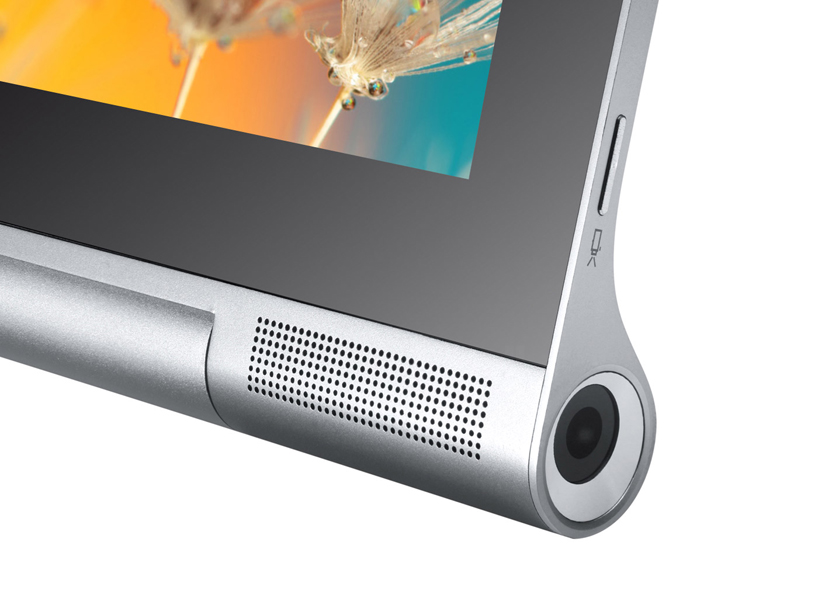 close up of the integrated camera 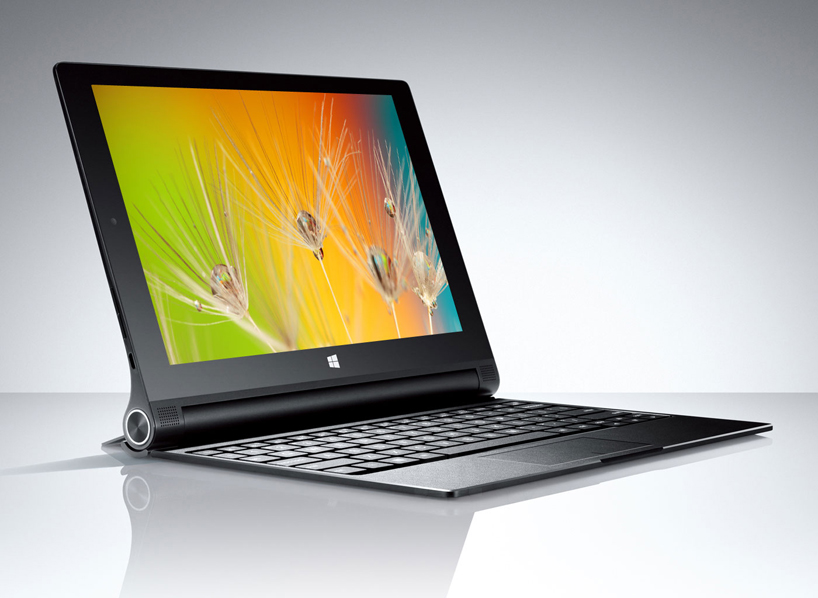 a bluetooth-enabled keyboard snaps onto the ablet 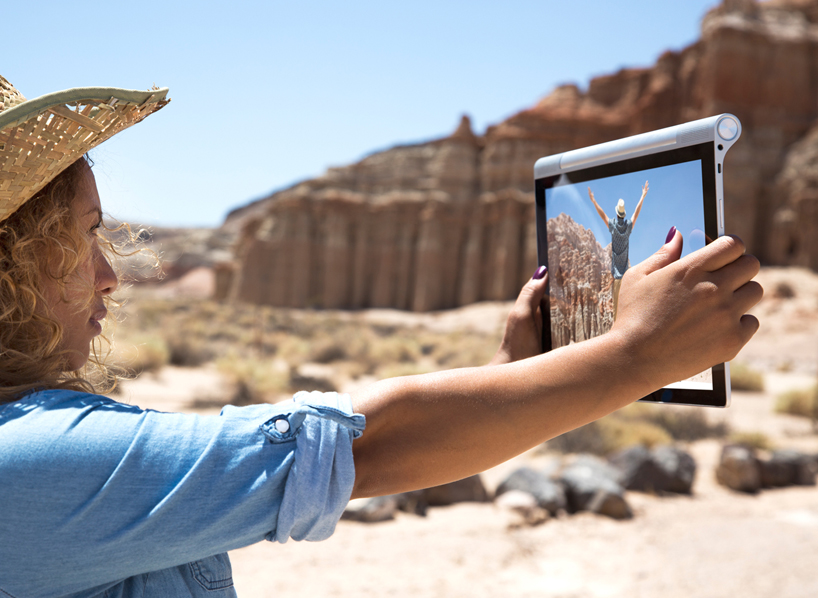 it has 8MP rear and 1.6MP front cameras 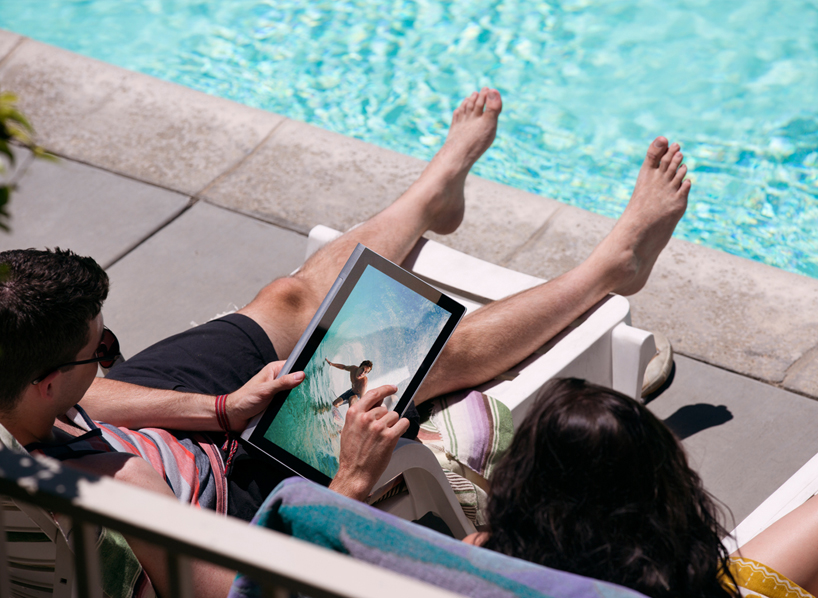 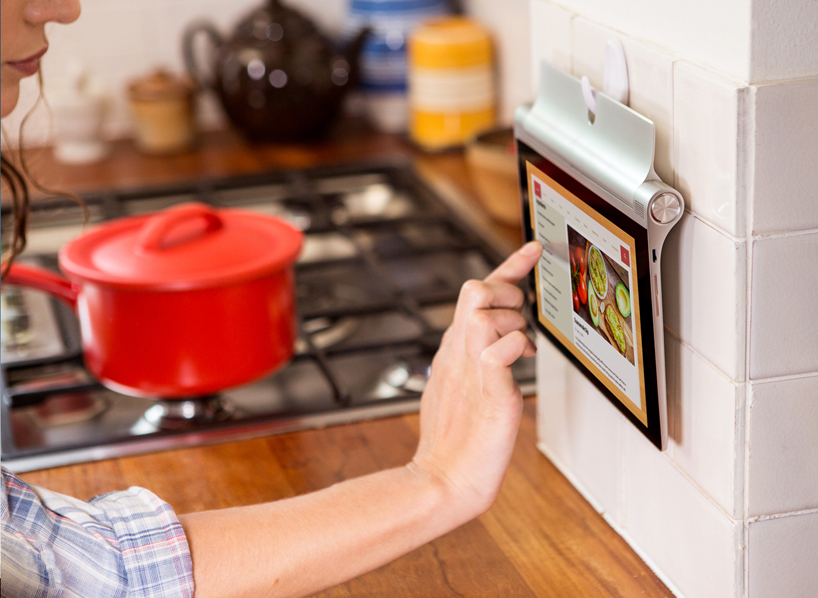 the kickstand rotates to allow users to hang it on hooks 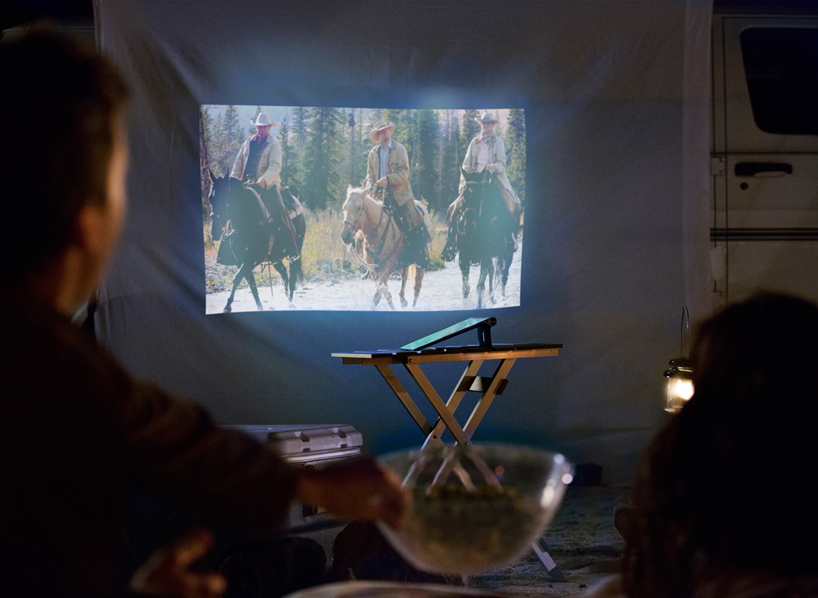 it projects up to 50″ displays onto walls and ceilings 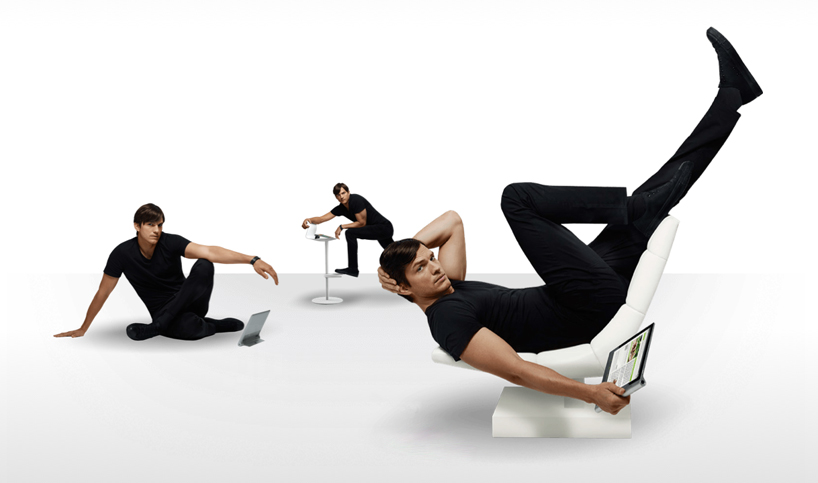