leonardo is an intersection of walking and flying

researchers at caltech have built one of the most nimble humanoids, dubbed LEONARDO — an acronym for ‘legs onboard drone’ —  that can switch between walking and flying. using leg joints and propeller-based thrusters, LEO is a fusion of a bipedal walking robot with a flying drone that can achieve unusual locomotion maneuvers that even in humans demand a capacity of balance; like walking on a slackline, skateboarding or even fly the stairs instead of walking them.

basically, the robot walks on its lanky three-jointed legs, while its design drew influence from the way birds are able to flap and hop.‘we wanted to study the interface of walking and flying from the dynamics and control standpoint,’ said chung. 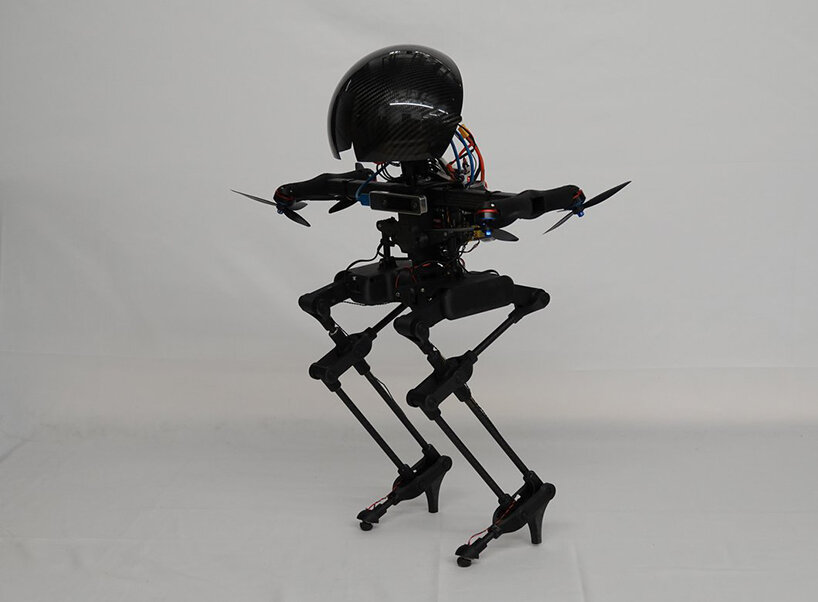 all images courtesy of caltech

robots with a hybrid movement ability can challenge tough terrains more effortlessly than traditional robots, as they can switch between aerial and bipedal modes. bipedal robots can successfully cross various environments, using human-like movements; hopping, running, or climbing stairs, but sometimes they are struggling with uneven terrain. on the other hand, flying robots easily can deal with difficult environments, avoiding the ground, but they face other limitations.

LEO includes lightweight legs that support the majority of its weight discharging its thrusters. however, because the thrusters are controlled synchronously with its leg joints, this humanoid has uncanny balance. ‘because of its propellers, you can poke or prod LEO with a lot of force without actually knocking the robot over,’ says elena-sorina lupu (ms ’21), a graduate student at caltech and co-author of the science robotics paper. 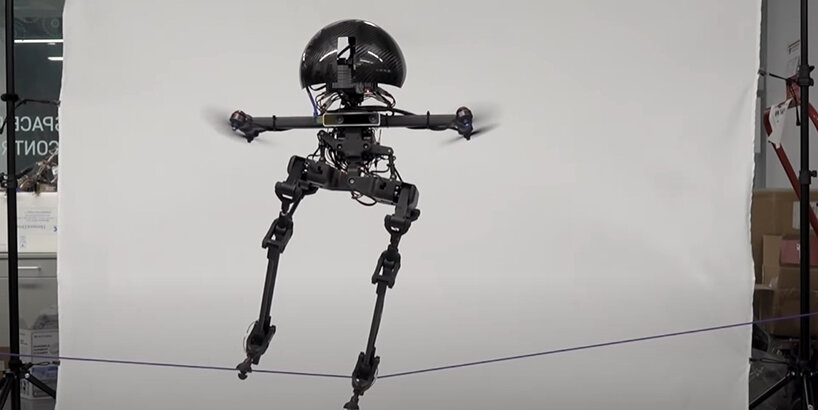 LEO weighs just 5.7 pounds (2.58 kg) and stands 2.5 feet (0.7 meters) tall. the robot adopts a human-like walking technique. the four propeller thrusters attached at the shoulders, guarantee that the robot is not collapsing once walking, while the leg actuators modify its legs position and center of mass, achieving a synchronized walking and flying controller. when flight, LEO utilizes only its propellers and flies like a drone.

the project was started two years ago, with the authors of the science robotics paper and three caltech undergraduates who engaged in the project through the institute’s summer undergraduate research fellowship (surf) program. the team’s vision is to make LEO more autonomous and improve its performance by creating a more rigid leg design that is capable of supporting more of the robot’s weight and increasing the thrust force of the propellers.

‘right now, LEO uses propellers to balance during walking, which means it uses energy fairly inefficiently. we are planning to improve the leg design to make LEO walk and balance with minimal aid of propellers,’ says lupu, who will continue working on LEO throughout her PhD program.

the technology designed for LEO could promote the development of adaptive landing gear systems composed of controlled leg joints for aerial robots and other types of flying vehicles. the team envisions that future mars rotorcraft could be equipped with legged landing gear so that the body balance of these aerial robots can be maintained as they land on sloped or uneven terrains, thereby reducing the risk of failure under challenging landing conditions. 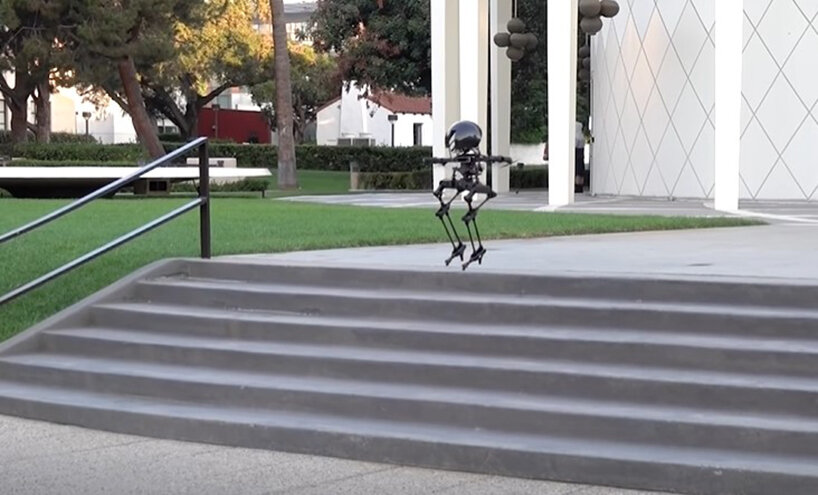 fly the stairs instead of walking them down