see paris from the streets and from the seine in france’s first amphibious bus. launched by les canards de paris — the ducks of paris —, the guided sightseeing tour offers an extraordinary way to see the french capital. 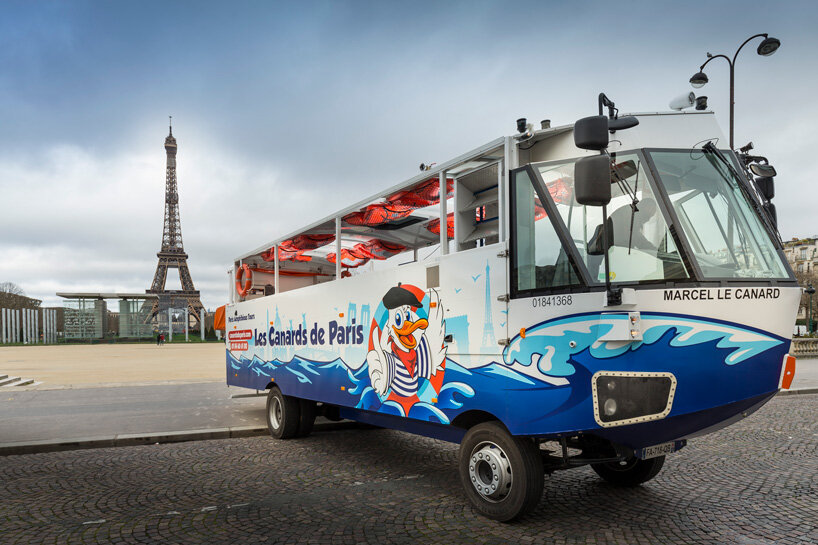 the duck-themed bus begins on land at the champ de mars then makes its way past iconic parisian landmarks including the eiffel tower, pont alexandre III, the grand palais, the champs-elysées and the arc de triomphe. after the first leg of the journey, the bus then takes to the water and splashes into the river seine. on the water, the amphibious bus cruises past the seine musicale concert hall designed by shigeru ban on seguin island, the saint-cloud gardens, and the skyscraper-filled skyline of la défense. the tour bus then heads back to its departure point in front of the eiffel tower. 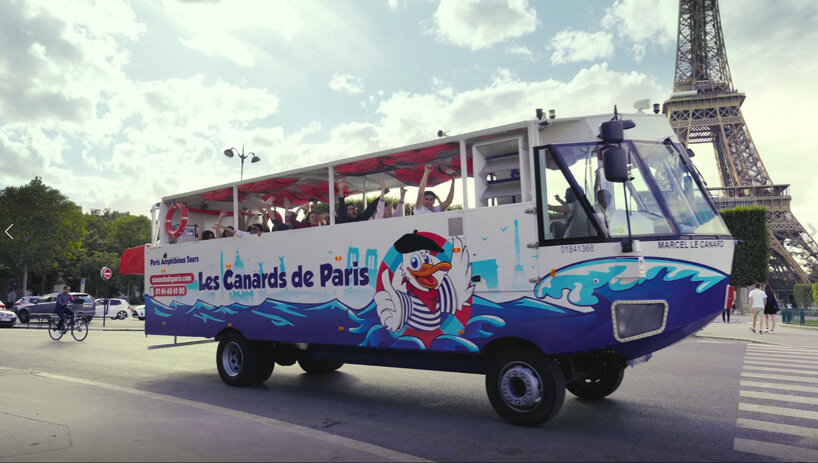 the tour is guided along the way in either french or english and the full journey lasts approximately 1 hour and 45 minutes, 20 minutes of which is spent on the water. safety measures are also taken with life vests supplied onboard. 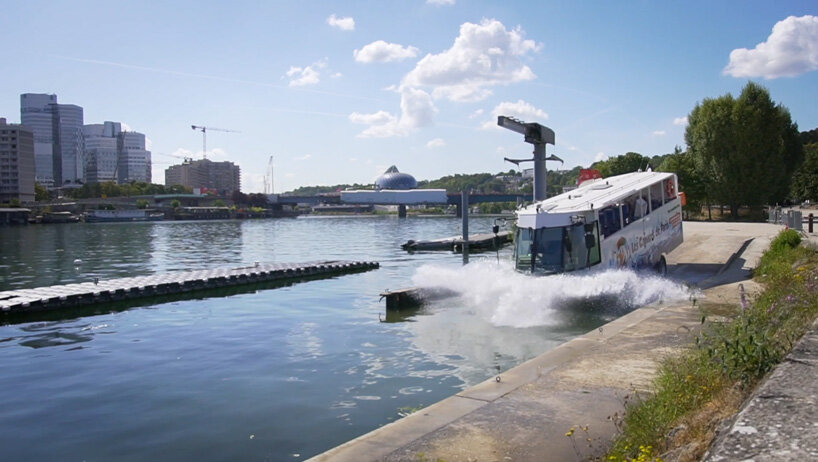 following the first french amphibious bus, about two thirds of which was constructed entirely in france, les canards de paris is now working on the design of a fully electric amphibious bus. 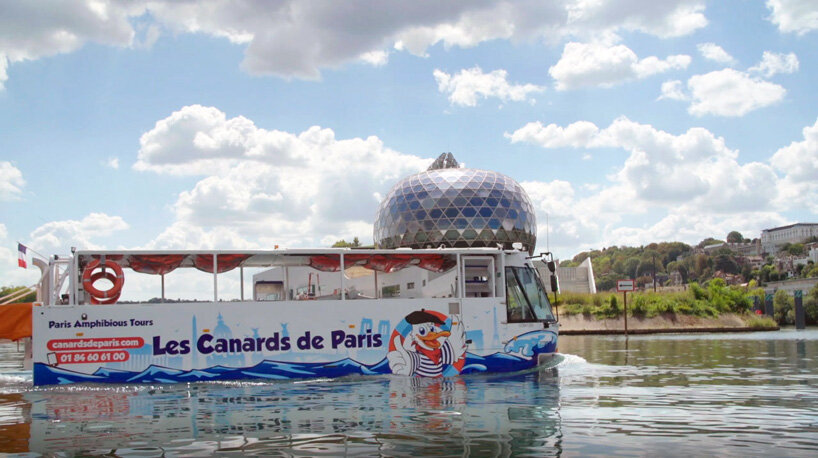 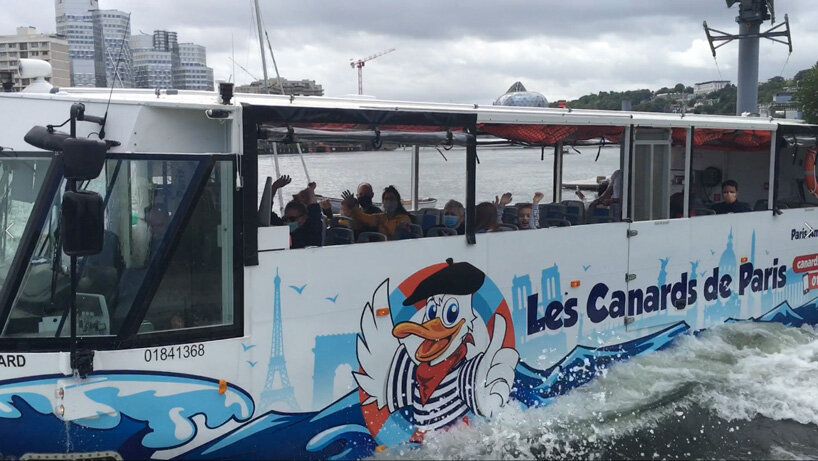 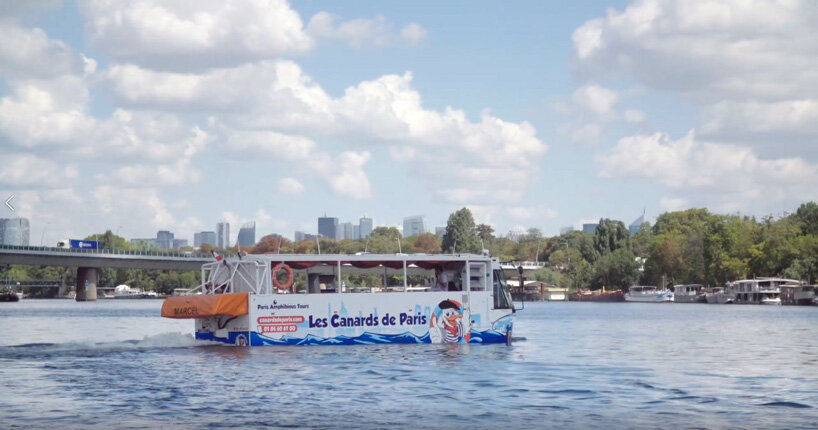 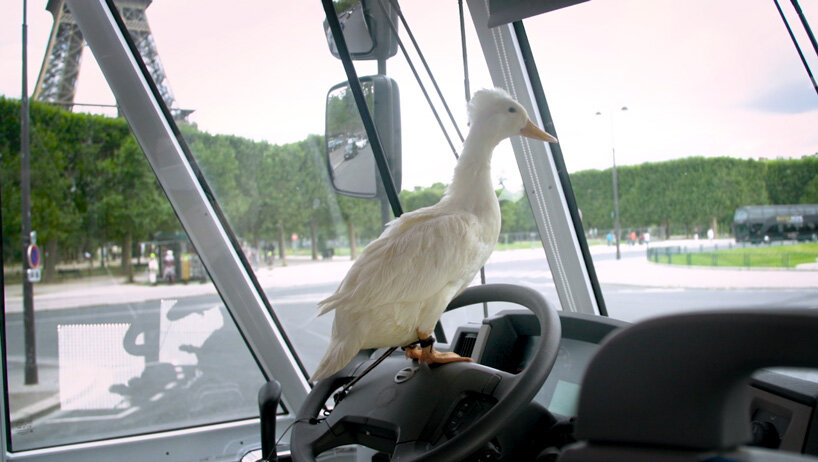 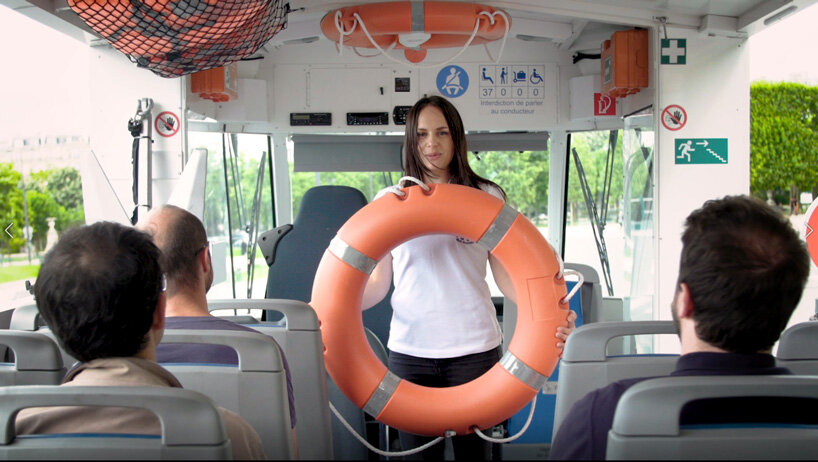 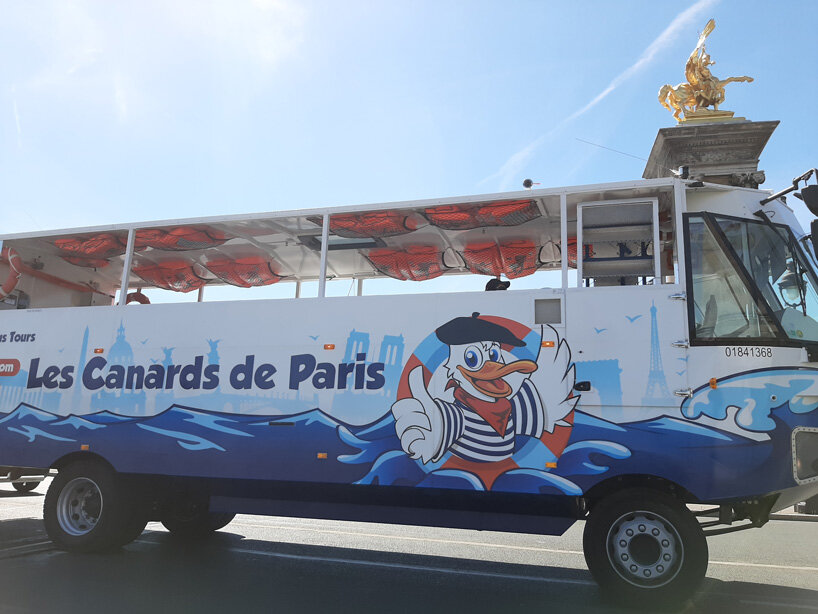 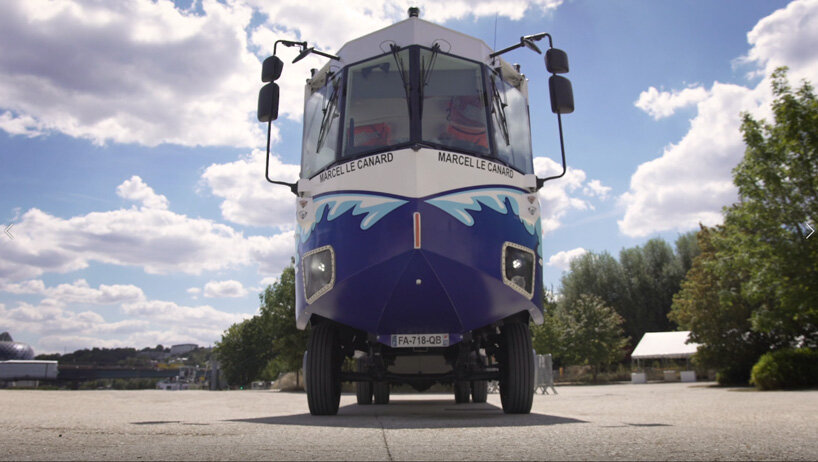 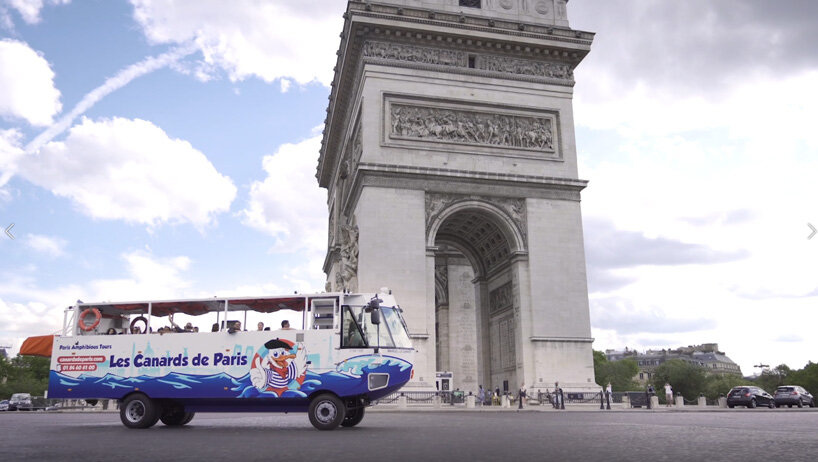 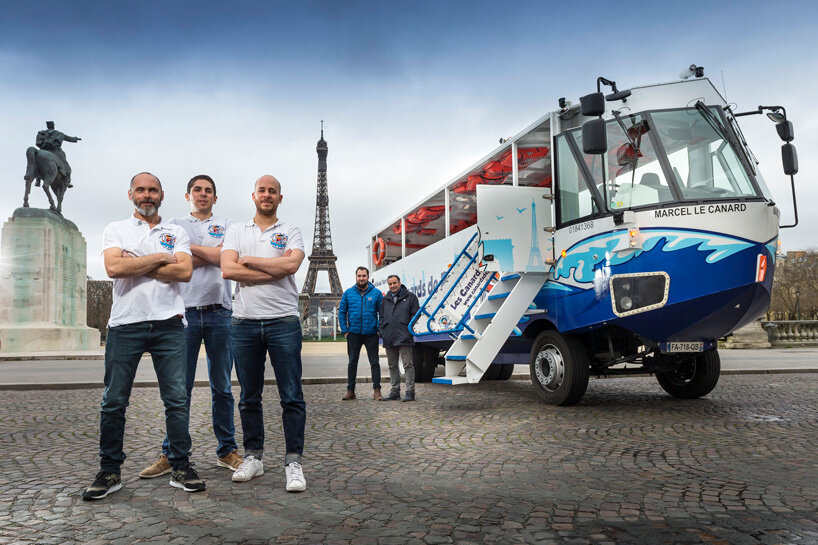