in a complete reversal of the highly functional SUV, munich-based designer les83machines imagines the suzuki jimny 1977 as a rat rod. one of the most celebrated off-road vehicles of all time, and typically suited for all terrain duty, the jimny dates back to the 1970s. with such a long lifespan, the model had undergone all kinds of off-road-focused transformations and customs projects. les83machines takes a more unique approach, re-envisioning the rugged jimny as a rat rod — a type not known for its functionality or all-terrain capabilities. the custom car type is historically put together with an intentionally worn-down, unfinished appearance, although still celebrating the vintage details. 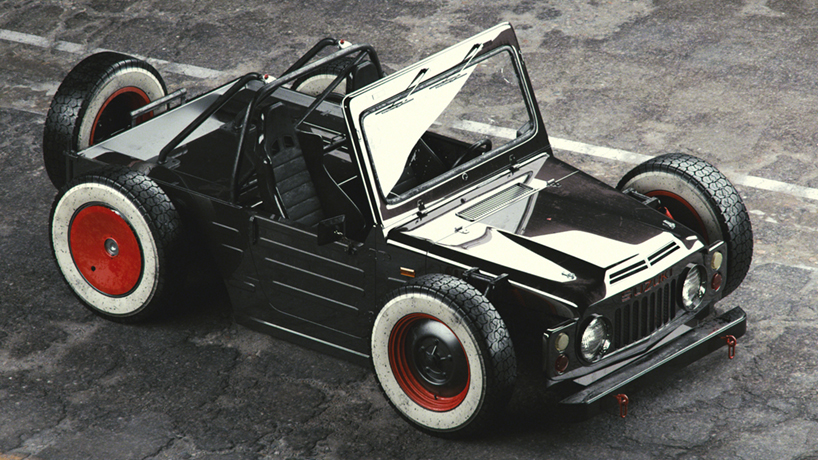 les83machines transforms the suzuki jimny 1977 as a hybridization of the functional off-roader and the imperfect rat rod, two vehicle types that share little in common. the designer, based in munich and native to caracas, re-shapes the vehicle without regard for its most practical qualities. the jimny rat rod is built with an exaggerated, lowered stance — nearly scraping the ground — with wheels that sit parallel to the body and reach nearly the same height. the original suzuki jimny was enclosed by a cabin to protect the occupants from the elements, and in the case of a crash. typical of the rat rod type, the new version is redesigned with a chopped top, exposing a roll cage and race seats. 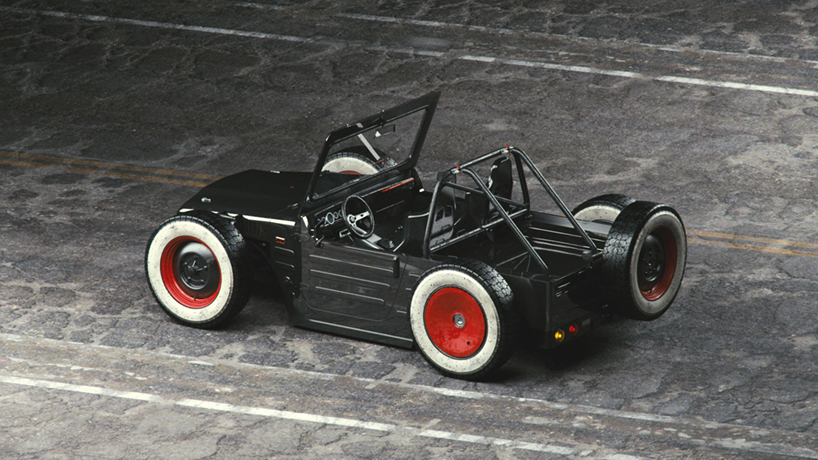 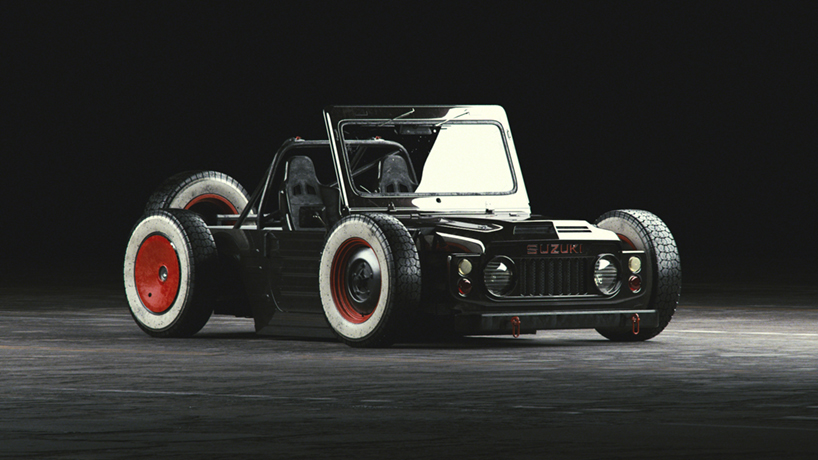 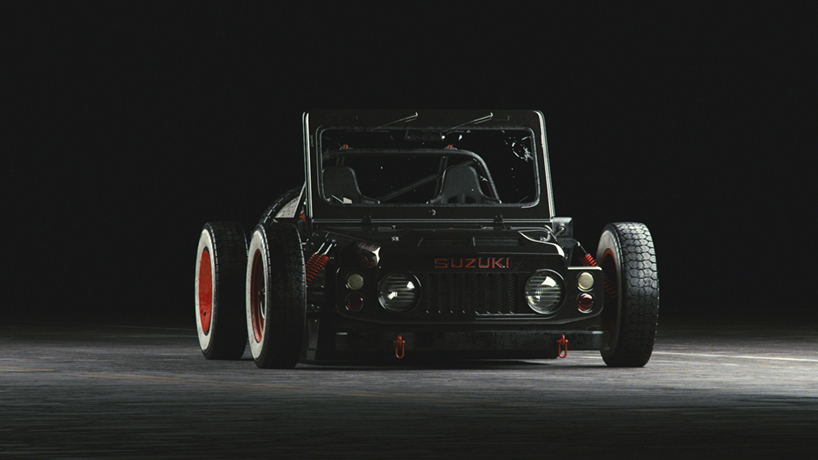 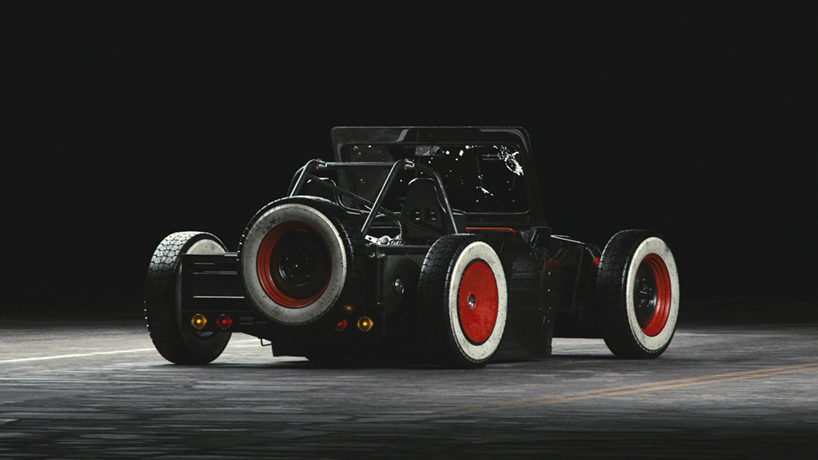 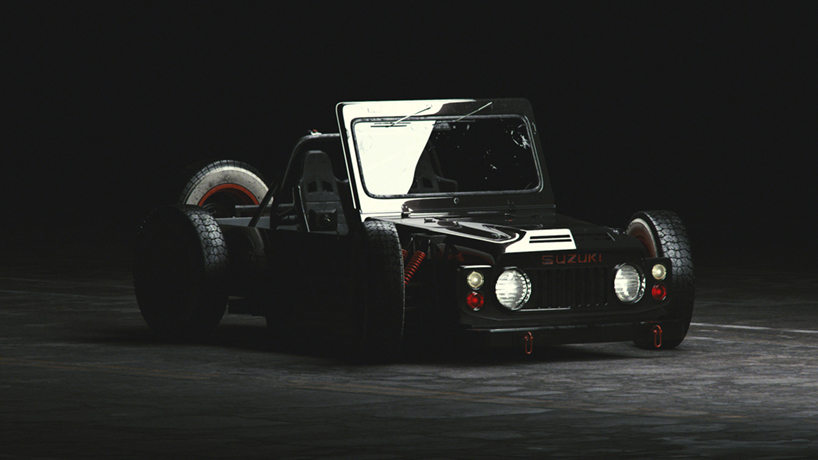