LEXUS typically works only with sheet metal, glass and plastics. this time around, they’ve decided to make a one-off life-sized model crafted in precision-cut cardboard. the ‘origami car’ is a replica of the latest ‘IS’ sedan, produced as a celebration of the human craftsmanship skills that go into every car they make.

the car has a fully fitted interior, functioning doors, and headlights and rolling wheels. thanks to an electric motor mounted on its steel and aluminum frame, the ‘origami car’ can even be driven. the project was an unprecedented undertaking for lasercut works, a UK-based specialist company with extensive experience in the design and creation of prototypes, architectural models and custom commissions. 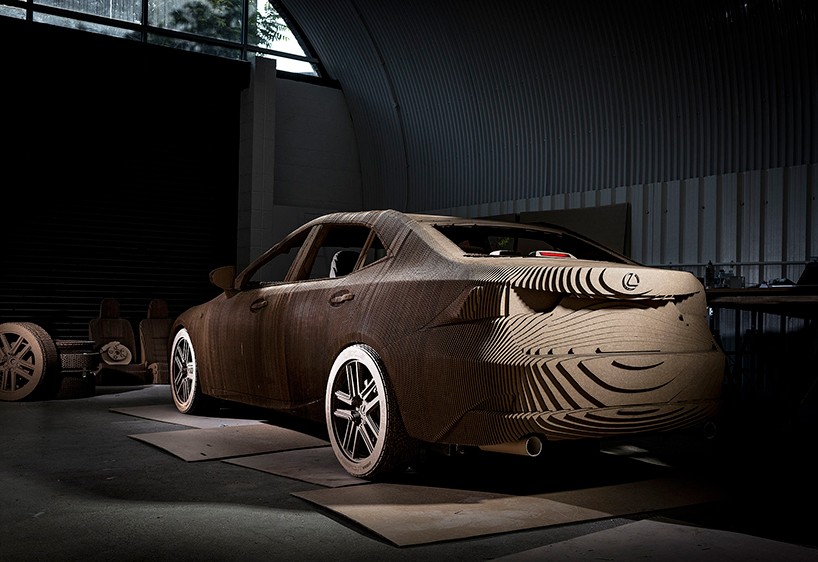 made from 1,700 sheets of cardboard

LEXUS provided the team with a digital 3D model of the ‘IS’, which was then divided into a series of principal parts, such as the main body, dashboard, seats, and wheels. these were then digitally rendered in 10mm slices to provide the two-dimensional profiles needed for the laser cutting each of the 1,700 sheets of cardboard. each layer was given its own reference number to help ensure it was assembled in the right sequence and the entire assembly was done by hand. a water based glue was used, which had to be left to set for ten minutes after each application. the unique LEXUS ‘origami car’ will be revealed to the public at the grand designs live show in birmingham from october 8, 2015. 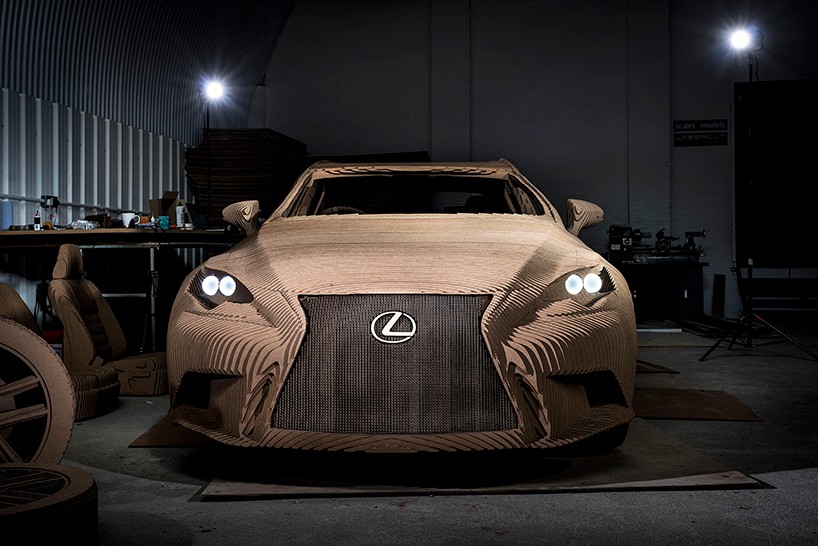 each cardboard sheet is 10 mm thick 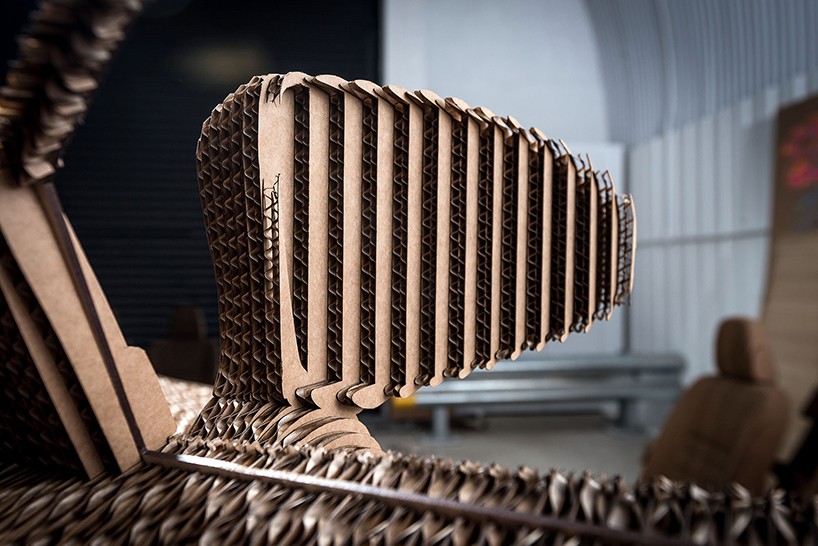 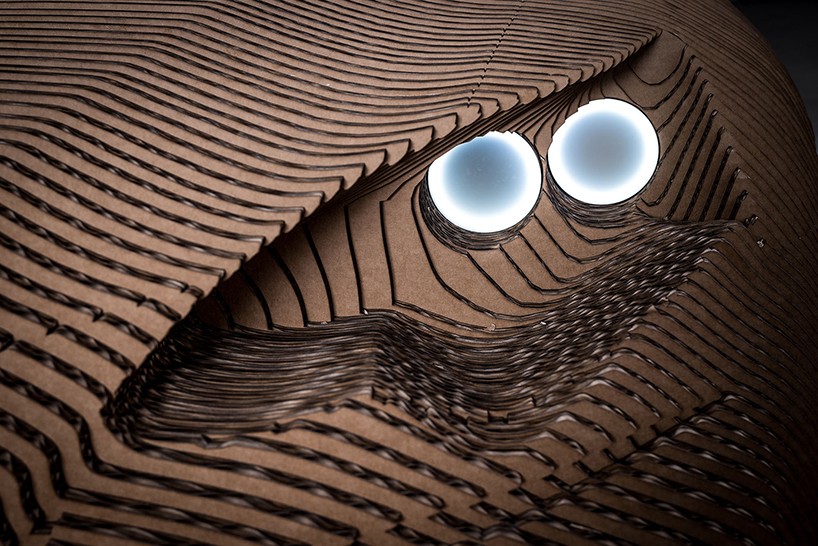 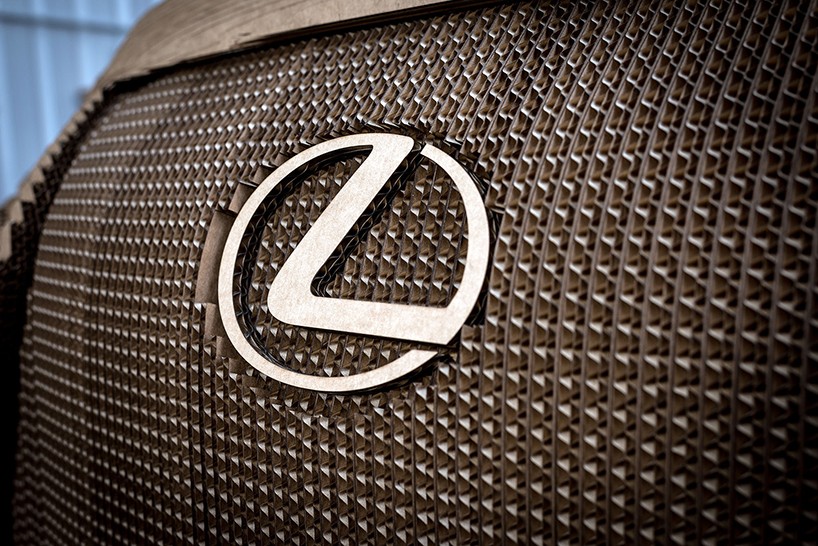 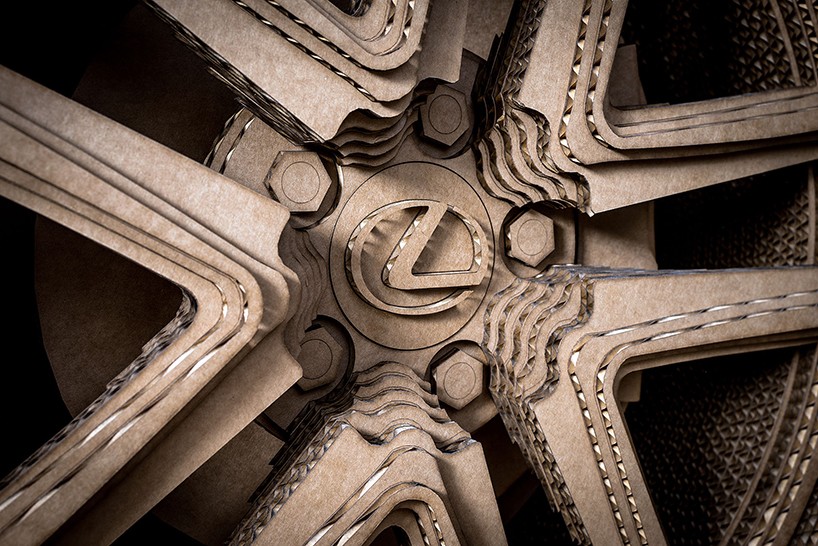 the wheel rims assembled in cardboard 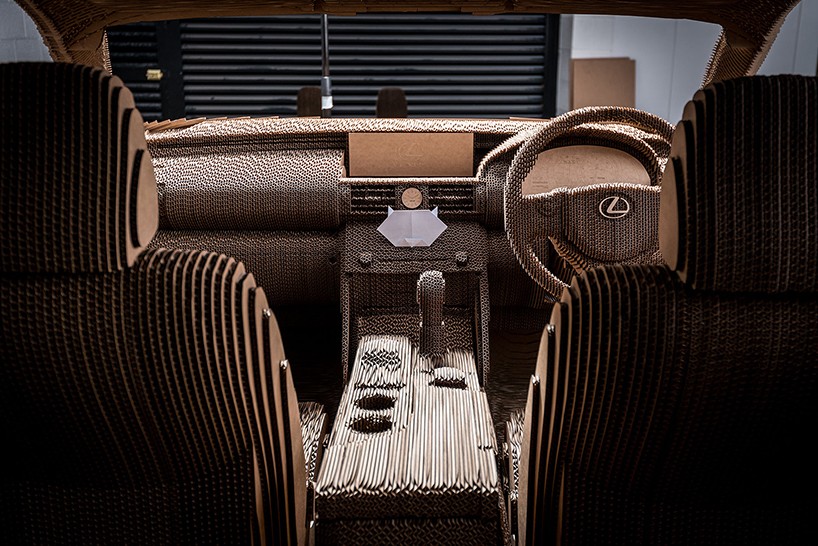 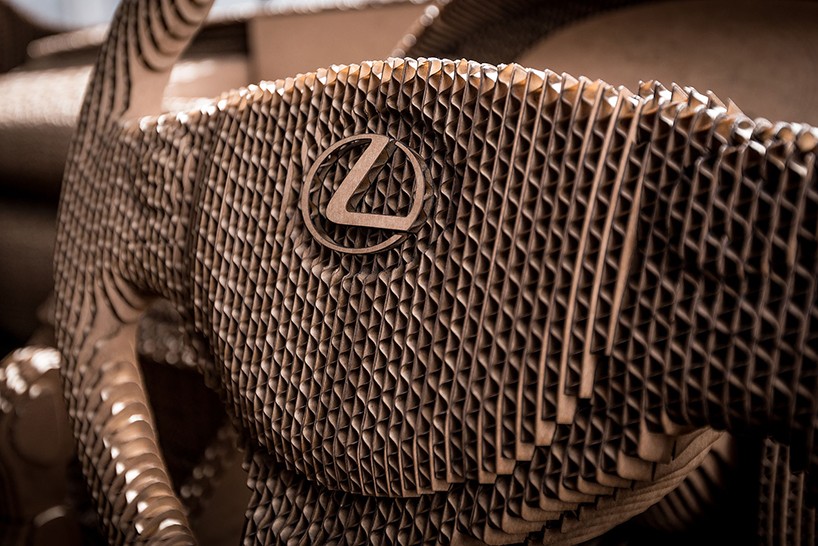 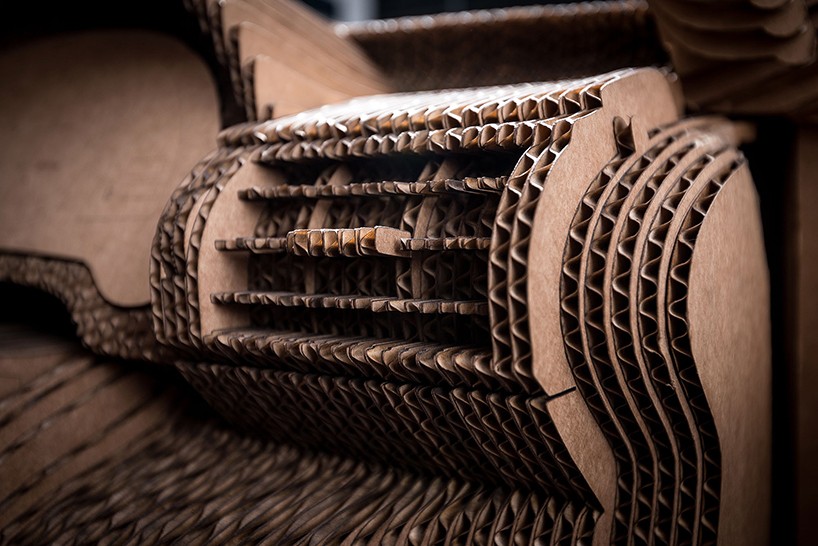 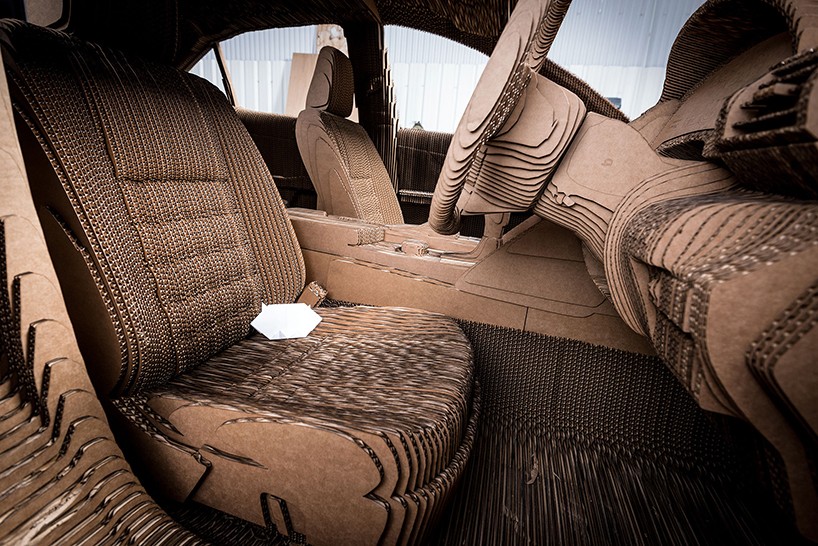 each door opens and closes 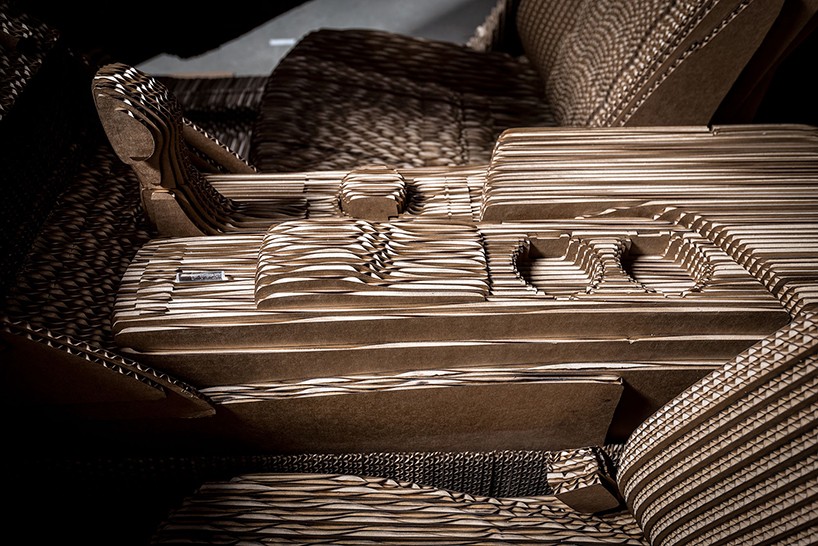 the center console between the driver and passenger