LEXUS’s hoverboard turns out to be more interesting each week. the board will only lift off of surfaces that are magnetic, which means traditional concrete skateparks won’t work. check out the video below featuring professional skateboarder ross mcgouran.

several companies have drawn on hovercraft technology to attempt and create hoverboard like products but none have demonstrated similar experiences to those depicted in films like ‘back to the futures 2’. japanese luxury car maker LEXUS has just teased the world with their hoverboard concept named simply, ‘slide’. the board uses magnetic levitation to achieve frictionless movement, and uses liquid nitrogen to cool the superconductors and permanent magnets.

the ‘slide’ also features the LEXUS spindle shaped logo and is finished in bamboo wood. the endeavor is coming from the brand’s own ‘amazing in motion‘ department, which innovates through unique designs, technology and creativity. Lexus will be updating the public every week with new photographs and videos. stay tuned to designboom for more about the ‘slide’ and take a look at our other articles of other popular hoverboards like the ‘hendo’ or the experimental project created by ryan craven.

the vapor is the liquid nitrogen that cools the magnets 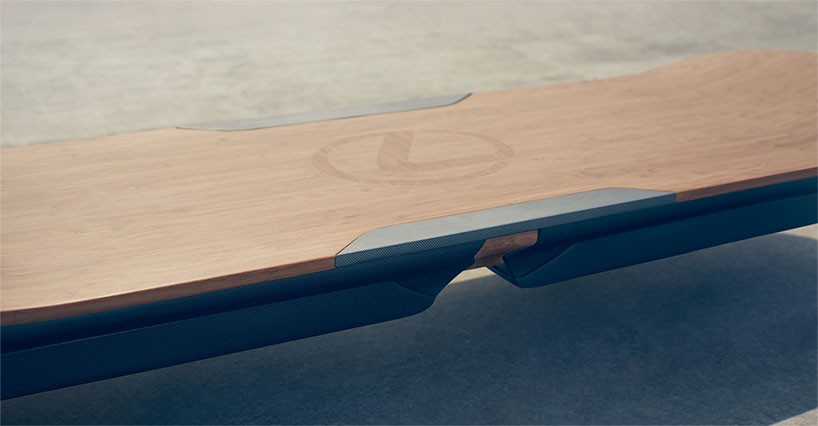 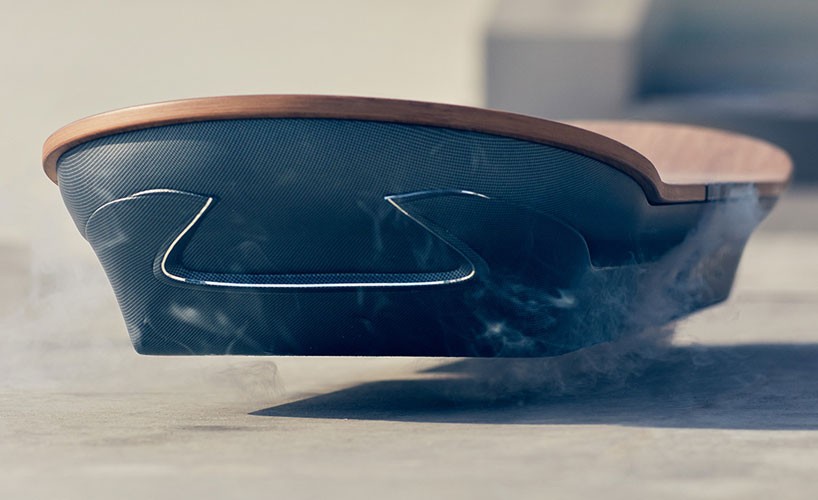 the board uses magnetic levitation