at the 2015 tokyo motor show, LEXUS exhibited the brand’s future flagship sedan, the ‘LF FC’. powered by a high output hydrogen fuel cell all-wheel drive system, the concept features a fresh styling theme that embodies an aggressive elegance a grand touring vehicle. an evolved version of the LEXUS signature grille with a new mesh design that dominates the front, while the daytime running lights extrude from the front fenders. the rear is highlighted by a set of taillights that adopt the same floating theme as the front. the roofline flows from the front to the rear in the same manner as a two door coupé would.

the spacious interior of the LEXUS ‘LF FC’ has been designed to wrap its passengers in a comfortable yet futuristic environment, while delivering the driver a highly dynamic cockpit. highlighting the new technology inside the concept is an advanced humanoid machine interface that can be operated by simple hand gestures, without the need to touch a panel or controls. a small holographic image on the centre console indicates where the system can interpret the user’s gestures to control the audio system and ventilation. 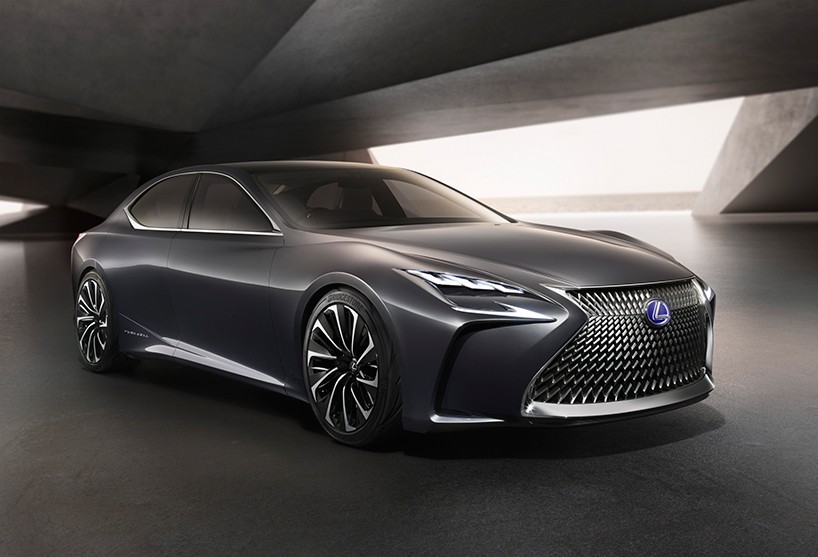 the LEXUS signature grille with a new mesh design

at the heart to the LEXUS is a hydrogen fuel cell system that powers the rear wheels, and also sends power to the two in-wheel motors in the front. the strategic placement of the fuel-cell stack at the rear of the vehicle, power control unit at the front and t-formation configured hydrogen fuel tanks result in front and rear weight distribution optimal for a sporty sedan. 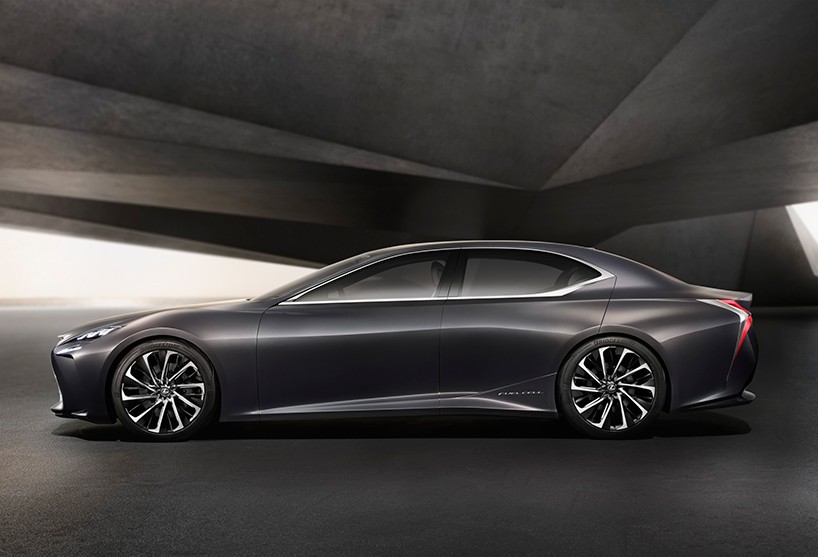 the sedan’s roofline flows from the front to the rear 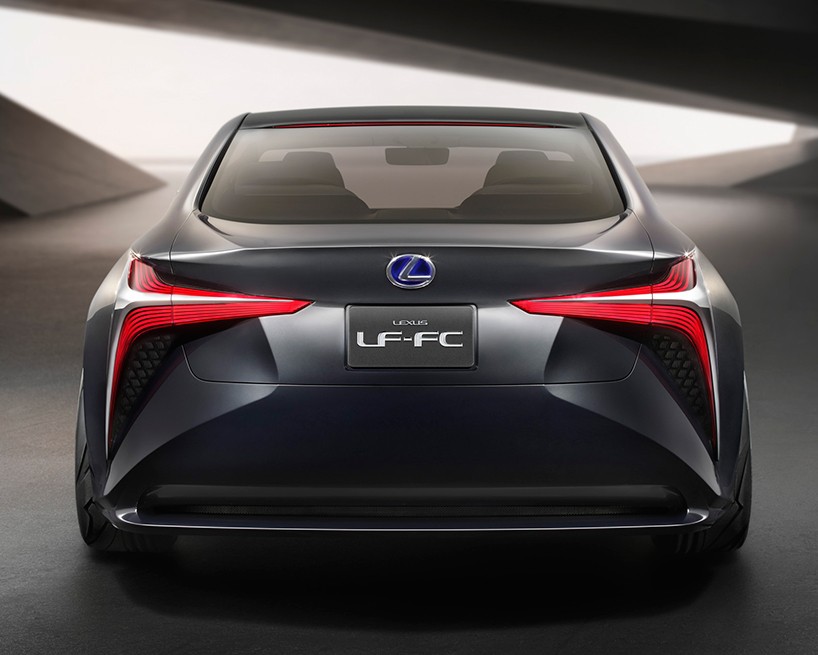 the rear taillights extrude from the fenders 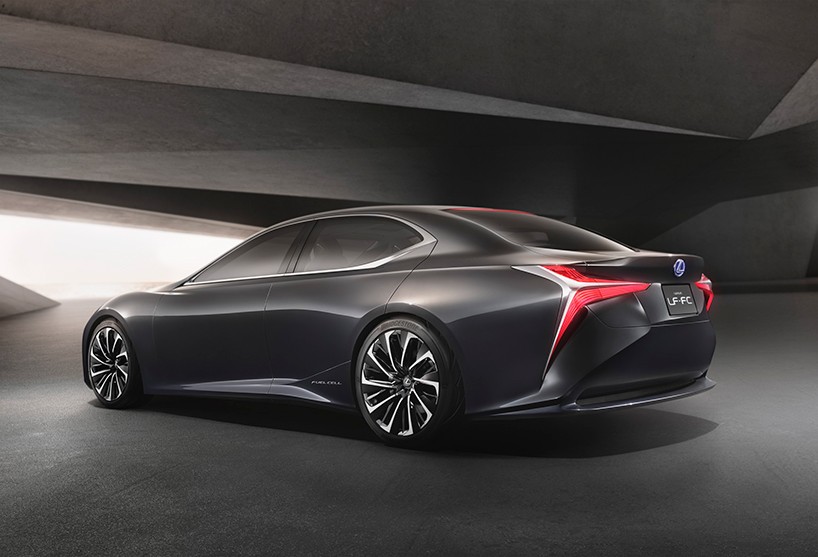 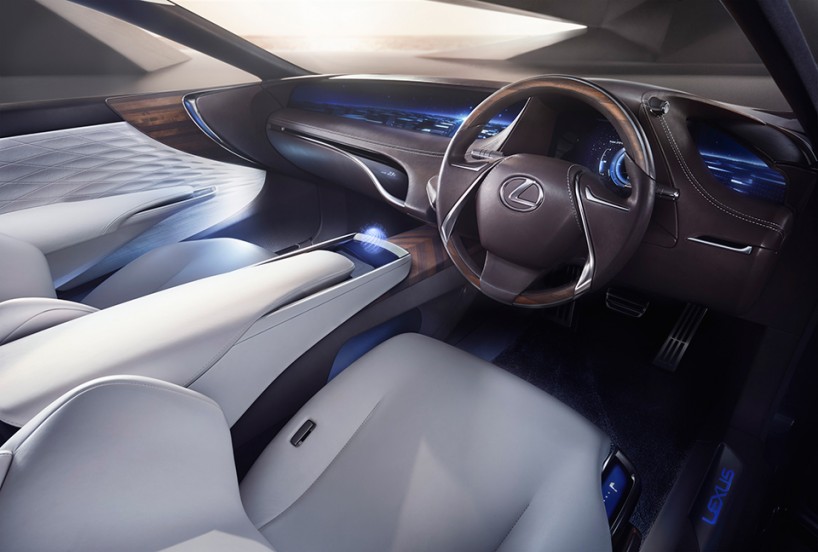 the center console includes a hologram for gesturing 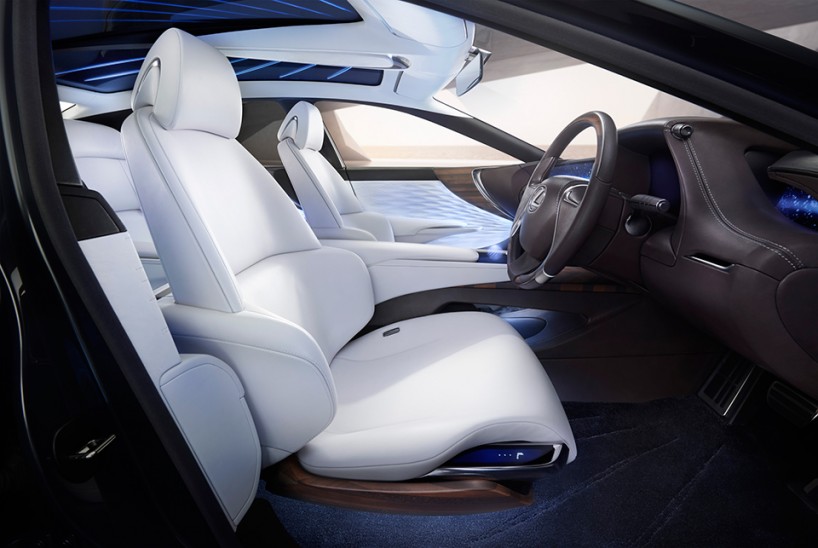 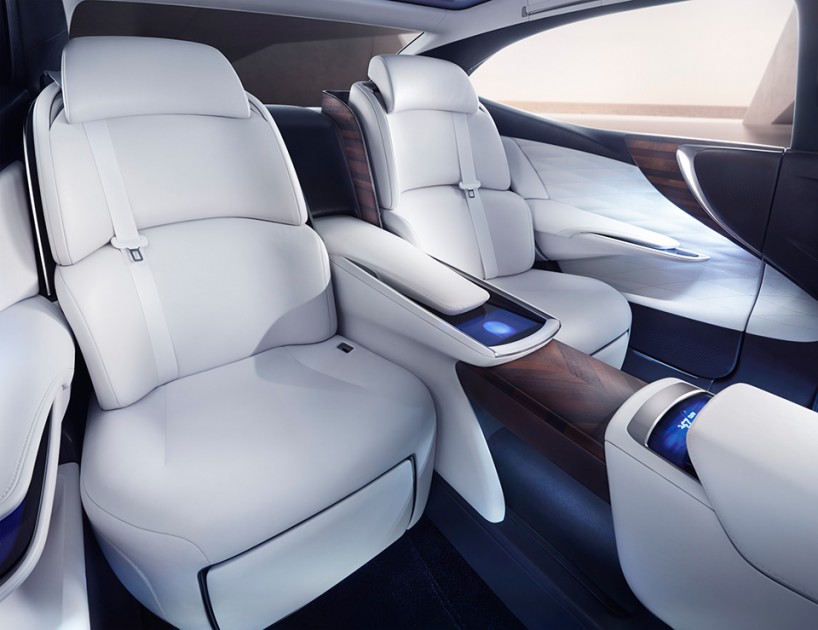 the center console follows through to the rear passenger section 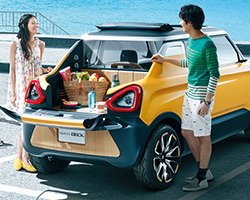 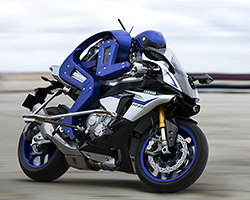 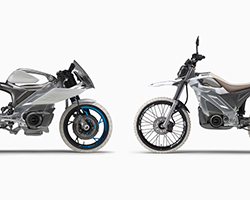 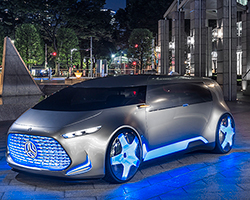 Oct 28, 2015
self-driving concept by mercedes-benz is a mobile lounge for future cities 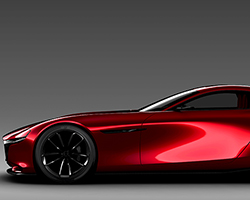