lexus has unveiled its ‘LF-LC’ concept sport coupe, showcasing the company’s emphasis on ‘drive-focused vehicles’ with its combination of performance elements and integrated technology. the car is on exhibition through january 22nd at detroit auto show 2012. featuring a glass roof, the ‘LF-LC’ is a front-engine, rear-wheel drive hybrid four-seater in 2+2 configuration (two in the front and two in the rear). daytime running lights, as well as integrated tail and fog lamps, resemble the form of an inverted ‘L’; while air intakes at the base of the car’s mesh spindle grille offer an element both functional and sculpture. 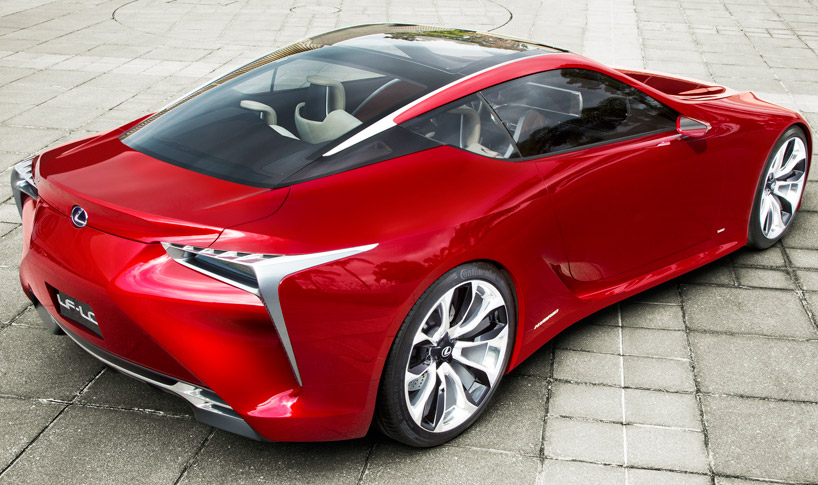 3/4 rear view from above

the vehicle’s interior features a central touchscreen control board, with optionally raisable touchscreen keyboard between the front seats, utilizable for control of audio, climate functions, and navigation. smaller touch panels are built into the sides of each door to control side mirrors, doors and windows, and seat adjustments. the instrument panel is a 12.3-inch LCD display that layers analog and digital elements to showcase temperature, fuel economy, tachometer, and speedometer. 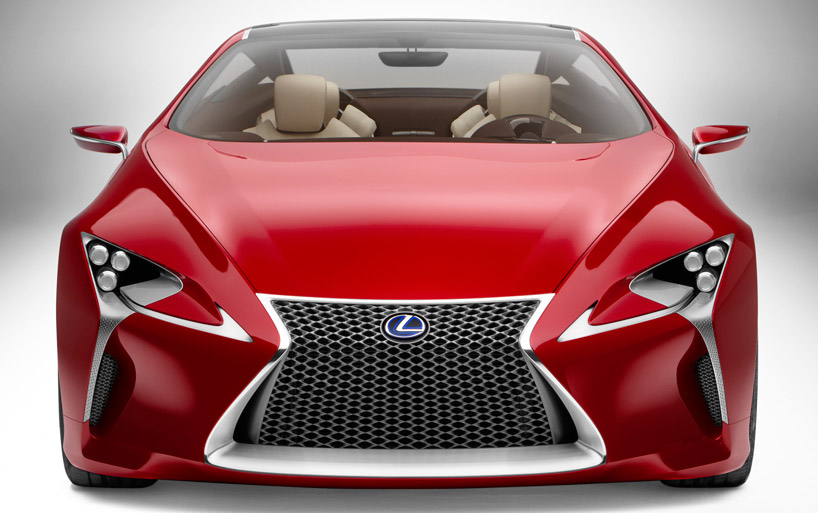 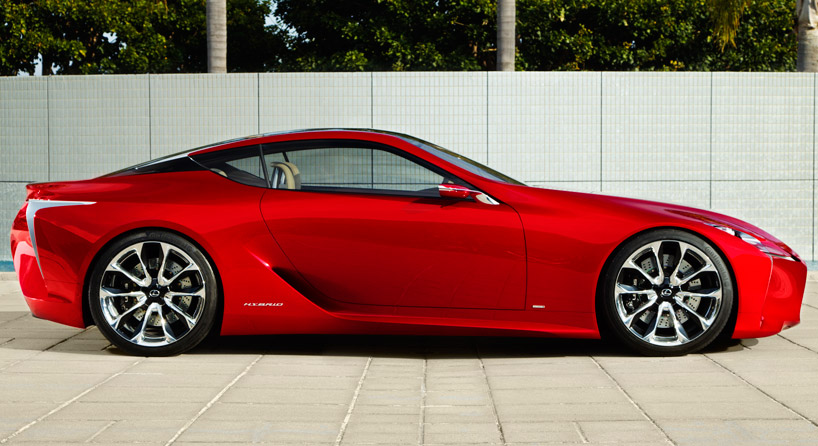 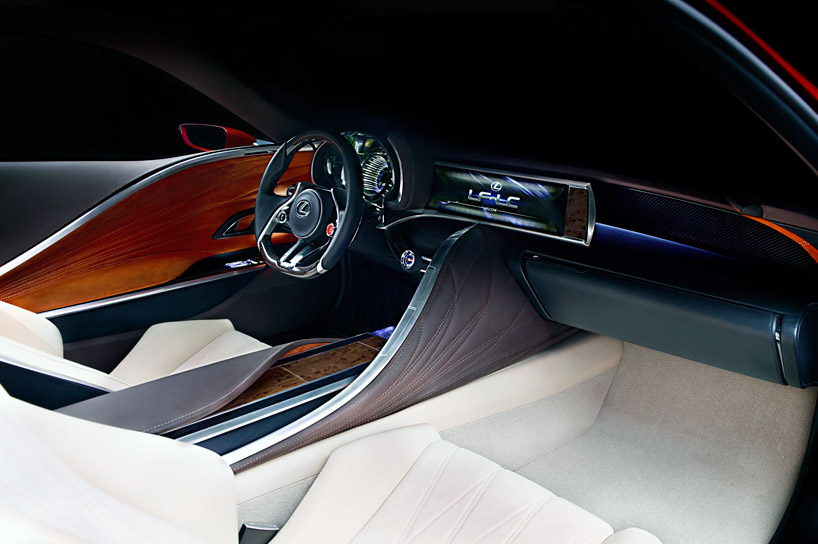 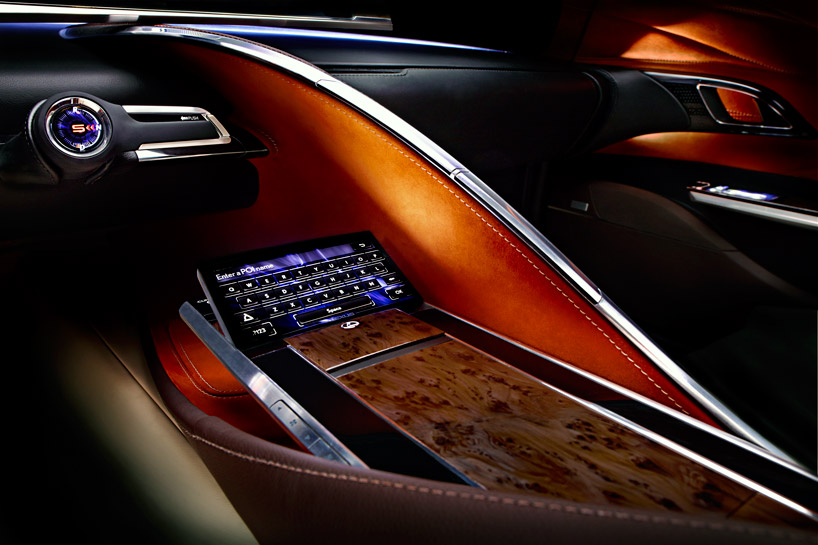 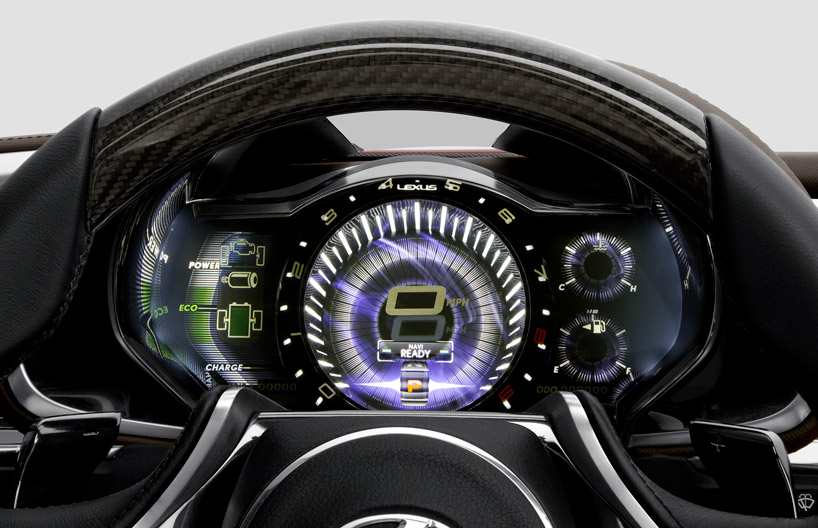 detail on the multi-layered dashboard, integrating both LCD and analog elements 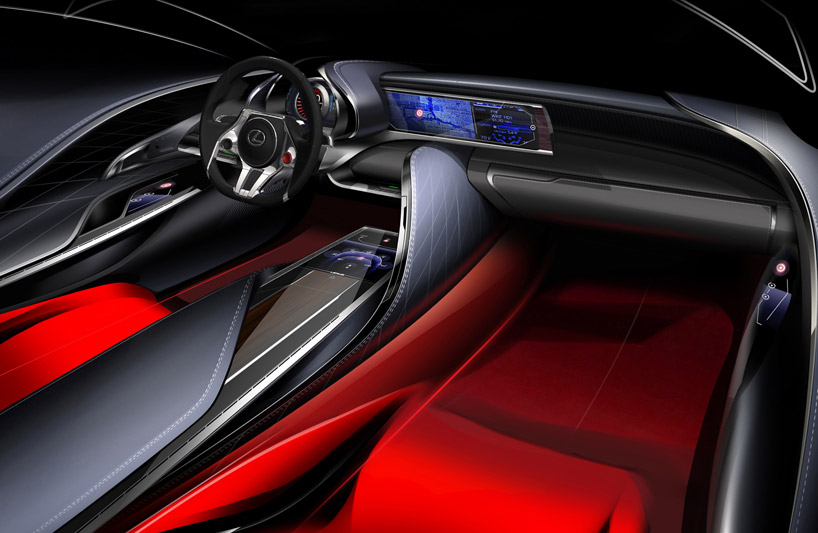