a team of archaeologists have created a map of ancient mayan cities covered by a jungle canopy in guatemala. the discovery, which uses a technology known as LIDAR (light detection and ranging) maps what the metropoles built between 1000 BC to 1500 AD would have looked like.

all images courtesy of luke auld-thomas and marcello a. canuto/PACUNAM

in july 2016 archeologists commissioned a small plane to fly over a thick jungle in northern guatemala, near the border with mexico. pilots combed the area pointing three lasers at the ground that fired 300,000 pulses of light per second, creating a large scale map of what the area once looked like.

according to the new york times, there are more than 61,000 ancient mayan structures swallowed by overgrowth in the tropical lowlands of guatemala. whilst these findings only reveal a part of this expanse, it could be enough to challenge what archaeologists thought they knew about aspects of the ancient society’s population size, agricultural practices and conflicts between warring dynasties.

as reported by wired, the plane mapped over 800 square miles, about two-thirds the size of rhode island. by utilizing LIDAR technology, the archeologists were able to capitalize on minimum efforts. francisco estrada-belli, one of the archaeologists overseeing the project, says that in less than two weeks, the plane surveyed 10 times the area that maya archaeologists have managed to map since the 1950s.

publishing in science on thursday, the archaeologists tally 61,480 structures on the map. they have revealed new settlements with houses and temples, canals and dams to irrigate crops and prevent floods, as well as agricultural terraces and roads. 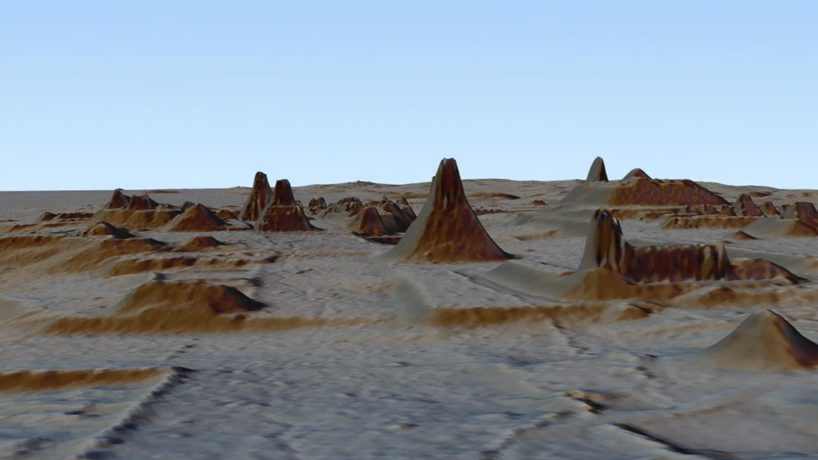 archaeologists have used their findings to calculate population of mayans living in the area. as the new york times details, from the data, the team estimates there may have been about 7 to 11 million people living in the central maya lowlands during what was known as the late classic period, which lasted from about 650 A.D. to about 800 A.D.

the LIDAR technology is not entirely reliable however, sometimes registering structures when it’s just bald ground. because of this it is difficult to piece together the full story. archaeologists have to combine a variety of data sources: not just the LIDAR maps and ground surveys, but the text inscribed on monuments that the society left behind.