lilium aviation’s jet vertical take-off and landing (VTOL), zero-emission, electric aircraft has completed its first flight in germany. with remote controls from the ground, the unmanned two-seater faced a series of tests, including a mid-air transition from hovering to horizontal flight. the company aims for its first manned flight in 2019, and is also considering a five-seater aircraft for air taxi and ridesharing services. founded in february 2015 by four engineers and doctoral students from the technical university of munich, lilium previously proved the concepts functionality with various prototypes , and has now successfully demonstrated its ‘VTOL’ concept is fit for flight. its ‘air taxi’ will be jet-powered by 36 ducted fans that run on electric motors. these are integrated to the wings and canards with 12 movable flaps that direct airflow downwards for taking off and landing, and directs it over the wings to provide lift and forward flight. 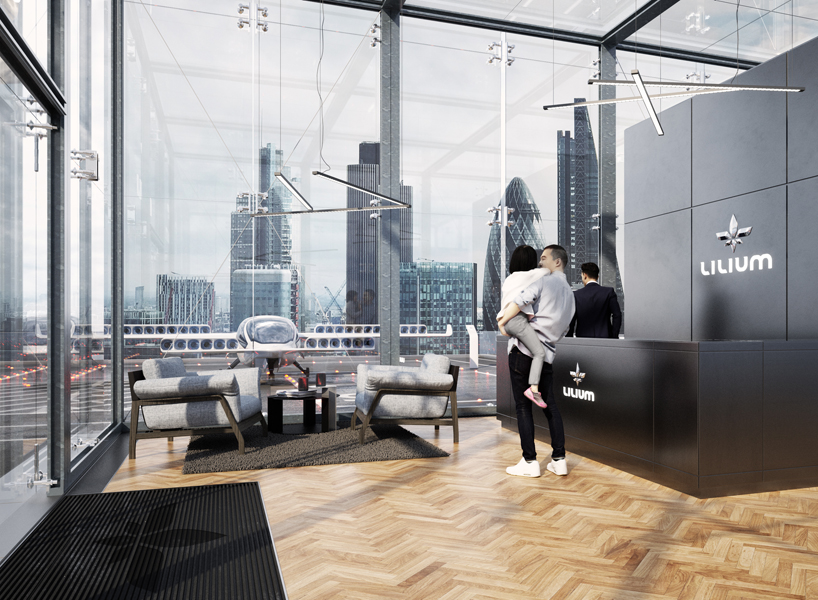 the projected five-seater model claims to use just ten percent of the energy required for a quadcopter-style aircraft, with a range of over 300 km (186 mi), and hitting top speed at 300 km/h (186 mph). this should allow the unmanned aircraft to travel from JFK airport to manhattan in just five minutes, rather than 56 minutes by road – with zero harmful emissions. 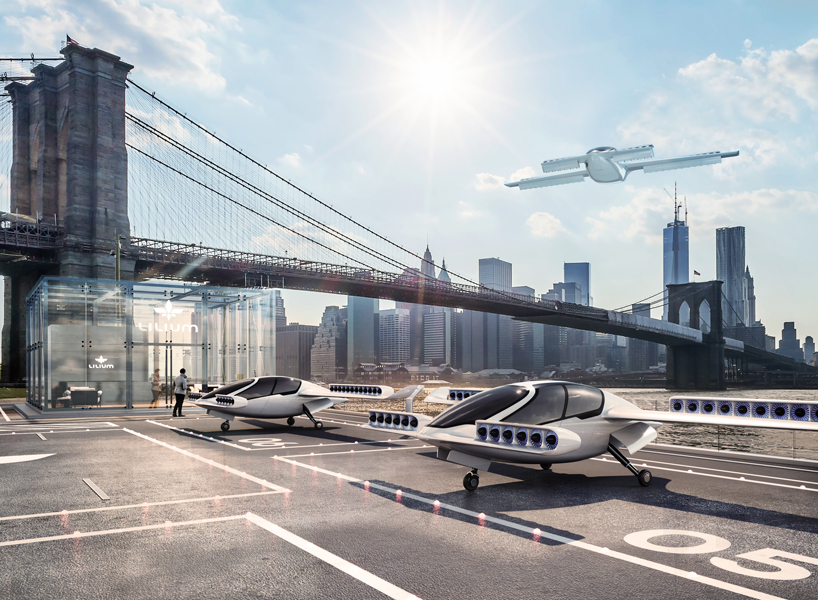 ‘the successful test flight program shows that our ground-breaking technical design works exactly as we envisioned,’ comments lilium co-founder and CEO daniel wiegand. he continues, ‘we can now turn our focus to designing the five-seater production aircraft.’ 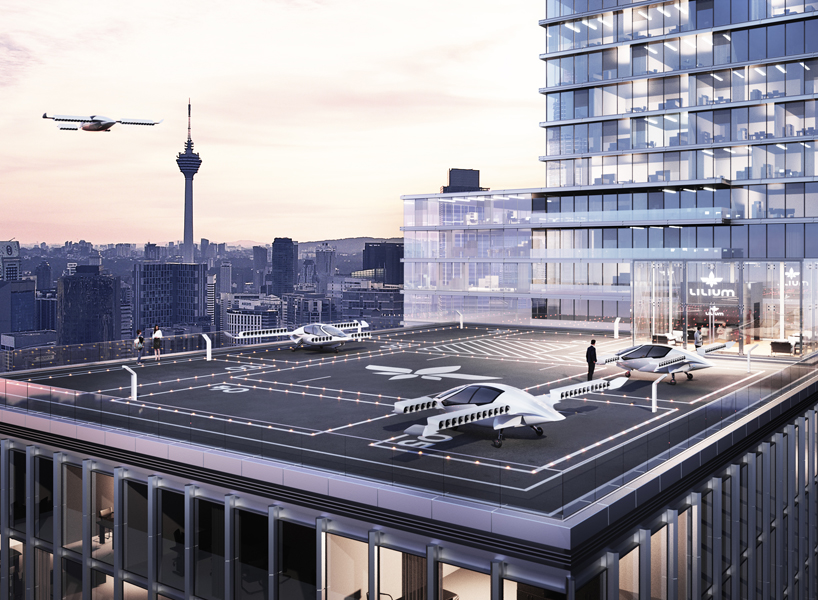 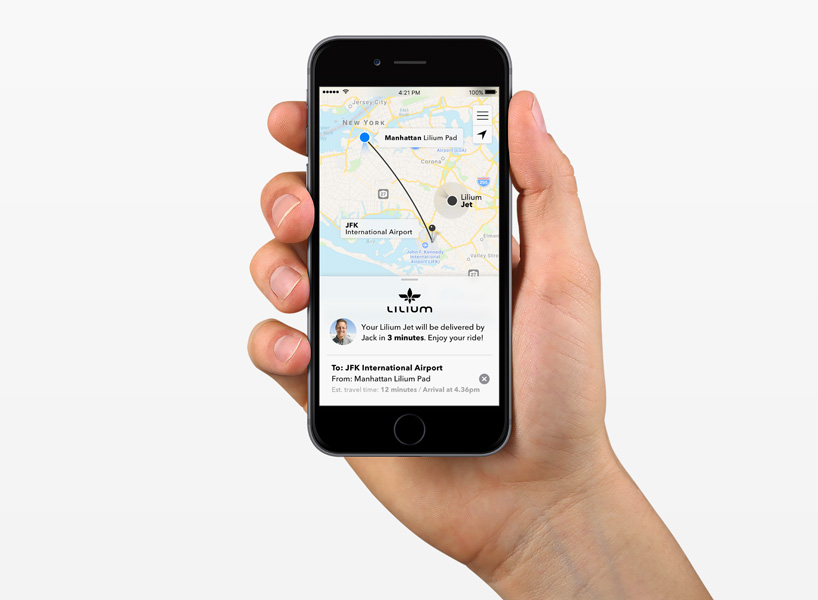 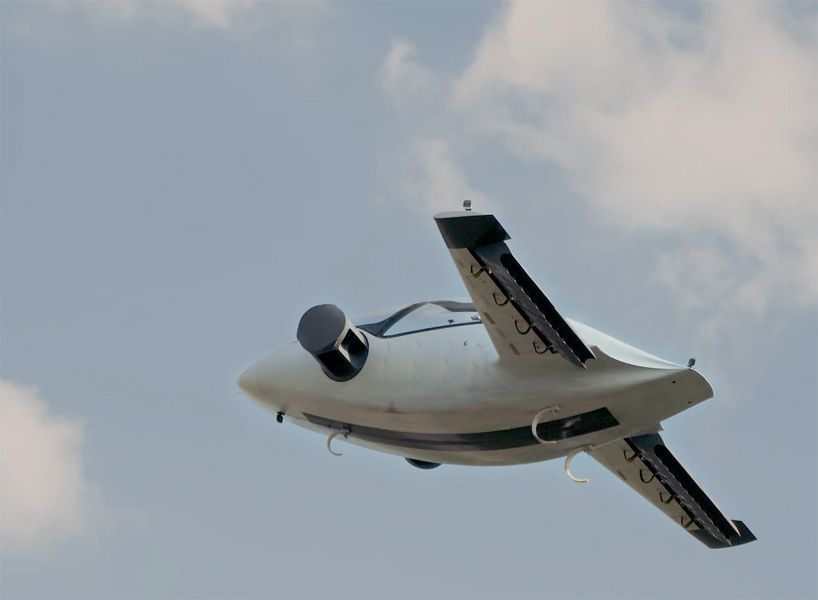 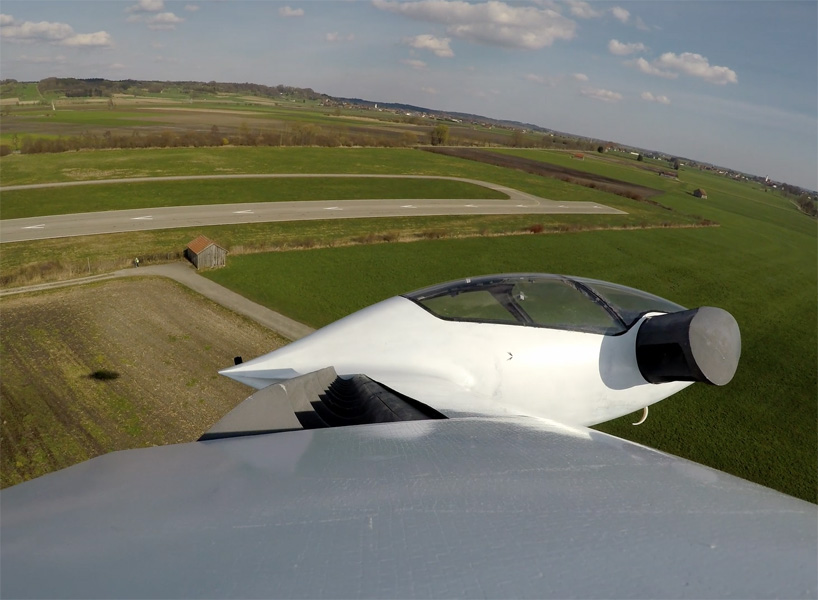