lindo, the electric vehicle based on the piggio ‘ape’, –  also know as the rickshaw in developing countries, is planning on changing the transportation system with a more refined mode rather than continuing by making the system inaccessible and difficult to use. the three wheeler was created by kyle armstrong, a young designer at the university of RMIT, in melbourne australia. he based it around a carbon fibre chassis, and titanium space frame that makes it light yet strong and highly durable.

at the rear of the vehicle, the three wheeler is equipped with six lithium battery cells that care charged through a capacitor, which is able to charge at a quarter of the time it takes for conventionally battery system. the batteries are connected to two wheel hub motors that are directly connected to axis making them more efficient and versatile in a range of different driving conditions. kyle also developed an app for people’s smartphones that can be instantly paired with the lindo vehicle by either the driver or the passenger. the user is able to a service to pick them up from their current location via their smartphone or choose their destination to plan their trip whilst also tracking and monitoring their current usage from the vehicle.

it is based on a carbon fibre chassis 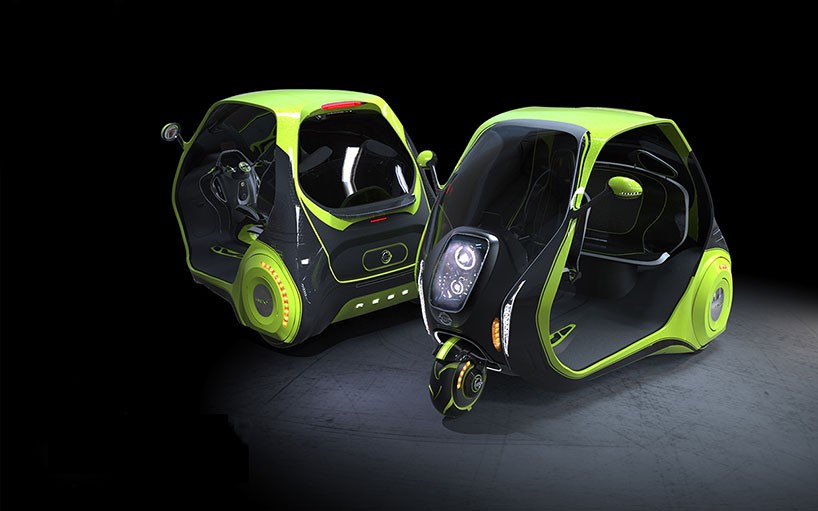 the lindo has LED front headlights 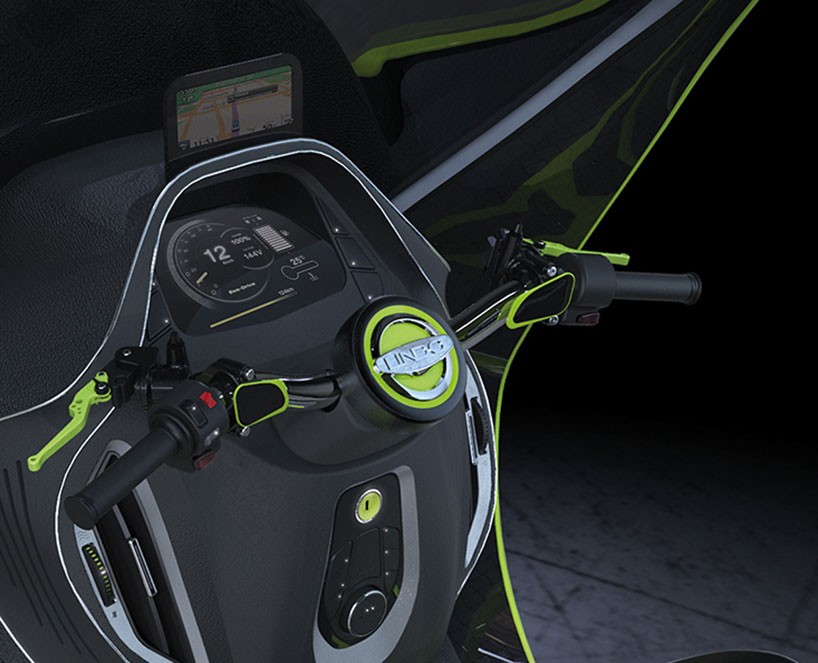 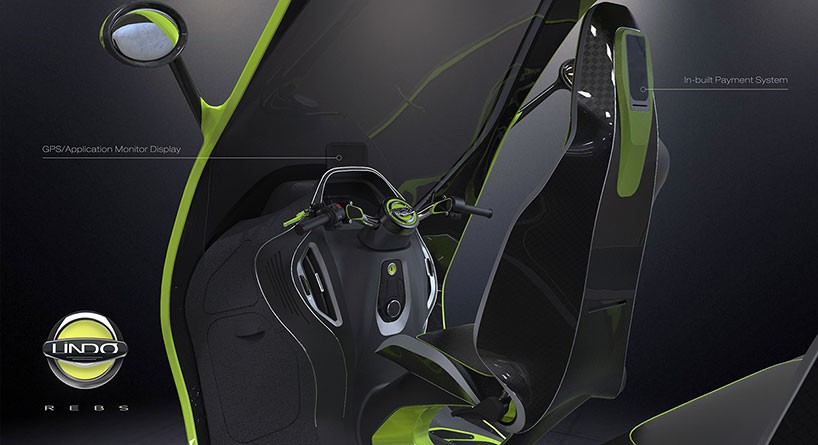 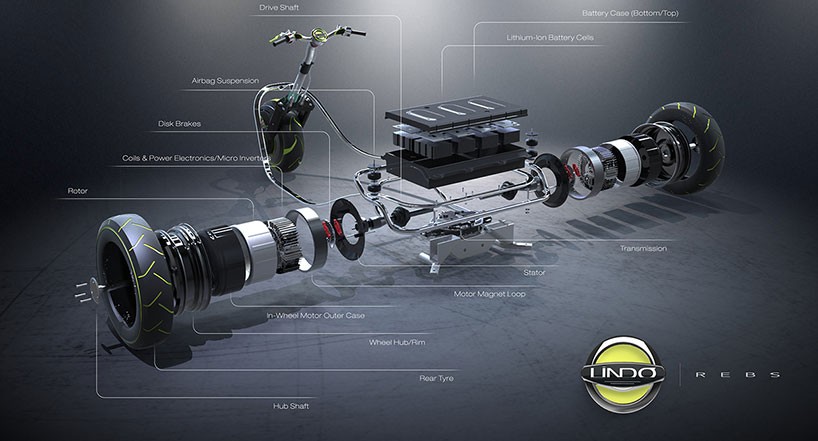 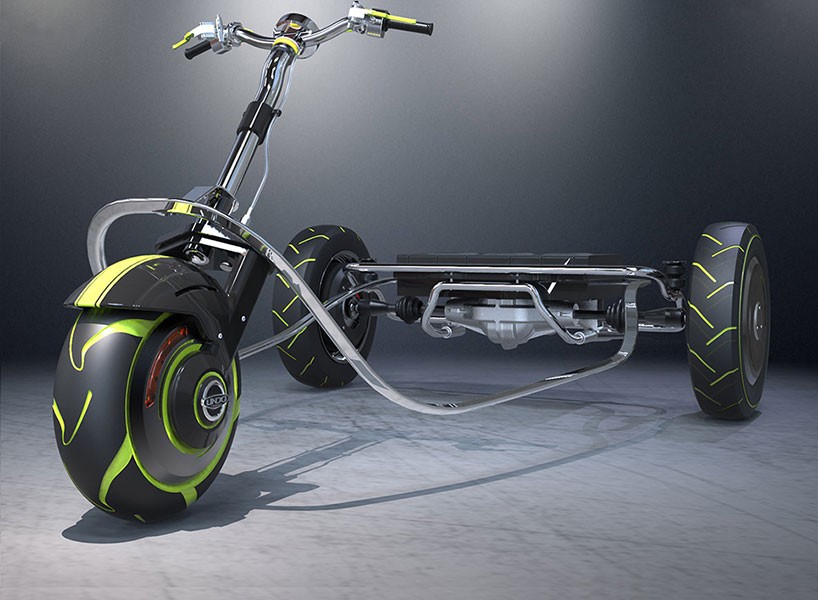 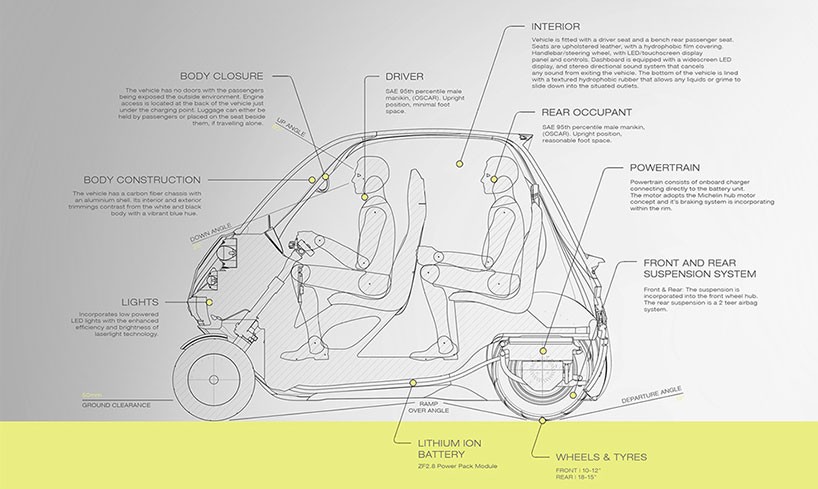 detailed explanation of the lindo vehicle

a clean display to communicate vital information to the driver 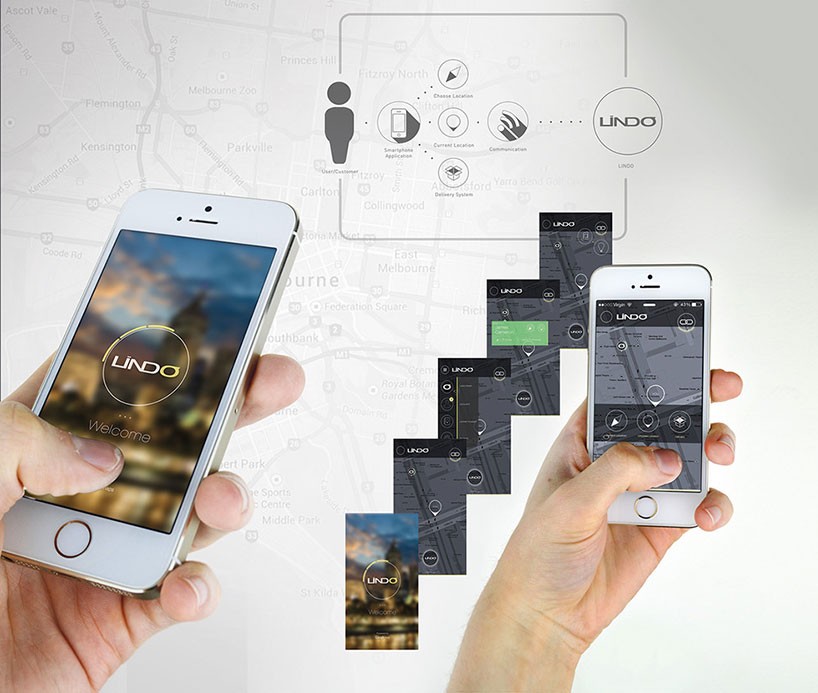 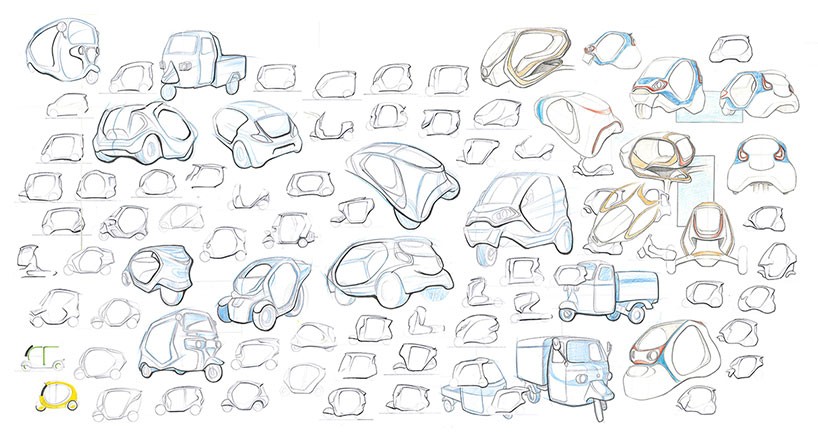 orignal sketches of the lindo 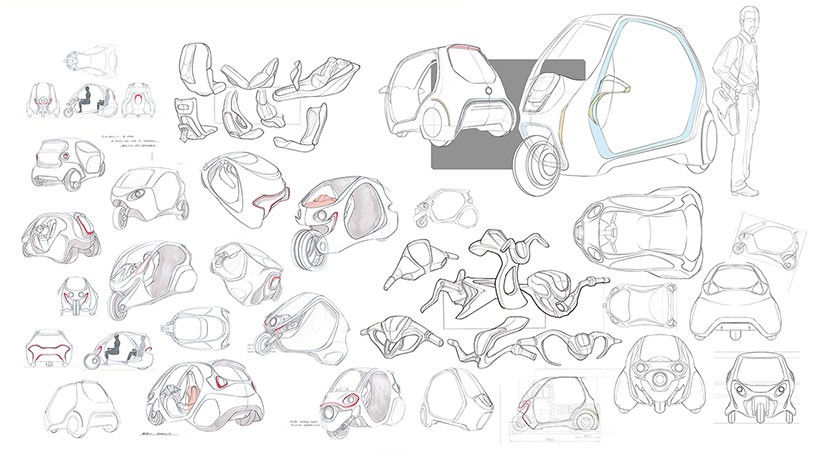