the ‘look 920’ full suspension mountain bike by look cycle, in collaboration with agency 360

the bicycle features a a fully integrated machined aluminum stem, produced in a range of lengths. while the stem is already strengthened by virtue of this anatomy, elastomer steering stops help prevent frame damage in case of collision, and additional steel and alloy pieces protect other elements of the downtube and cable channels.

more technical specifications will be released during the eurobike bicycle trade show in germany, august 31st through september 3rd, 2011.

the ‘920’ is produced in two models, to be available beginning in europe in september: a red and black version featuring an alloy cockpit with low-rise handlebars, planned to retail for 3990 euro; and a black and white model with a carbon cockpit, flat handlebars, and speciality quartz pedals, weighing 10kg (22lbs) and costing 7370 euro. the frames are also produced and sold independently for 3000 and 3500 euro respectively. 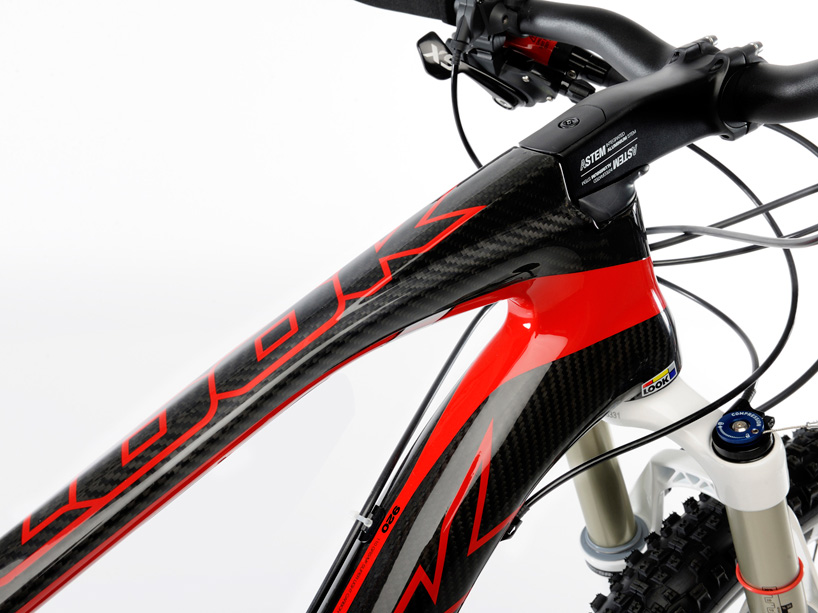 detail on stem and frame 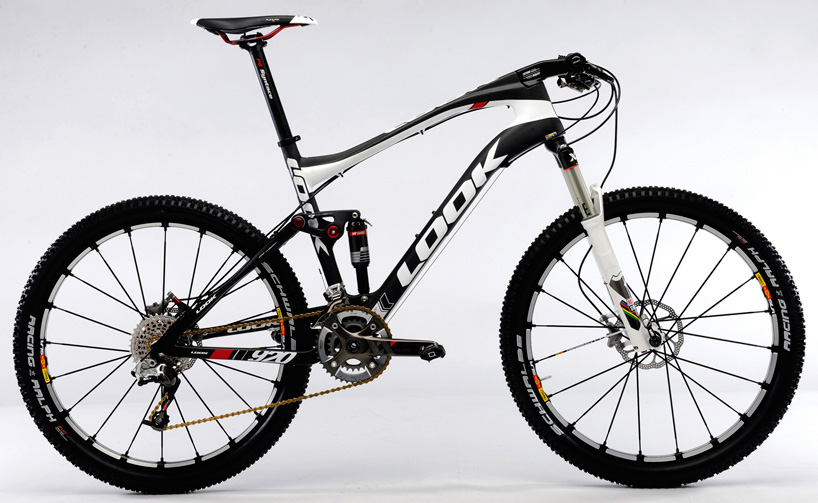 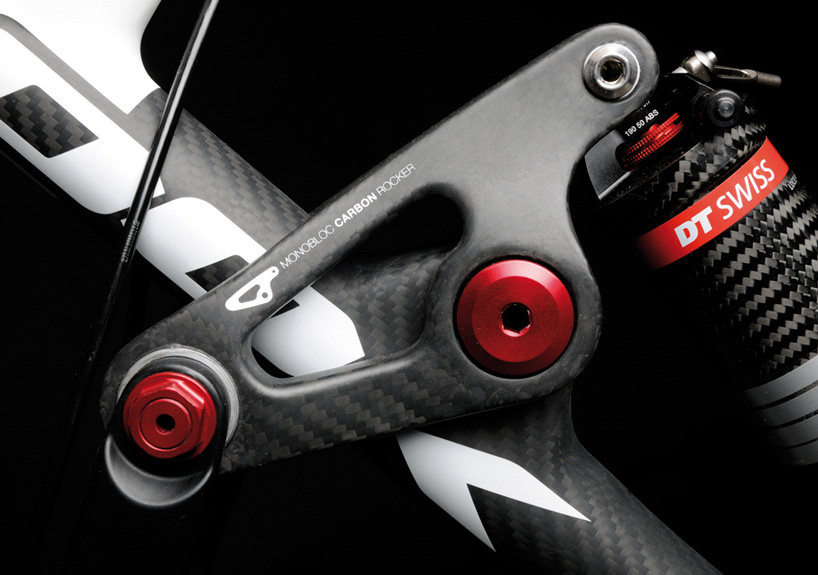 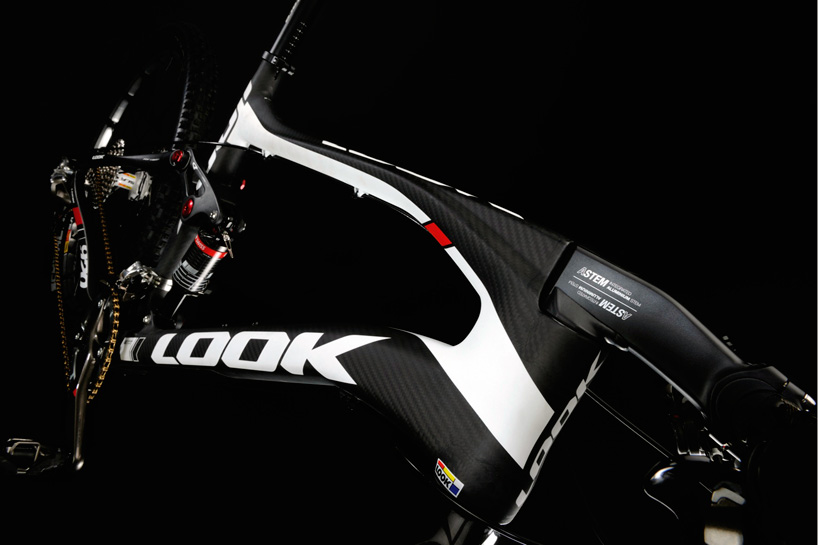 detail view looking down the frame from the front 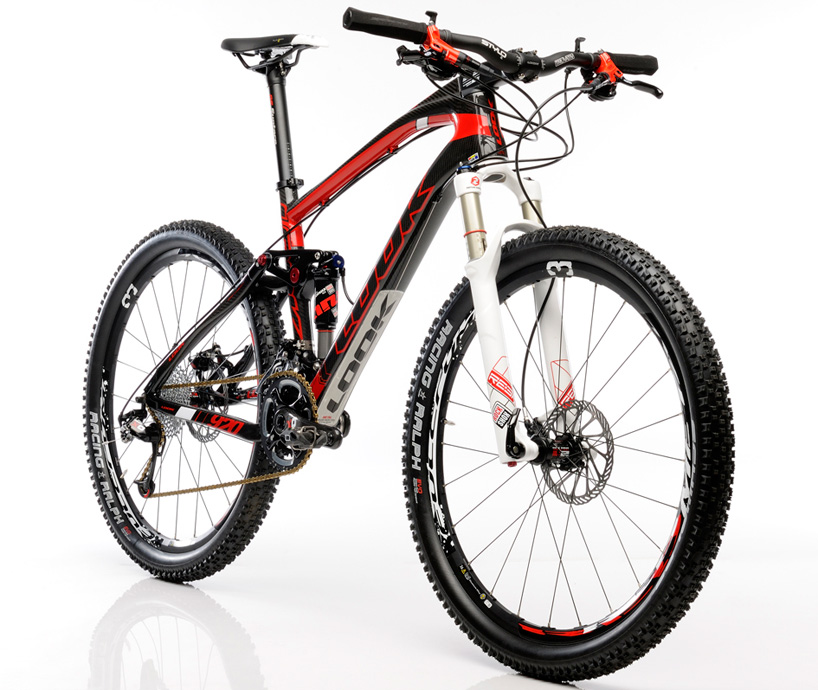 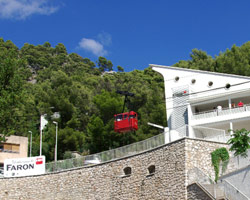