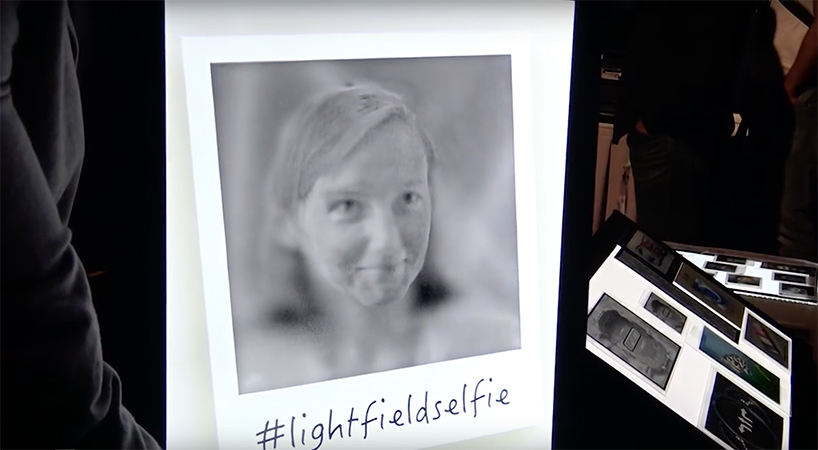 this remarkable new printing booth is particularly popular thanks to an interactive feature: visitors can let themselves be three-dimensionally scanned, after which the data is immediately reworked by lumii’s hologram algorithm and printed on a regular color printer, the same kind found in any office. the image results are completely captivating, as the full-color holographic cards display perfect 3D portraits.

this is especially remarkable as holographic effects are normally only created with special lenses or with materials that are placed on top of the original photo. but the boston-based technology company does so with nothing more than an inkjet printer with a custom algorithm. the resulting ‘light field prints’ even future true 3D parallax movement in all directions, meaning 3D images can be viewed from every single angle. 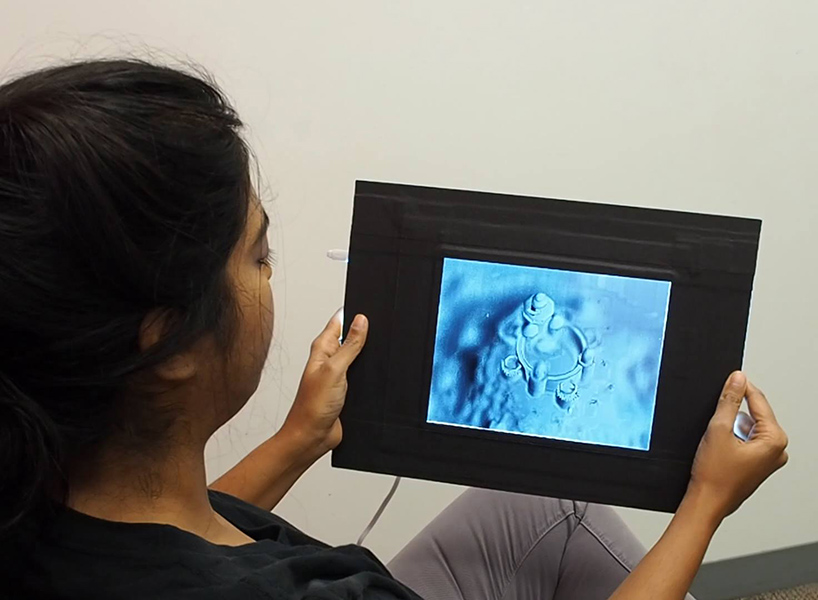 resulting images are used for a variety of applications

this achievement has been realized by co-founders tom baran, matthew hirsch, and daniel leithinger, all MIT graduates. they explain, it’s far more than just a gimmick, ‘a long-standing vision of the display research community has been to create display surfaces with fidelity that is indistinguishable from reality. our research is aimed at making progress toward this goal, in particular by creating high-resolution automultiscopic light field displays capable of full horizontal and vertical parallax.’ 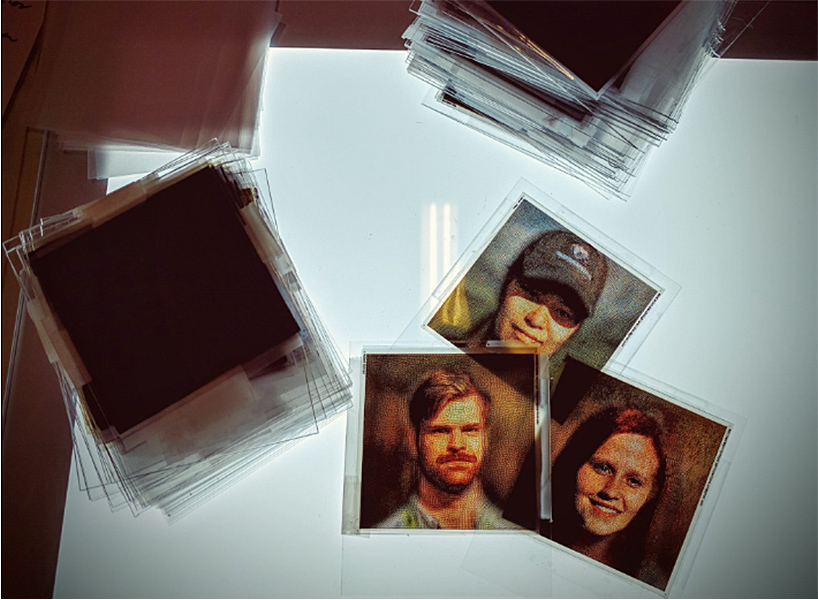 hundreds of photographs can be viewed three dimensionally then stored flat

while other researchers have already tasted some success in that field, every 3D image will quickly cost several hundred times more than this regular color print. what’s more, they are also very limited when it comes to resolution, ‘the way that we do it is instead of using specialized optics like lenses, we use algorithms to take a 3D model — the kind of model that you might use in a program like autocad or a CAD package — and we turn that into a special patterns,’ baran explained. ‘and when you print the patterns and lay them on top of one another, you get a 3D effect.’ 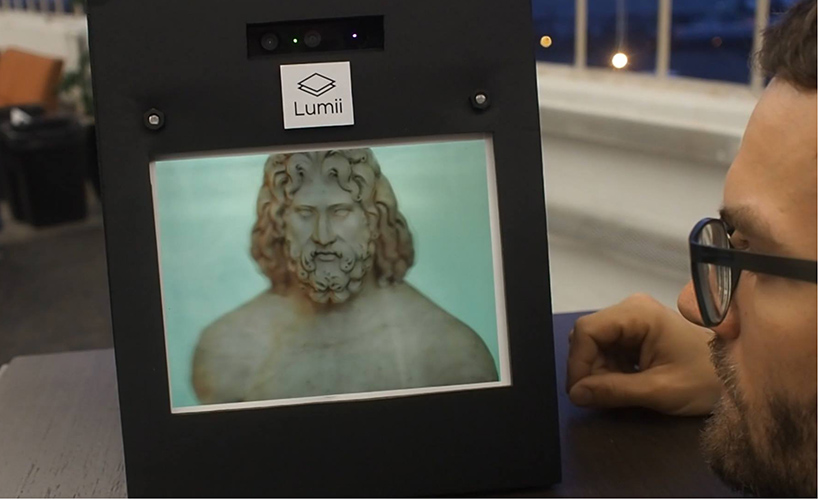 while it appears like a cool printing toy, lumii is serious about commercializing their algorithm as well. ‘optimized light field displays that put inexpensive, high-quality, print and digital displays in the hands of users will create exciting opportunities in human computer interaction, 3D printing and manufacturing, medical diagnostics, media and advertisement, augmented reality, artistic expression, and beyond.’ they argue. especially the fact that not much specialized equipment is required to this very potent technology.