the ‘lumix DMC-3D1‘ by panasonic is a dual-lens camera capable of taking high-resolution 3D images or the simultaneous recording of still and video footage.

measuring 4.25-inches wide by 2.3 inches tall and 0.95 deep (108 x 58.5 x 24.1mm) with a sliding front lens cover, the ‘3D1’ features a 12-megapixel image sensor, capable of recording high-resolution 2D photos and 3D images in up to 8-megapixels, as well as 1920×1080 2D and 3D HD video. the device’s two ultra wide-angle lenses actually capture images independently, enabling users to take 2D still and video footage simultaneously, or record a scene at different levels of zoom, in addition to its use in capturing 3D imagery. operation is controlled via a 3.5-inch touchscreen, as well as with a dedicated button for switching between 2D and 3D shooting.

the camera features built-in multiprocess noise reduction, as well as the capacity for burst shooting at up to 8fps. intelligent auto mode, autofocus tracking, face recognition, image stabilization, and automatic ISO and exposure controls– as well as a new ‘intelligent handheld nightshot’ mode that layers multiple exposures of the scene– facilitate the shooting of 2D photos and videos. the ‘DMC-3D1’ offers up to 4x optical and 4x digital zoom. 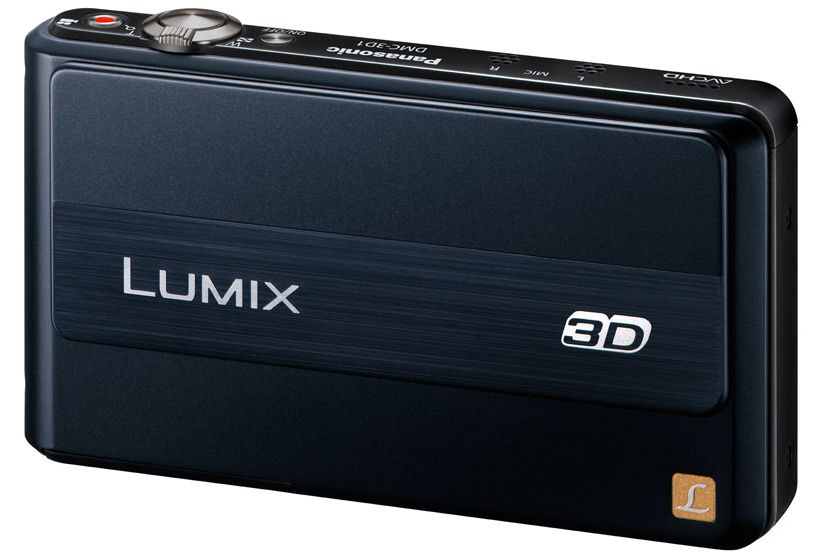 full view of the camera with its sliding lens cover closed 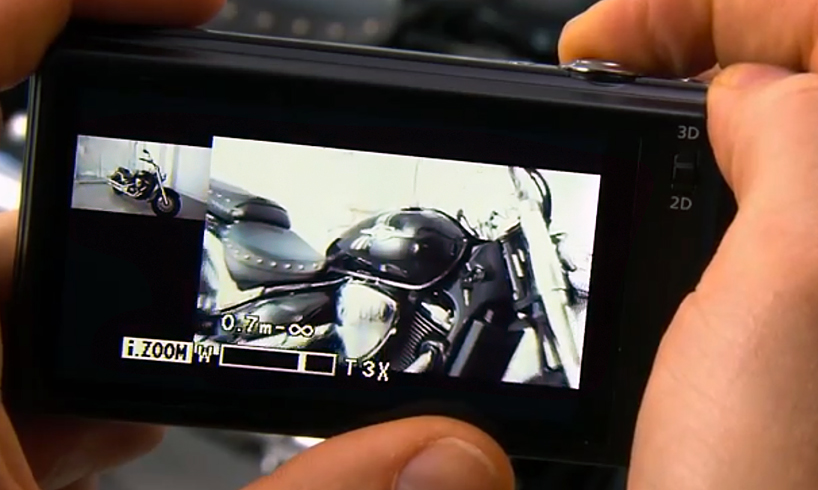 controlled by touchscreen, the device enables users to simultaneously take photographs and video at two different levels of zoom

introduction video to the ‘lumix DMC-3D1’