transport systems catapult unveils the UK’s first driverless vehicle, the electric powered ‘LUTZ pathfinder pod’, at a british government launch event in greenwich, london. the prototype which will be built by RDM group and equipped with sensor and navigation technology developed by the university of oxford’s mobile robotics group, will drive two people on pedestrianized areas. the initiative project will be tested in a controlled ‘urban laboratory’, using a previously agreed route with the milton keynes council.

‘through the LUTZ pathfinder program, the transport systems catapult has pioneered the introduction of driverless pods in milton keynes and the first ever tests in the UK will take place later this year in a controlled public environment. the UK is at the forefront of this emerging new technology and poised to become the leading supplier of autonomous vehicles and systems around the world.’ said transport systems catapult CEO steve yianni.

‘safety is a key benefit of driverless technology, which is particularly relevant given the global trends of an increasing and ageing population.’ 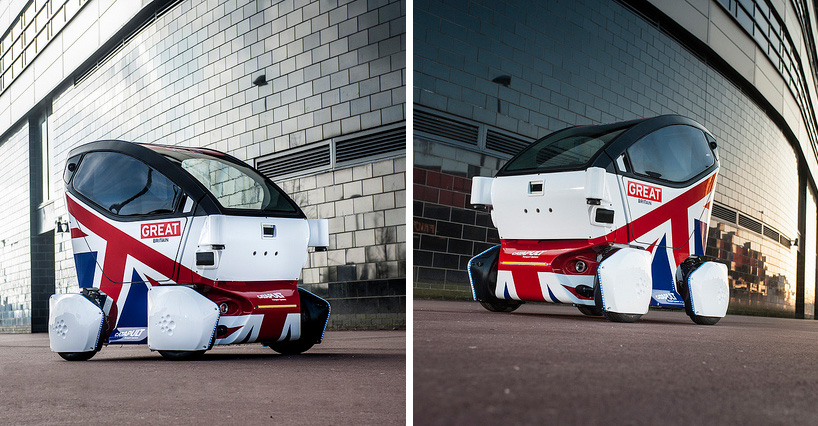 the start of testing for the ‘LUTZ pathfinder pod’, will also kick start the government’s regulatory review into how autonomous vehicles can be used on UK roads. this trial, called the ‘UK autodrive consortium‘ which transport systems catapult is a partner of, aims to conduct public experiments of 40 driverless pods in pedestrianized zones of milton keynes, coventry and greenwich.

the pod is equipped with multiple cameras and sesnors