‘mad men: the game’ is an youtube choose-your-own-adventure game

‘mad men: the game‘ is an interactive, 8-bit-styled youtube choose-your-own-adventure, created by the fine brothers with music and animation designed by pixel artist doctor octoroc (levi buffum). the game lets users determine mad men protagonist don draper’s actions as he seeks to reinvigorate his ideas and achieve inner piece and greater self-confidence. three different endings are possible, determined by the order in which these tasks are completed. after viewing short animated segments, users are offered a choice of actions, selected by clicking, which brings them forward in the story.

‘mad men’ is not the first of the fine brothers’s games to use this interesting format, as the team has previously designed a saved by the bell series, as well as parody interactive accounts of american idol and pop culture news. 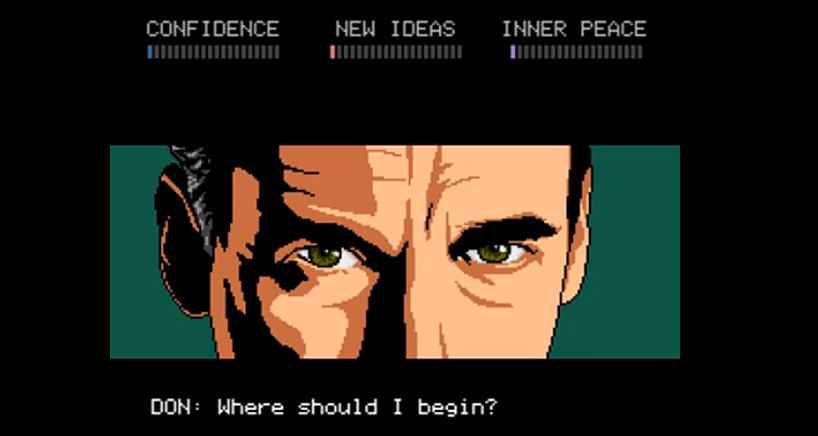 example screenshot during the animated segments