‘makey makey‘ lets users turn everyday objects into touchpads, interfacing via the internet to use them as control panels, musical instruments, or other devices. the system consists of a ‘makey makey’ board, set of alligator clips, and USB cable; and it functions with any computer program or webpage that would normally be controlled by keyboard strokes or the mouse. the unit can also be used as a simple arduino board for developers.

users need only select ordinary objects to function as their controls. this could range from a row of bananas, silverware, or coins to be played as a keyboard; ordinary pencil drawings to use as a game controller; or alphabet soup noodles to make an abbreviated keyboard, to use the examples that ‘makey makey’ designers jay silver and eric rosenbaum offer. any electricity-conducting material will work (insulating materials need only be rubbed with food or water, or topped with copper tape, to become conductive enough to function).

an alligator clip is applied to each object on one side, and to the ‘makey makey’ control board on the other, connecting to the computer or laptop via USB. users specify what function each input object should have based on what slot they clip it to on the ‘makey makey’ board (for example, left, right, spacebar, click).

‘makey makey’ is currently seeking funding on kickstarter, where units can be preordered for a 35 USD pledge. the devices will be on exhibition at the maker faire bay area from may 19th-20th where it will also be beta-tested.

video introduction to the project on kickstarter

the device originated in research at MIT’s ‘lifelong kindergarten‘ group at the MIT media lab. circuits for the production model are being produced by colorado-based sparkfun. 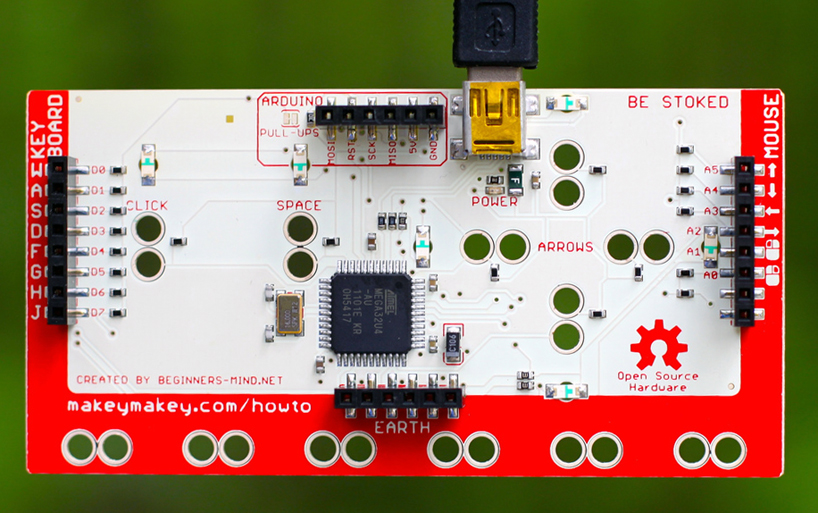 full view of back of control board 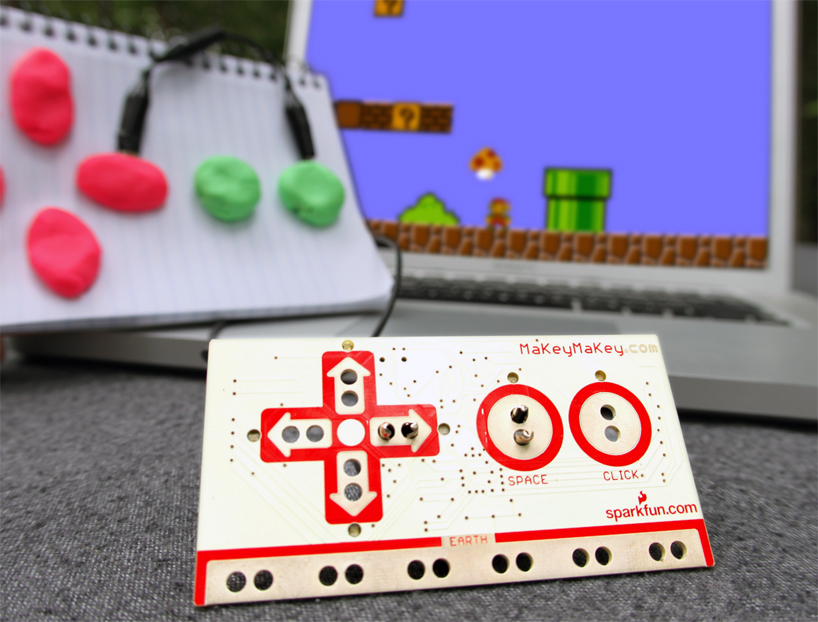 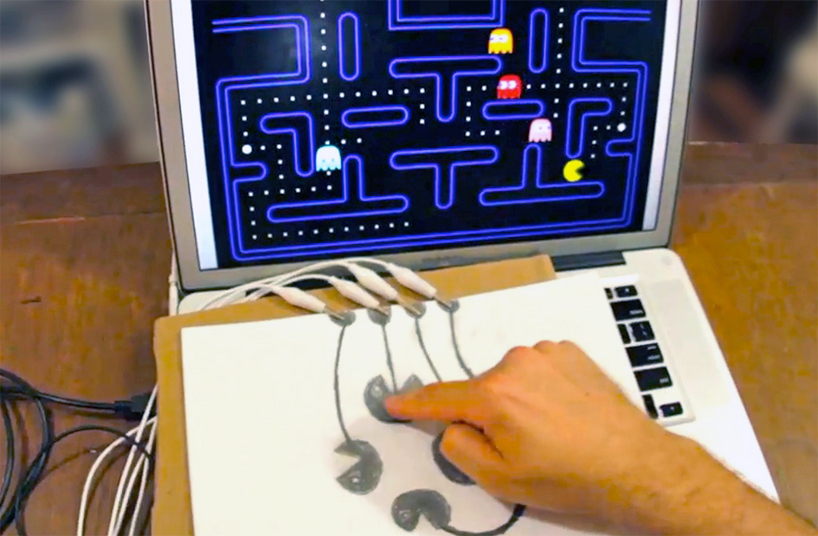 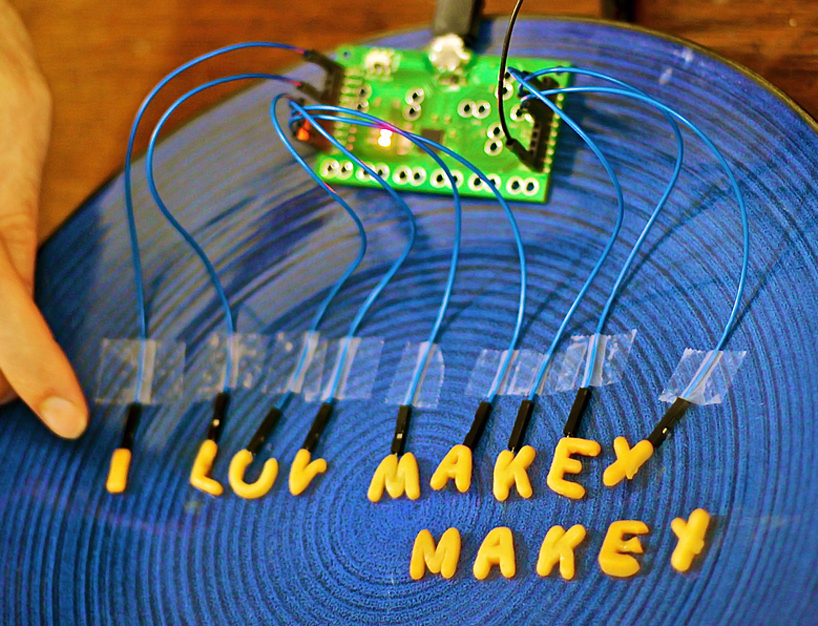 because any conductive material can be used, most foods can be connected via ‘makey makey’ to function as keys 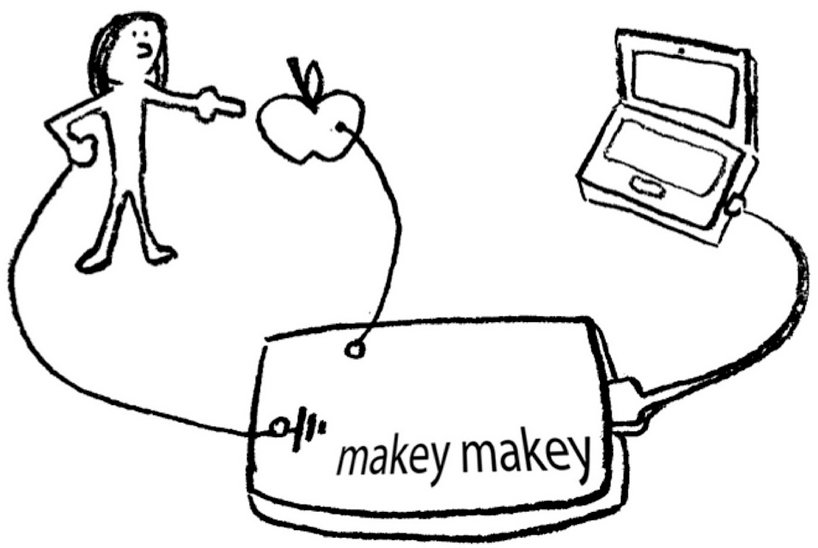