the ‘man made’ collection by tel aviv-based designers ami drach (1963-2012) and dov ganchrow is a series of contemporary artifacts that proposes various gripping and slicing possibilities. the concept originates from the different stone hand-axe forms rather than specific utilitarian actions used in the stone-age. each of the white 3D printed handles complement and highlight a singular use of the tool – the extensions effectively transform the ultimate multi-tool into a specialized object. 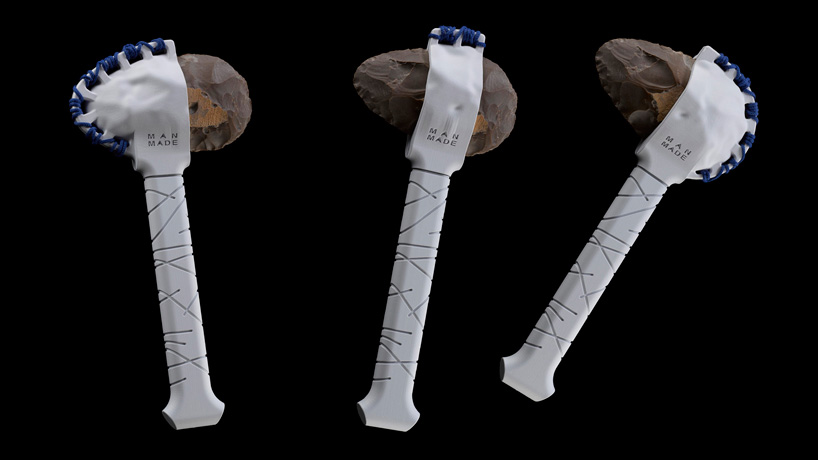 the flint hand-axes were three-dimensionally scanned at the hebrew university, jerusalem’s institute of archaeology. with support from stratasys, the handle files were printed in verogray – a performance polymer. the parts were then prepared and assembled on the original flint hand-axes, effectively joining the two most temporally distant making technologies: flint knapping and 3D printing. 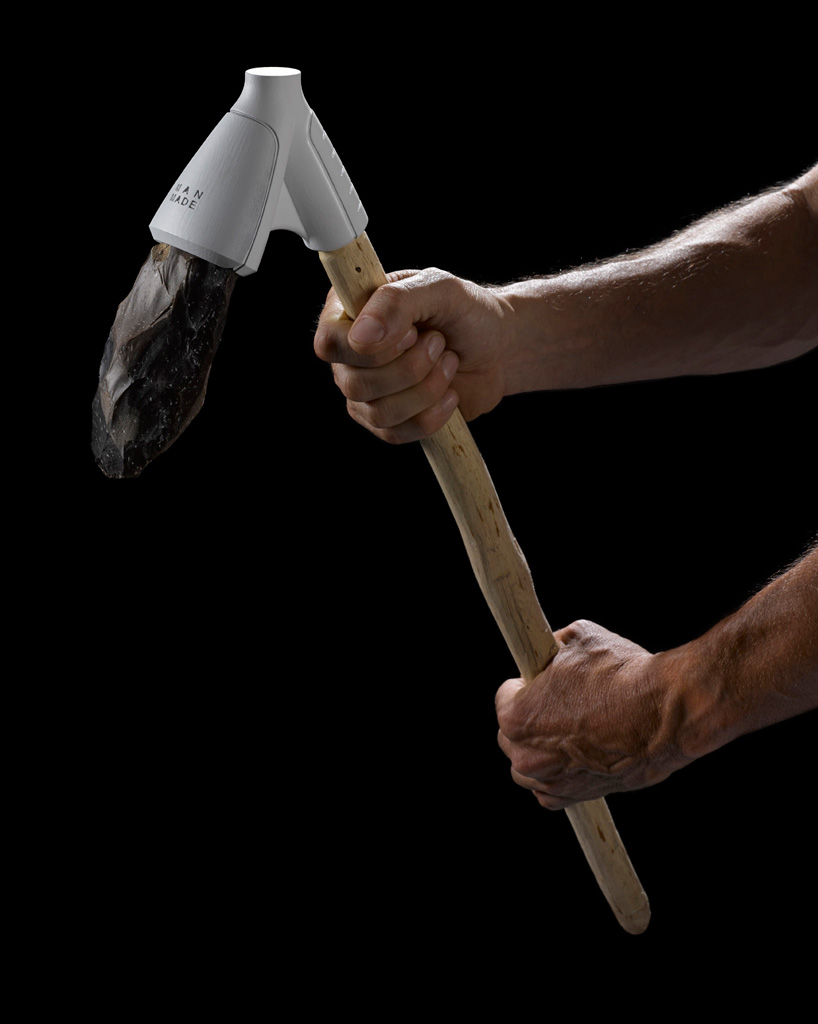 ‘any multi-tool becomes specialized when frozen at a single moment in time during its use,’ says ganchrow.‘the first stage of the project was one of hastened evolution and bleeding: flint rocks of desirable size, shape and material quality were sourced from the negev desert in southern israel, while time was spent improving and understanding the skill of knapping.’ 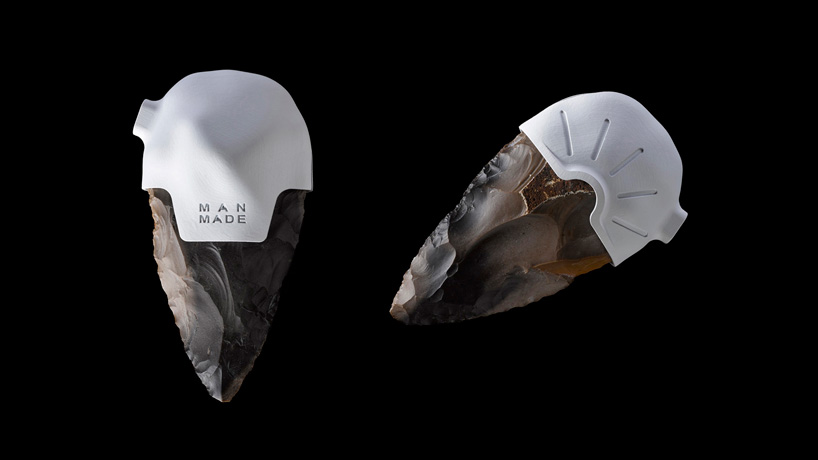 ‘basically this involved the striking of flint with a softer stone (historically a striking bone or antler was also used) to create controlled breakage, and chipping away flint flakes as the impact’s shock wave runs through the stone. needless to say this is also where the bleeding comes in,’ he adds 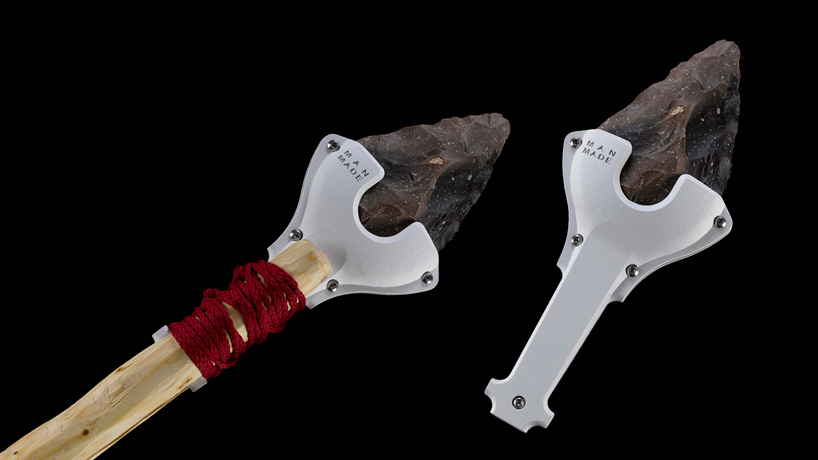 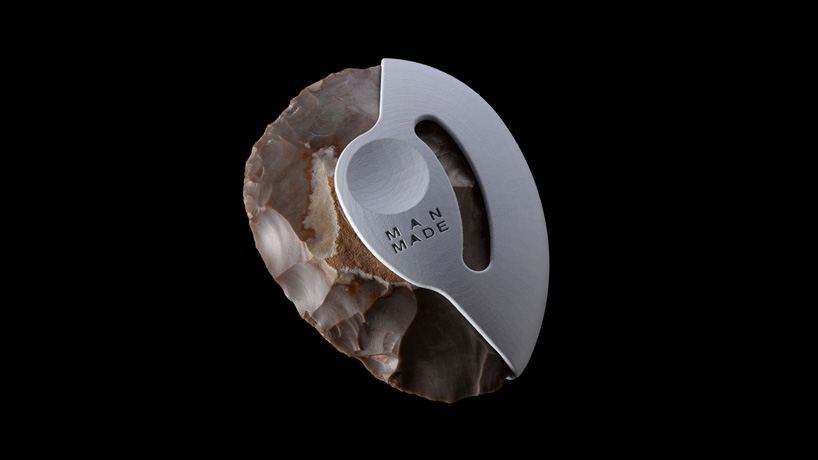 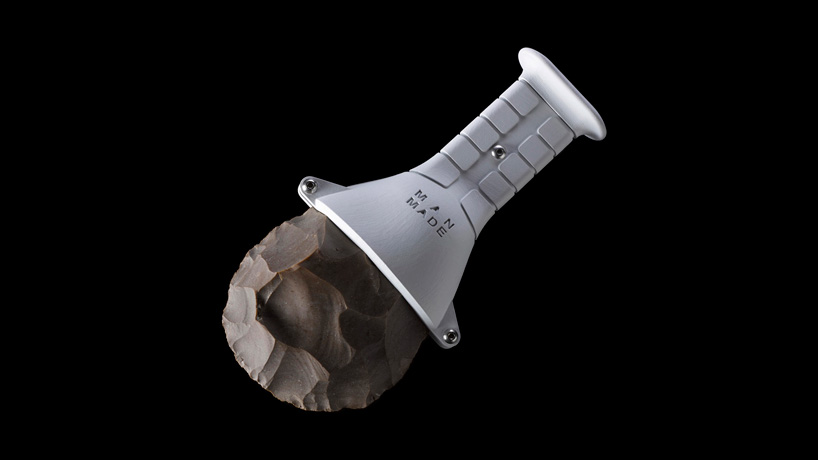 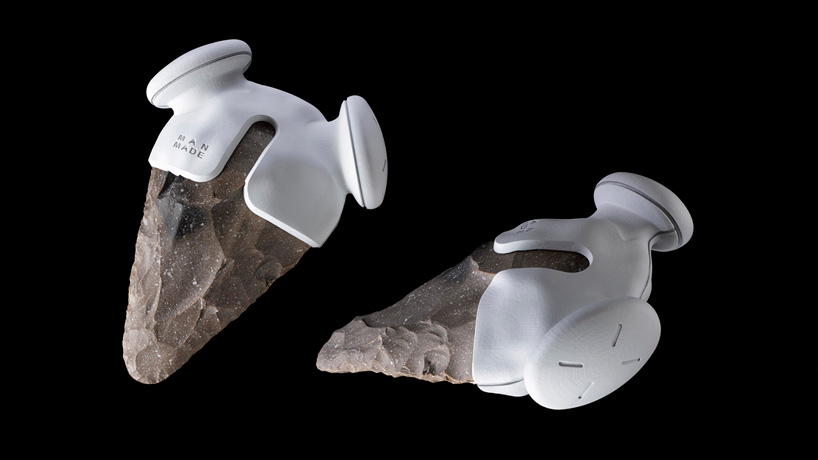 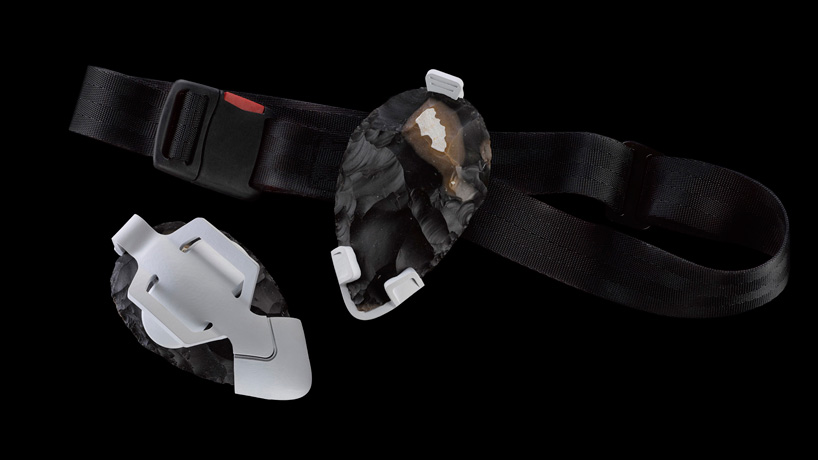 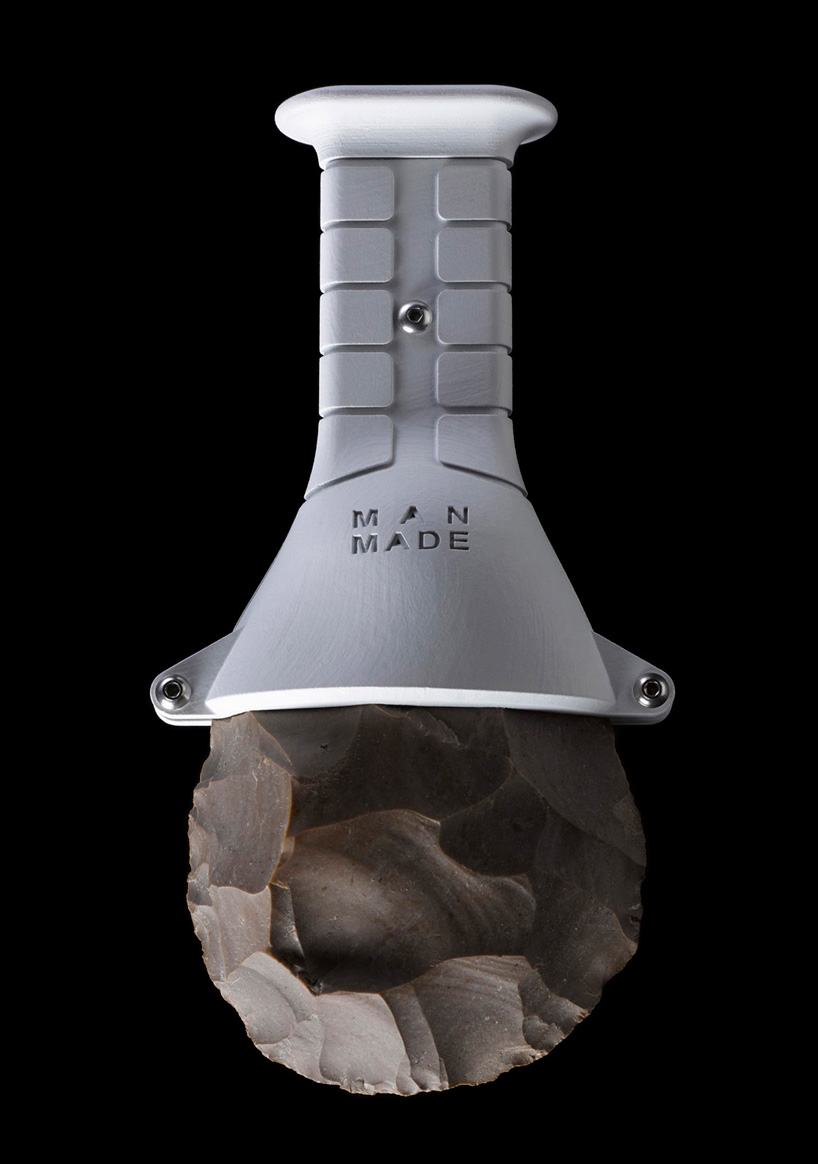 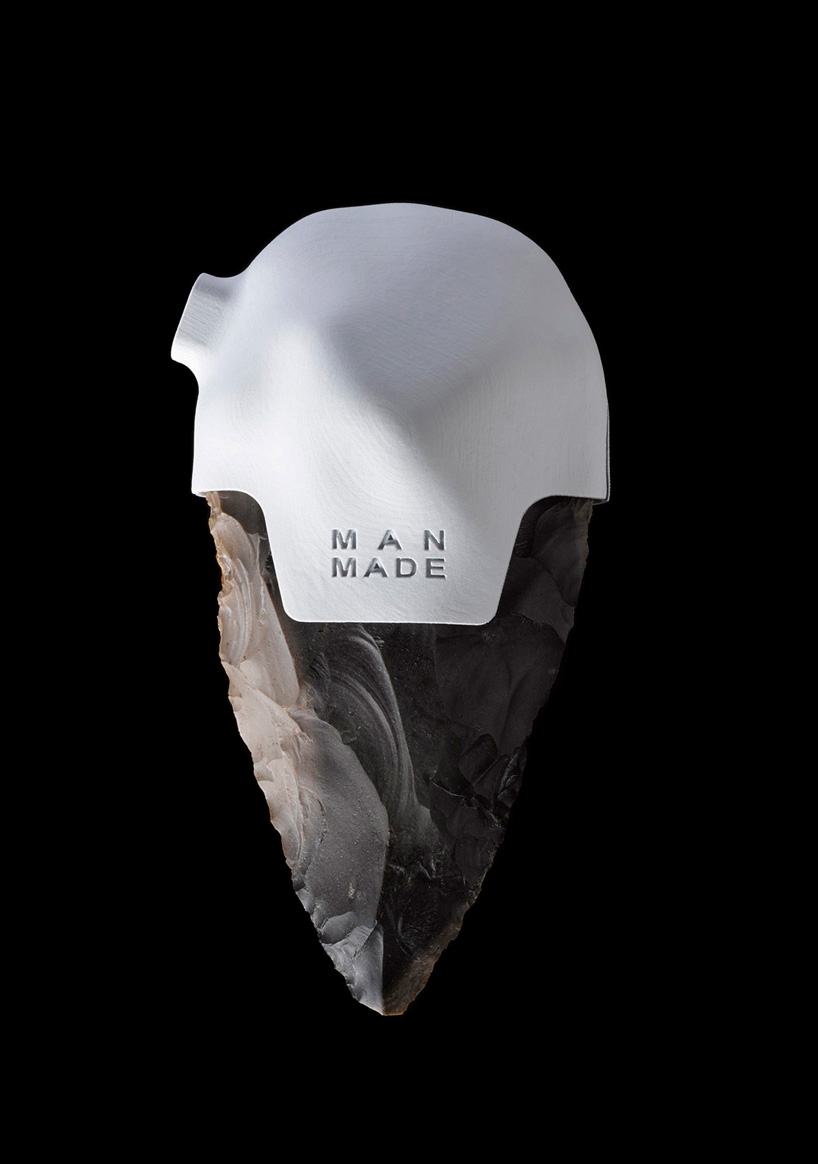 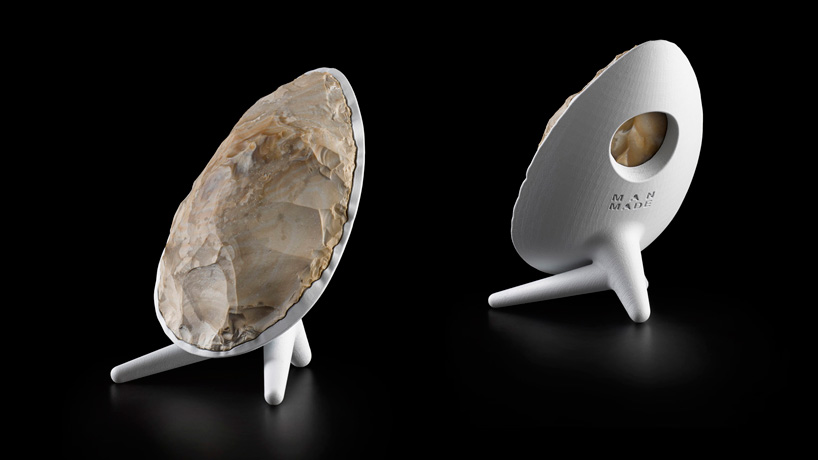 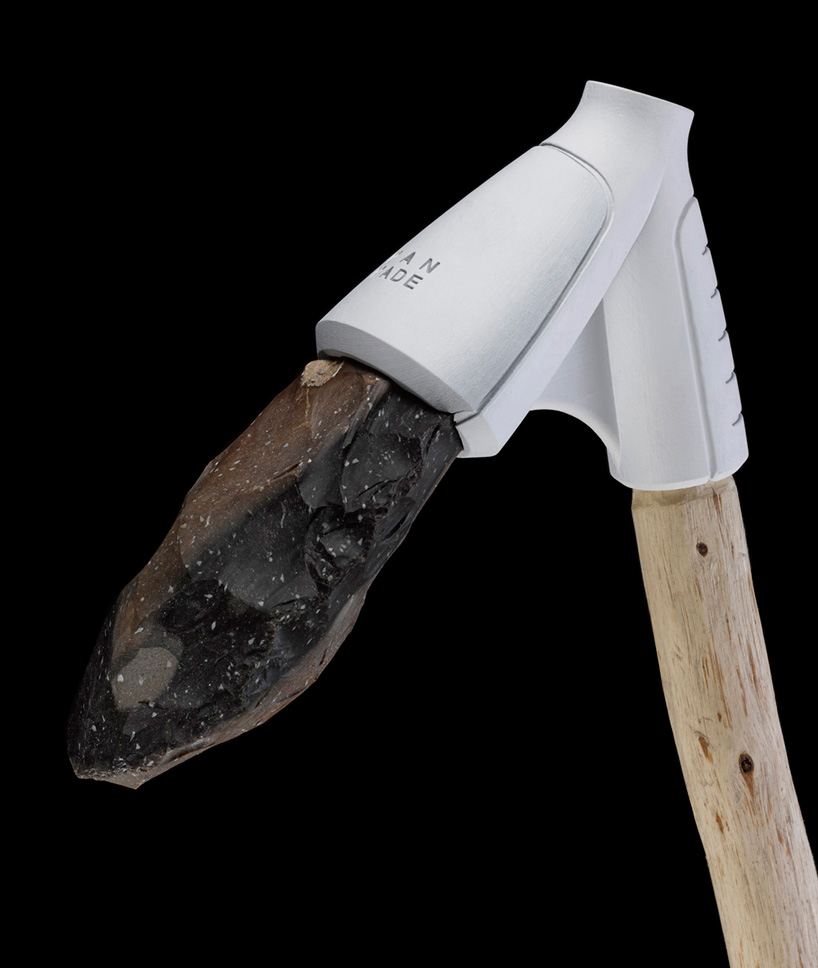 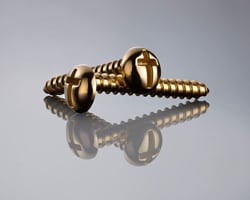 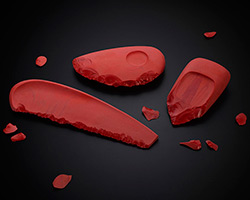 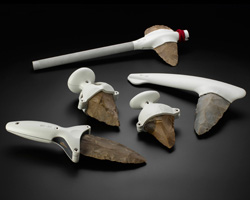