‘mapnificent’ highlights the areas reachable within a set timeframe, such as 15 minutes, via walking or biking and public transit

‘mapnificent’, created by german software designer stefan wehrmeyer, lets users easily visualize the amount of geographic space they can cover in a given amount of time, via walking, biking, and public transit. the web interface calculates distances reachable in anywhere from one minute to three hours, adjustable via a slider at the base of the GUI.

specific to each city, ‘mapnificent’ sources the timetables of the major public transportation services to roughly calculate the areas accessible within a given time span, highlighting this area in a lit ‘bubble’. one’s location can be set via address or dropping a pointer on the map, and settings for the search include whether the user has access to a bicycle and (in beta) the day and time, as well as the maximum distance the user is willing to walk to a source of public transit. a google maps search can be conducted to find nearby amenities, with results overlain onto the visualization.

wehrmeyer designed ‘mapnificent’ as an international, public alternative to andy kinsella‘s ‘mapumental‘ project for the UK. the software features a javascript API that permits users to integrate a mapnificent overlay into google maps apps.

more technical specs on ‘mapnificent’ can be found on wehrmeyer’s original (2010) blog post on the project. 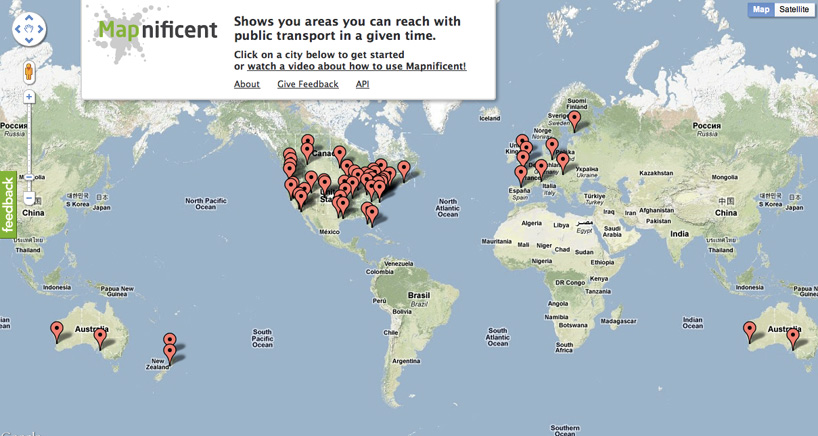 thirty-five US, six canadian, and twelve international cities are currently mappable via the web interface 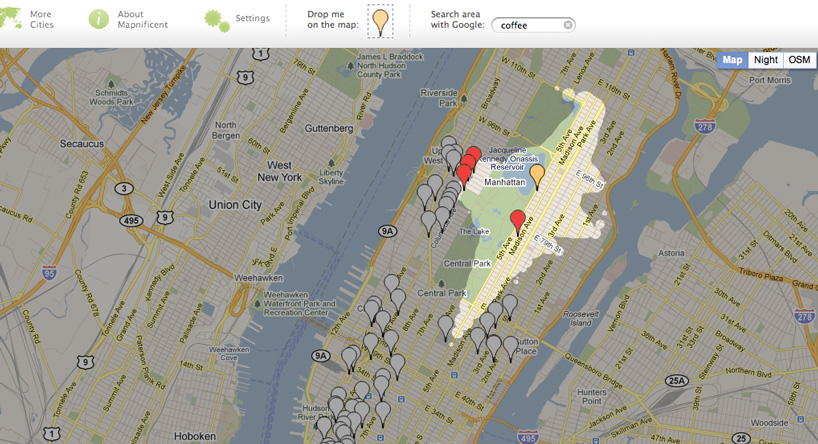 google maps searches can be overlain on top of the results, as in this example, which visualizes in red google’s results for coffeeshops accessible within 15-minutes of the guggenheim museum 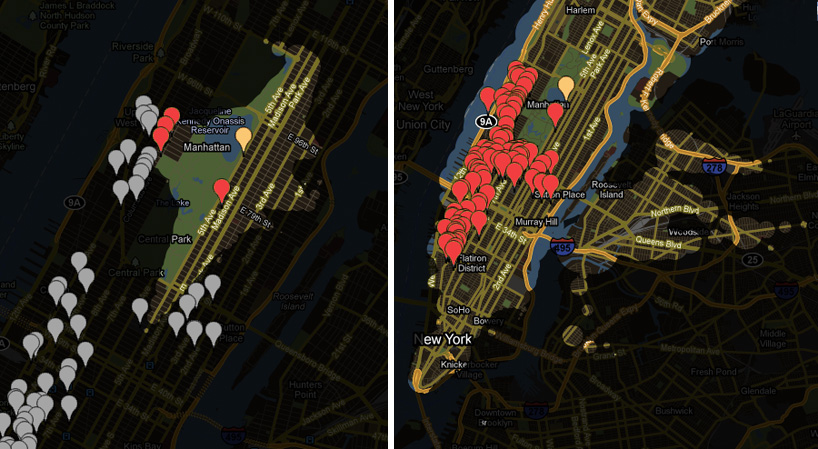 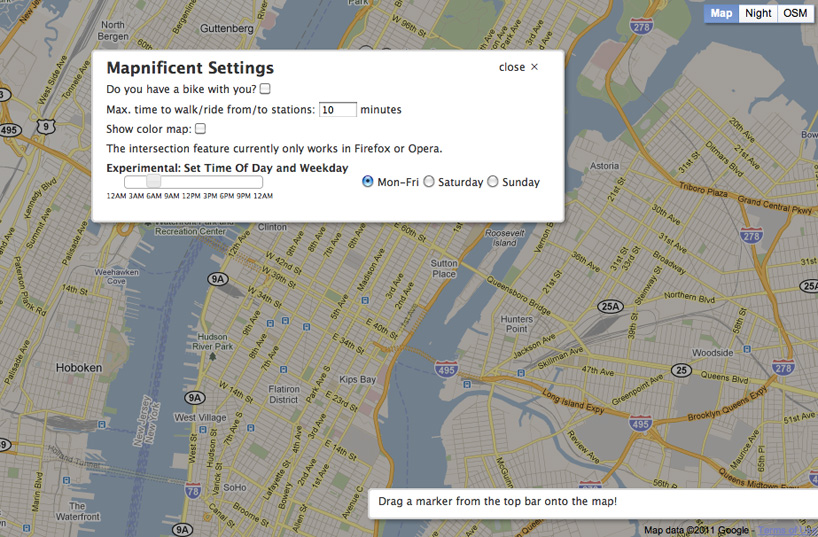 settings include whether the user has access to a bike, and the day and time, as well as the maximum walk length to public transit stations