harnessing the power of nature

researchers at UWE bristol’s unconventional computing lab have figured out a way to turn marimo into autonomous rover robots. if you’re not already familiar with the natural phenomenon, marimo is a rare form of algae that is typically found on lake floors. the fuzzy green balls get their unique spherical shape from the gentle currents that roll them over.

for this invention, the UWE research team has harnessed the natural rolling of the marimo and the process of photosynthesis to create a fully-functional prototype rover with a biological organism as its main component. the team is calling it a ‘marimo actuated rover system’, or ‘MARS’. 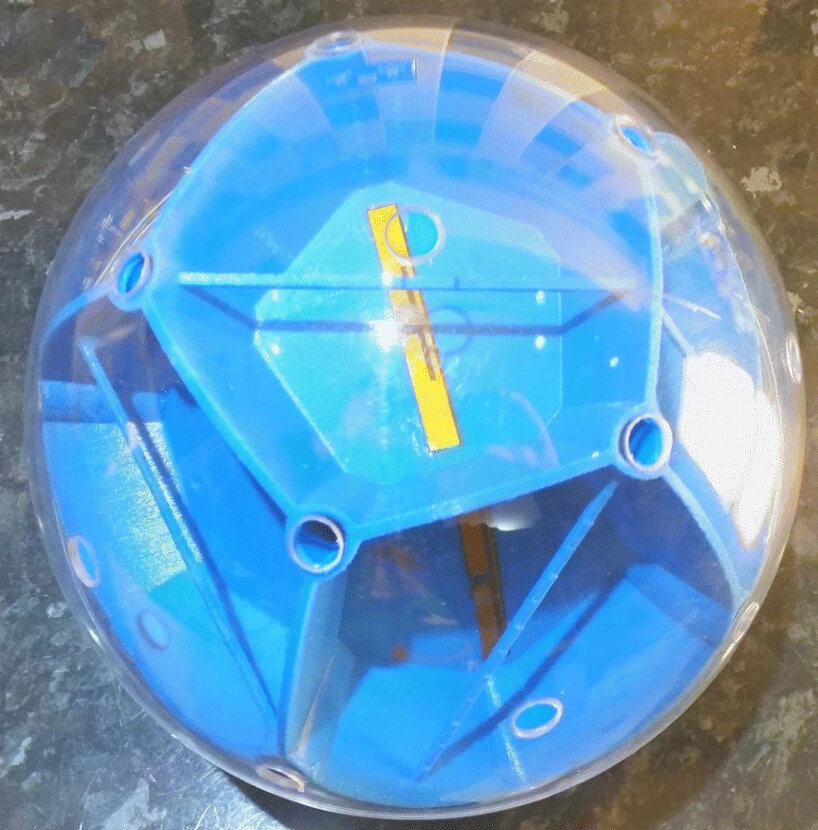 how does it work?

the marimo is encased in a special 3D printed shell measuring 200 mm in diameter. during their experiments, the researchers tested four different shell designs to find the optimum performance. variables included the number of gas vents and the shape of the bio-enclosure that holds the growing algae.

when the marimo goes through photosynthesis under light, instead of releasing bubbles of oxygen into the lake, they get trapped inside this exoskeleton. as the volume of trapped gas builds up inside the shell, torque increases until motion is achieved. in other words, the oxygen generated during photosynthesis acts as the fuel source for these algae rovers.

amazingly, the tests also found that the MARS was able to bypass obstacles. when it became stuck, oxygen bubbles were unable to vent from the top, allowing enough gas to become trapped inside until the rover became buoyant, rising up and over the obstacle. 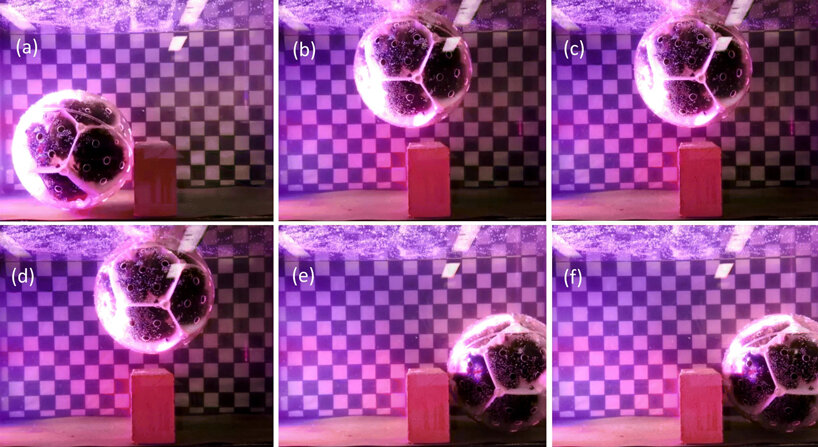 what are the applications?

when compared to conventional energy cells, the team says the marimo balls offer an overall more efficient and less complicated operation, making them suitable for long-term missions. the rovers are also lightweight, low-cost, compact, and more environmentally friendly, using light as the only energy source.

however, one thing the bio-rovers don’t offer is high speed. with this in mind, the researchers say MARS could be used for strategic water sampling and water quality monitoring, inspection of deep underground mines, mediating interactions between underwater animals, studies and control of fish groups, or ecological studies.

following this research, the system is being further developed and enhanced. this includes configuring cylinder shapes to form a bigger structure for larger scales and environments and making the plastic parts biodegradable to prevent long-term harm to the environment, in the unlikely case of the rover being unrecovered.