continuing its plans for a journey to the red planet, NASA unveiled at the kennedy space center visitor complex a futuristic mars rover concept vehicle. presented during the ‘summer of mars’ program kick-off, the vehicle is part of an event that will provide a survey of what NASA knows about this planet and its plan to land on it in 2020.

‘it’s an all-encompassing effort to review the history of our efforts to explore mars and look ahead to what is being planned,’ comments rebecca shireman, assistant manager of public relations for the kennedy visitor complex. ‘we hope this will encourage young people to want to learn more about being a part of the effort to go to mars.’ 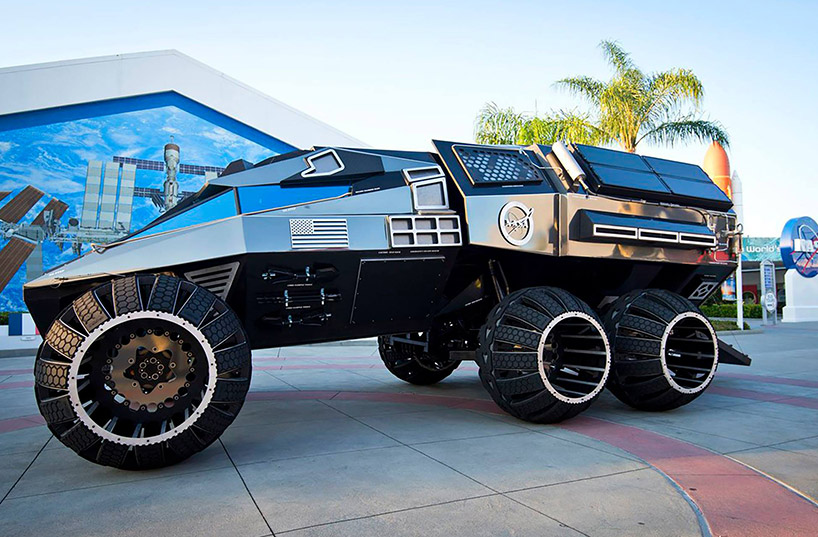 built by parker brothers concepts of port canaveral, florida, the scientifically-themed mars rover concept vehicle will search for signs of past microbial life and collect core samples for potentially future return to earth once it lands on mars. the rover operates on an electric motor powered by solar panels and a 700-volt battery. separating its functions, the front part has been designed for scouting and it’s equipped with a radio and navigation provided by the global positioning system. the back section serves as a laboratory which can disconnect for autonomous research.

while this exact mars rover concept vehicle is not expected to operate on mars, maybe of its elements could make their way into a rover astronauts will drive on the red planet. 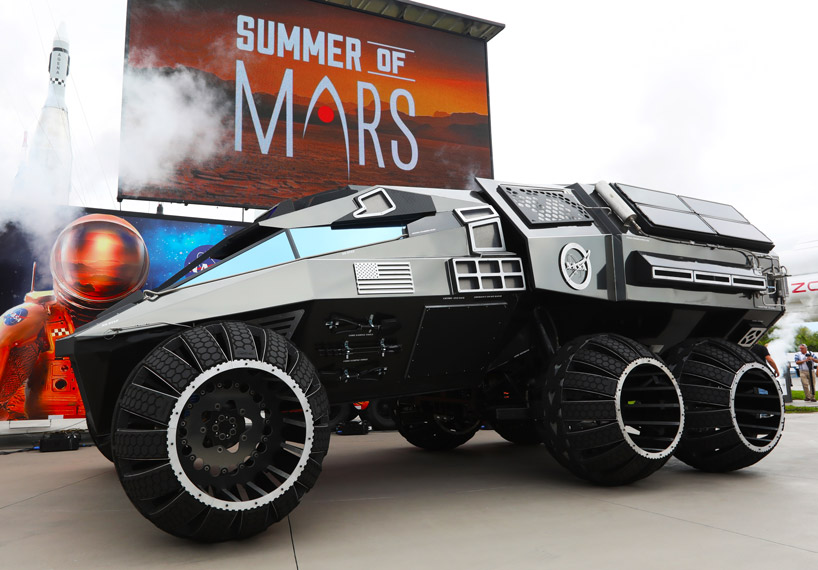 it’s divided in two sections; front for scouting, back for laboratory