designer martin hajek has imagined what an electric version of the iconic citroen ‘2CV’ car could look like. the netherlands-based 3D-modeller designed the car to be a contemporary twist on the original design that was first introduced 70 years ago known officially as the citroën 2 chevaux vapeur. 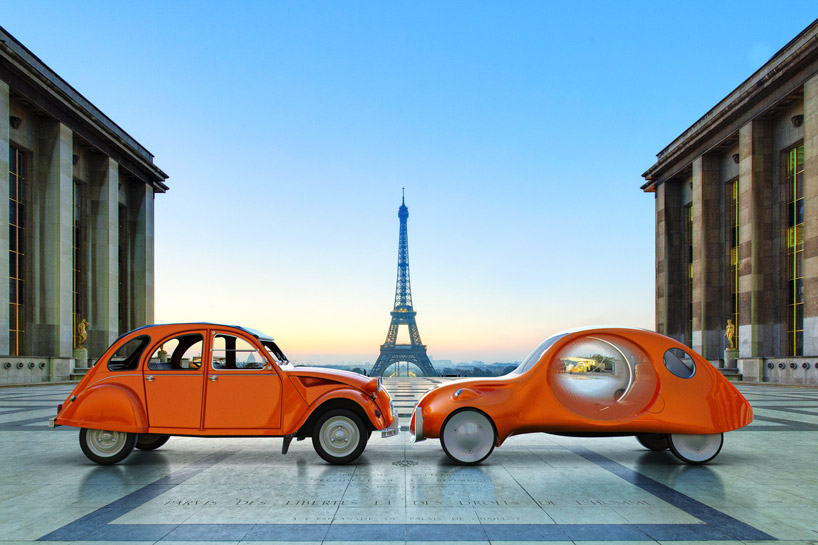 all images and artwork © martin hajek

hajek imagined the the modern day makeover as a level 5 autonomous driving car removing the steering wheel completely. meanwhile, it echoes original features including its three-bolt wheels, a bold interpretation of that famous C-pillar and a ‘floating’ front bumper with raised elements. 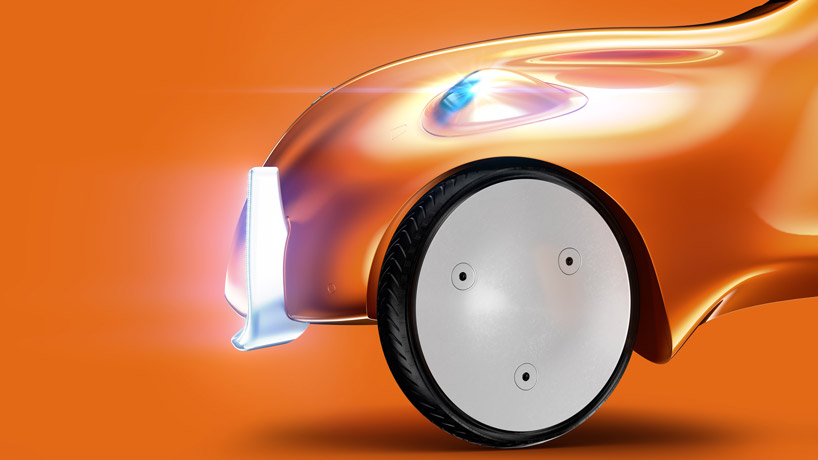 the ECV’s design is characterized by its soft shape and sinuous curves. it features large circular doors that open backwards and a large panoramic window on top, which is tinted for privacy. 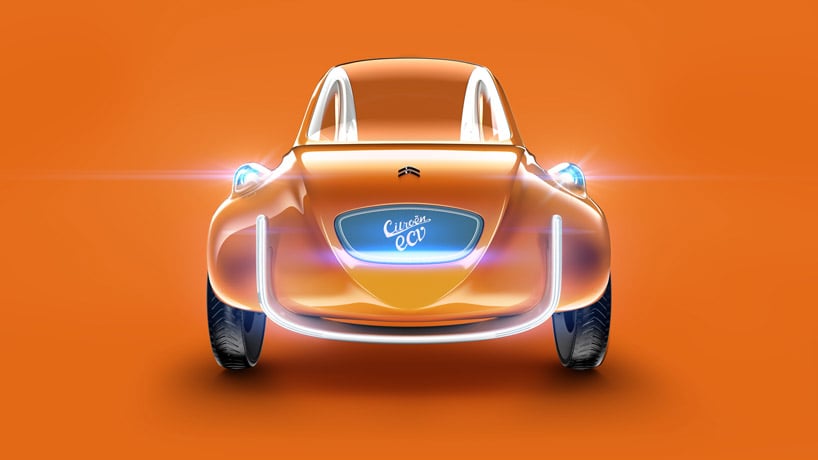 ‘with electric cars becoming commonplace and autonomous driving on the horizon, carmakers are increasingly bringing their design classics into the 21st century,’ says hajek.

‘about 1 year ago it struck me that one of europe’s most iconic cars, the citroën 2CV, could do with a 21st century make-over,’ he adds. ‘over the last year in my free time i re-imagined, re-designed, re-built in 3d the electric, self-driving successor to the iconic 2CV.’ 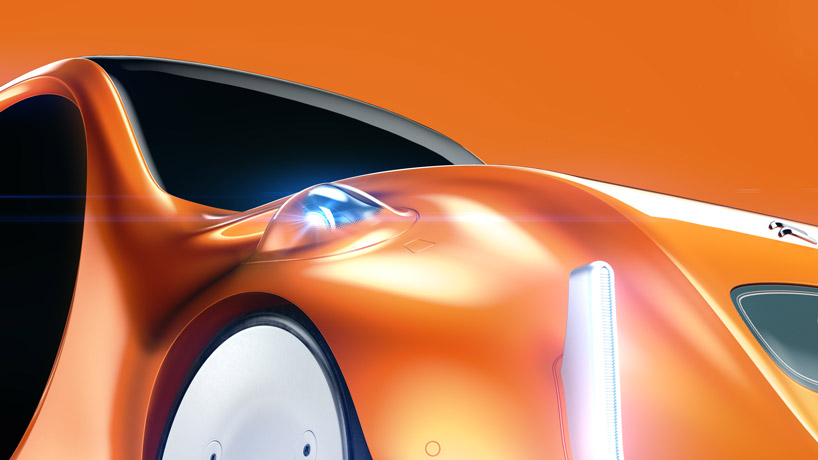 hajek also designed a taxi version of the ECV which he imagined as part of a fleet to be put to use in paris.

‘when I was in paris over a year ago it struck me that when it comes to taxis the french capital does not really have an ‘icon’,’ explains hajek. 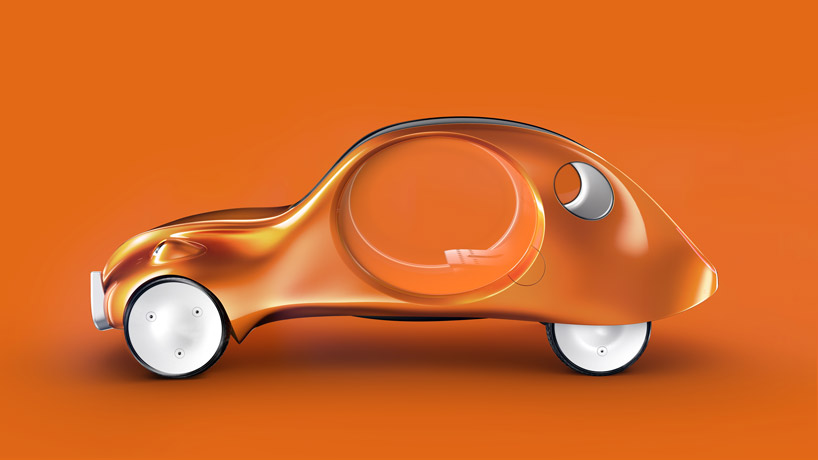 ‘london has the famous black cabs, new york has iconic yellow cabs and even tokyo, for better or worse, has the toyota crown comfort. paris on the other hand has…an eclectic offering of car brands with a simple ‘taxi parisien’ sign slapped on the roof.’

‘what if paris decided to clean up it’s act of not having an iconic taxi and at the same time clean up the air in the city by making the citroën ecv the official taxi for paris?’ 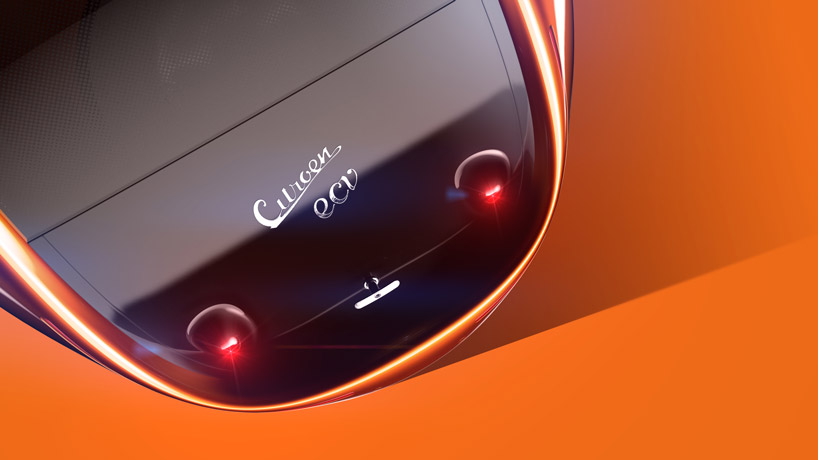 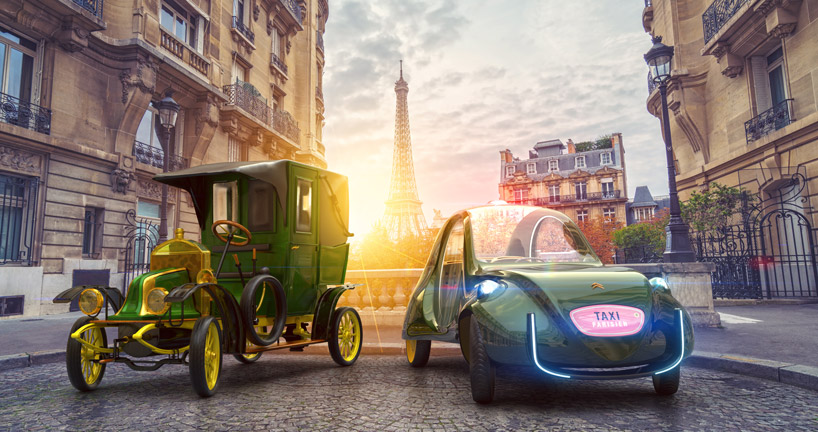