a lifelong passion for motorcycle adventure travel and airheads (air-cooled BMW motorcycles) led designer matias corea to the creation of MYTH 001, a custom BMW R80G/S. with the intention to drive the motorcycle from his hometown of barcelona, through europe, and eventually to south africa, corea placed a big emphasis on how easy it would be to repair or replace parts in a remote area. drawing from a love for rally bikes, the now brooklyn-based designer set out to blend on- and off-road capabilities with the aesthetics of motorcycles he idolized from the past. ‘I grew up in barcelona watching the paris–dakar rally, with BMWs and ténérés — they stayed with me,’ he recalls. ‘the gaston rahier 1984-85 was always my dream. I just loved the feel of it, and I loved the look. I wanted to create a bike that had the essence of the rally, but was built for the road, as well as off-road — something a little in between.’ 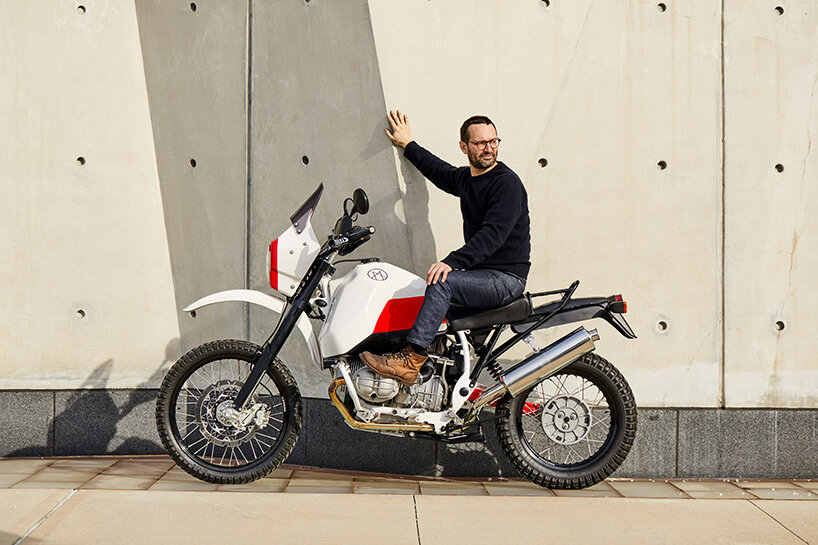 all images by ryan handt, courtesy of myth motor

from myth motor — matias corea’s one-man custom motorcycle shop in brooklyn, new york — the designer (and co-founder of behance) began work on MYTH 001, the custom BMW R80G/S. from a design and engineering perspective, corea has always been allured by BMW’s minimal and low-maintenance appeal. ‘I think it’s a mix of the design, of the look, and simplicity,’ he says. ‘over time, as I got to work with them, I think the ease of maintenance is what drew me to them.’ 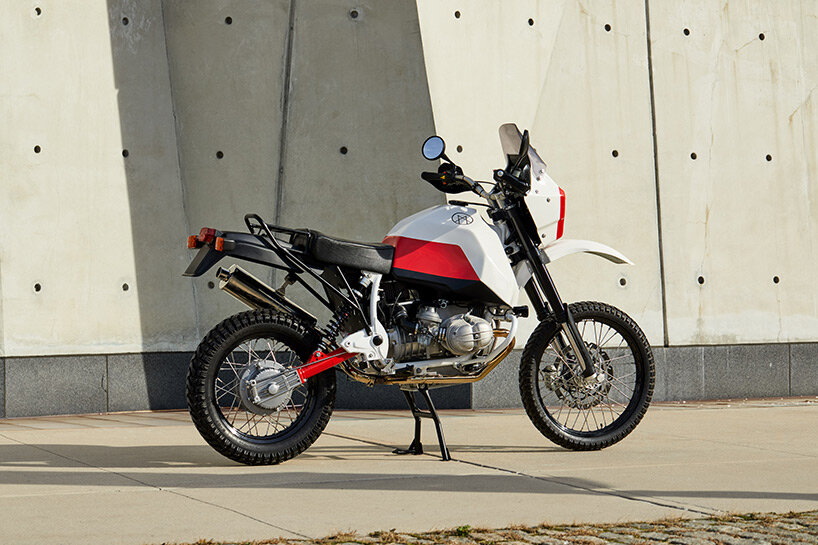 for the engine, corea bored out cylinders to fit 95mm high compression pistons, bringing the displacement to 1001CC and 10:6 compression. the camshaft was upgraded with a 328º racing asymmetrical one. the engine produces 72HP at the rear wheel. to increase the overall engine flow, the heads were ported and the airbox replaced by an open rally air filter along with a siebenrock GS2 exhaust with a custom bracket. meanwhile, the crankshaft, conrods, pistons, and flywheel assembly were all dynamically balanced together, making the engine feel smooth and responsive throughout the powerband. 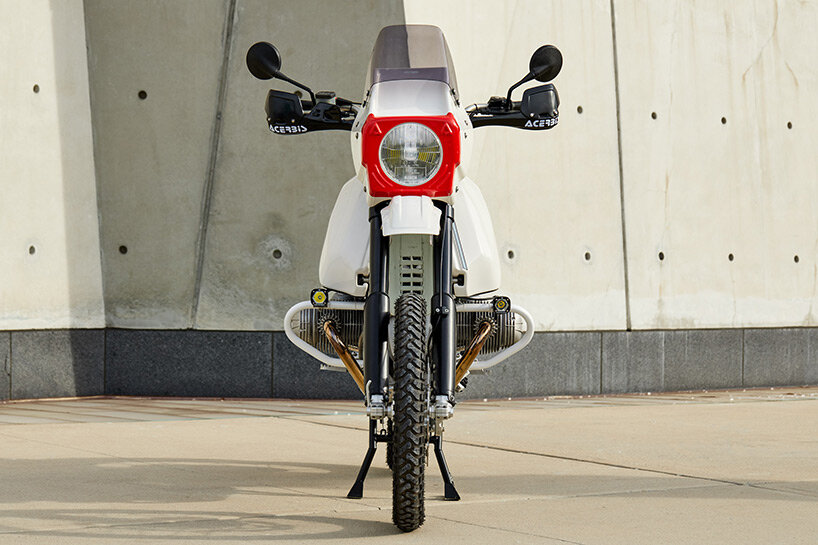 corea also emphasized cooling, particularly considering the high heat he would encounter in africa. ‘oil coolers are not always necessary on airheads, but for a place like africa with extreme temperatures, cooling the motor is primordial.’ MYTH 001 has been designed with a rally oil pan ring, SH thermostat, higher flow oil lines, high capacity oil cooler and an 8mm thick bash plate.

furthermore, corea regarded fuel capacity to be a crucial consideration when in isolated areas. for this specific africa journey, the team picked a massive but light 11.3gal (43ltr) nylon tank from HPN — the same on the BMW dakar bikes in the mid-’80s. a stripe left unpainted functions as an analog fuel gauge. 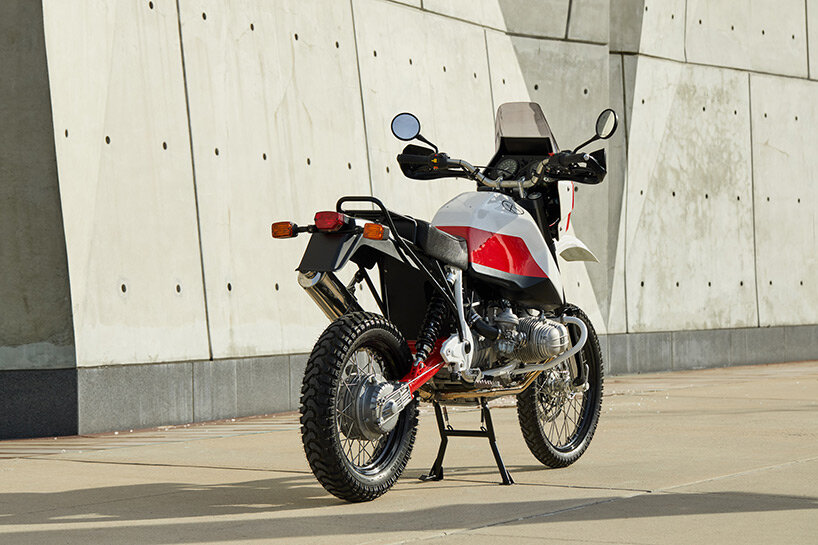 for MYTH 001 and its intensive future journey, corea retained the simplicity of the airhead systems but improved suspension, off-road handling, braking power, riding comfort, fuel capacity, and top-end power, all while maintaining fuel efficiency. see more about the design and build on myth motor here, and see the video at the top of the page for insights into the creative process. 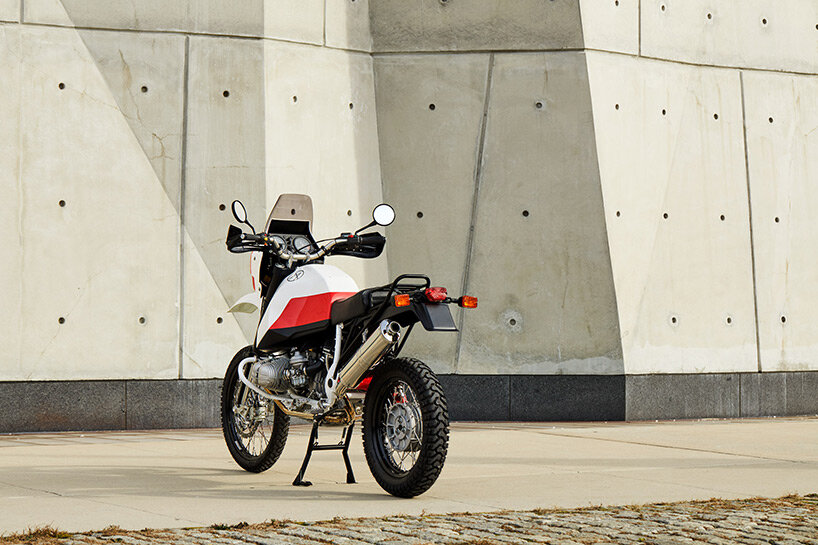 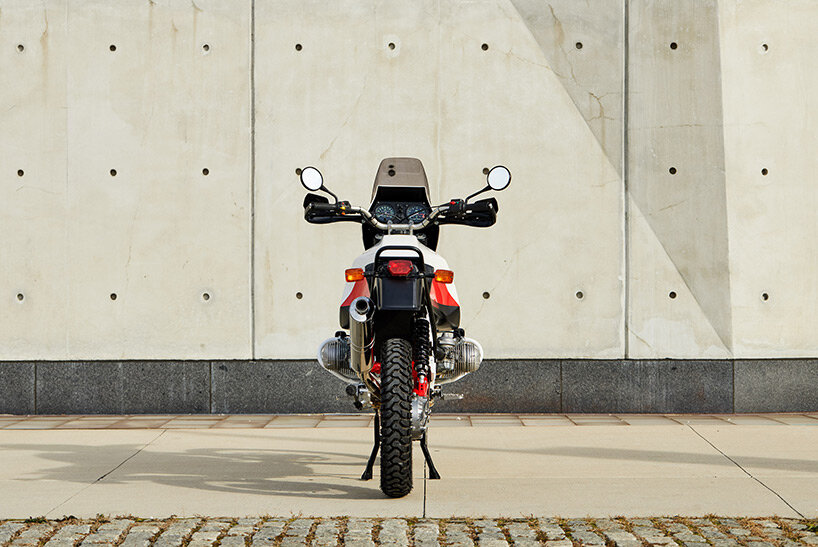 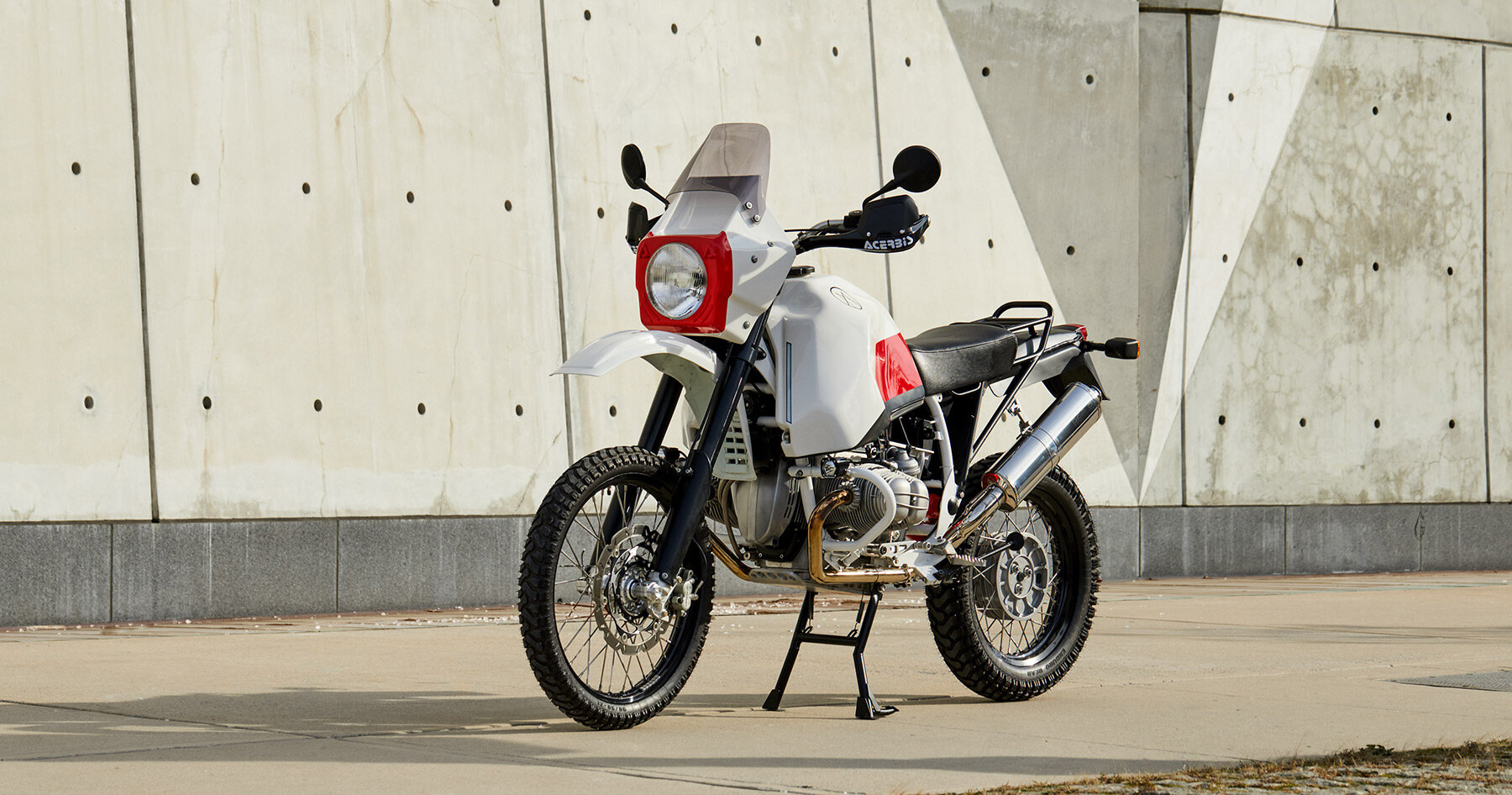 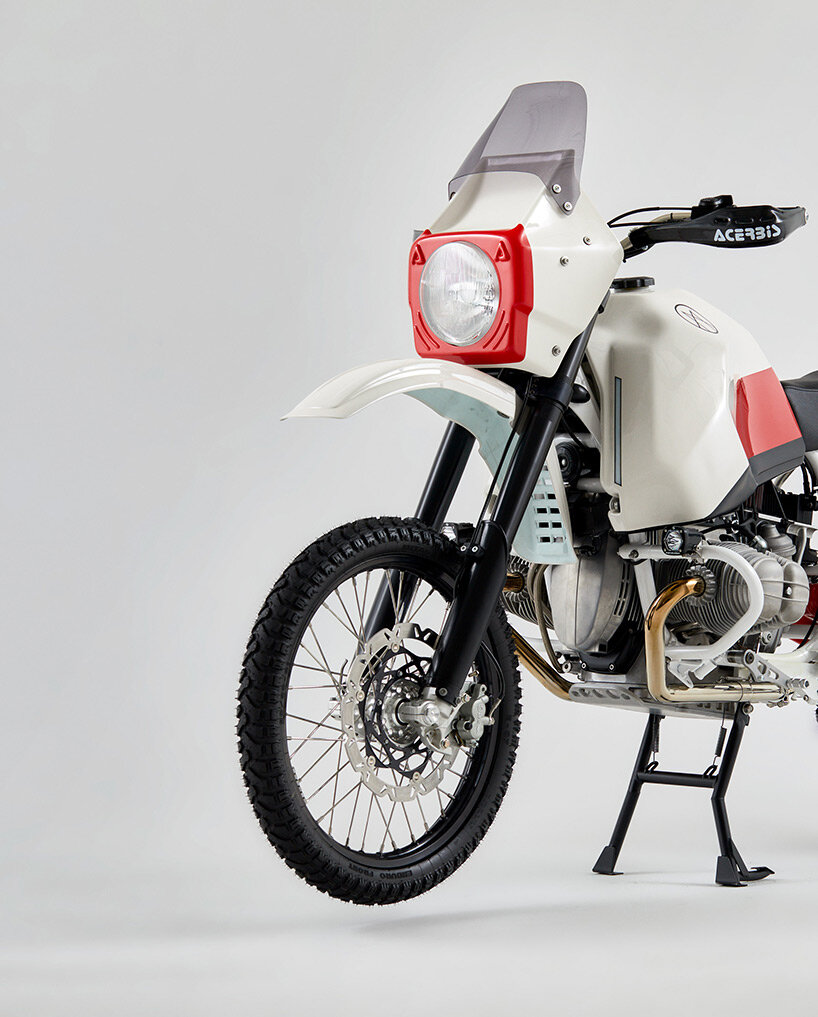 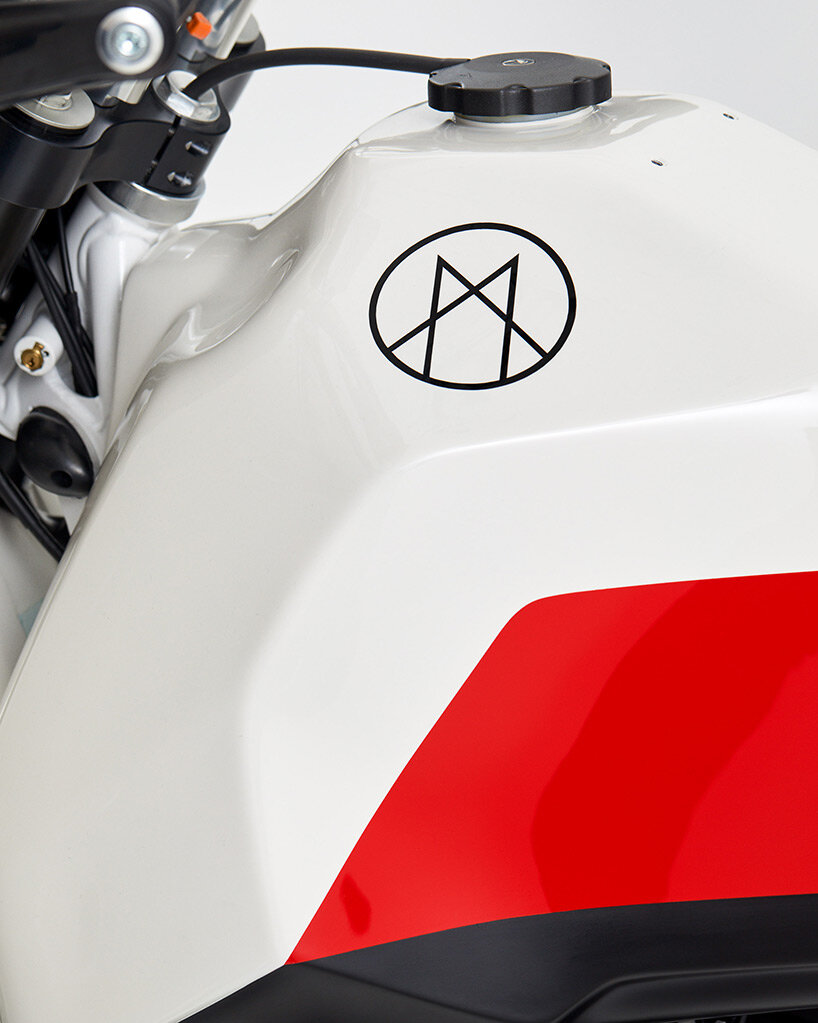 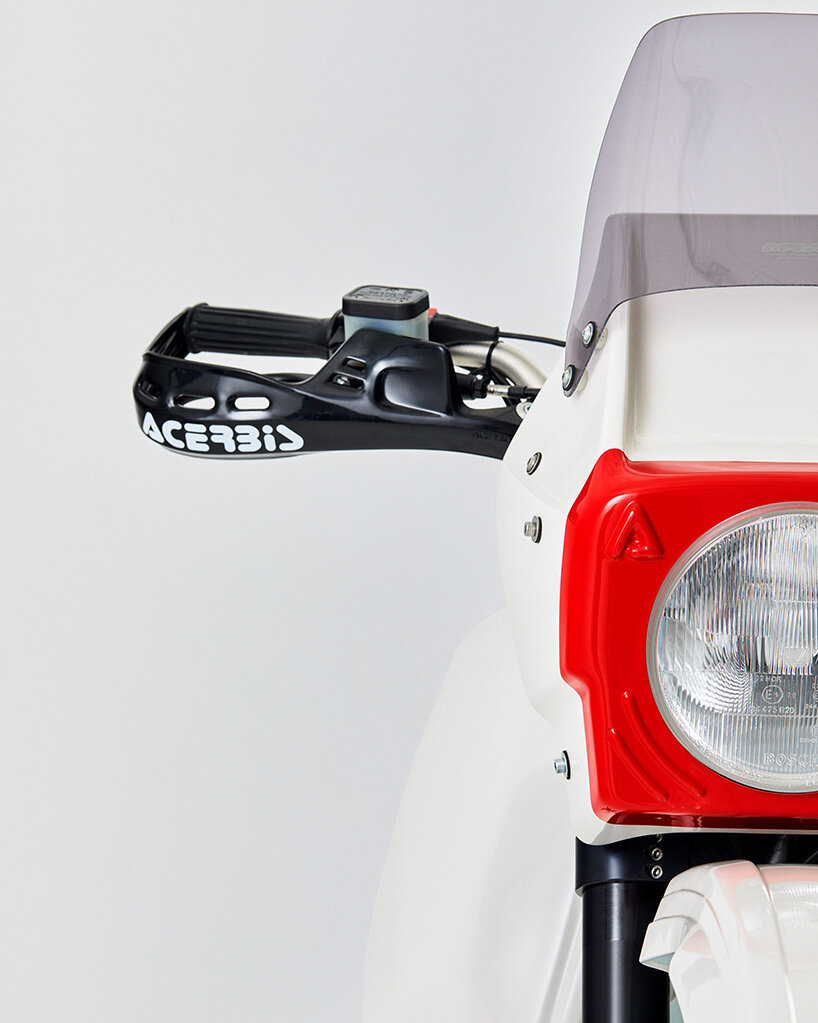 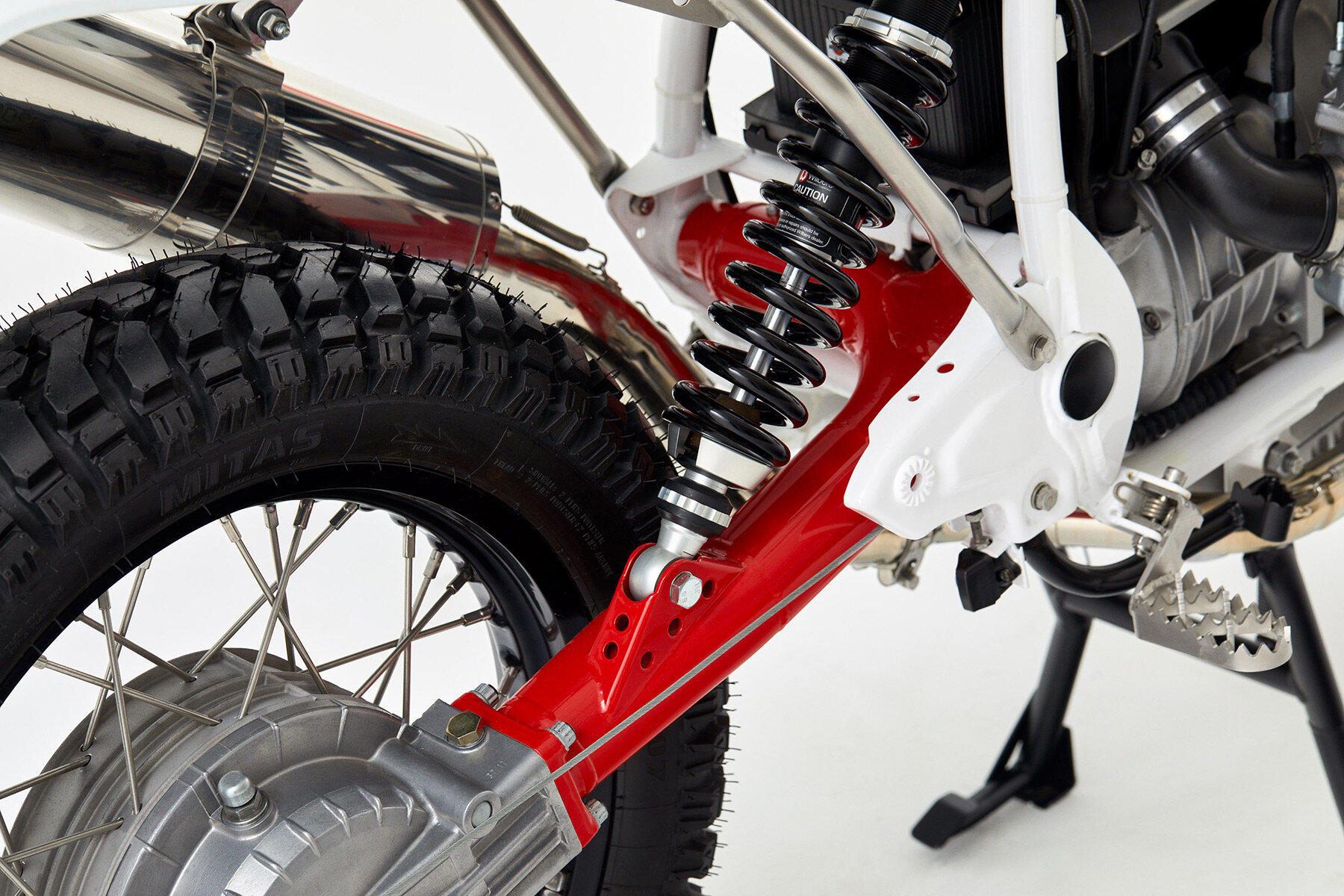 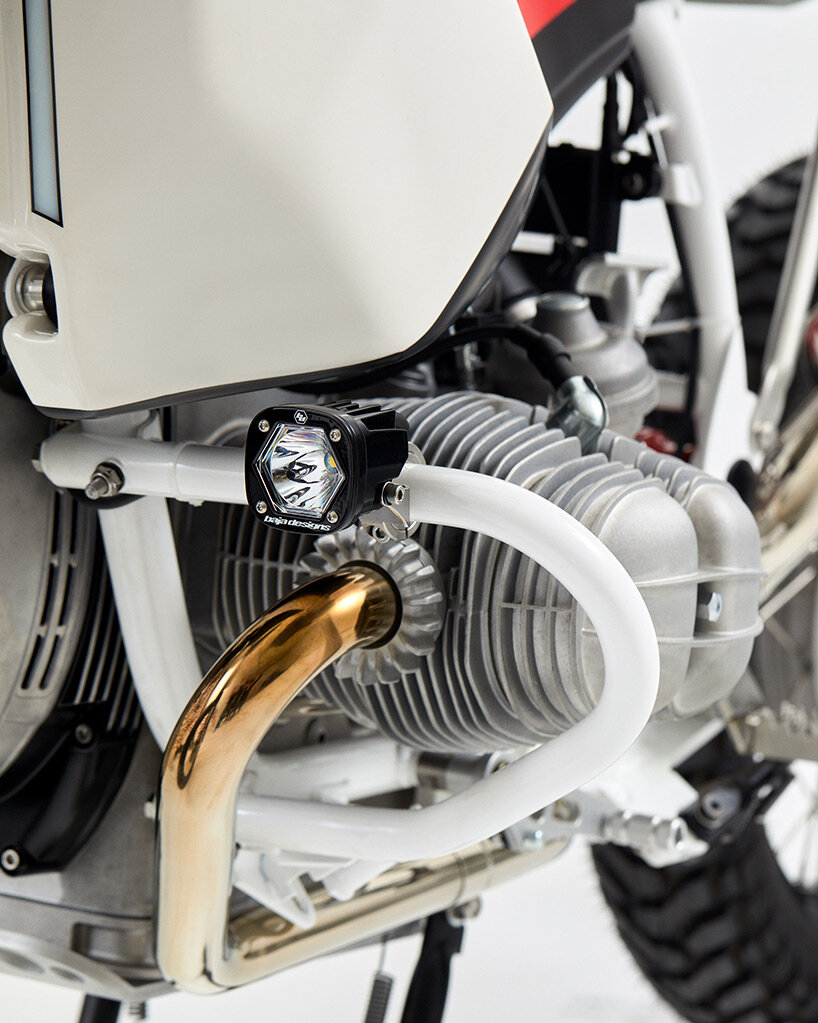 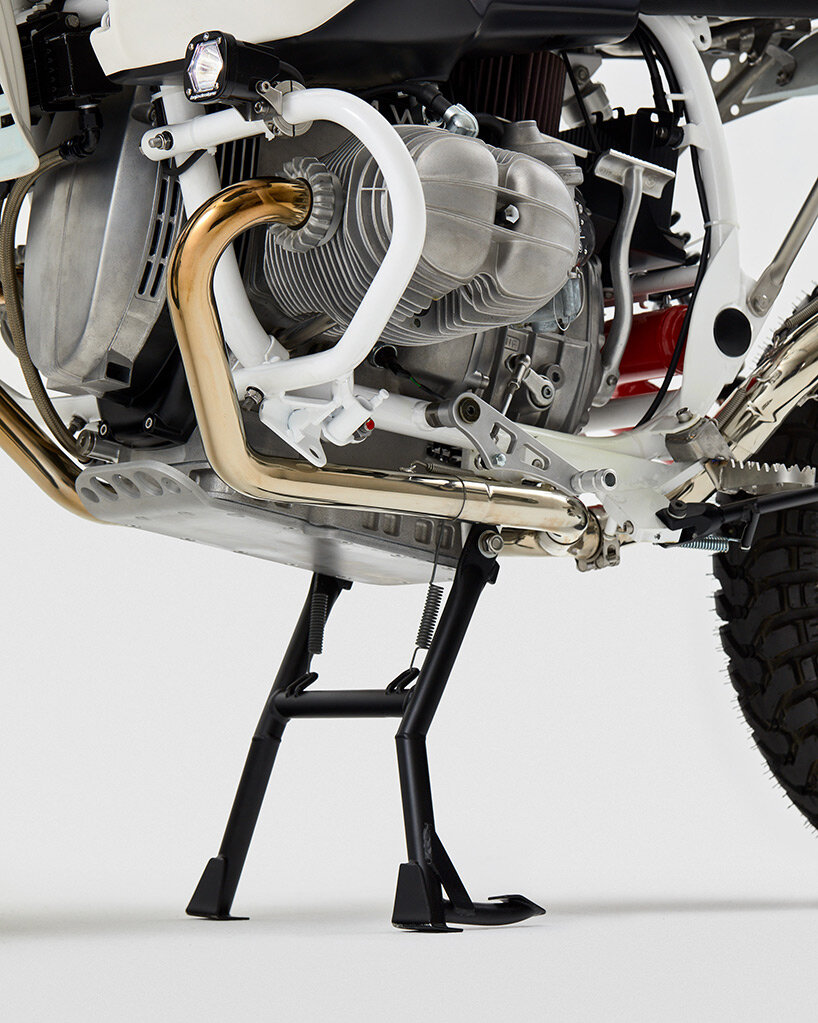 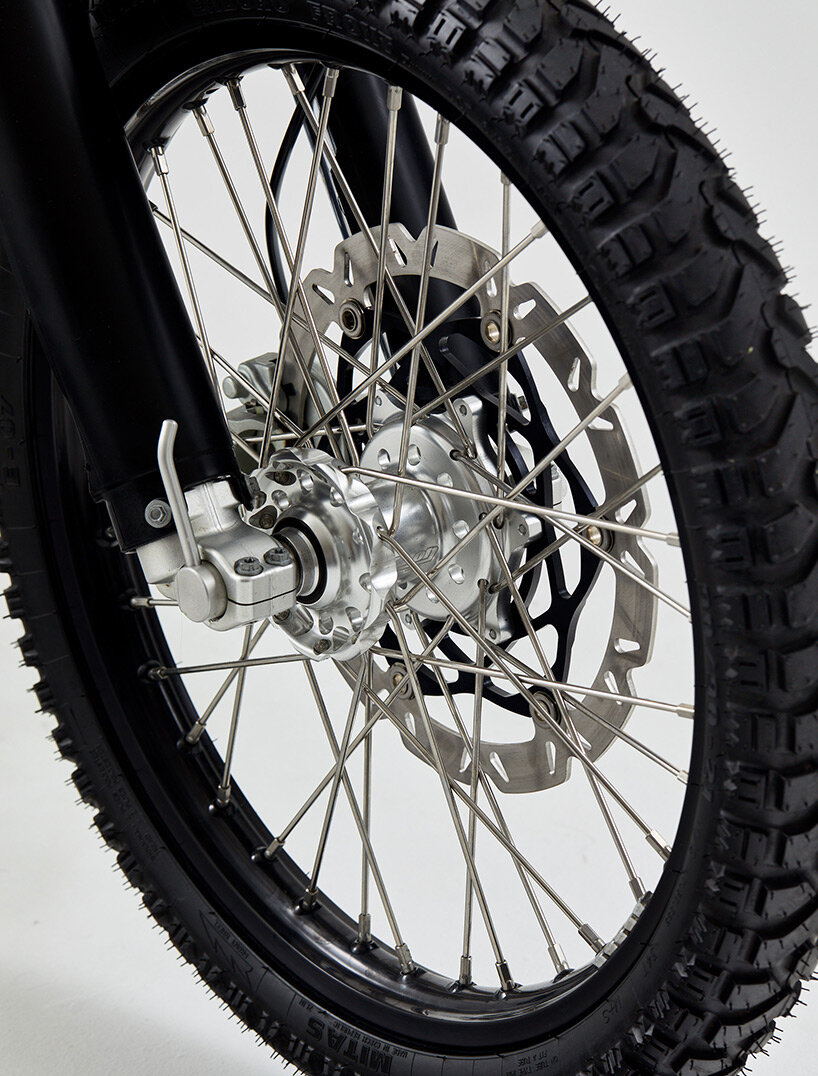 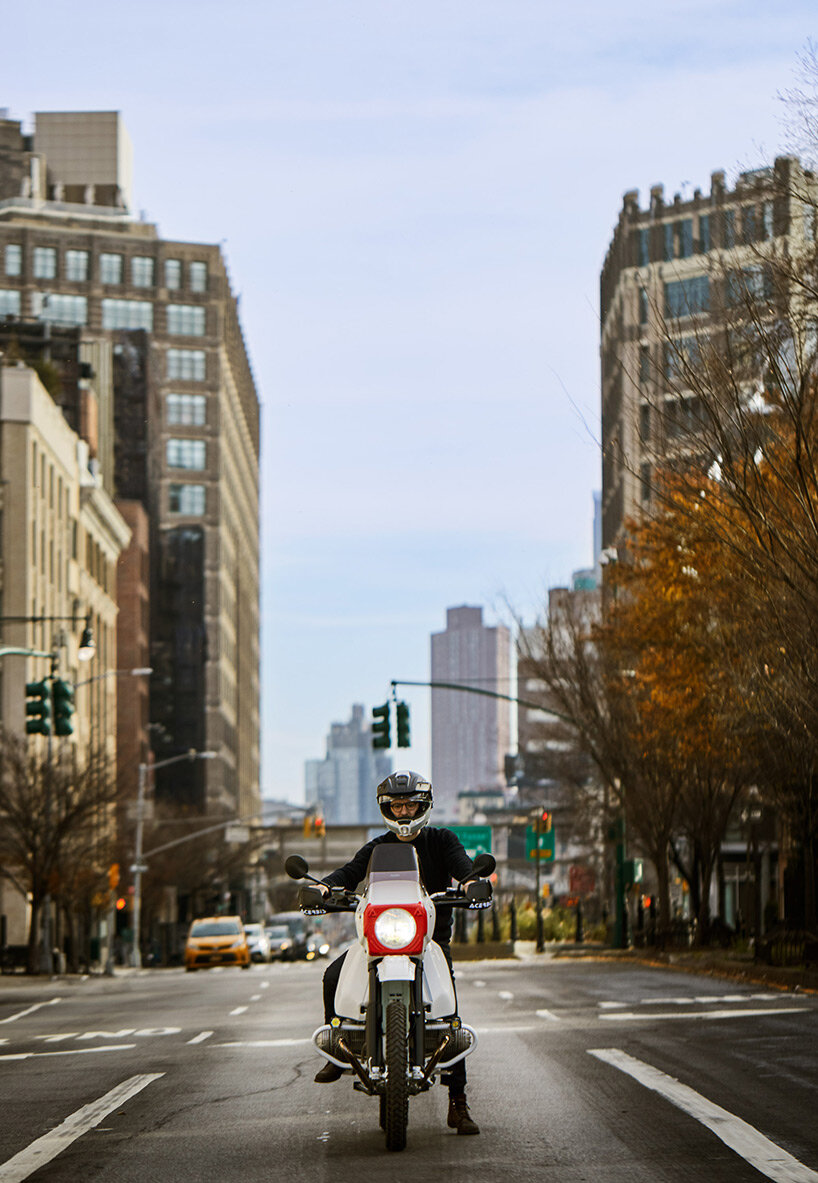