matteucci garage has modified a honda nx650 dominator dual-sport to create this dakar-rally inspired bike. called ‘dakhla’, after a city in the western sahara desert, the two-wheeler features a full set of angular bodywork and specs optimized for both on-road and off-road adventures. 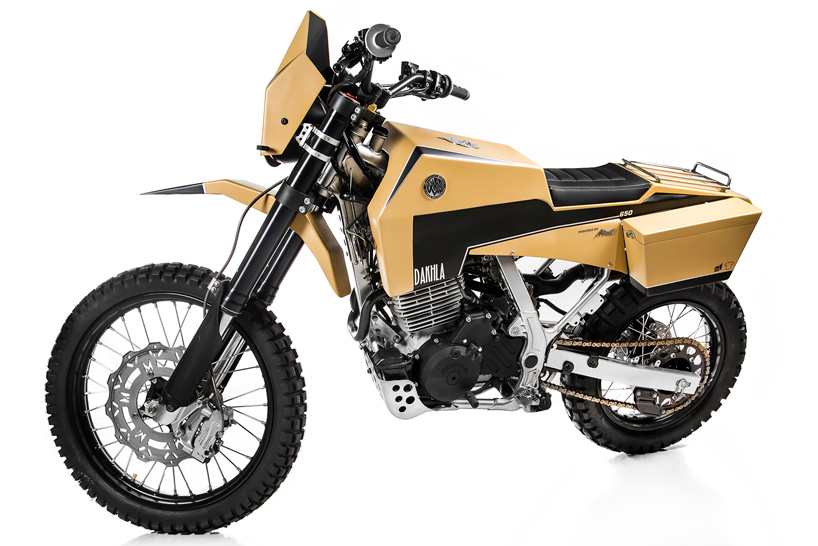 matteucci‘s sharp-angled dakhla features a single piece of hand-formed golden aluminum that shines like its namesake. it uses multiple 3mm-thick panels welded together to make a removable monocoque that incorporates a custom leather saddle and rear fender. 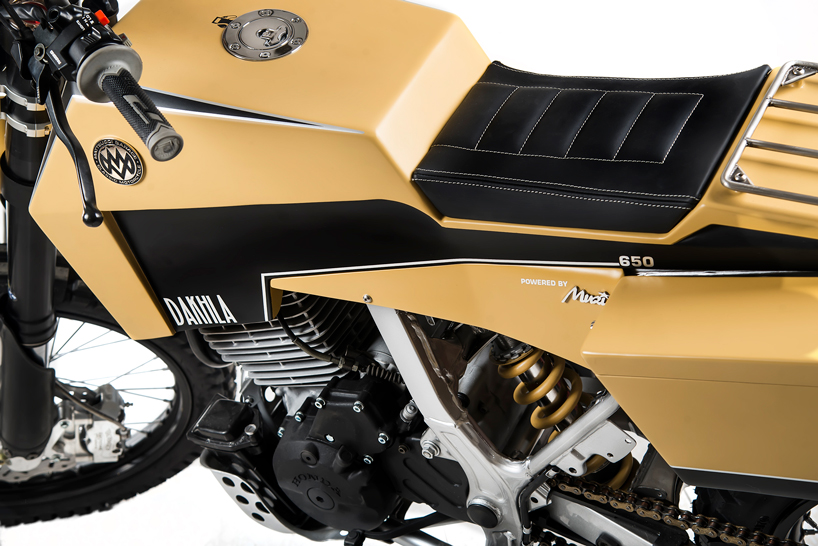 a boxy set of hard cases are mounted on either side with playful icons on either side to signal their use. meanwhile, at the rear the front fender takes the classic curve and gives it a geometric twist. 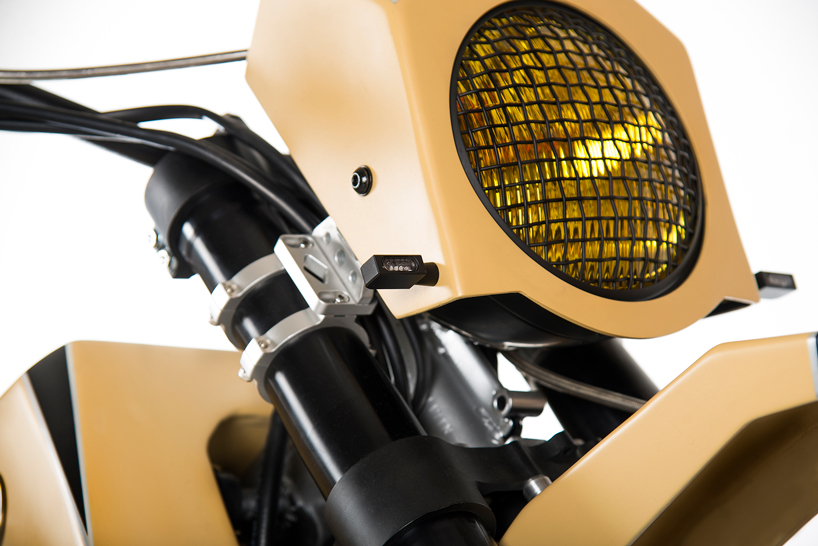 the angular design features a 2-1 exhaust, a wiseco high-compression piston, and a beringer brake system with a 320mm rotor that bring the motorcycle to a halt. other additions include koso instrumentation, asv levers, a polished chrome filler cap, and an inverted marzocchi front-end. marco matteucci is an italian photographer who specializes in graphics and advertising. he also has a passion for motorcycles and has created over 30 different builds as founder and head of italy’s matteucci garage. 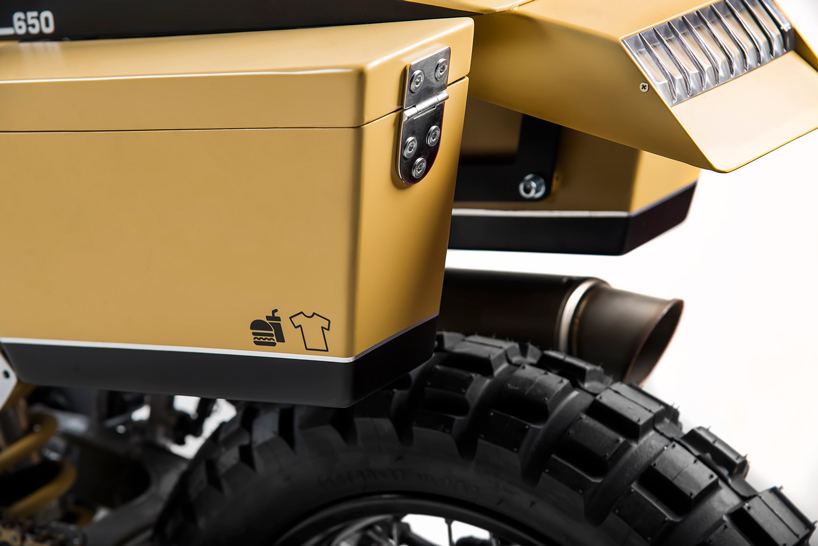 in other automotive news, indian motorcycle recently unveiled a customizable 2020 scout bobber sixty and a modified appaloosa V2.0 for racing on ice. 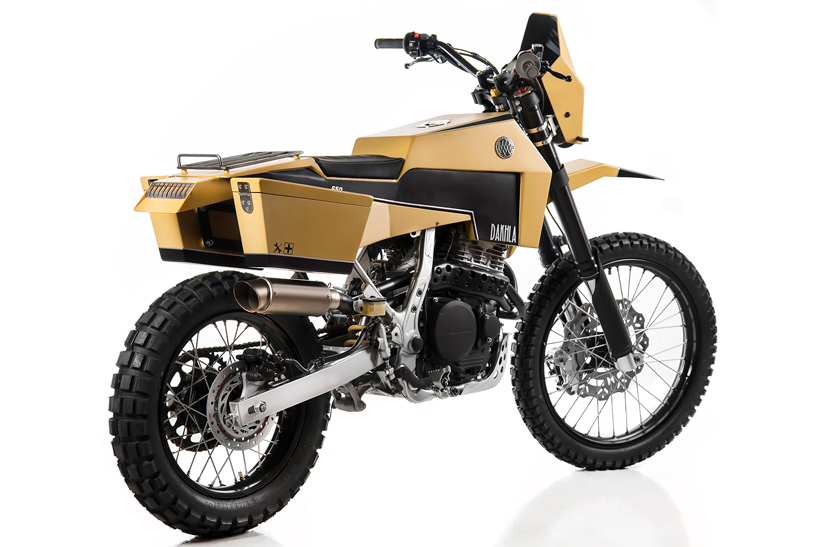 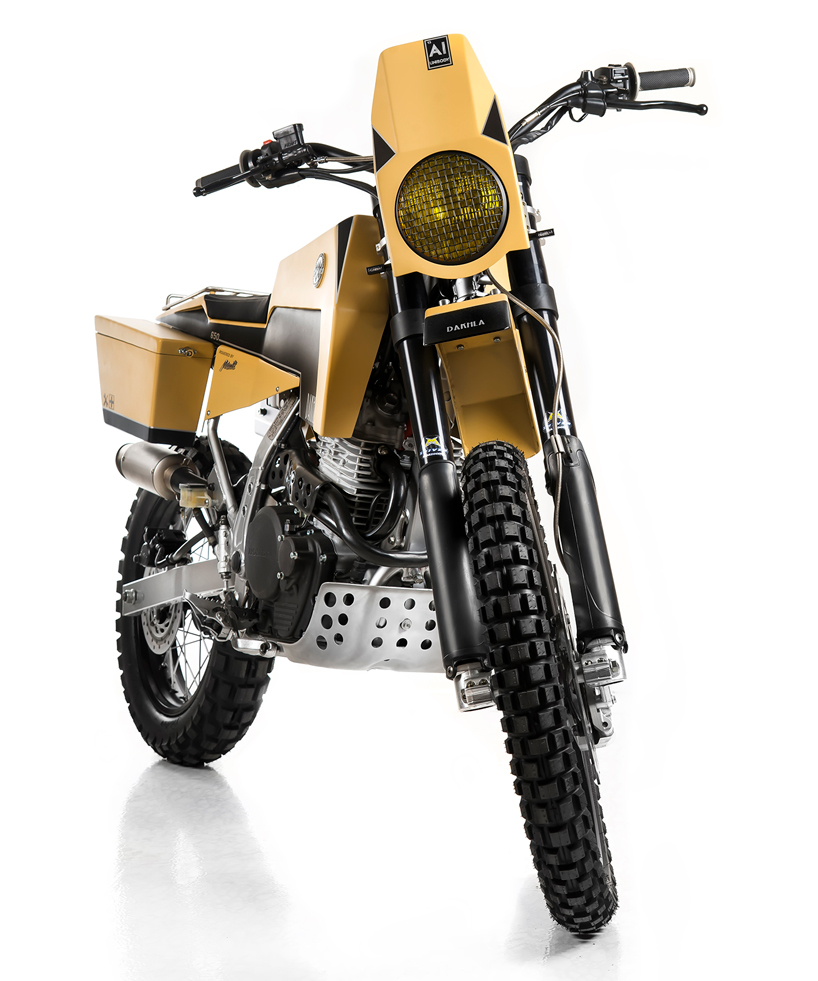 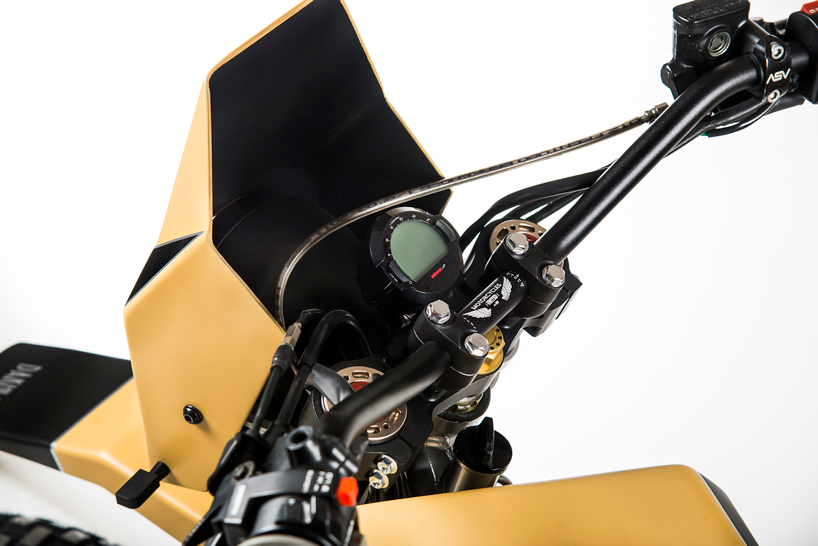 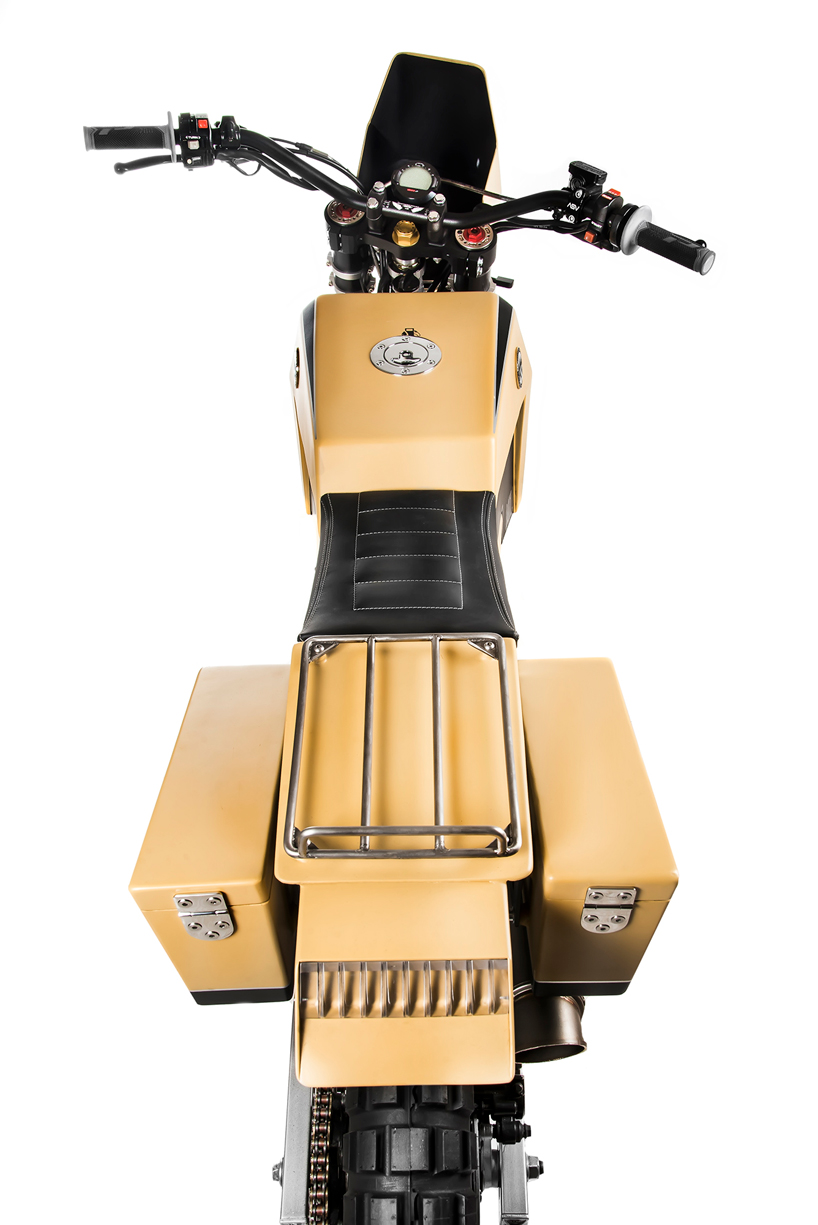 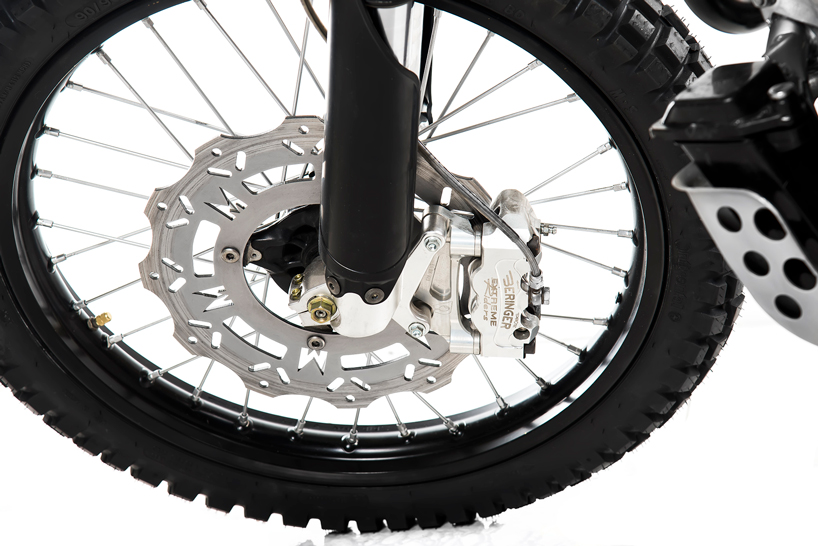