as only the fourth long tail in two decades, the mclaren ‘600LT’ continues one of the purest race cars in modern motorsport history. in fact, the fastest, most powerful and most track-focused of the brand’s sport series to date has an exterior and interior design to match. the whole vehicle has been sculpted and refined with carbon fiber to optimize aerodynamics and lower weight – nearly 100 kg lighter than the ‘570s coupe’. 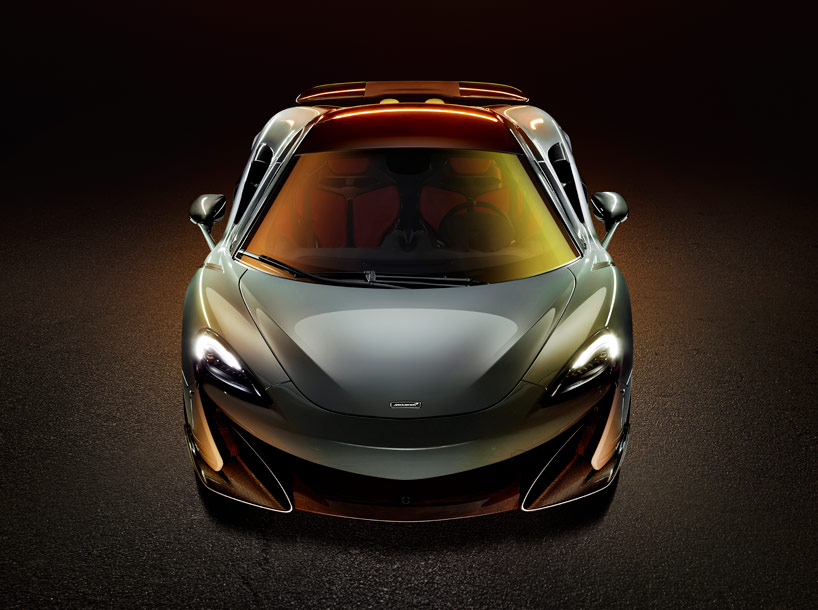 all images courtesy of mclaren

a whole new composition of carbon fiber bodywork, as well as a forged aluminum double wishbone, lowers the mclaren ‘600LT’ to a dry weight of 1,247 kg. this includes a new front splitter, side sill, extended diffuser and fixed rear wing, which lengthens the model by 74 mm in comparison to their previous sports series. 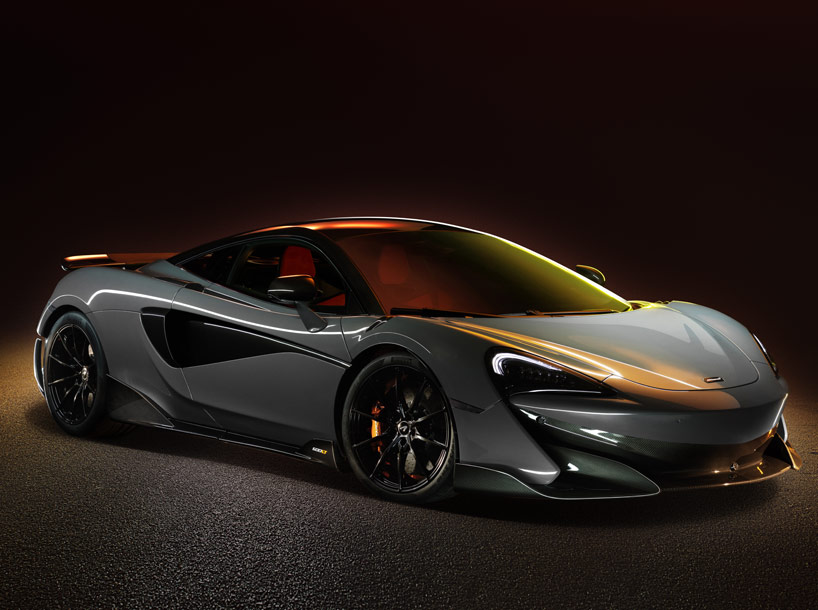 the race car, which has had an eight mm reduction in ride height, is defined by carbon and significantly sculpted cuts in its exterior. the body work flows from the sharp front, where classic mclaren headlamps follow above the grooves of the air inlets, towards the rear with a sporty, aggressive and forward-focused emphasis. at the back, the brand’s typically edgy tail lights are combined with a unique exhaust system with top-exit pipes, and an extended rear spoiler that features a ceramic, heat-cooling paint finish. 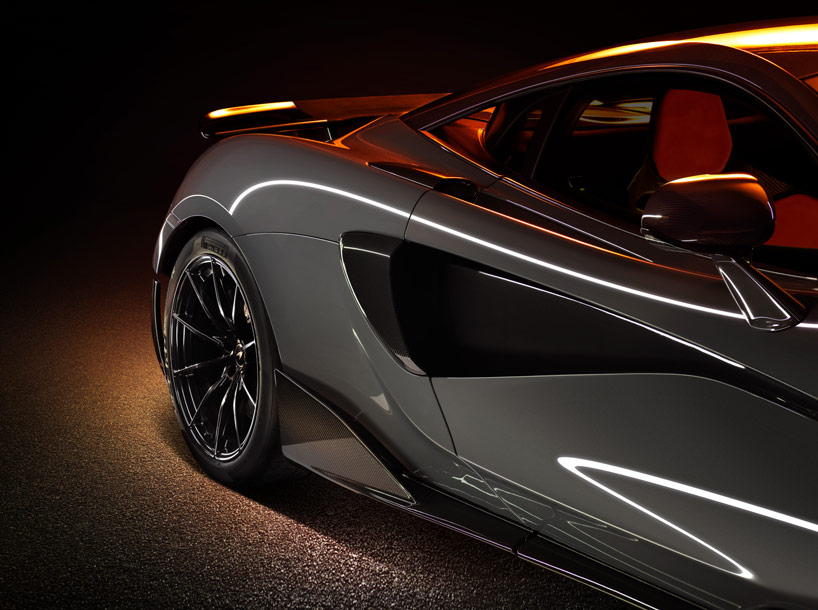 the dramatic styling of the ‘600LT’ is continued with a track-focused cabin. it extensively pairs lightweight alcanatara fabric with carbon fiber. this is no more apparent than in the racing seats, first seen in the ‘P1’, which comfortably cocoons the driver in an embrace focused on the race in front. this highlights the refinements of performance made by the engineers at mclaren, who aimed to further improve driver engagement, control and feedback. 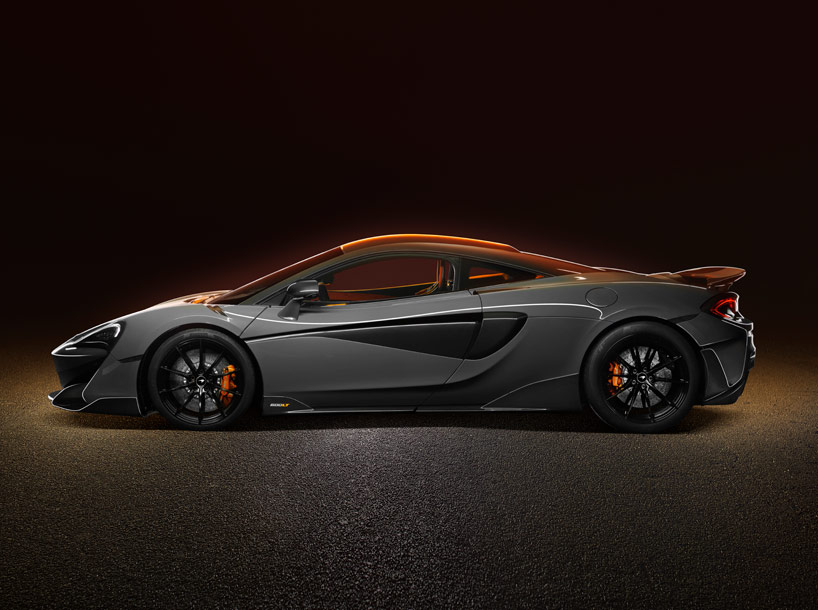 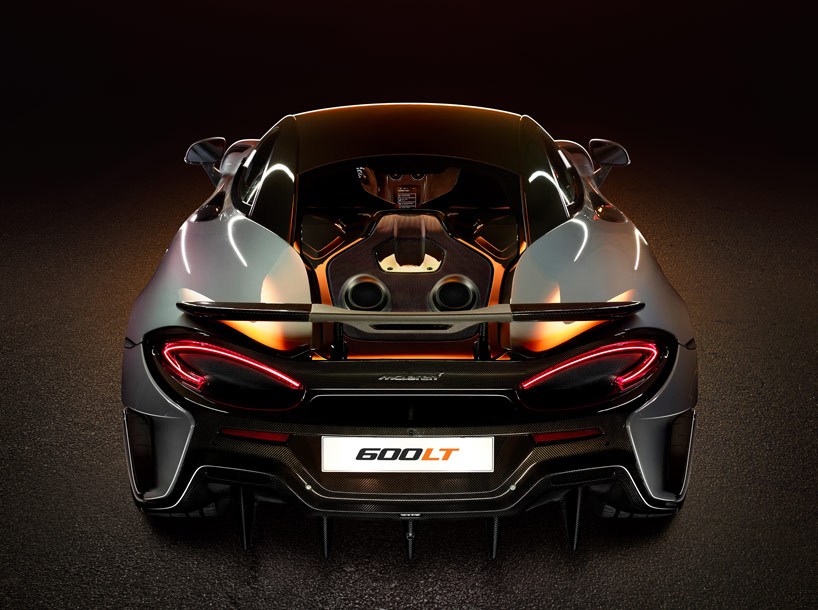 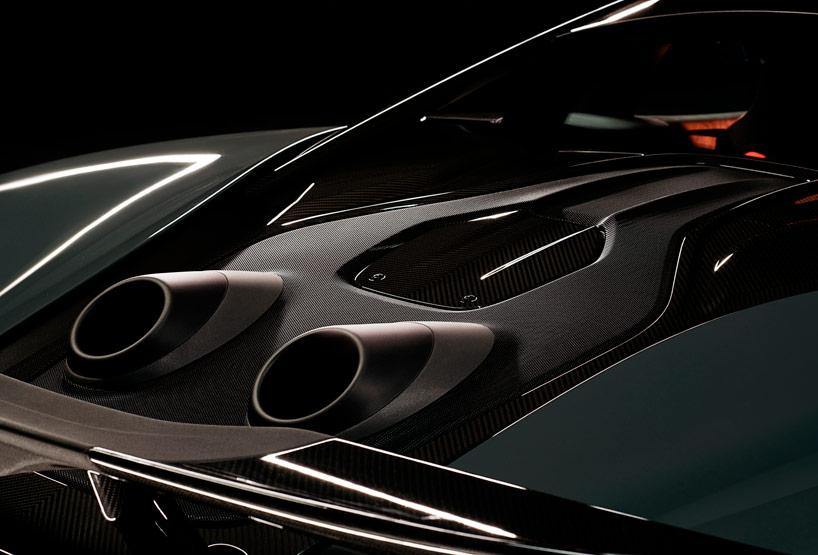 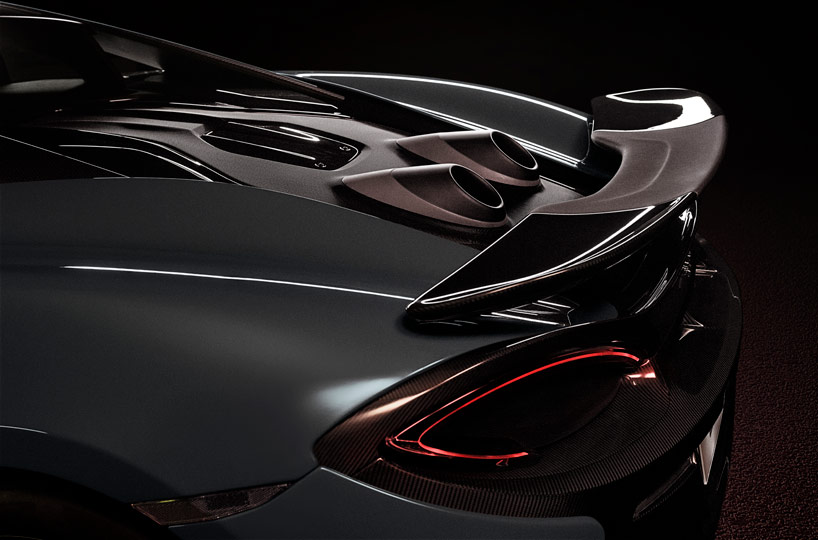 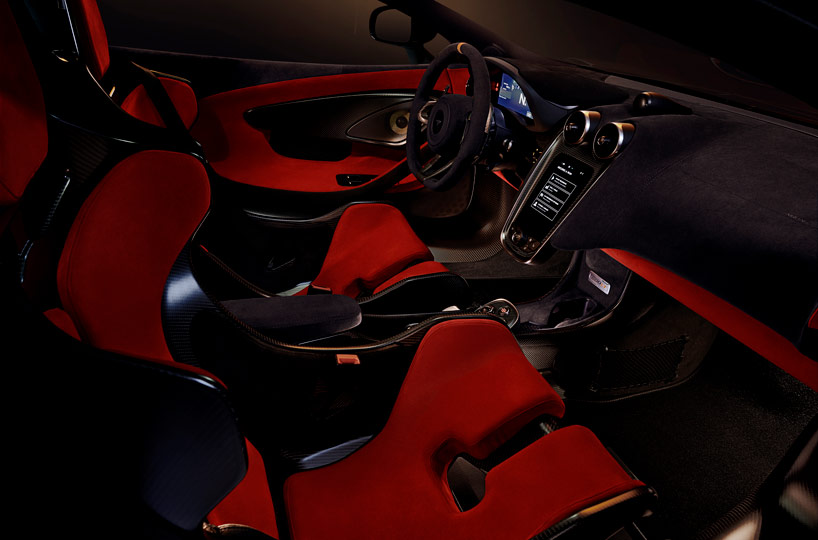