when mclaren honda has a building full of engineers and designers often confined by rules and restrictions, they need to somehow vent their creative ideas. the ’MP4-X’ concept was established to harness mclaren’s vision for the future of motorsport technology by employing alternative power sources, adaptable chassis and computer systems that can communicate in the event of a failure or problem. the formula one team equipped the concept with the most cutting edge technological solutions that exist in the world today to create a race car that could exist in the distant future.

‘with the futuristic mclaren MP4-X concept race car, we wanted to peer into the future and imagine the art of the possible,’ explains group brand director at mclaren technology group, john allert. ‘we have combined a number of F1’s key ingredients – speed, excitement, and performance, with the sport’s emerging narratives – such as enclosed cockpits to enhance driver safety, and hybrid power technologies. formula 1 is the ultimate gladiatorial sport, and the future we envisage will be a high-tech, high-performance showcase that excites fans like no other sport.’ 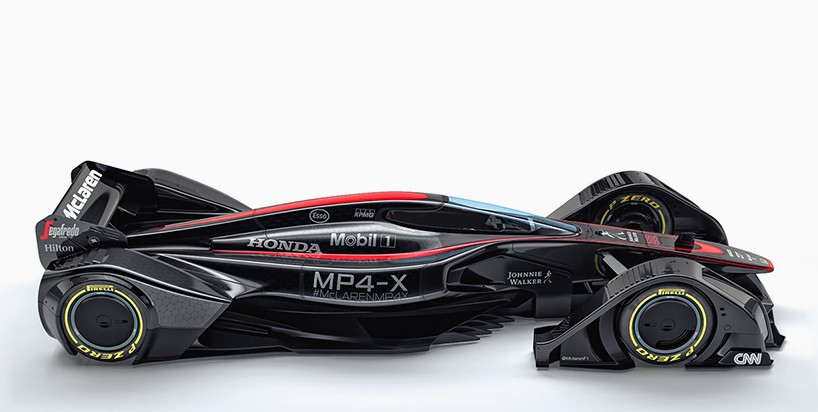 batteries would be incorporated into the bodywork

the futuristic grand prix car receives additional recharging by using inductive coupling built into the track. rather than storing energy in concentrated areas, mclaren designed thin batteries fully integrated into the crash structure, storing energy from the track and the solar cell systems. this could lead to more sustainable racing, but also be a shift change in vehicle powertrain architecture that would benefit everyday cars. 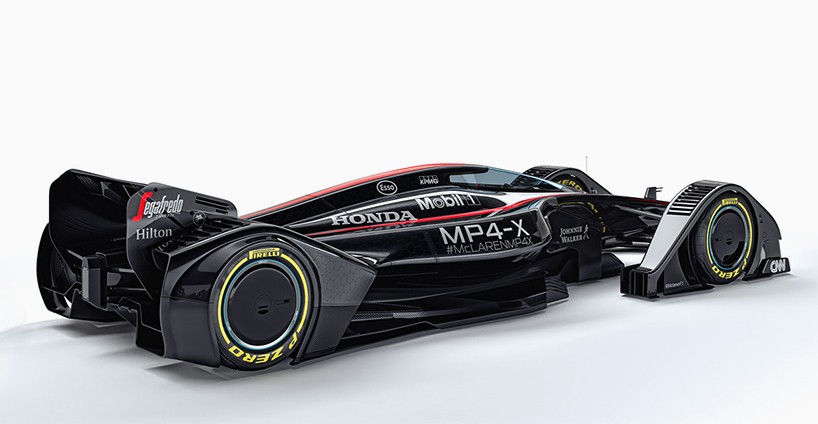 currently, formula one is wrestling with the idea of introducing canopies. but team believe that a canopy not only needs to be structurally incorporated into the chassis, it needs to be easily accessible in the event of a roll and improve visibility. this means, it could be more adaptive enhancing the driver’s viability in low light or intense light.  electrodes fitted to the surface of the car’s wings would electronically control the bodywork, enabling downforce to be dialed in for cornering, then dialed out on the straights. the ‘MPX-4’ would also be fitted with advanced shape-memory alloys that allow an electrical current to pass through them so they change shape under specific loads or particular conditions.

the ‘MP4-X’ would have adaptive aerodynamic panels

impact-prone and safety-critical areas of the car would make use of material advancements. the structure would have the resilience to recover their original shape and properties, and still be able to provide protection to the driver. on the body itself, mclaren introduces a complex digital billboard. brands and positioning would reflect the viewer’s individual preferences and browsing habits, rather than simply adopting simple stickers approach. the mclaren honda ‘MP4-X’ is a unique conceptual take on the motor racing’s future. finger’s crossed, this concept becomes a reality sooner, rather than later. 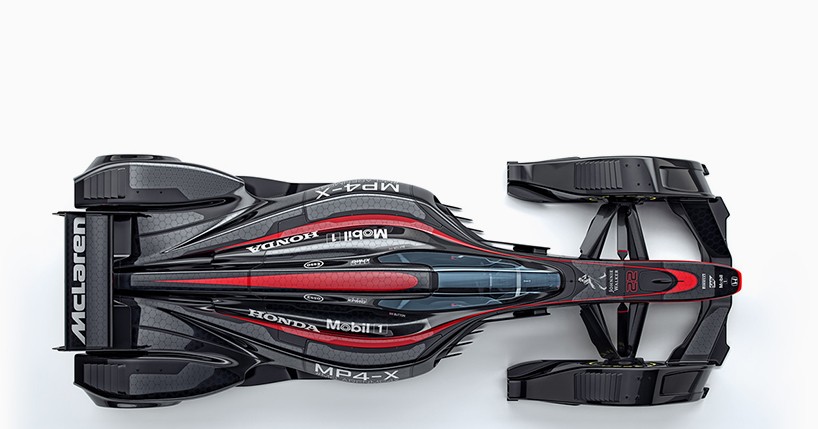 solar cells would cover the entire surface of the race car 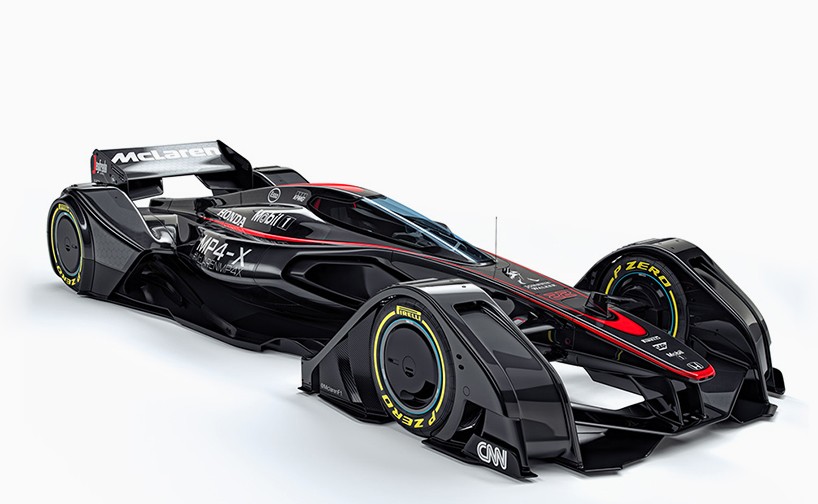 the chassis would return to it’s original after a crash 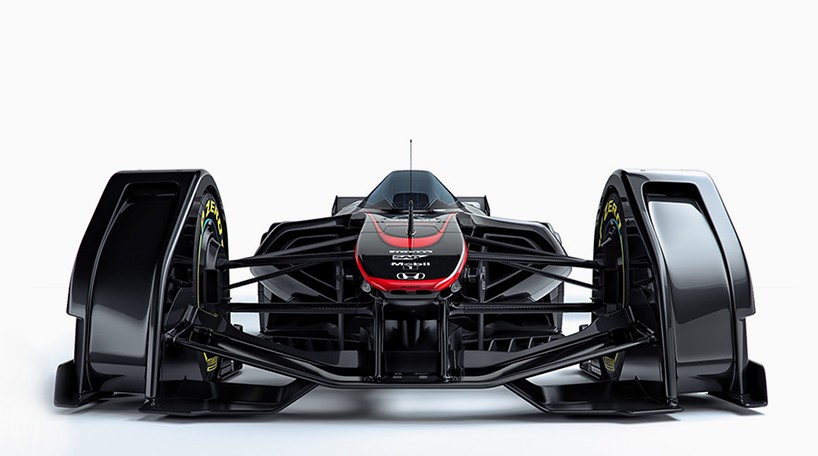 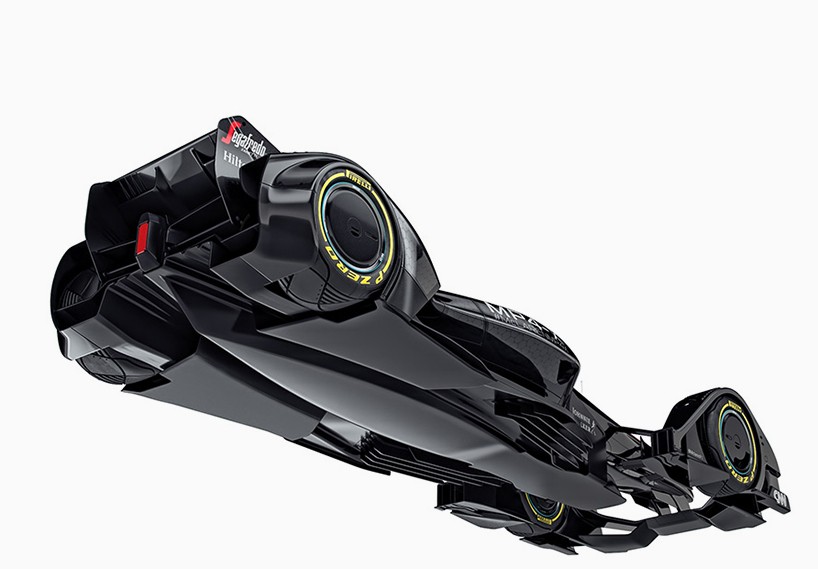 the undercarriage of the mclaren honda ‘MP4-X’

the canopy would enhance the driver’s perspective

the canopy would hydraulically automatically rise up

the advertisement would change during the race 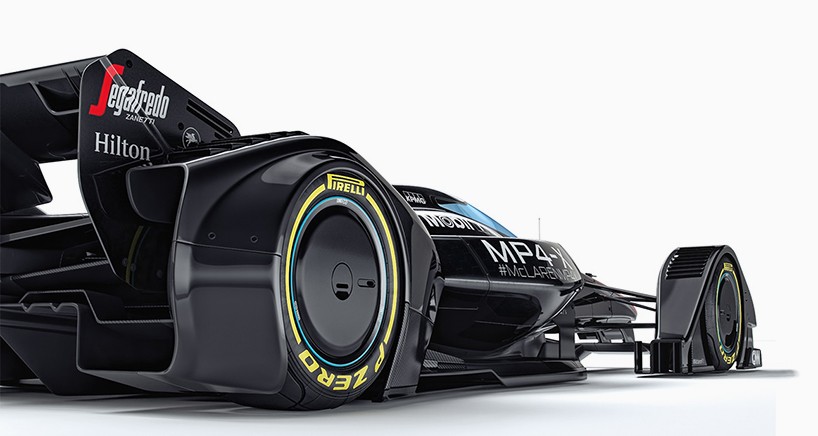 engineers would be able monitor live readings of the tires