commissioned from mclaren special operations as an MSO collection, a limited number of ‘570GT‘ supercars are finished in the british-automaker’s historic ‘XP green’ exterior paint – the same color as the ‘F1 XP GT longtail’ homologation model built in 1997. the saddle tan leather interior features green leather inserts in the seats and green contrast stitching, as well as a dedication plaque mounted on the centre tunnel beneath the infotainment screen identifying each car as one of six in the collection. 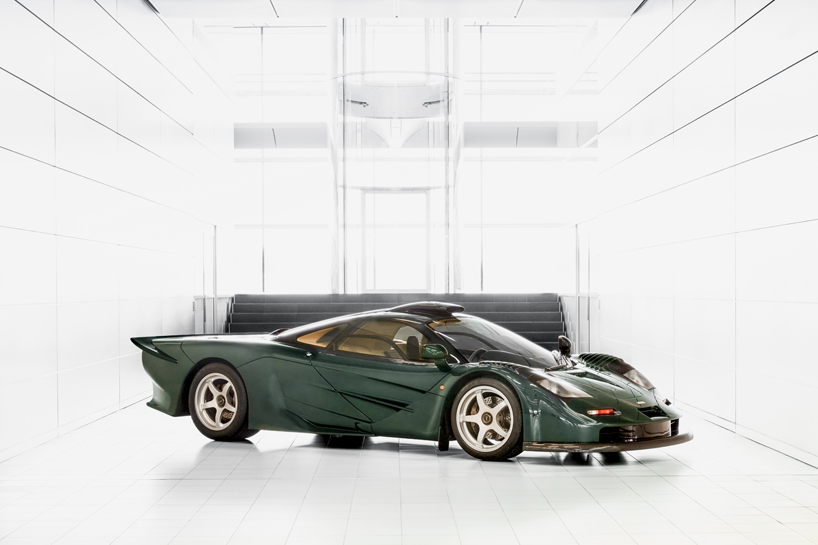 the exterior of mclaren special operations’ bespoke ‘570GT’ is adorned with saddle tan aero pin-striping edging the front aero blades, side skirts and rear diffuser, while each door carries a stripe of the same color that runs rearwards from a subtle union jack emblem finished in silver-grey. MSO black exterior components replace the front splitter, door inserts, side air intakes, side skirts and rear bumper, diffuser and spoiler, all of which would usually be finished in dark palladium or body colour. 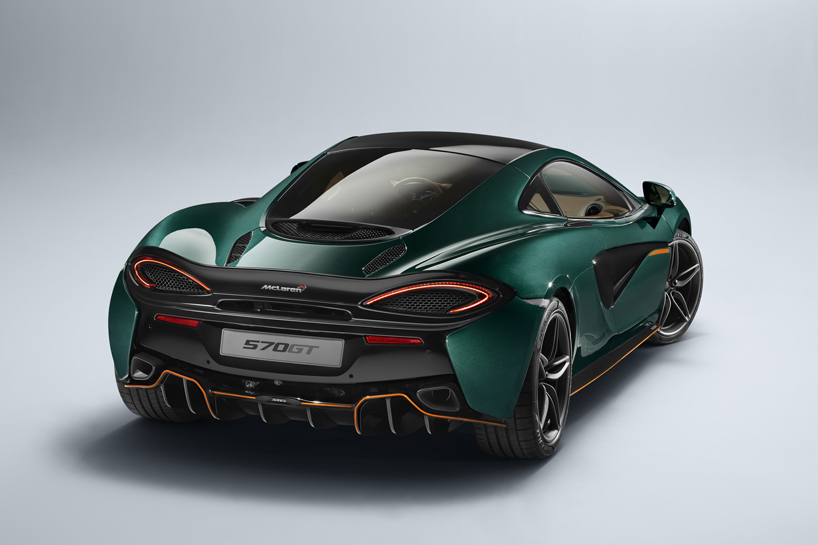 the inspiration for the MSO color and trim enhancements on the ‘570GT’ is a combination of traditional british automotive hues and a special car from mclaren’s own history – the ‘F1 XP GT’.

although conceived as a road car, the ‘F1’ enjoyed significant motorsport success, including victory at the 24 hours of le mans in 1995 on its first attempt. this meant that further track competition beckoned and to keep pace with dedicated racing opposition, a ‘longtail’ GT race car was developed. ‘F1 XP GT’, instantly recognizable by the extended rear bodywork and distinctive color, was the original road-going prototype built to satisfy the homologation requirements of motorsport governing body, the FIA. the car’s deep bottle green paint finish, referred to as ‘XP green’ in mclaren special operation’s paint palette, is now reserved for bespoke commissions. 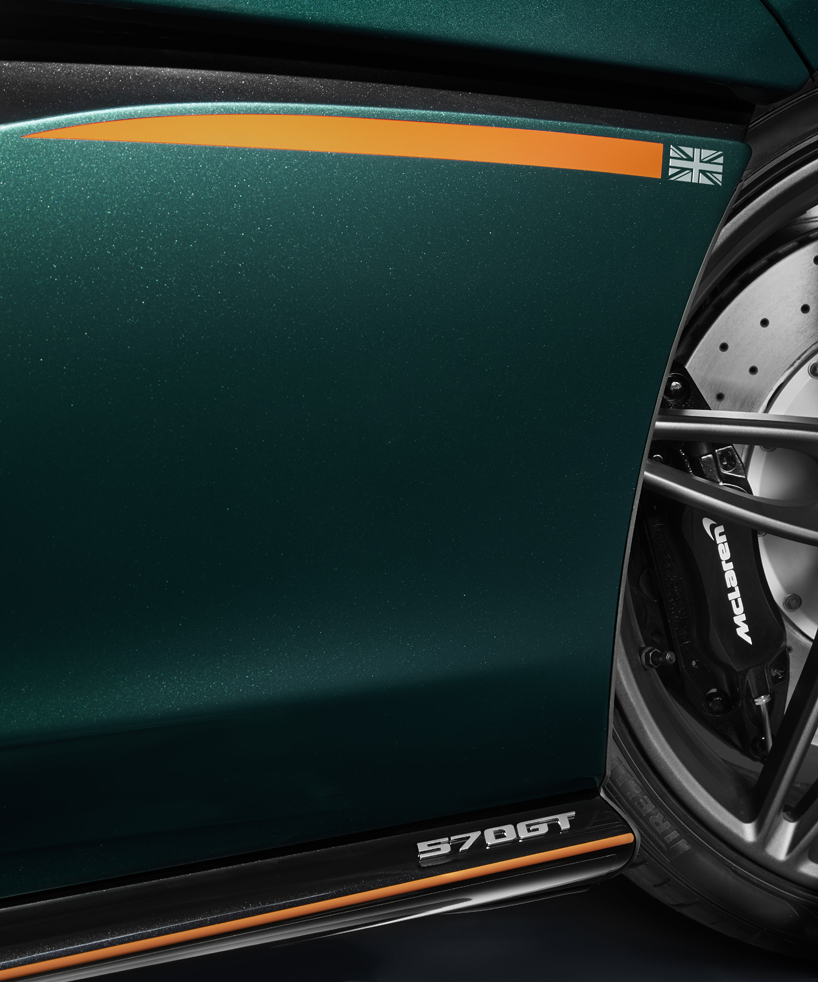 the mclaren’s classic GT lines sweep down into a side-opening rear glass hatch to provide an additional 220 litres of storage on the leather-lined touring deck. chassis settings deliver the additional comfort expected from a car designed for touring, with spring rate stiffness reduced by 15% at the front and 10% at the rear compared to the 570s coupé. the ‘570GT’ remains a serious sports car, with its 3.8 liter twin-turbocharged V8 engine producing the same 570 ps and 600 Nm as the coupé, with performance to match. 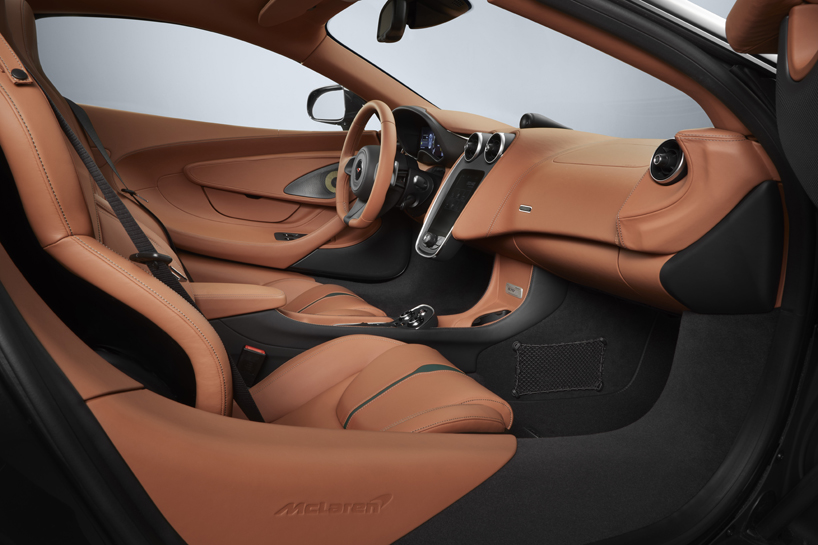 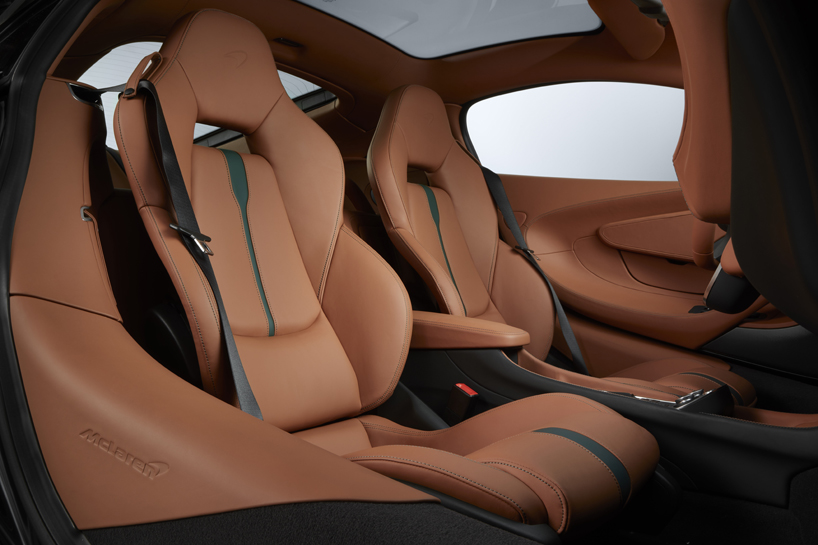 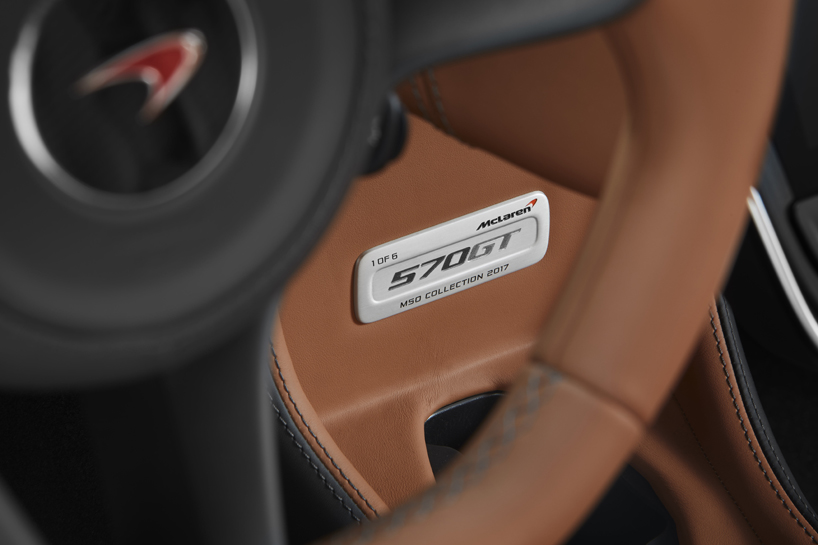