a scale model of the bladeless windmill developed by mecanoo architecten and delft university of technology is now viewable in front of the on-campus faculty building dedicated to engineering, mathematics and computer science. the electrostatic wind energy converter (EWICON) is a steel frame structure that uses particle movement to generate energy. electrically charged water droplets are moved across a bipolar field by wind which creates a current that is transmittable to a grid. as such, the form is freed of mechanically moving parts and instead becomes a sleek steel frame supporting a shear of horizontal tubes. more pragmatically, the lack of moving parts reduces maintenance costs, wear and tear and shadow casting as well as virtually eliminating noise pollution. the technology was developed by TU delft’s departments of chemical and aerospace engineering in conjunction with wageningen university and is slated to be the next phase of wind energy technology. while traditional turbines convert wind energy into mechanical energy that is then turned into electrical energy, the EWICON uses electro hydrodynamic atomisation wherein a high electric field is used to generate and charge particles simultaneously. the EWICON’s filleted rectangular form was integrated in mecanoo’s proposal for stadstimmerhuis 010 in rotterdam, which suggests that future applications of the technology are particularly relevant to urban architecture. 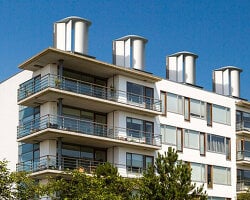 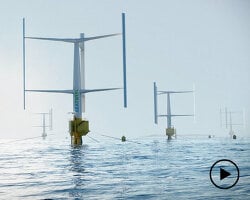 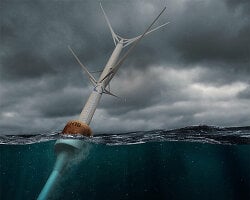