UK telecommunications brand orange has released their futureself campaign in the form of an interactive platform, which invites people to engage in a technological journey 20 years down the road to meet and speak with one’s future self. a partnership between paris-based publicis conseil and canadian production studio jam3 has brought the digital experience to life, using a host of virtual enhancement programs to take the participant to the year 2034. try it out for yourself here.

faceshift (facial motion capture software) was used on live actors and enabled us to track and replicate facial muscle movement,’ describe the jam3 team. ‘then using a combination of 3D rendering, aging simulation browser technologies like google’s speech API and WebGL, a ‘living’ speaking version of your future self appears, ready to have a conversation with your curious present self via webcam.’ 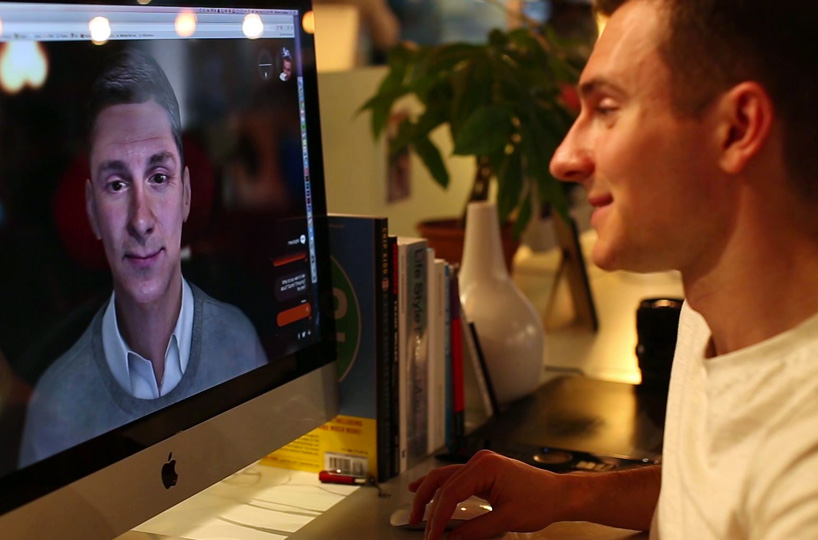 participants are invited to converse with their futureself

as the user enters the platform, the interface prompts them to position their face in front of the webcam, which autonomously snaps a self portrait. confirmation of key alignment points like lip line and eye size ensure the most accurate result. a few questions follow such as gender, eye color and current age, and finally the data and image is rapidly scanned into a virtual version of what you may clearly distinguish as yourself. the platform invites you to ask the avatar questions about lifestyle, habits and personal happenings, which answers — to the best of its ability — as if speaking from the year 2034. 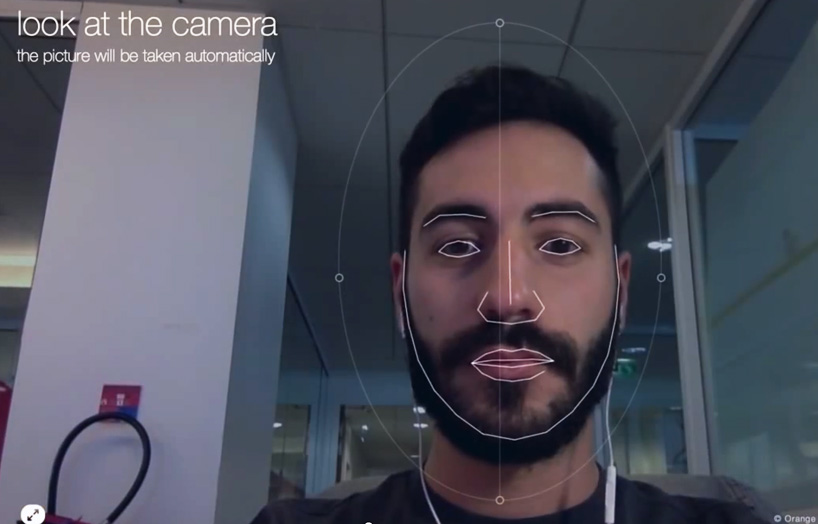 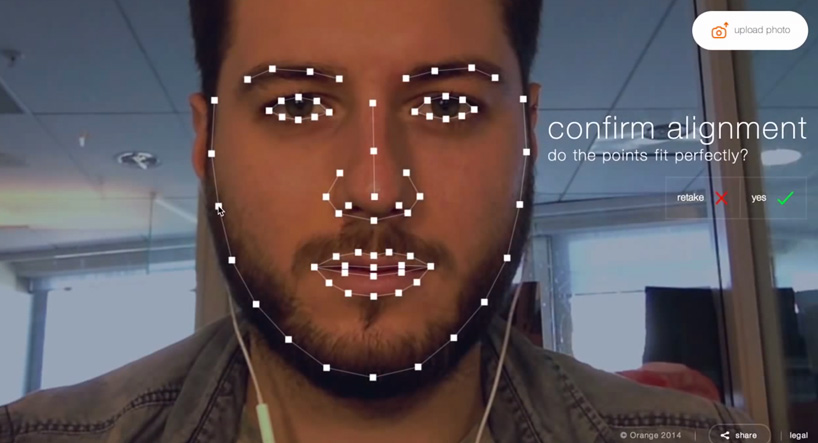 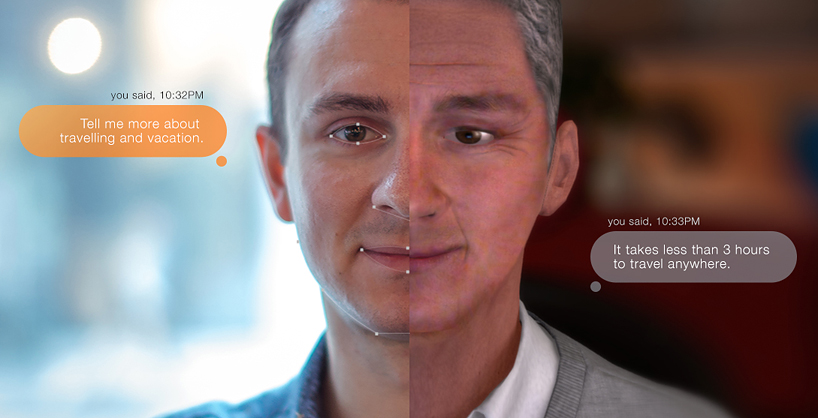 two halves of the same face, before and after the virtual enhancement 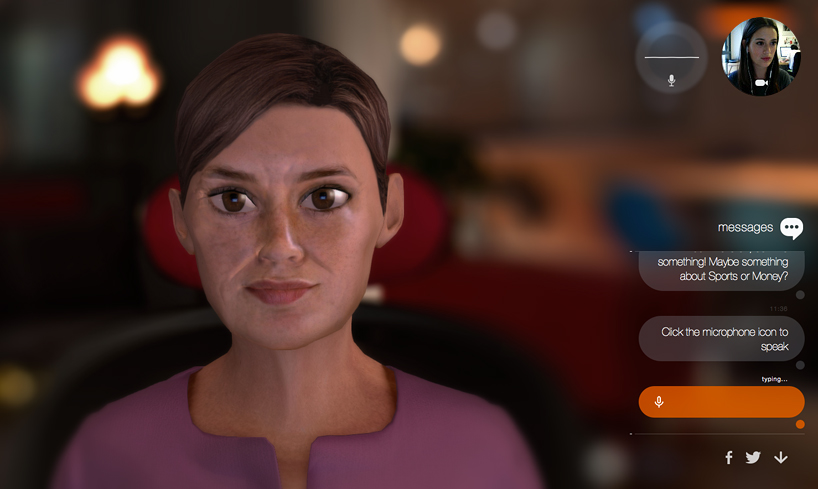 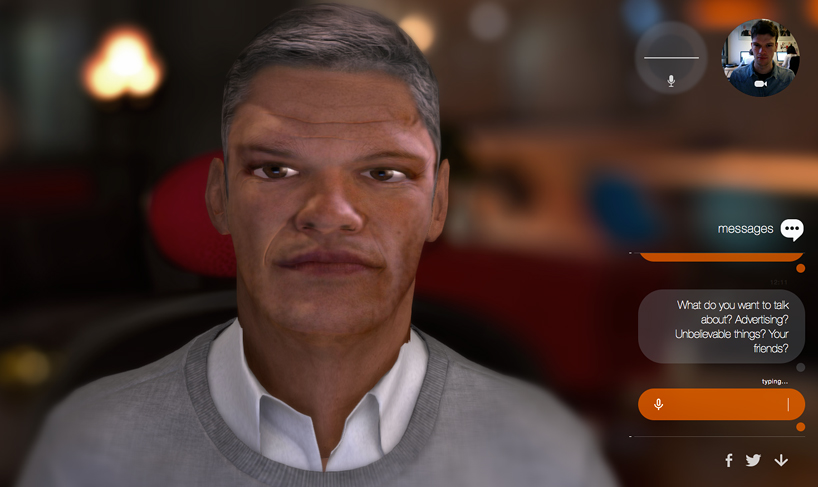