messenger dog is a digital messaging system for use in disaster relief efforts developed by mary huang, laura boffi and li bian. the informal system aims to connect people who may have been displaced during a crisis such as an earthquake. messenger dog enables people to record video messages to loved ones and send them through the dog wearing the device. messages are geo-tagged and time logged so that people can track where messages originated from, hopefully reuniting loved ones. the dogs are deployed from a single point such as a refugee camp and sent out with the device on their back. the dogs return to the point of origin at the end of the day, where any recorded video can be downloaded for users to watch. 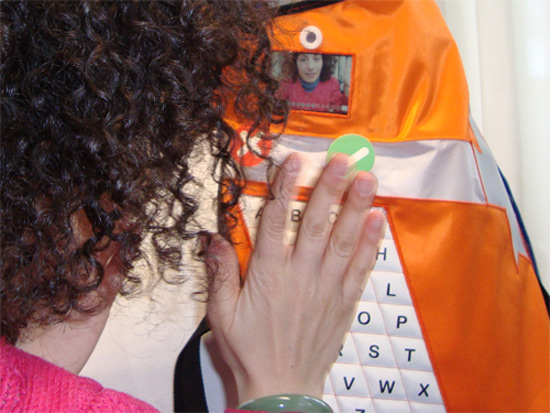 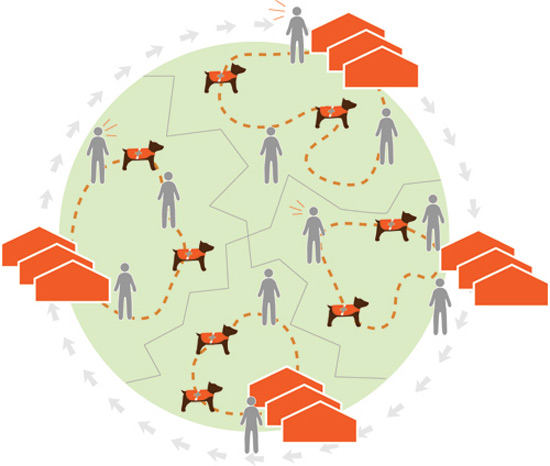 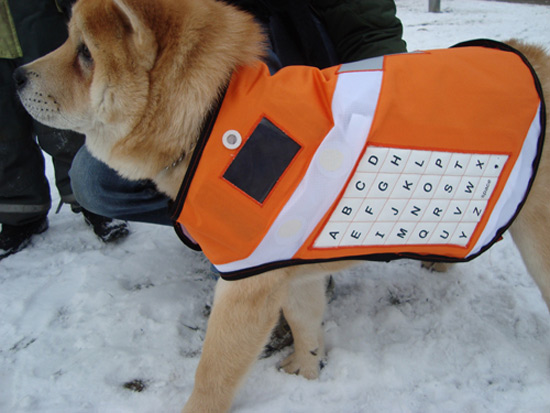 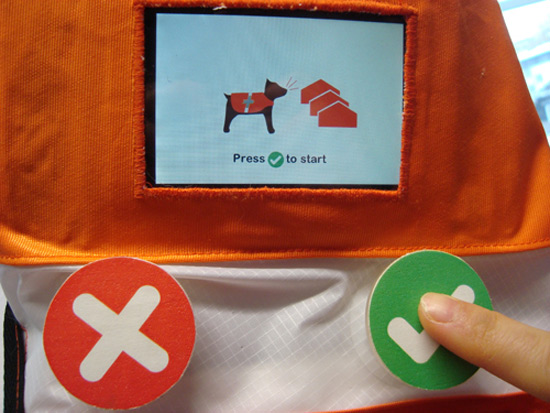