hook and loop fasteners have become commonplace features of both industry and households. however, they have one snag: they are too weak for many applications.hook and loop fasteners made of spring steel have now been developed at the institute of metal forming and casting of the technische universitaet muenchen (TUM).

the device consists of hook tape and loop tape 0.2 mm thick. these fasteners are resistant to chemicals and can withstand a tensile load of up to 35 tonnes per square meter at temperatures as high as 800°C. 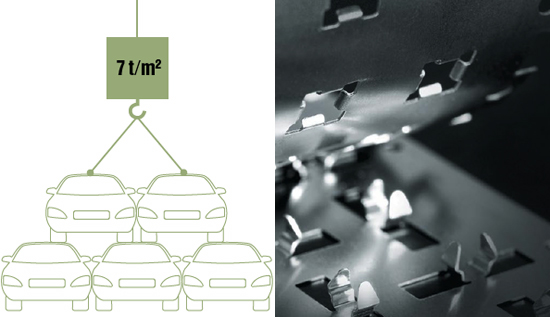 spring steel hook elements deform elastically under light pressure to glide into openings in a perforated tape, once inserted, they return to their original form and resist back pull like an expanding rivet. numerous steel hooks can attach at any angle to the loops in the perforated metal loop tape. 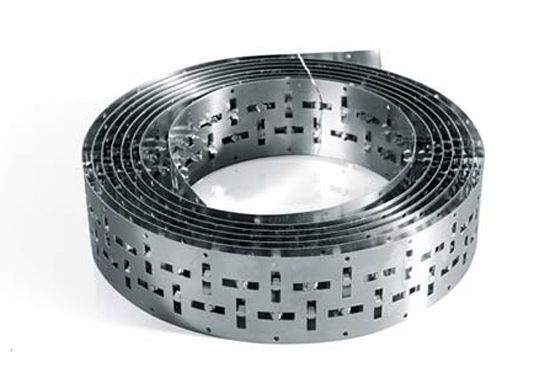 it can be mass-produced photo credit: TUM

‘metaklett’ is a hook and loop fastener system developed by researchers at TUM, the technische universitaet muenchen, under the leadership of professor hartmut hoffmann (and as part of a joint project launched in 2005 with the federal ministry of education and research / BMBF) in close cooperation with partners from industry. ‘metaklett is a portmanteau of ‘metall’ and ‘klettverschluss’, which is the german generic for velcro®. like velcro fasteners, ‘metaklett’ devices can be easy to secure and release, yet they can withstand very strong mechanical stresses, high temperatures and harsh chemicals. the unbeatable advantage of this hook and loop fastener is that it is easy to close and open again, the principle therefore is put to a very wide range of uses, for example air-conditioning and ventilation systems in building services engineering and automotive construction. 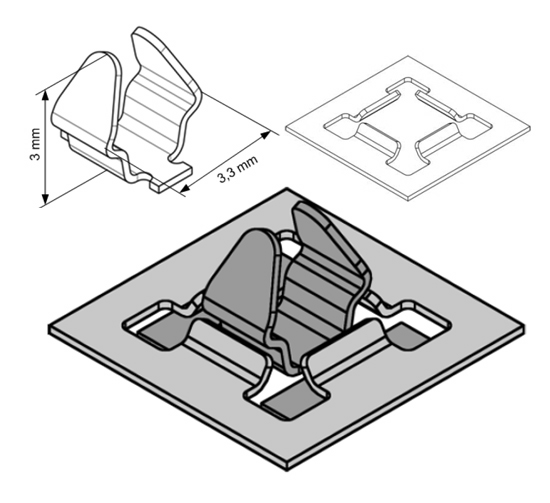 the researchers created various three-dimensional models for the optimum interlocking of the fastener elements on the computer.they then built the most promising candidates as prototypes and subjected them to comprehensive tests. around 40 variations of the geometry referred to as ‘flamingo’ alone were tested on the computer. they studied its adhesive strength and reaction to extreme temperatures to establish the limits of its resilience. 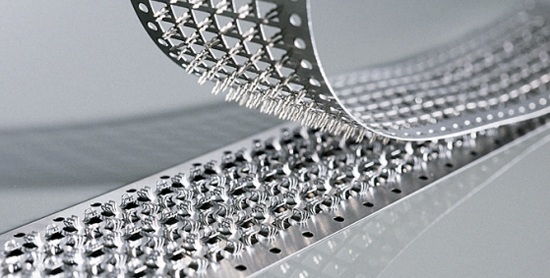 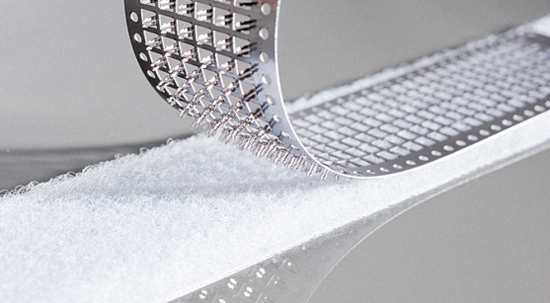 a hybrid version with synthetic strap photo credit: TUM after testing, the institute settled on two variations: the ‘flamingo’ and ‘entenkopf” (or duck’s head) models. the hook forms of the two systems are vaguely reminiscent of a duck’s head and a flamingo standing on one leg… the entenkopf uses fine steel hooks and loops, while the flamingo uses wider hooks that snap into openings in the tape. depending on the direction of the applied force, this fastener can withstand a load of 7 to 35 newtons per square meter. 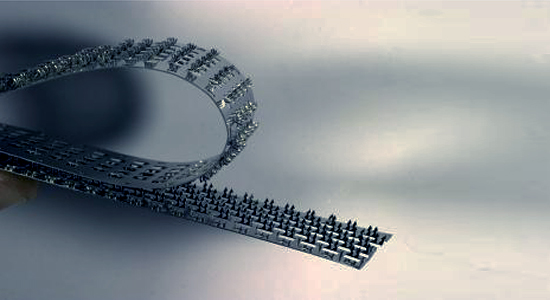 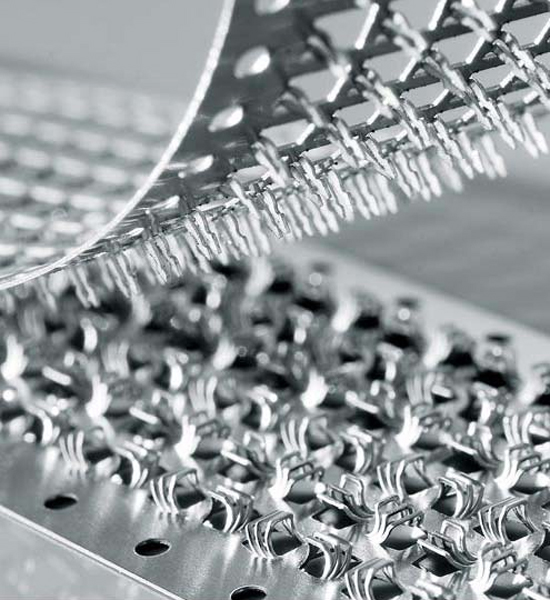 a car parked in direct sunlight can reach temperatures of 80 °C, and temperatures of several hundred degrees centigrade can arise around the exhaust manifold. aggressive disinfectants are used for cleaning purposes in hospitals, and traditional hook, and loop fasteners are too weak for use in the construction of building façades…temperatures in excess and aggressive chemical solutions do not pose any problem for ‘metaklett’, which also offers adhesive strength of up to 35 tonnes per square meter when tensile force is applied parallel to the fastener surface. when it is applied perpendicular to the fastener surface, ‘metaklett’ can still withstand a force of seven tonnes per square meter, and, like a standard velcro® fastener, it can be opened and closed without the help of any tools. 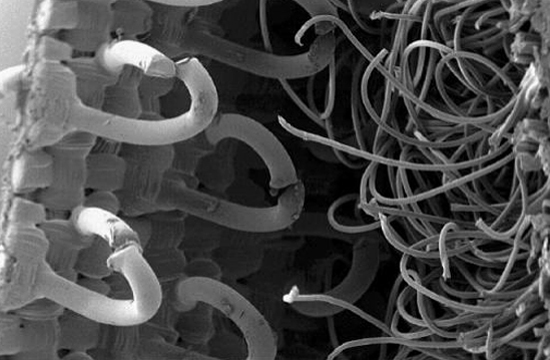 up and close on velcro® more than 60 years ago, the swiss engineer and inventor george de mestral was trying to painstakingly remove burrs from his dog’s coat after a hunting excursion, he stumbled on an ingenious idea. based on the model he had observed in nature, he constructed a fastener from numerous small hooks and loops, which he subsequently named velcro®. unfortunately, standard synthetic hook and loop fasteners are not very resistant to heat and aggressive chemicals.