after a 20-year hiatus, car company moke international is back behind the wheel, this time teaming up with chinese manufacturers chery motors and their subsidiary company sicar engineering to put the moke vehicle back on the streets with a new 21st-century aesthetic concocted by british designer michael young (an avid moke enthusiast himself). the niche automobile will be released on a low-volume basis, with only 1000 cars per year being produced, focusing primarily in australia. michael young expresses his ideas towards the new version:

‘as a moke enthusiast when the email came asking if I was interested to talk about the project it was more like a call for duty. I had recently rebuilt a moke from the ground up out of old parts so I was fully aware of what was needed to be done. you must remember that this car is from the 70’s, I knew for a fact there was no way we could just replicate it, times have changed and the car needed enhancements, improved road holding, breaking, suspension and so on. I was equally aware that I had to respect the past and make sure the over all visual aspect be kept in tact. lets say this is the first version, it was essential for find a balance in equal terms for the old enthusiast and also the new generation.’

a long future is expected for the vehicle, as the holga has made a comeback in the photographic world, so is the moke in the automotive world, selling a lifestyle above all, with a fuel-injected engine available in automatic or manual transmission and plans for the electric eco-moke to be introduced next year.the 70’s and 80’s age of ‘no doors, no roof, no worries’ is getting a second chance in the sustainably aware 21st century. 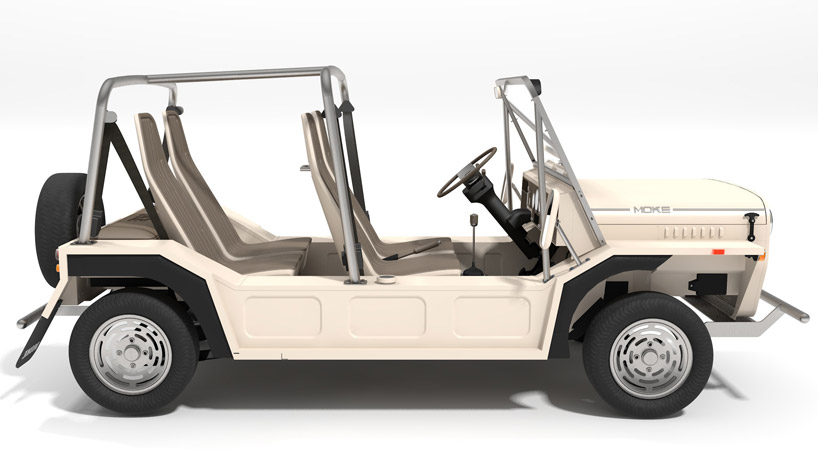 no doors, roof, or windows create a relaxed ambiance 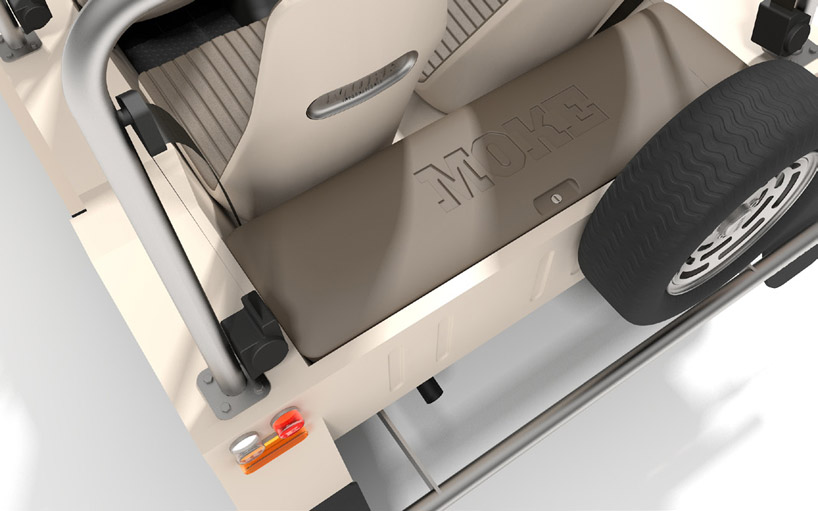 a storage unit for the hood and cooling beer 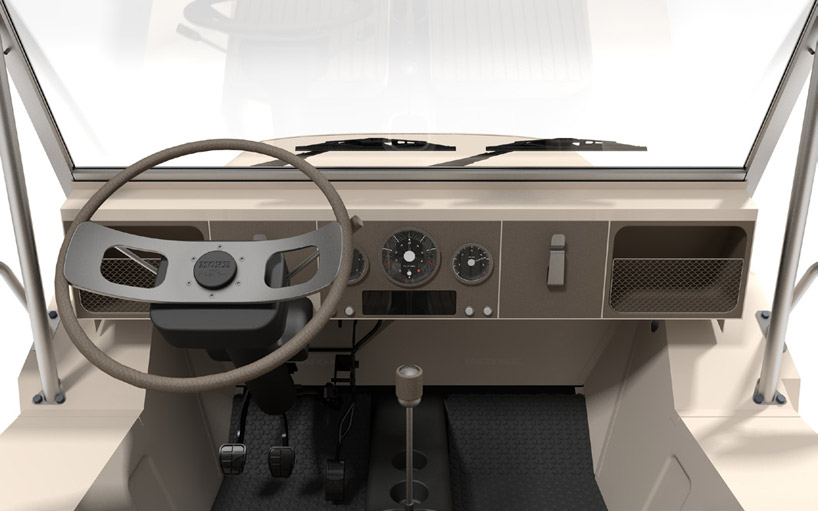 a simple interior and exterior make it a perfect car for passenger transport, putting the emphasis on the landscape and not the vehicle or driver