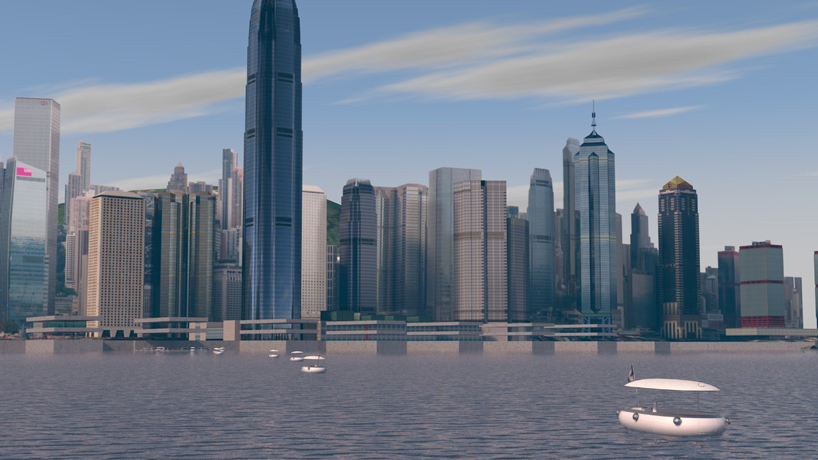 the environmental protection department said that the local government has being implementing air pollution control for both ocean going vessels and fuel at berth regulations since 2015, requiring them to reduce their carbon emissions. michael young studio responded by offering alternative electrically powered small boats and ferries. 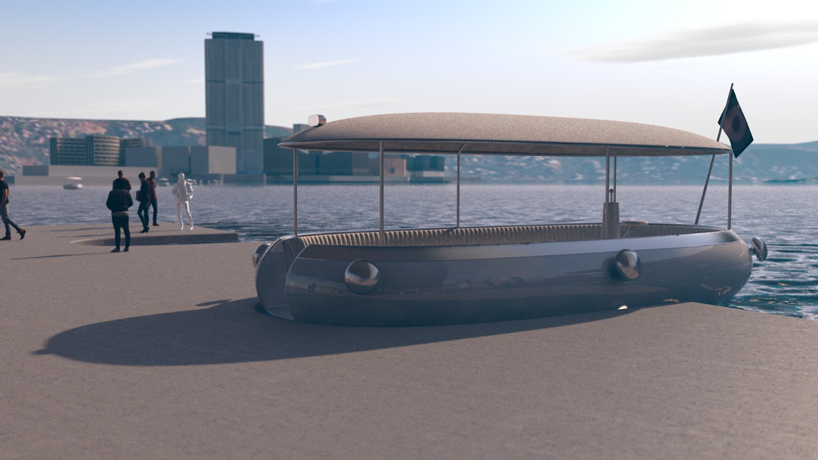 tthe osea D1 is a small craft conceptually created to run passengers between hong kong island and the new m+ museum of visual culture, and the west kowloon cultural district. there are numerous benefits to electric motor propulsion, it is quieter, more efficient at lower speeds and less toxic. 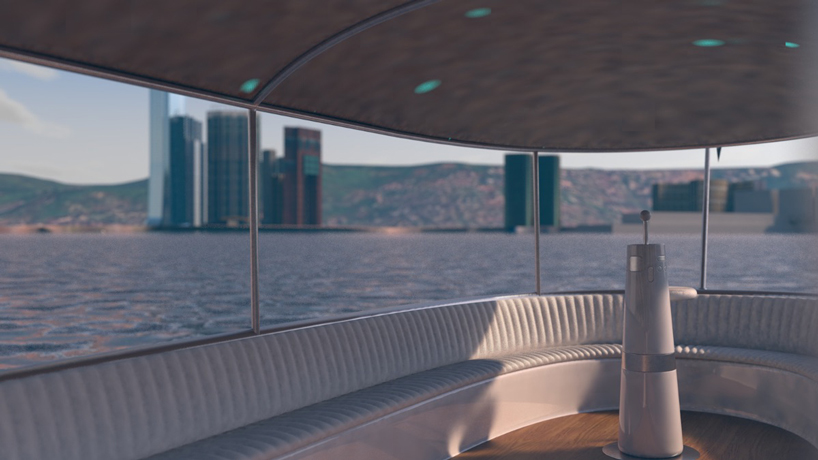 osea D1 is also expected to lower overall costs by reducing or eliminating the need for oil and transmission fluid changes, filter and impeller replacements and starter problems. additionally, unlike diesel or gas engines, electric motors provide full torque instantly so boats get up on plane faster.

‘electric propulsion systems have proliferated within the automotive industry, hybrid or electric boats are beginning to gain steam,’ the studio explains. ‘still, the marine world is a relatively small niche market that tends to follow rather than lead other industries in terms of innovation.’ 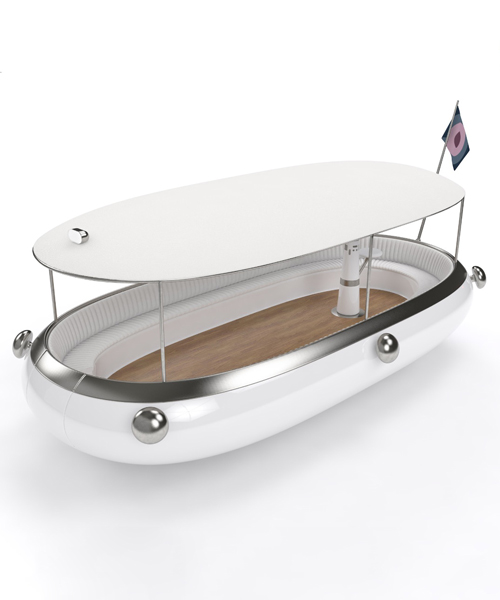 ‘currently less than 2 percent of boats are integrating electric or hybrid propulsion,’ the studio adds. ‘this slow adaption is partly due to the unique issues of boating. boats have a different frequency and variance of use than cars and the market has many segments (ferries, sailboats, small high speed planers, large distance cruising yachts, etc.) where boats are used differently, making it hard to build one solution to fit all applications. however, a few companies are trying to change this.’ 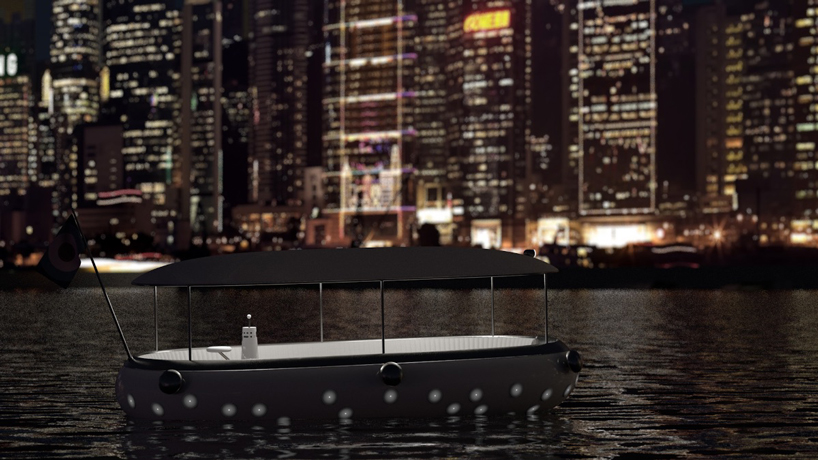 the project is a concept at present and osea D1; the smallest offering is proposed to be made in recycled polyethylene and steel. the design itself offers a unique user experience in a city responding to necessary change both environmentally and in terms of design. the product is a walk-on walk-off concept that can land itself into a secure dock and charging station thanks to a hydraulic control and stabalising system.