harvard’s most famous drop out, microsoft founder bill gates, returned to the university on thursday to take part in a Q&A with students. gates left the ivy league school in 1975 after two years of study and started microsoft with paul allen soon after. in the Q&A gates admitted to his biggest regret as a student was not socializing more and that at the time his classmates would force him to go to fraternity parties.

‘I was so antisocial I wouldn’t have even known they existed, but steve ballmer decided I needed some exposure to, I guess, drinking,’ gates explained. ‘I wish I had gotten to know more people, I was just so into being good at the classes and taking lots of classes.’ 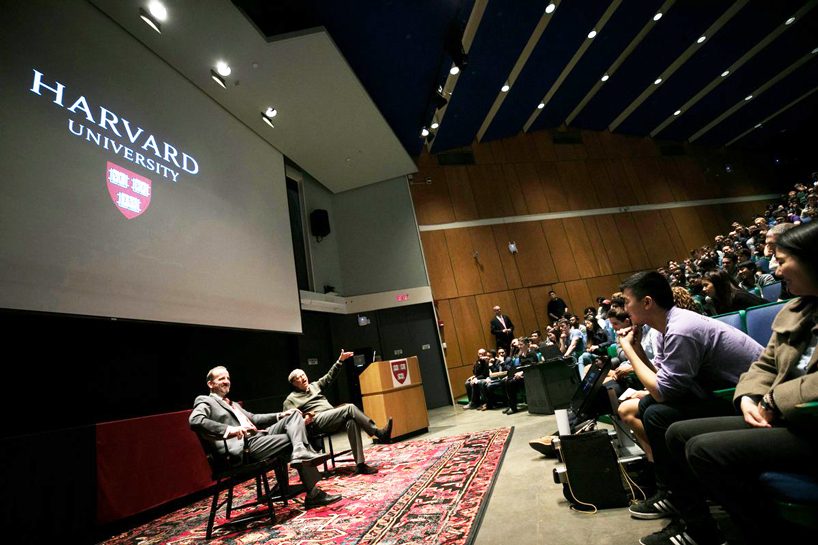 the 62-year-old billionaire also touched on his voracious love of learning despite his dropping out of harvard. ‘people say I’m a dropout, which is literally true, but because I like online courses‘, gates said before stating that he partakes in five or six online courses through the learning company every year. ‘…I like going to college more than anyone‘.

when asked what advice he would impart on harvard students today he spoke of his optimistic belief that today is a fascinating time to be alive. ‘in this generation, cancer, infectious disease — so many things will be solved,’ gates said. 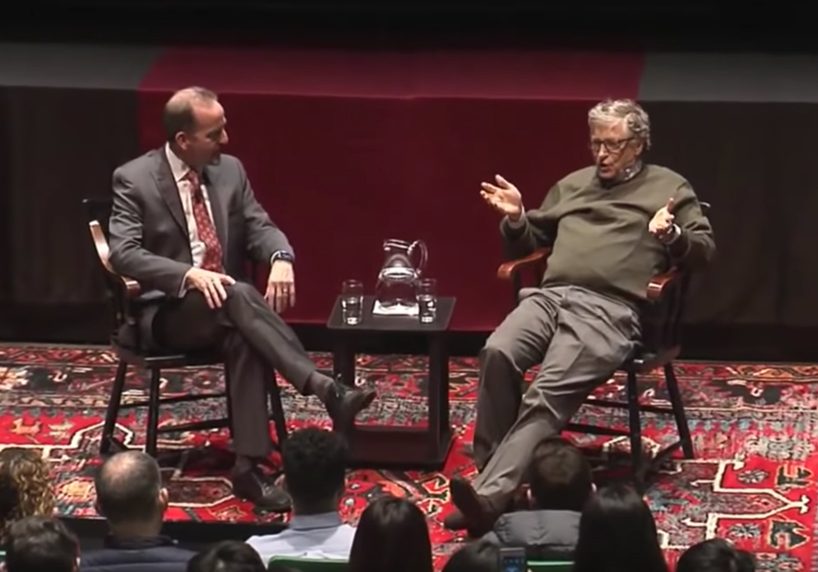 gates indicated his passions as a young boy in a question that asked ‘what would he study if he was a sophomore today?’ ‘the thing that you’re likely to be world class at, is whatever you obsessed over from age 12 to 18. In my case it was writing software. today I would go into software, which today that means going into artificial intelligence.‘

he also discussed the major issues he felt america and the rest of the world were facing, including education and global health. ‘if you had to pick one I’d say the quality of the education system. this is a country that has, essentially, a credo of equal opportunity more than anything else. the only way you really execute equal opportunity is by having a great education system‘, gates commented. ‘there are a few other issues, like staying out of wars would be a good thing. … if I had one for the world i’d fix malnutrition, and one for the u.s. I’d pick education.’

Oct 04, 2021
concorso d'eleganza 2021:10 rarest cars not on roads today, including marc newson's
see 10 of rarest cars on show at lake como, from marc newson's 1926 hispano suiza to the glamorous yet not so graceful gullwings of the only aluminum mecedes-benz 300 SL.
technology
535 shares
connections: +1110
SMART tire company startup reinvents the wheel using space-age NASA technology
invented for driving on the moon, the SMART tires are airless, and will never go flat.
technology
0 shares
connections: +160