at gaming conference E3 2016, microsoft unveiled a new member of their gaming console family – the ‘xbox one s’. with a compact design and ‘robot’ white finish, the device is 40 percent smaller than it’s predecessor, creating the most compact ‘xbox one’ microsoft has to offer. it also includes a built-in power supply and in response to fan requests, can be placed horizontally or vertically with an optional stand.

the ‘xbox’ engineers worked hard to for users to be able to watch ‘blu-ray’ movies and stream video in 4K ultra HD video, as well as offer ‘high dynamic range’ (HDR) support for gaming so players can experience richer, more luminous colors in games. with a higher contrast ratio between lights and darks, HDR brings out the true visual depth of anyones games and media.

for increased design accessibility, microsoft shifted one of the three USB ports and the pairing button to the front of the ‘xbox one s’ alongside the newly added IR blaster for remotes and other home theater devices. furthermore, in order to make the console as compact as possible and make all of these updates, they removed the dedicated ‘kinect’ port from the back. users can use an adapter for USB to connect the sensor that offers the same motion sensing experiences as the current console. 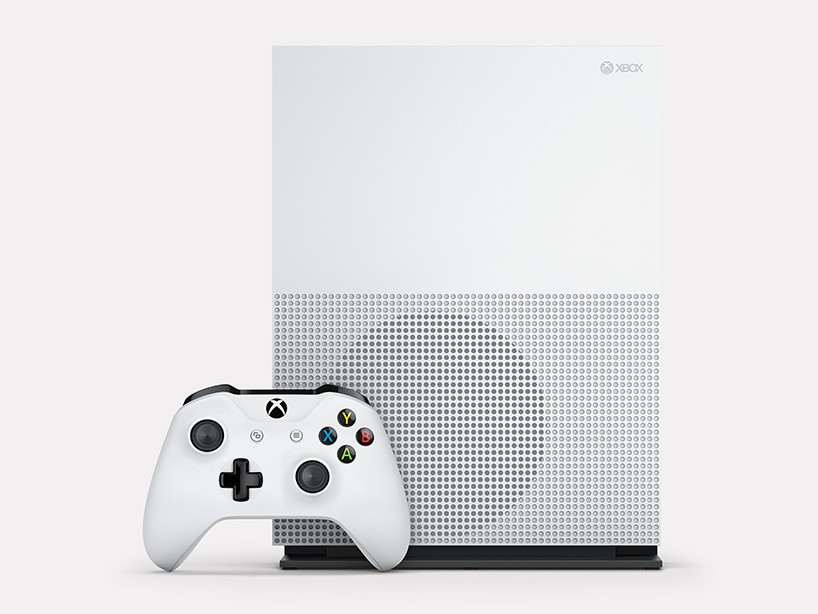 the fresh design allows the console to stand horizontally or vertically

the micrsoft ‘xbox one s’ comes with a newly designed wireless controller featuring textured grip for enhanced comfort as well as an improved signal performance to give users a more reliable connection to the console. it also offers wireless connection to all ‘windows 10’ devices through bluetooth support. the console will be available in select markets starting early august in three models – 2TB, 1TB or 500GB versions. 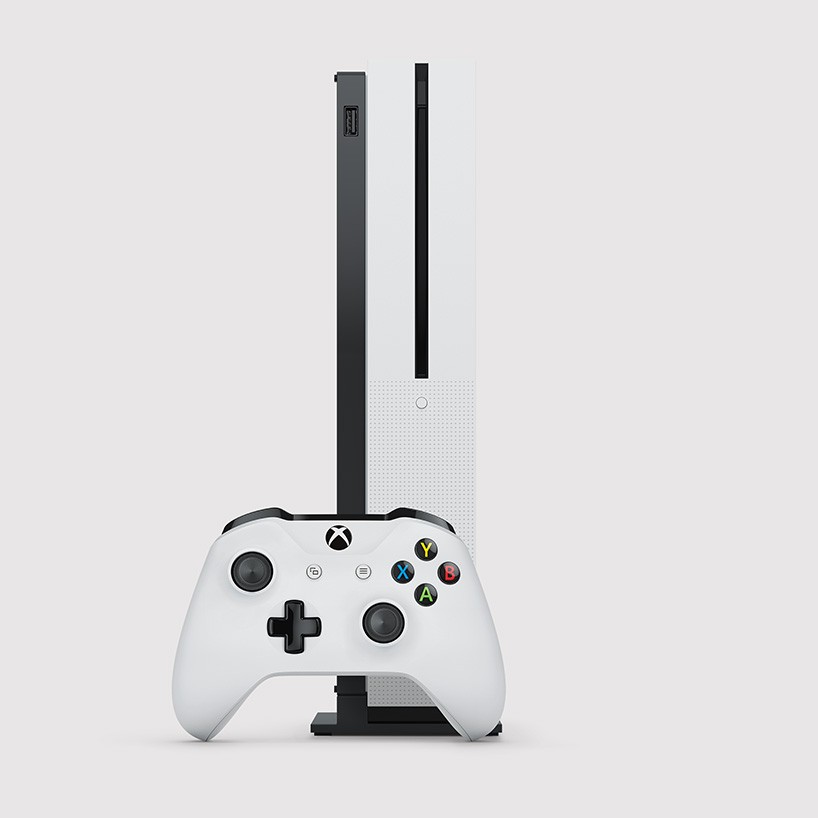 the slimmer bundle is 40% smaller than the original ‘xbox one’ 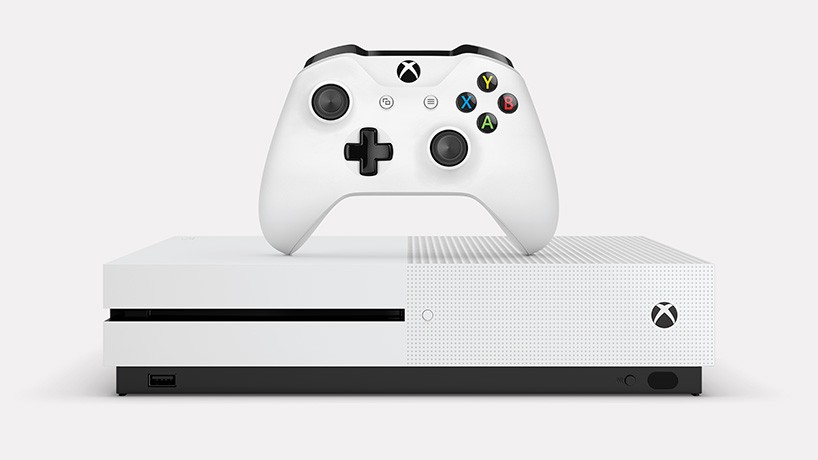