austria-based migaloo submarines will design, engineer, and build private yachts that can remain submerged both at anchor and when cruising between destinations. dubbed ‘migaloo’, the concept design is a multi-story, submersible yacht, with a helipad and eight VIP suites. guests can dine alfresco in open rooms and swim in pools on deck, watch movies in a personal movie theater, and it can transform and take you down 787 feet to explore underwater seascapes. the company are no strangers to creating otherworldly water-based concepts, as previously illustrated in its ‘kokomo ailand’ floating islands. these submersible yachts take the concept of privacy to a new level, as they descend to the sea bed completely hidden from view. 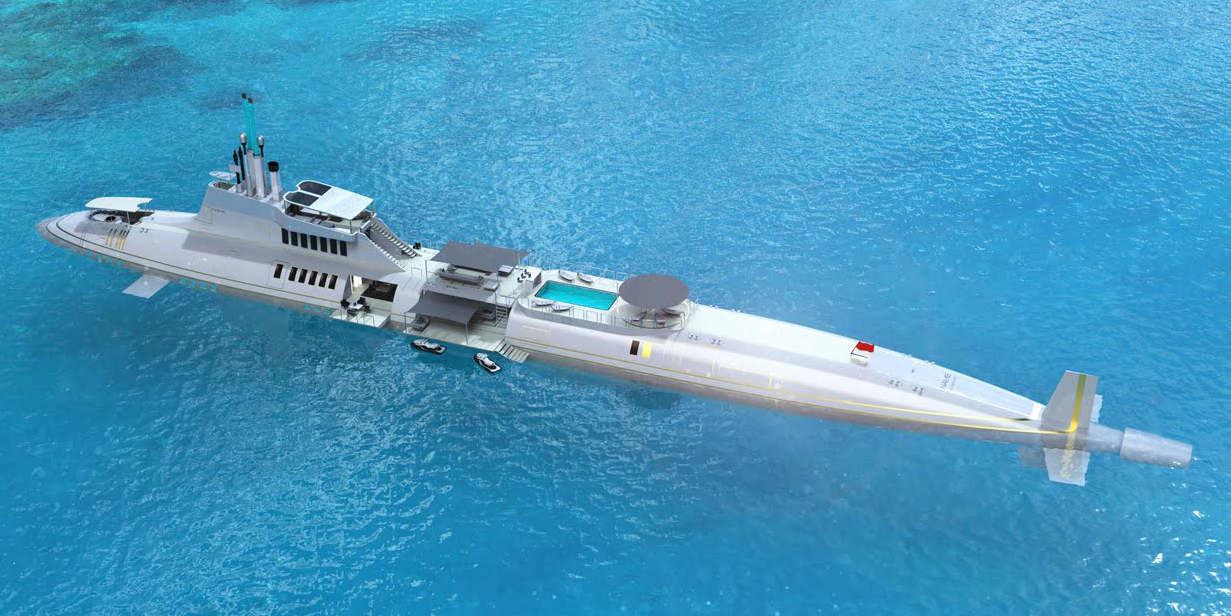 migaloo submarines, a subsidiary of the yacht design studio motion code blue, will work alongside clients to create designs that accommodate any size specifications or configurations based on four models. the 236 foot ‘M2’ was designed with the potential to be an underwater restaurant and bar, or a conference center, depending on the client’s requirements. the 442 foot ‘M5’ and 524 foot ‘M6’ feature three viewing galleries, a portside dining area, a wine room, a library, a lounge with bar at the bow, plus a a starboard saloon. the apartment spans three floors and includes a private bow terrace, while guests have six VIP suites to choose from. they also feature an outdoor pool and hot tub (accessible from the surfaced mode), a helipad, plus a wet garage with room for two 36 foot mini submarines. 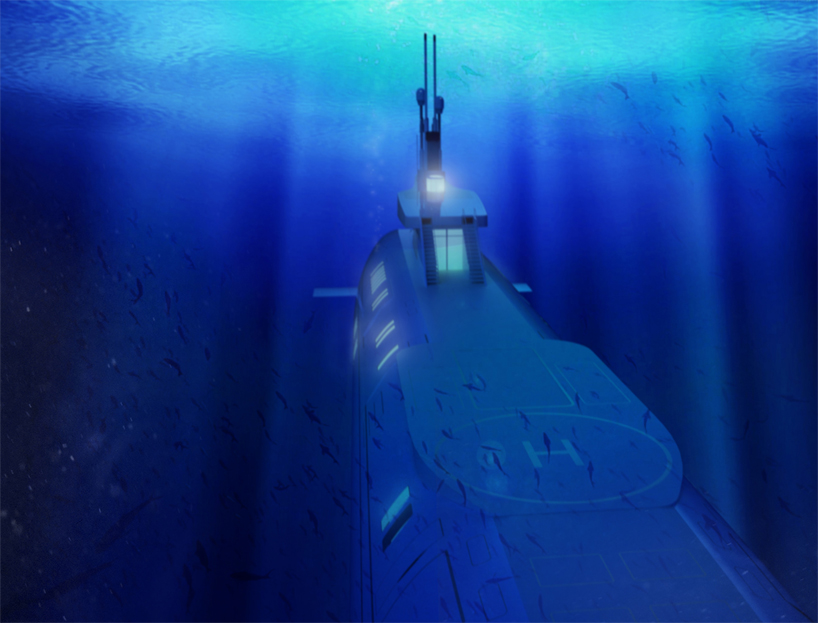 boasted by the austrian company as the world’s largest submersible yacht, the 738 foot ‘M7’ is influenced by the united states navy’s ‘zumwalt-class’ destroyer. it is capable of 40 knots on the water, and 20 knots beneath the surface and, as with the all of its models, submerging will keep passengers in an unprecedented depth of luxury that would have james bond feeling weak in the knees. 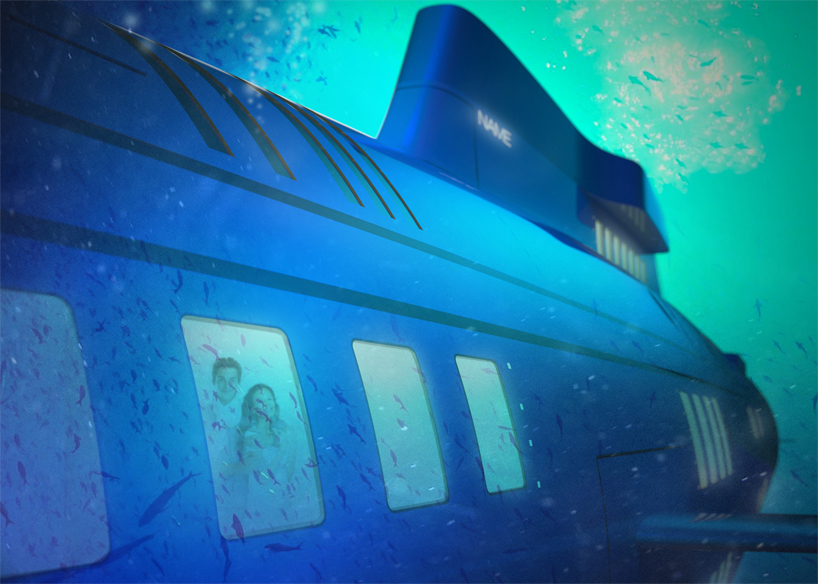 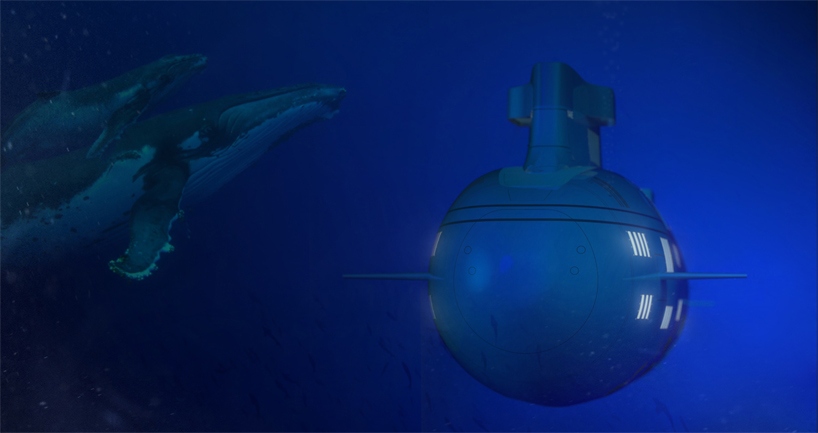 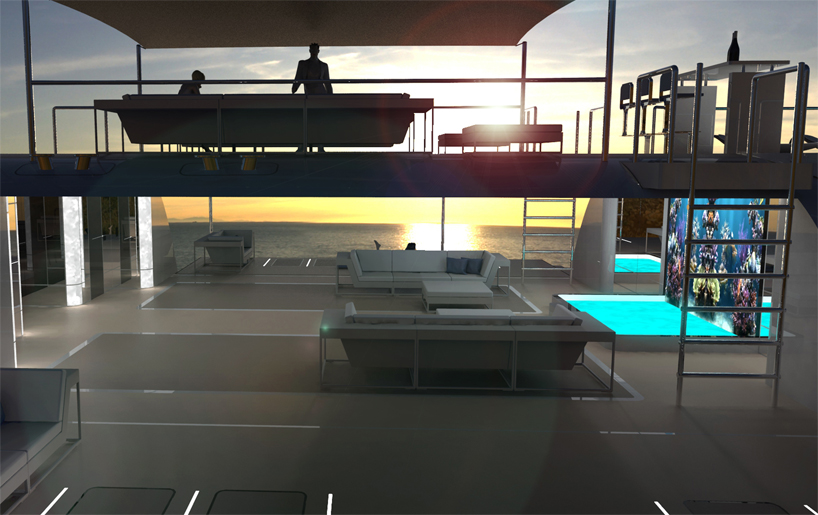