inspired from a bird of prey itself, the machine that combines the ‘skills of speed record, design object and ultra-intense driving experience,’ the milan red, was situated in front of one of vienna’s own 1000 year old divine monolithic – the st. stephens cathedral. the two works of art standing side-by-side, epitomize the brilliance of austrian engineering showcased with a casting sunrise and sunset backdrop, in the heart of vienna, a capital city that is a historic hub for culture, art, music and revolutionary creativity. 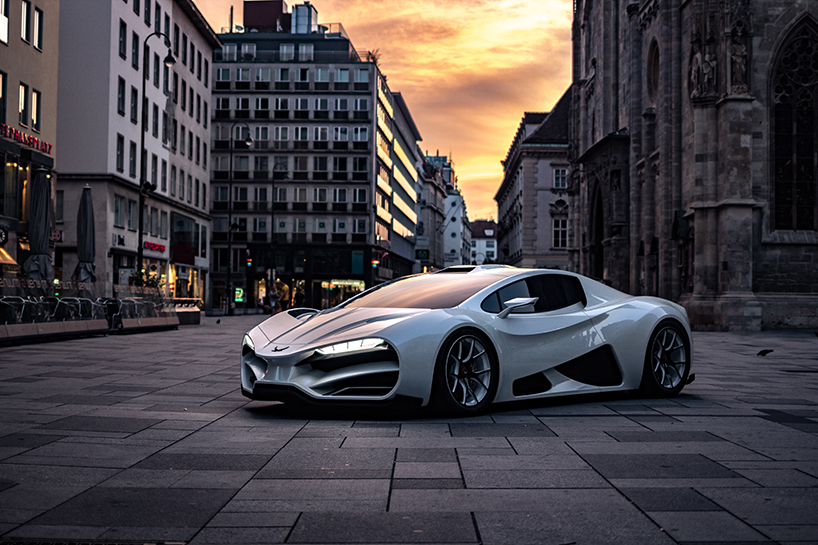 according to a report completed by statista, revenue for the sports car category which includes the likes of ferrari, bugatti, aston martin, porsche, maserati and etc, saw a 3.6% decline from a year-of-year period to us $13,430m in revenue generated this far in 2018. in an attempt to re-direct the ‘supercar’ market, in nov 2017lamborghini released a new design concept that set the tone as they attempt to forward the future of electric super sport cars. 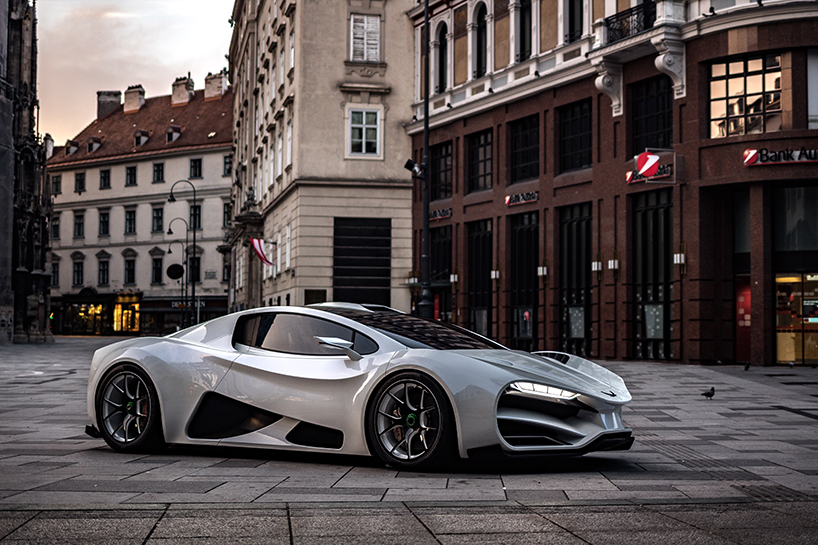 however, the arrival of the milan red by milan automotives provides evidence that the industry’s direction is still not entirely decided, making a strong argument to be a fierce competitor in the exotic car market.it is the newest supercar engineered in austria, available to a group of hand-picked owners with only 99 models set to be produced each being unique via customization options. 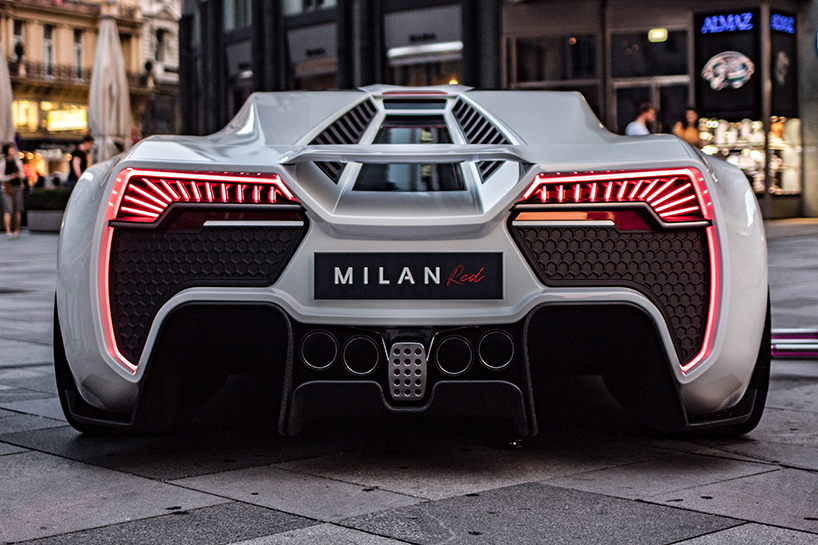 the milan red is the latest design to incorporate biomimicry, using a ‘bird of prey [as] the inspiration for milan’s distinctive logo and represents the incarnation of the hyper-car definition of gliding, hunting and attacking.‘ equipped with a v8 quad-turbo combustion engine with over 1320 hp, the milan red also has three selectable driving modes: glide, hunt, attack. 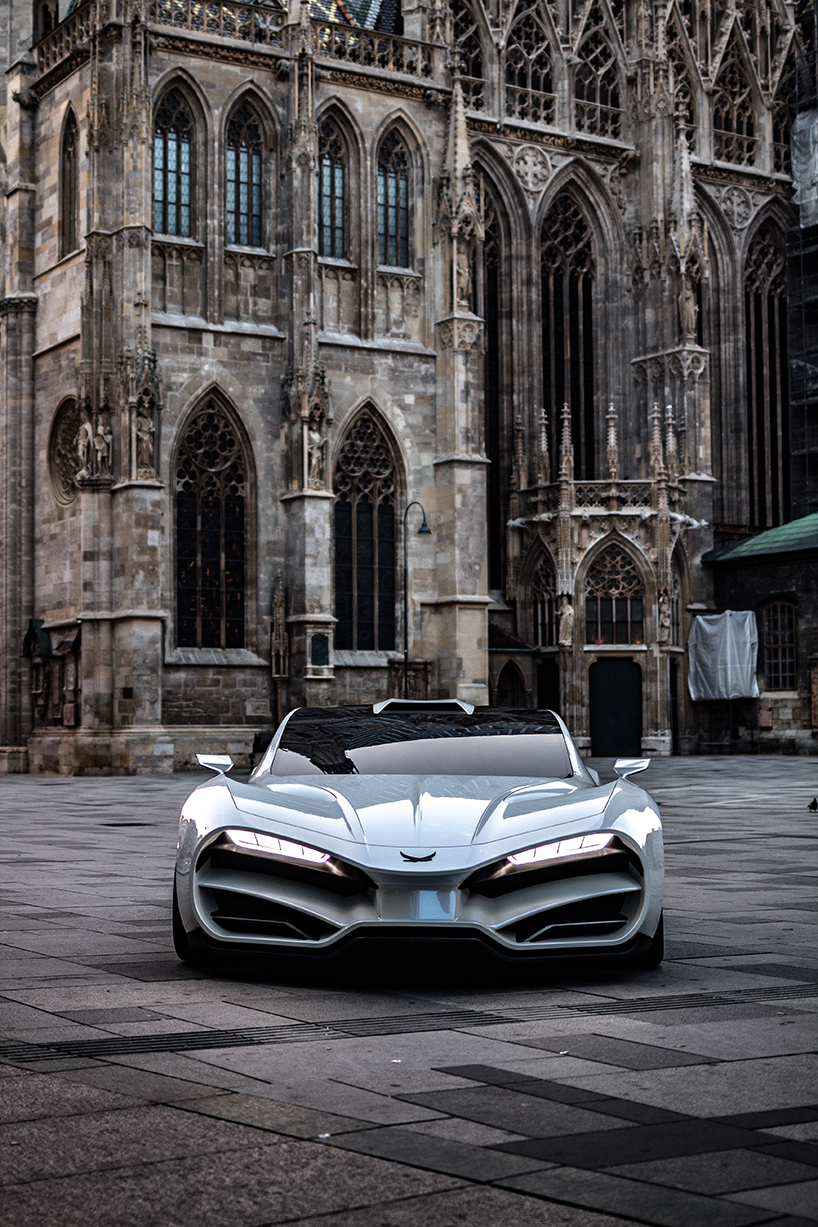 the supercar uses a technique similar to 3d-printing called selective laser melting (slm) which ‘enables the production of highly complex, bionic structures‘ – ‘tailored to the high demands of the milan red, exceeding today’s technical standards in lightweight design and providing an outstanding and unique product.‘ the milan red is built with formula 1 technology using carbon wishbones that provide optimal vehicle dynamics with a performance quality led by austrian formula 1 specialist, peak technology to establish a natural connection between driver and beast. 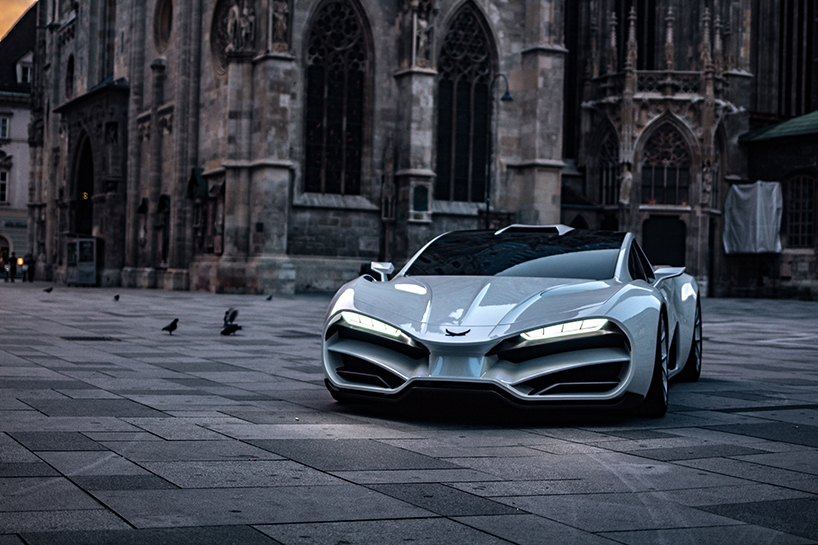 milan automotive will also establish a direct link between the owner and it’s technical support department which will maintain the supercar exclusively via a team of select company engineers. in the first five years of it’s lifetime the team will take care of service and maintenance to ‘ensure both flawless function and appropriate first-class support.‘ milan automotive’s flying doctor can send a ‘remote diagnosis request to the vehicle to check the current status.‘ 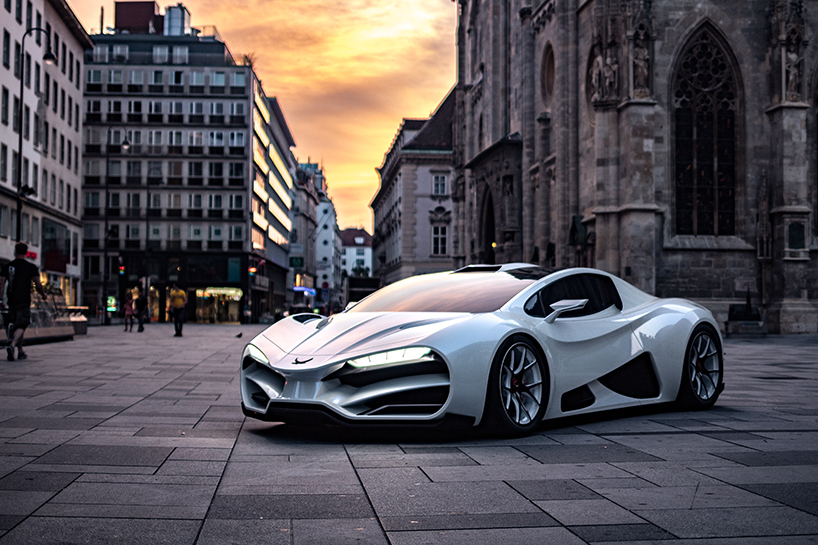 over the last 12-months, flashes of technology and changes in the global automotive community have left the direction of the industry largely undecided which may be concerning as according to a factsheet by autoalliance, it is responsible for 7.25 million jobs in the united states and over us $953 billion of the united states economy via a diverse range of mediums. for example, the arrival of high speed ai tech officially arrived when roborace became the first fully autonomous race car to complete the goodwood hillclimb, providing a new potential direction for manufacturers. 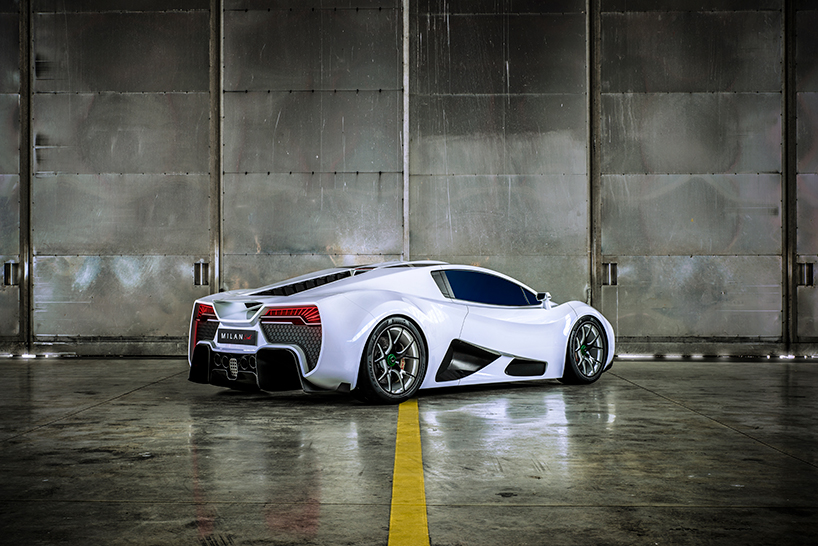 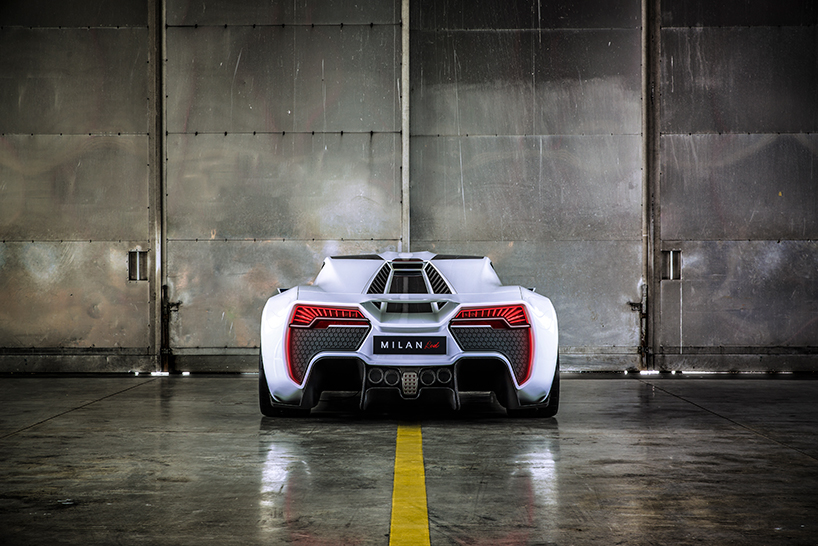 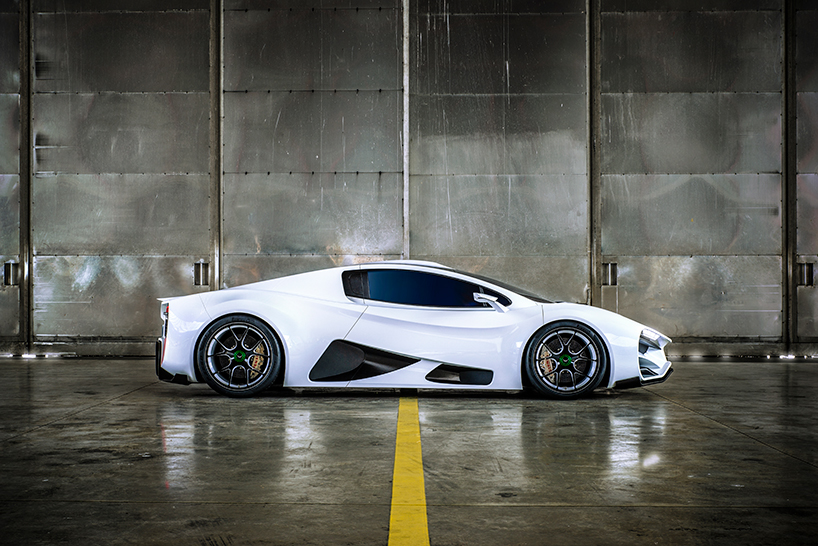 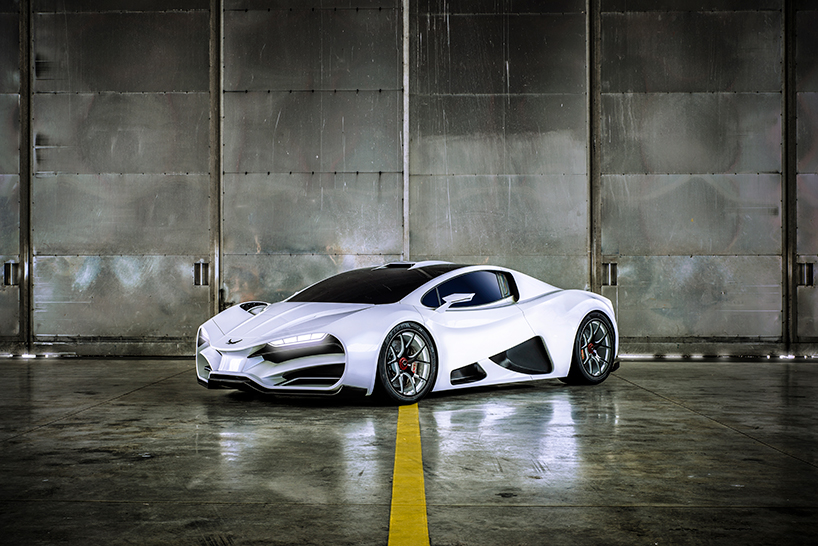 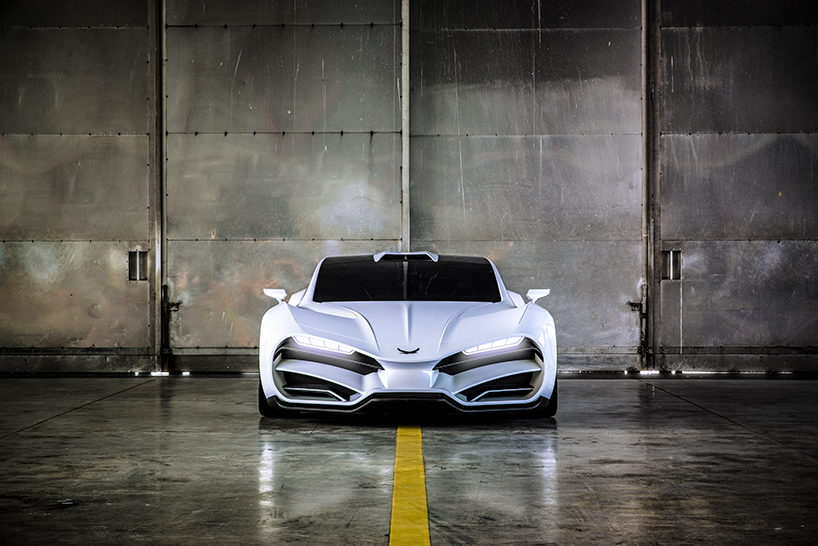