frustrated that the famed nixie clocks are no longer in mass-production and are becoming increasingly difficult to find, ukranian-based millclock has designed and manufactured a new version that they intend to serial produce. their adaptation not only resurrects the quirky fascination of the original but does so with a stronger, smarter, and even more beautiful body.

stimulated by the electrical neon clock? millclock’s modern interpretation is looking for funding via its kickstarter page, here. 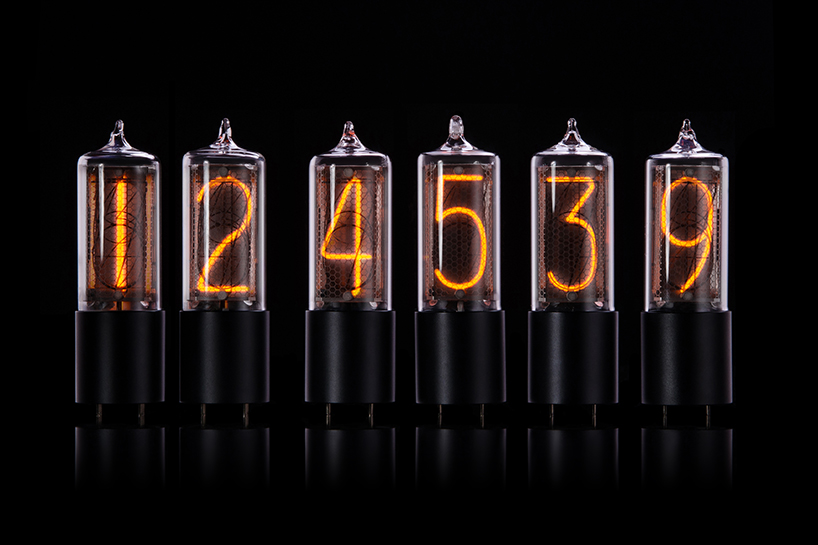 all images courtesy of millclock

unlike the dated versions, millclock’s nixie tubes are now elongated, neat, strong, and smart. their model’s name, ZIN18’, derives from the original’s Z and IN class lamps. they were able to blend the two classification by modernizing the base for Z class tubes before stretching small IN18 tubes and mounting them to the base. the strengthened results can be used in a variety of projects from commercial to residential interiors, and does not rely on using any parts from the near 50-year-old originals. 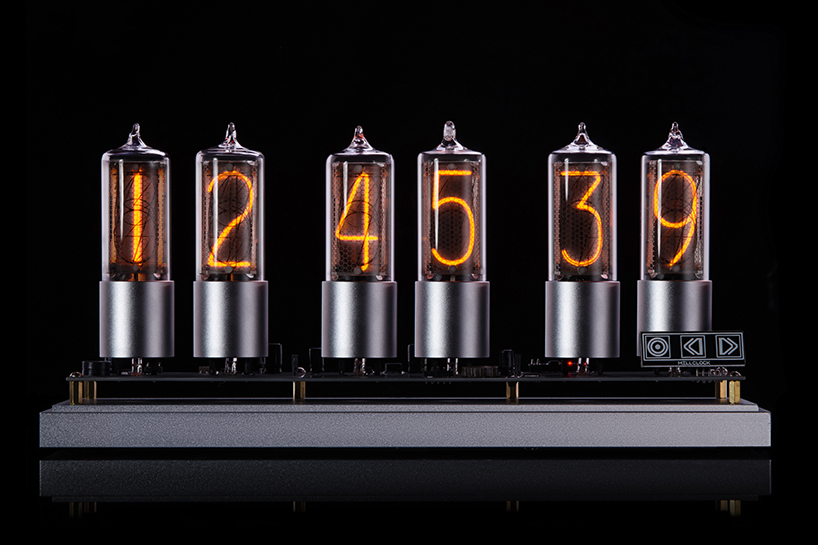 as you would expect with the clock, the nixie tubes are designed with a mix of scientific flare and intricate craftsmanship. like a piece of art, the process assembles 47 different components. these are housed within the glass tube, placed in an ‘oven’ at a temperature of up to 1,000 degrees celsius, before then being infused with a mixture of pure gasses. the designs are available in three varieties: polished aluminum, black anodized, and sand blasted aluminum. 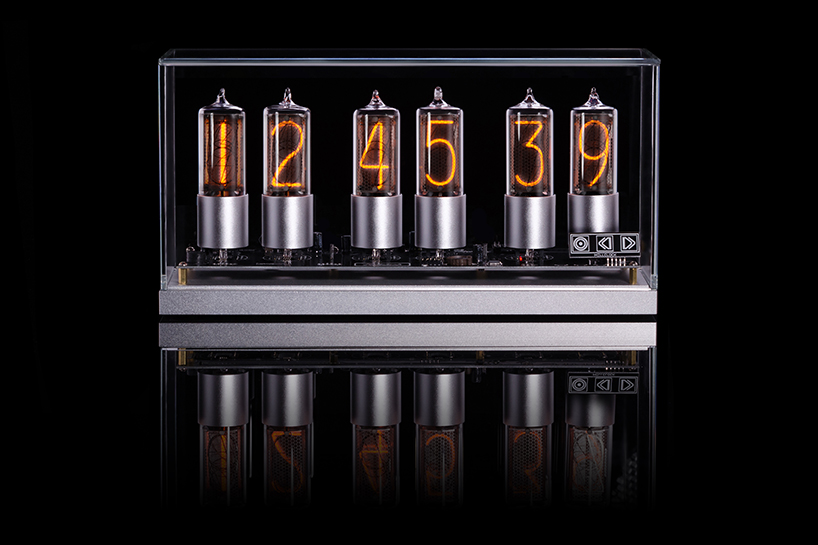 as well as being more beautiful and stronger than ever before, millclock’s design is also smarter and more efficient. each base consists of a circuit mini board that can be controlled via an app or its touchpad, and features under lighting too. the tubes can be purchased individually and adjusted from two to six in total, which means that the hours, minutes, and seconds can be displayed simultaneously. each one enhances low energy-consuming lamps to offer a service life of 20 years or equal to 200,000 hours.

find out more about the nixie tube and clock on kickstarter, here. 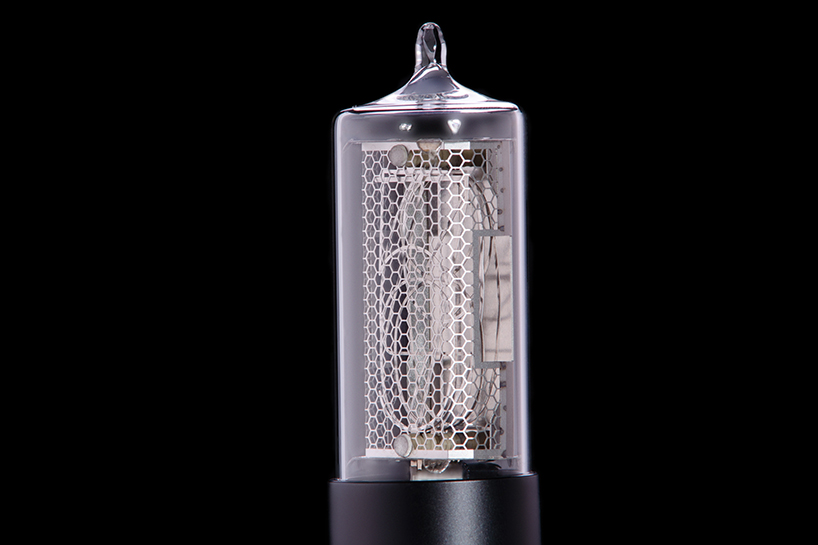 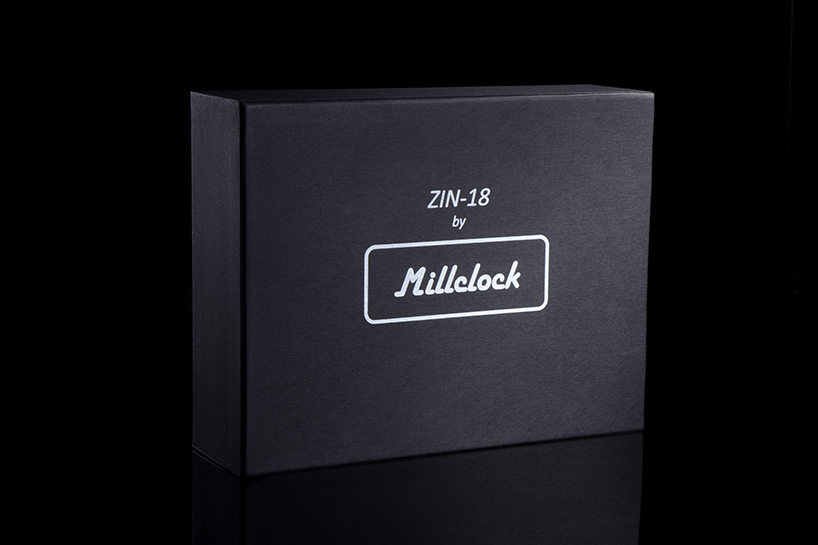 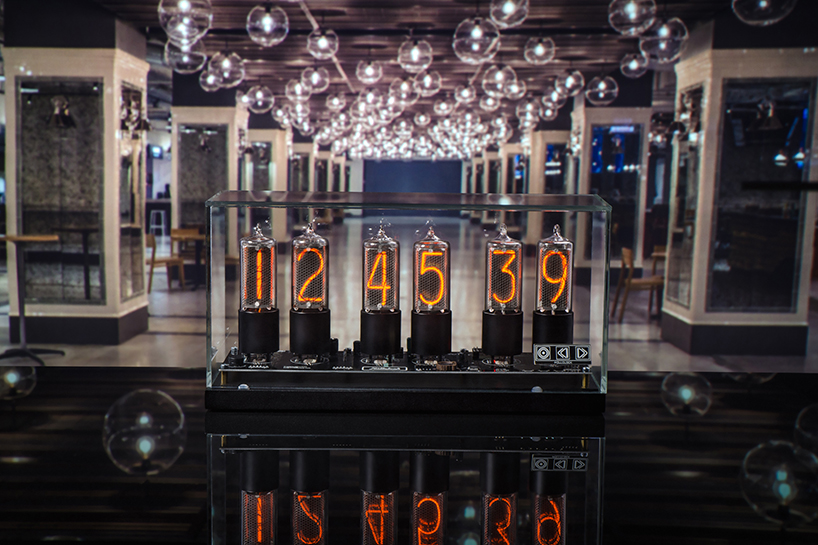 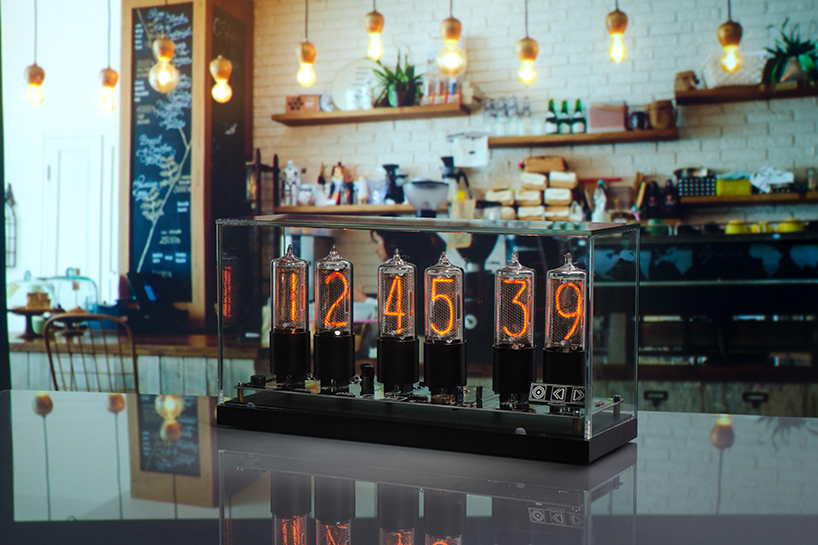