editor update (12.13/2017): the modern interpretation of the MINI logo will be visible on their production cars from march 2018. since the announcement in 2015, the momentous re-branding has also been used on official communications from the british brand, but this will soon change. models are set to have the minimalist mark on the bonnet and rear, at the center of the steering wheel, and on the remote control key.

with 2015 predicted to be the car company’s most successful year to date, MINI are building upon their ever-growing triumphs by presenting the all-new ‘clubman’. announced at a world exclusive launch in berlin, germany, the brand of BMW group, also outlined how the model introduces their next chapter, their most important step since their relaunch in 2001. this is highlighted by the stripped-back, two-dimensional logo, which is still recognizable of MINI. it is also reminiscent of its british heritage but signifies the company’s new focus on the essential. 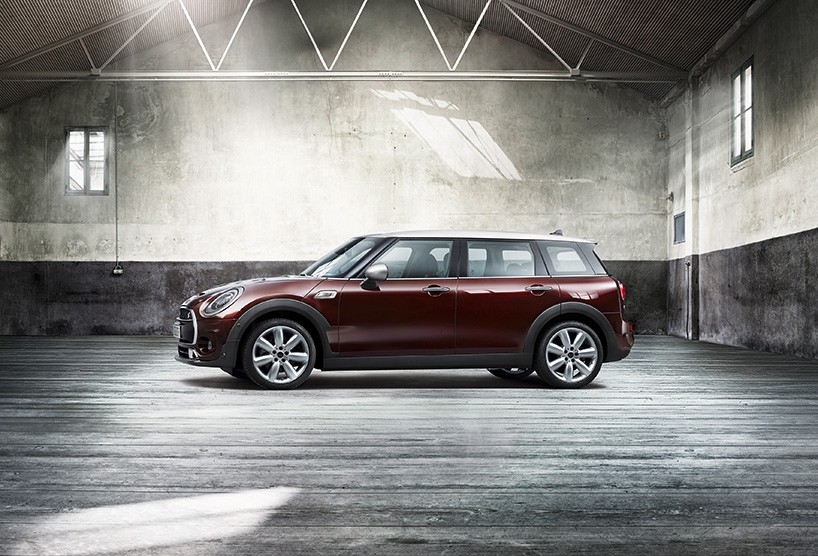 ‘the new MINI clubman is the symbol of our refined brand philosophy: we will be concentrating in the future on five core models with strong characters. at the same time, we are opening up to new ideas and new business areas and developing the brand’s visual identity. we are expanding our offering into the premium com-pact class, which will make new customers avid MINI fans. I firmly believe that this comprehensive realignment will enable us to continue the MINI brand’s unique success story.’ said peter schwarzenbauer, member of the board of management of BMW AG. 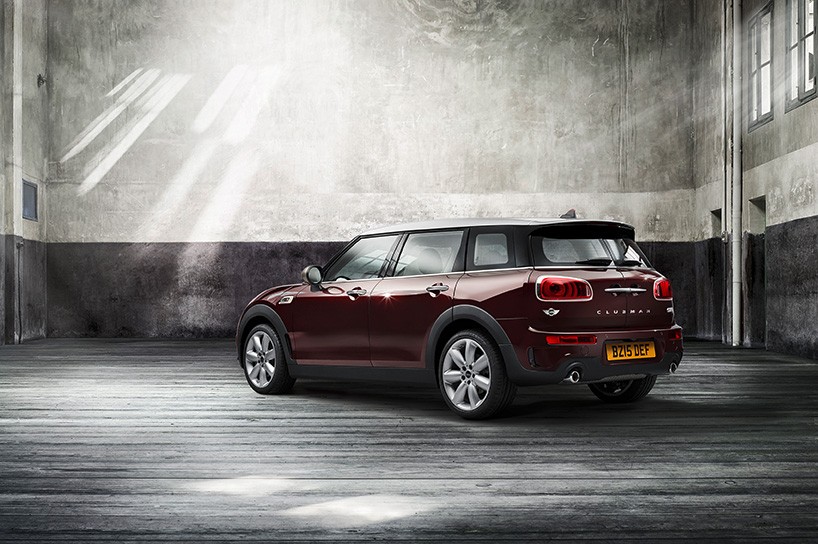 the ‘clubman’ or the ‘gentleman’ as it is known internally, is the first of five new models. this collection aims to realign the brand in order to push the bar higher and to continue their success. in comparison to berlin, a city which has had to reinvent itself over and over again, the car illustrates a new era, one which stands for modern ideas, as a strong influence, and for lots of passion. once again sourcing stimulus from the german capital, MINI are the first automotive company to offer a car sharing service. named ‘drivenow’, it reflects society’s shift towards a sharing economy as customers can share their MINI when it is not in use. 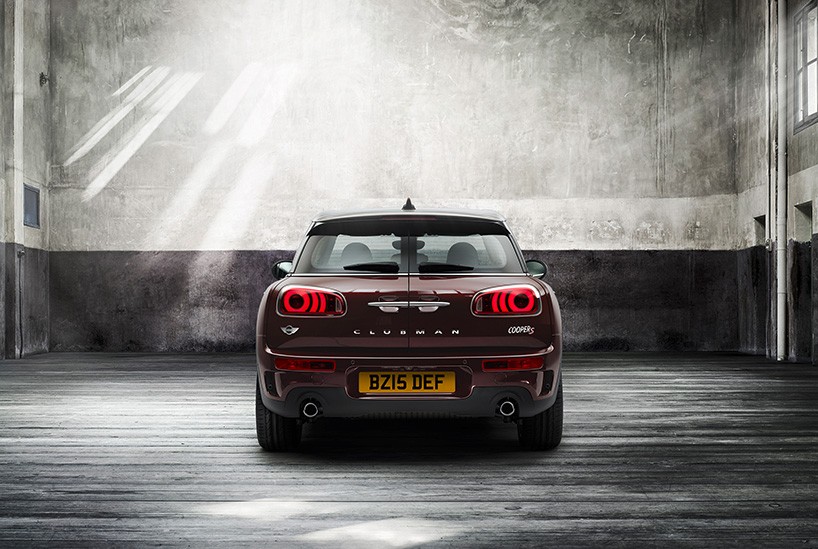 ‘society and the automotive industry are under-going radical change. MINI customers are among the most progressive, open-minded target groups. that is why we will be offering a car-sharing option for MINI starting in 2016.’ added peter schwarzenbauer. 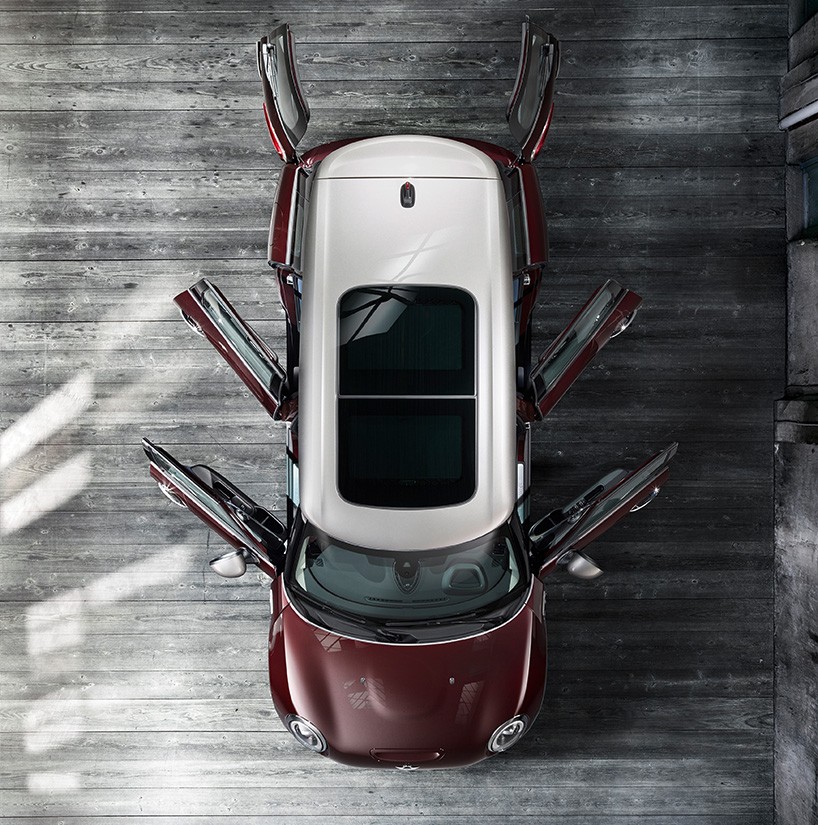 with MINI’s head of design anders warming, describing the latest ‘clubman’s’ exterior and interior styling, its more mature and elegant character is recognized immediately. supporting this, it represents an adapted steeped shooting brake with its powerful front inlets and wheel arches, long roof-line, and fin antenna. a highlight of the outside is the renown rear split-doors and its new horizontal tail-lights, which make the model looker wider. 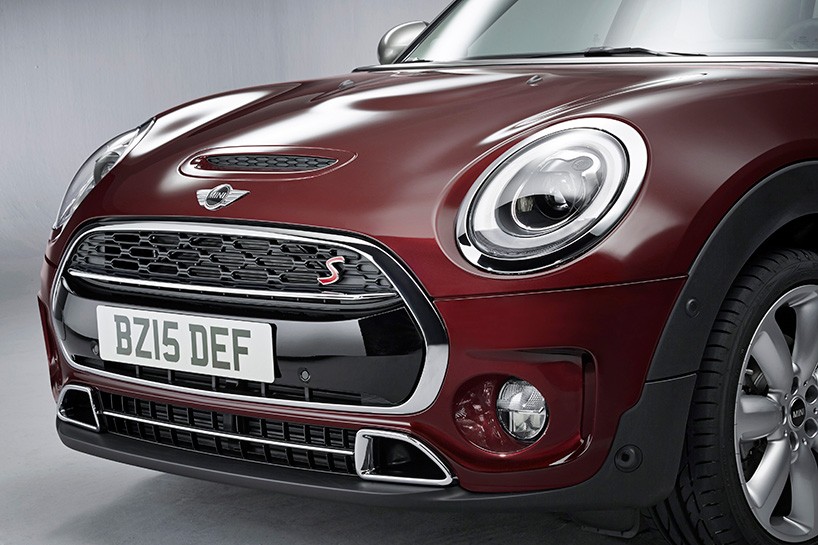 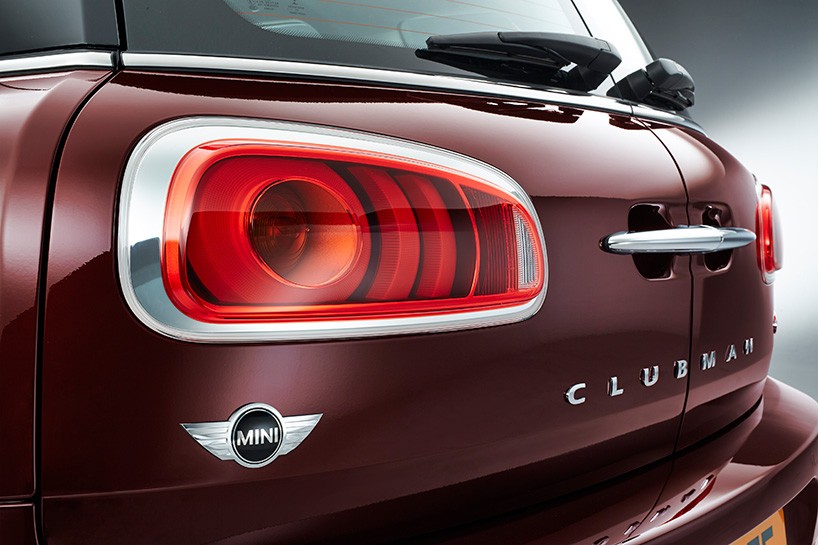 the rear tail-lights adds width to the car

in terms of space, the MINI ‘clubman’ has more generous dimensions, increasing its length by 27 cm and its width by nine cm. this is felt most in the interior, offering a maximum storage volume of 1,250 liters. continuing with the inside, its broad instrument panel is central, providing a cockpit surrounding for the driver to intuitively access new driver assistant technologies. furthermore, it displays comfort with premium materials and fine details, such as the chester sofa-like stitching for the seats. 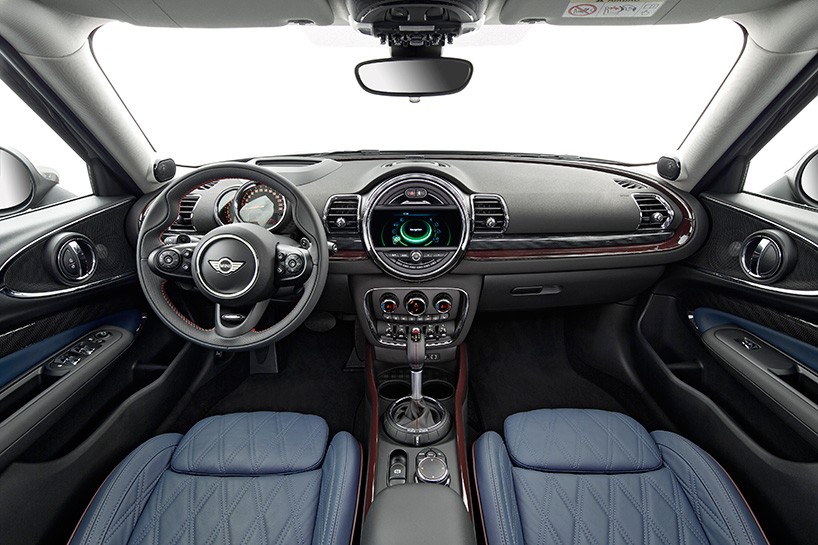 knowing that previous MINI’s have offered driving fun, premium charisma and individuality, the brand’s new chapter of reinterpretation, has promised not to lose these qualities. the ‘clubman’ meets the promise and adds some. it provides a unique and stylish combination of functionality, everyday practicality, and long-distance sustainability. as an automobile which will once again be defined as ‘cool’, the car-sharing ‘drivenow’ service just highlights this. its trendy, a part of urban life and forward-thinking, a character MINI have always symbolized. 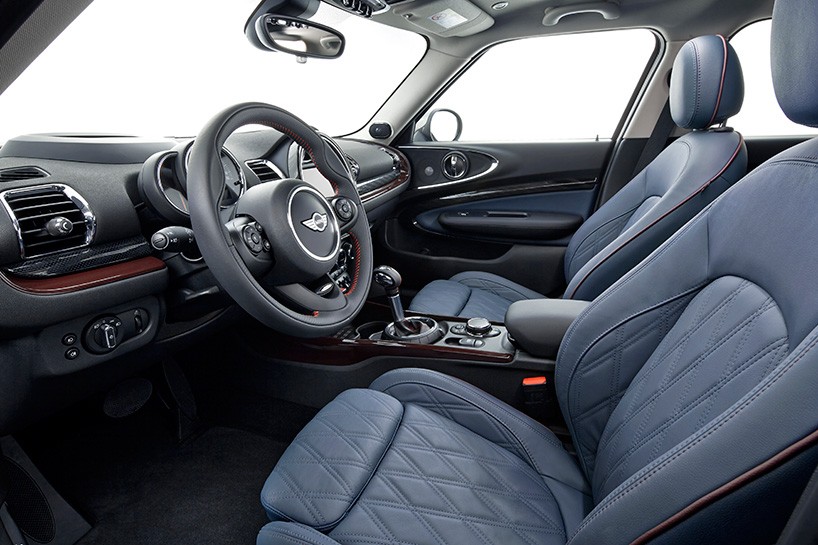 the comfortable interior is highlighted by the chester sofa-like stitching 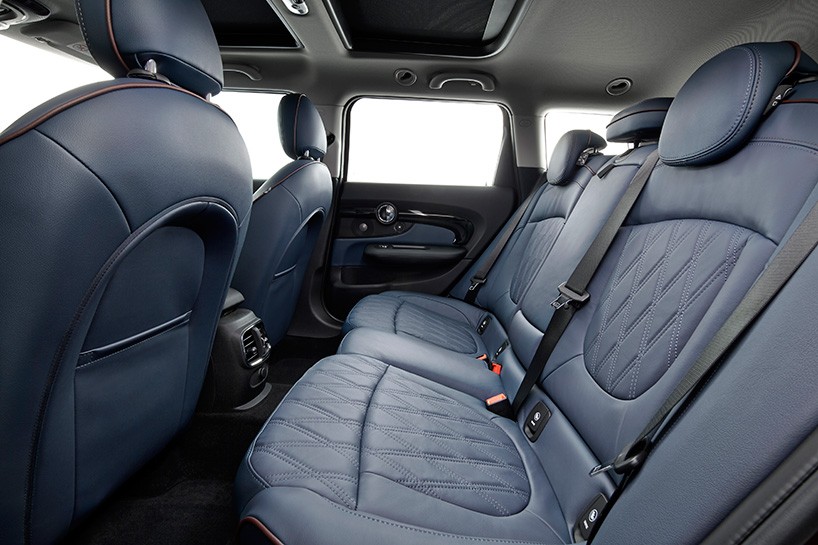 the side profile highlights its shooting brake form 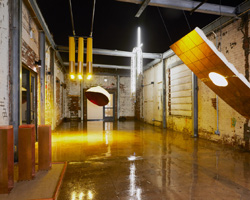 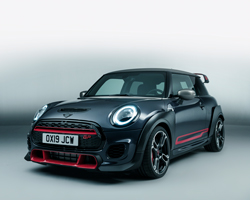