while cycling remains as a very popular pastime, it has also grown into a preferred mode of transportation among teenagers and young adults as it is less expensive and more environmentally friendly than driving a motor vehicle. according to the US department of transportation, the usage of bikes as a means of transportation is on the steady increase, however, as are the injuries and accidents involving cyclists. in 2013 alone, over 48 000 cyclists were injured in incidents which involved a motor vehicle. as a result of this new trend, hangzhou-based technology company miniwing believe that cyclists should outfit their bike with a camera to document any incidents. as a response, miniwing has developed the new ‘camile’ sports camera especially designed for bikes so riders are now able to capture the beauty of their ride or document an unforeseeable incident. footage can be immediately downloaded, viewed or streamed with any mobile device.

‘camile’ secures easily onto any bike handlebars to capture images or record in HD 1080p/30fps or 720p/60fps video through a 149-degree wide-angle lens to help record every wonderful moment or document safety concerns during a ride. users can choose between two separate modes that can be set by the push of a single button: video mode or burst shooting mode, which can be set in intervals between 3 and 60 seconds. once turned on, an LED screen can display the speed of travel, local time, the mileage of a trip, notify of an incoming call, or allow the rider to reject a phone call. three indicator lights also indicate battery life, video recording and if it is connected via wifi or bluetooth to a smartphone.

the smart camera captures images or HD video from the handlebars

available in five colors, the smart cycling camera’s GPS technology features 6-axis motion and altimeter sensors to quickly and accurately capture cyclists’ rides in a three-dimensional orientation. once the footage has been shot, an application is available to sync all of the footage via wifi or it can be downloaded to a computer with a USB cable. included with the camera is a base holder that can attach to any bike, and a built-in rechargeable 1200mah lithium battery, which supports 3 hours video recording, up to 16 hours of still photos and speedometer operation on a single charge. 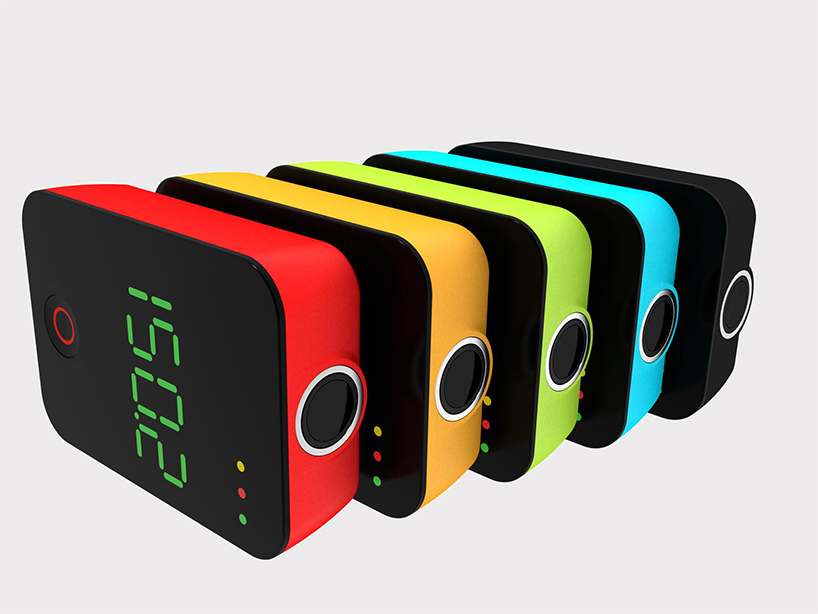 available in four vibrant colors or a minimalist black 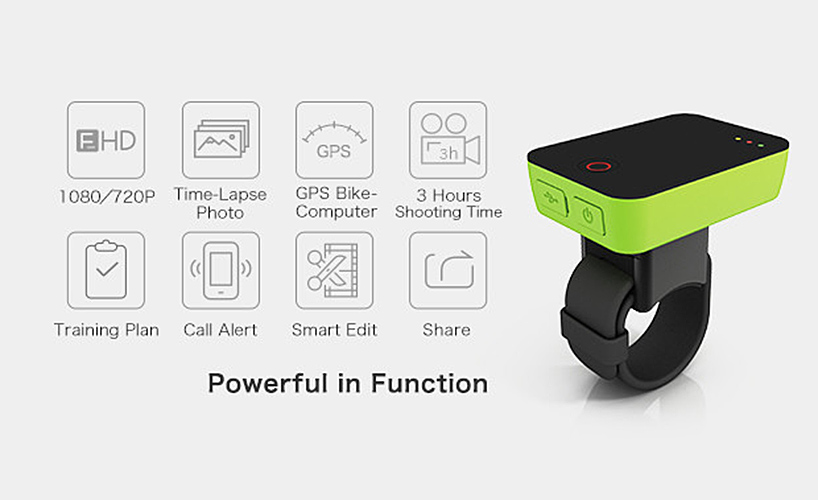 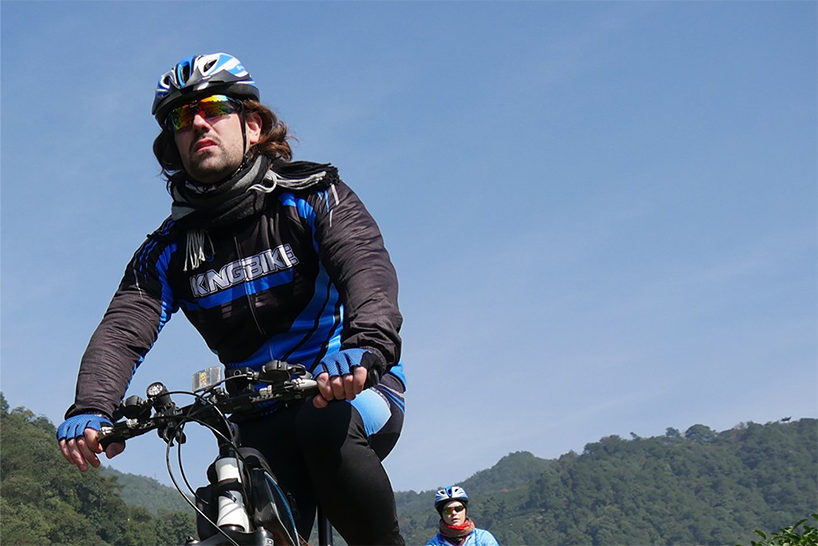