scientists at the MIT technology lab have been working together with university of california, berkeley to create a solar-powered water harvesting cube, that can harvest water from in conditions as low as 20 percent humidity. to put this into context, the humidity level in the sahara desert is on average aroung 25 per cent, meaning the technology could be used to pull water from the air in some of the poorest areas of the globe that have little to no available drinking water. 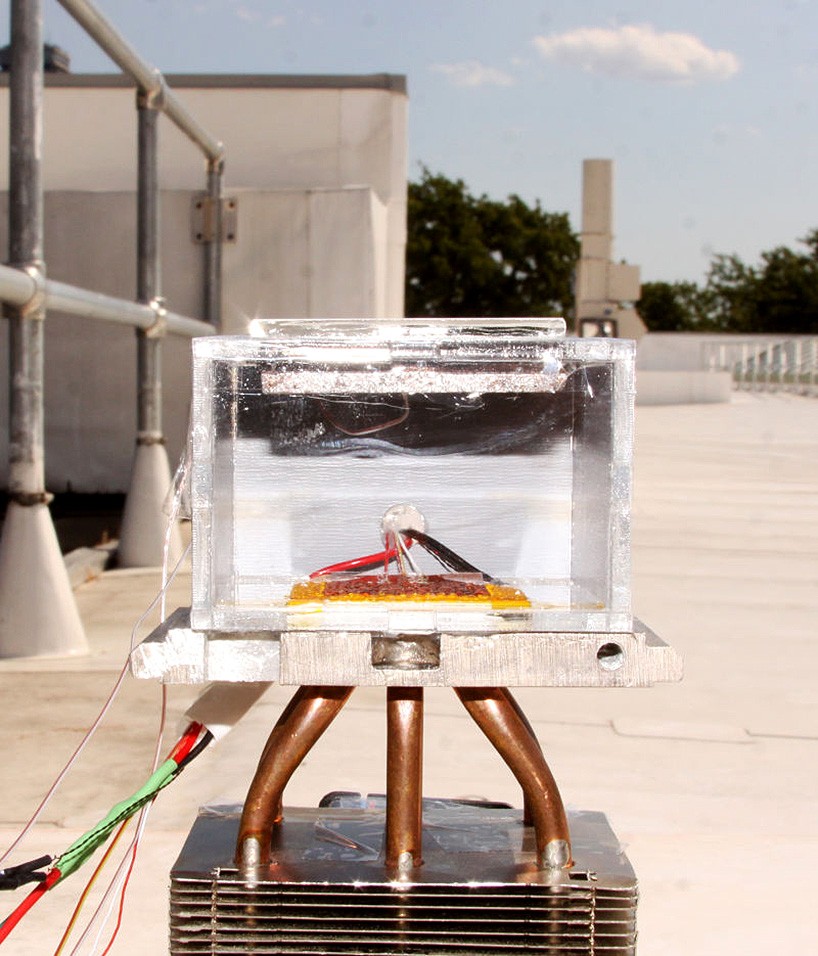 the cube houses an extremely porous material that can pull a large amount of water into its many tiny holes. the research—originially published in ‘science’ journal—states that just 1 KG of the material can capture several liters of water each day. in practice, in conditions roughly equal to the humidity level in the sahara, the prototype device was able to pull pull 2.8 liters of water from the air over a 12 hour period. the wonder material, which could be used to help over 4 billion people globally who suffer from water shortage,  has been developed by omar yaghi’s laboratory at the university of california, berkeley, and used to construct a water collecting device at MIT. classed as a ‘metal-organic framework’ the material has an extremely large surface area and pores that can be customized to capture particular types of molecules—in this case, h2O molecules. 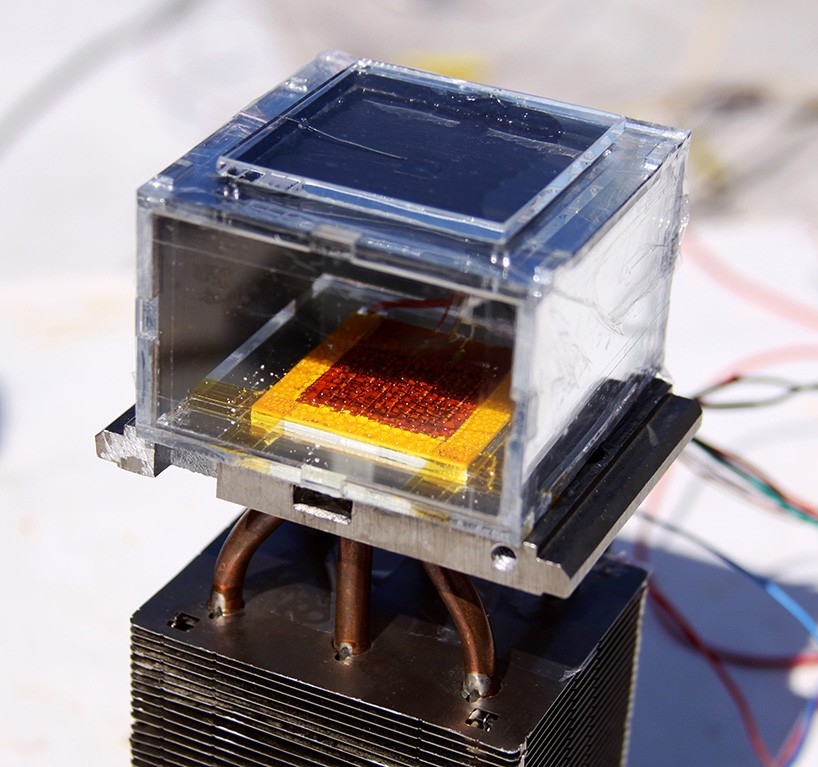 so where does the sunlight come in? the heat from the sun converts the captured water molecules into vapor, allowing them to rise out of the materials pores and into the device—a clear acrylic enclosure. the cube cleverly houses a condenser at the bottom of the vessel, directing them into a chamber below in which the drinking water can be stored. 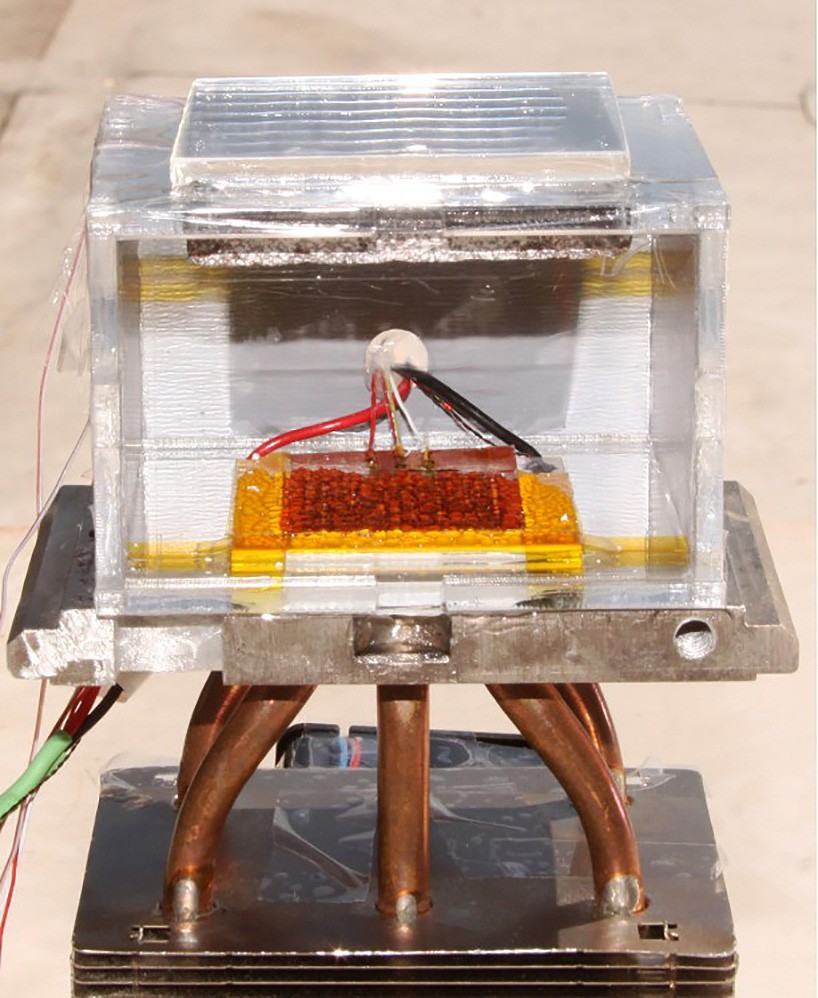 although similar technology has been around for a while, with porous ‘fog nets’ able to capture droplets from moist air, this discovery is the most implementable yet, since it can be used in such low-humidity conditions. ‘this is a major breakthrough in the long-standing challenge of harvesting water from the air at low humidity,’ explains omar yaghi, one of thetwo senior authors of the paper in which the research was published. ‘there is no other way to do that right now, except by using extra energy. as for the future of the design, yaghi elaborates that ‘to have water running all the time, you could design a system that absorbs the humidity during the night and evolves it during the day. or design the solar collector to allow for this at a much faster rate, where more air is pushed in. we wanted to demonstrate that if you are cut off somewhere in the desert, you could survive because of this device. a person needs about a coke can of water per day. that is something one could collect in less than an hour with this system.’