new improvements to MIT‘s self-assembly lab ’s cheetah 3 robot makes it more effective when exploring disaster zones and other dangerous inaccessible environments. the robot can now leap and gallop across rough terrain, climb a staircase littered with debris, and quickly recover its balance when suddenly yanked or shoved, all without relying on cameras. 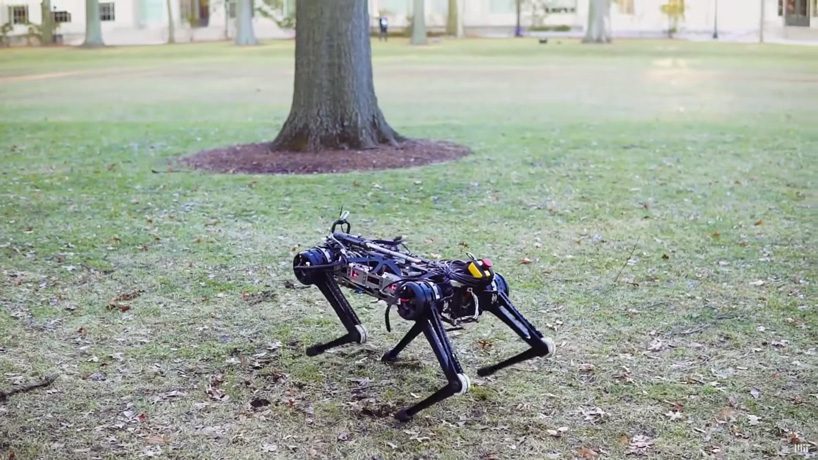 the robot’s blind locomotion was also partly due to the model-predictive control algorithm, which predicts how much force a given leg should apply once it has committed to a step

the blind cheetah 3 is essentially a 90-pound mechanical search and rescue robot which works by nimbly ‘feeling’ its way through its surroundings in a way that engineers describe as ‘blind locomotion’. in order for it to do so, MIT has developed two new algorithms: a contact detection algorithm, and a model-predictive control algorithm. 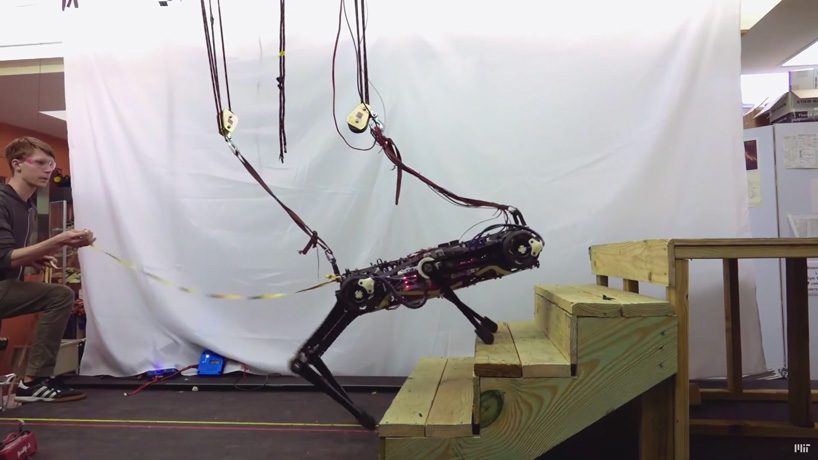 the model-predictive control algorithm calculates the multiplicative positions of the robot’s body and legs a half-second into the future, if a certain force is applied by any given leg as it makes contact with the ground. the algorithm is designed to make these calculations for each leg every 50 milliseconds, or 20 times per second. 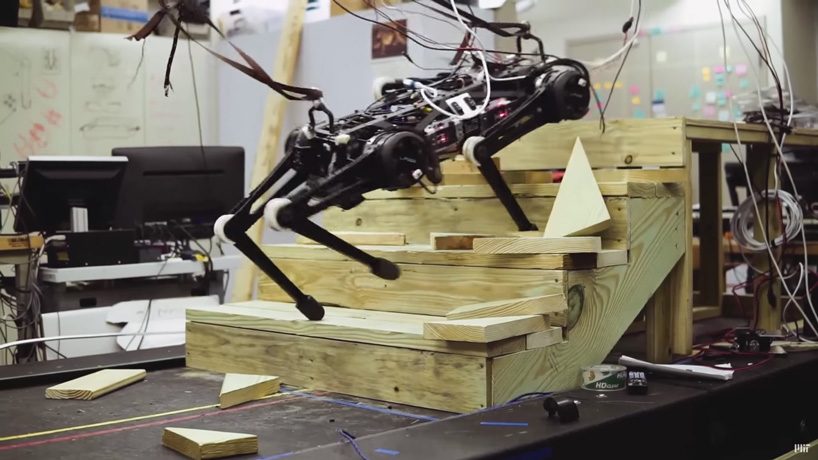 ‘say someone kicks the robot sideways,’ states sangbae kim, associate professor of mechanical engineering at MIT. ‘when the foot is already on the ground, the algorithm decides, ‘how should I specify the forces on the foot? because I have an undesirable velocity on the left, so I want to apply a force in the opposite direction to kill that velocity. if I apply 100 newtons in this opposite direction, what will happen a half second later?’ 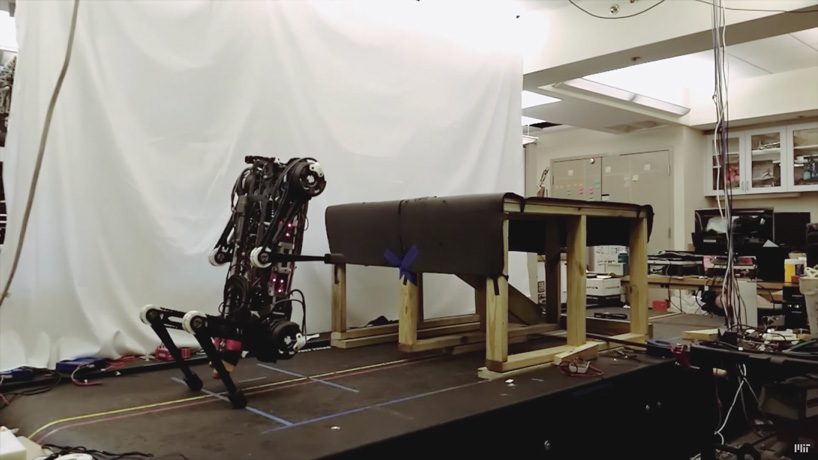 researchers will present the robot’s vision-free capabilities in october at the international conference on intelligent robots, in madrid. in addition to blind locomotion, the team will demonstrate the robot’s improved hardware, including an expanded range of motion compared to its predecessor cheetah 2, that allows the robot to stretch backwards and forwards, and twist from side to side, much like a cat limbering up to pounce.