THE FINDINGS COULD INFORM THE DESIGN OF NEW MATERIALS

MIT engineers have captured butterfly scales forming during metamorphosis. the findings could inform the design of new materials, including that of iridescent windows or waterproof textiles.

‘if you brush against the wings of a butterfly, you will likely come away with a fine sprinkling of powder,’ said jennifer chu on the MIT news site. ‘this lepidopteran dust is made up of tiny microscopic scales, hundreds of thousands of which paper a butterfly’s wings like shingles on a wafer-thin roof. the structure and arrangement of these scales give a butterfly its color and shimmer, and help shield the insect from the elements.’ 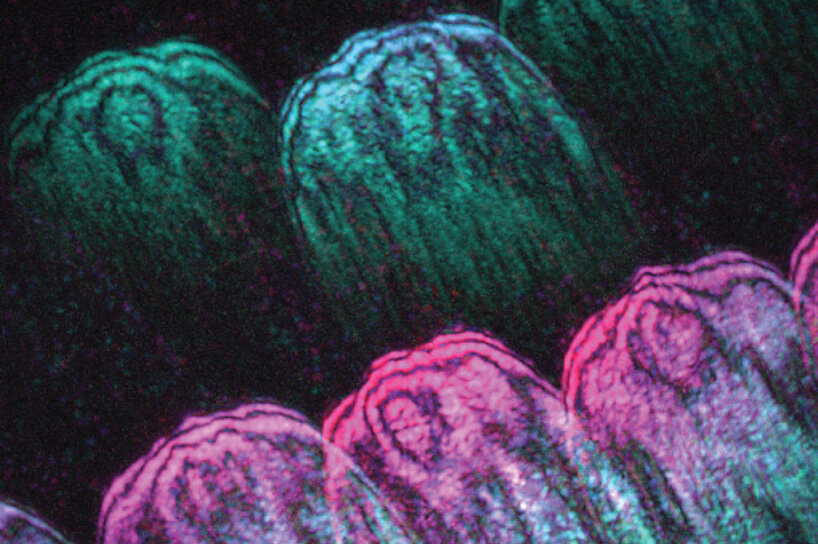 THE STRUCTURAL ARCHITECTURE RESULTS IN COLOR AND OTHER PROPERTIES

for this research, the team of MIT engineers observed the scales growing and assembling as a developing butterfly transforms inside its chrysalis. the specimens was a vanessa cardui, also known as the painted lady butterfly. the results showed that as the wing forms, cells on its surface line up in orderly rows as they grow. the cells become cover or ground scales, creating an overlapping single-like pattern. once they are completely developed, the scales boast ridges that control the color and help the insect shed rain and moisture.

‘butterfly wings control many of their attributes by precisely forming the structural architecture of their wing scales,’ said lead author anthony mcdougal, a research assistant in MIT’s department of mechanical engineering. ‘this strategy might be used, for example, to give both color and self-cleaning properties to automobiles and buildings. now we can learn from butterflies’ structural control of these complex, micro-nanostructured materials.’

the novelty of the study comes after the researchers filmed the whole process, instead of taking still images like it had been done before. in the past, researchers have tried to replicate the optical and structural properties of butterfly wings to create new solar cells and optical sensors, as well as rain-and-heat-resistant surfaces, and even paper currency with iridescent encryptions. by analyzing the entire wing-growing process, they will be able to further develop this technology. 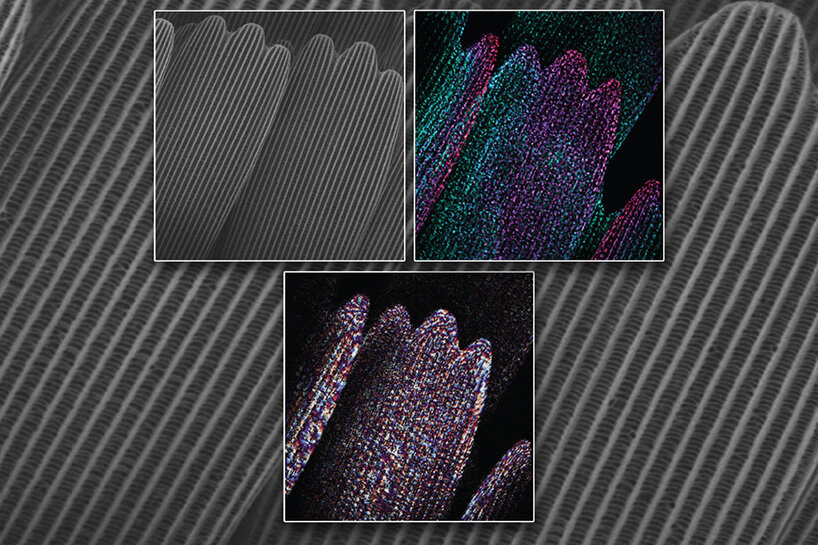 made with speckle-correlation reflection phase microscopy, the visualizations highlighted the formation of highly detailed features, from micrometer-sized scales to even finer, nanometer-high ridges on individual scales. it was made evident that the cells first line up in rows and then start to differentiate from each other as some turn into cover scales while others become ground scales. as they reach their final size, each scale grew long, thin ridges resembling tiny corrugated roofing.

name: peeking into a chrysalis