a team at MIT has engineered a new composite material made from cellulose nanocrystals that could pave the way for sustainable plastics.

described as ‘nature’s most abundant polymer’, cellulose is an important structural component of plants, algae, fungi, bacteria, and even some sea animals. cellulose nanocrystals—or CNCs—are chains of organic polymers arranged in nearly perfect crystal patterns that can be extracted from cellulose fibers by acid hydrolysis.

in this research, the MIT team has harnessed the exceptional strength of these nanocrystals to create a plant-derived composite that is stronger and tougher than some types of bone and harder than typical aluminum alloys. the organic crystals take up about 60 to 90% of the material—the highest fraction of CNCs achieved in a composite to date. the rest of the composite is made up of a synthetic polymer. 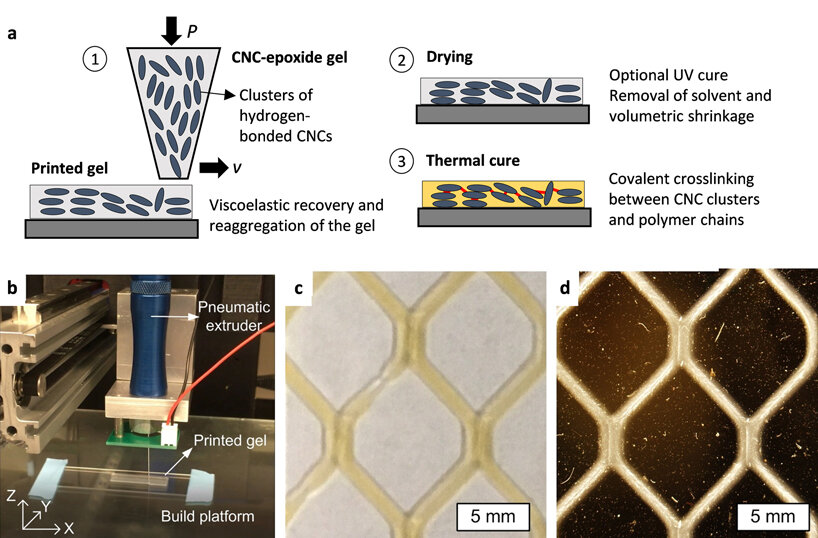 the research was led by a. john hart, professor of mechanical engineering. hart and his colleagues perfected the ratio of CNCs and synthetic polymer that would turn the solution into a gel, with a consistency that could either be fed through the nozzle of a 3D printer or poured into a mold to be cast. they used an ultrasonic probe to break up any clumps of cellulose in the gel, making it more likely for the dispersed cellulose to form strong bonds with polymer molecules.

the team then 3D printed and cast the gel into penny-sized pieces of film that they used to test the material’s strength and hardness. once dried, the material shrank, leaving behind a solid composite composed mainly of cellulose nanocrystals. 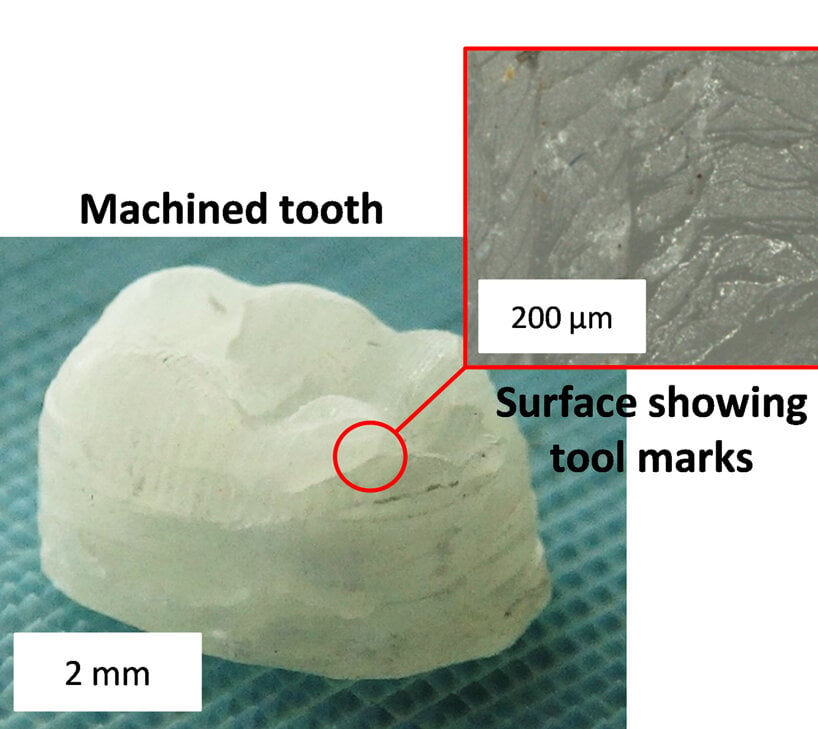 they also machined the composite into the shape of a tooth to show that the material might one day be used to make cellulose-based dental implants—and other plastic products—that are stronger, tougher, and more sustainable.

‘by creating composites with CNCs at high loading, we can give polymer-based materials mechanical properties they never had before,’ says hart. ‘if we can replace some petroleum-based plastic with naturally-derived cellulose, that’s arguably better for the planet as well.’ 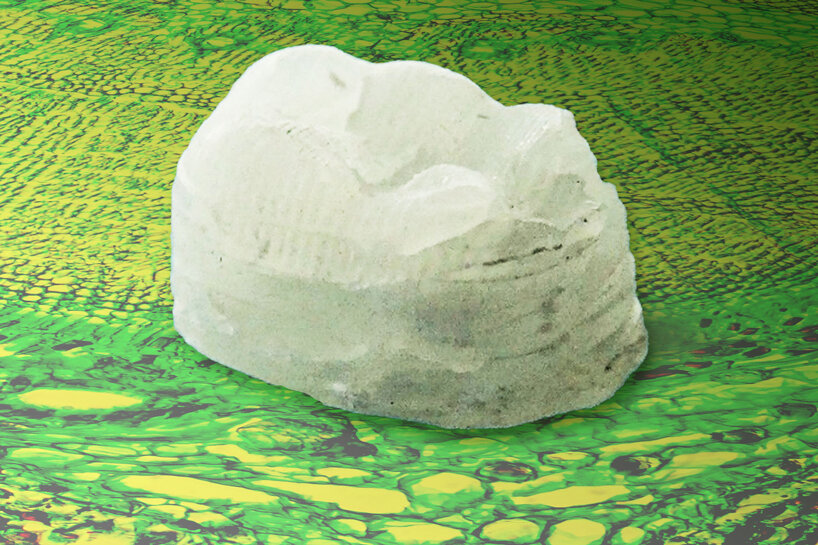 image courtesy of the researchers, edited by MIT news

to allow bigger applications, the team is looking into how to minimize the shrinkage of gels as they dry, because shrinkage on larger objects could cause buckling or cracking as the composite dries.

‘if you could avoid shrinkage, you could keep scaling up, maybe to the meter scale,‘ says rao. ‘then, if we were to dream big, we could replace a significant fraction of plastics with cellulose composites.’

the research was published by hart and his team, including abhinav rao PHD ’18, thibaut divoux, and crystal owens SM ’17, in the journal cellulose.

see also: MIT engineers create new material that is stronger than steel and light as plastic