MIT scientists – comprising Suhan Kim, Yi-Hsuan Hsiao, YuFan Chen, Jie Mao, and YuFeng Chen – have developed robotic fireflies that can help search-and-rescue missions through their flashing lights and motion-tracking feature. The MIT team took their design cues from nature and fascination for the glimmering bugs, and built electroluminescent, soft-artificial muscles for flying, insect-scale robots such as these lightning bugs. The muscles the scientists added on the robotic bugs’ wings emit colored light during flight, and this electroluminescence also allows robots to communicate with each other.

The team believes that if these lightning bugs were sent on a search-and-rescue mission into a collapsed building, a robot that finds survivors could use lights to signal others and call for help. The flying robots weigh barely more than a paperclip, which at first was seen as a concern since that meant they could not carry sensors. Researchers then must track them using bulky infrared cameras that do not work well outdoors. Now, they have shown that they can track the robots precisely using the light they emit and just three smartphone cameras.

For their wings, the scientists previously devised a fabrication technique to build artificial muscles that flap the wings of the robots, which are made of elastomer, such as rubber, and carbon nanotube electrode in a stack. They rolled it into a squishy cylinder to complete the process. When a voltage is applied to that cylinder, the electrodes squeeze the elastomer, and the mechanical strain flaps the wing. As for the glowing effect, the team incorporated electroluminescent zinc sulfate particles into the elastomer but not without challenges hindering their progress. 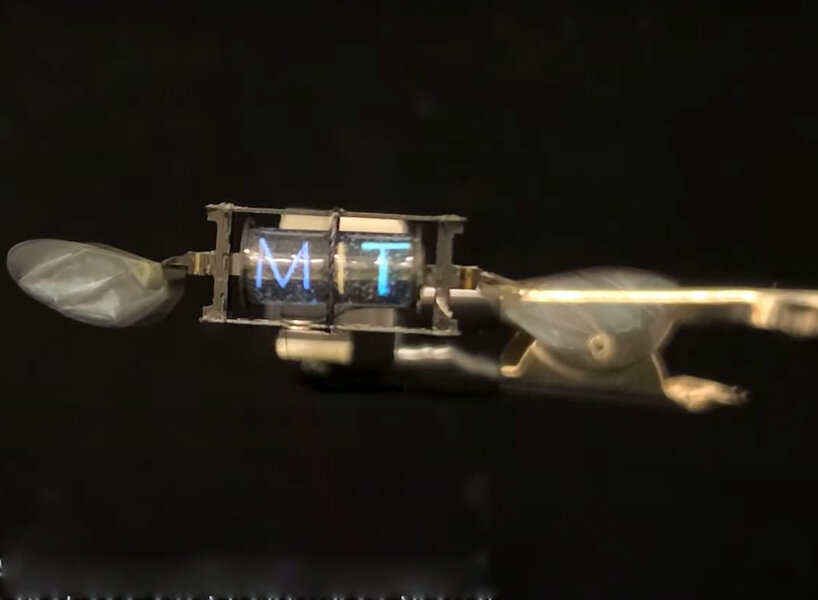 To begin, the researchers needed to construct an electrode that would not obstruct light, which they did by utilizing ultra-transparent carbon nanotubes, which are only a few nanometers thick and allow light to pass through. However, the zinc particles only light up when subjected to a very powerful and high-frequency electric field. This electric field stimulates the electrons in the zinc particles, which then emit photons, the subatomic particles of light.

The researchers use high voltage to create a strong electric field in the soft actuator, and then drive the robot at a high frequency to enable the particles to light up brightly. By tradition, electroluminescent materials are energy-expensive, but the scientists managed to acquire that electroluminescence for free since they simply employ the electric field at the frequency they require for flying. They did not need any additional actuation, wiring, or anything else, and it just takes around 3% more energy to shine out the light.

They discovered that adding zinc particles to the actuator lowered its quality, leading it to break down more easily. To compensate for any drop in output power, the scientists incorporated zinc particles solely into the top elastomer layer and made that layer a few micrometers thicker. While this added 2.5 percent to the weight of the actuator, it emitted light without impairing flight performance. 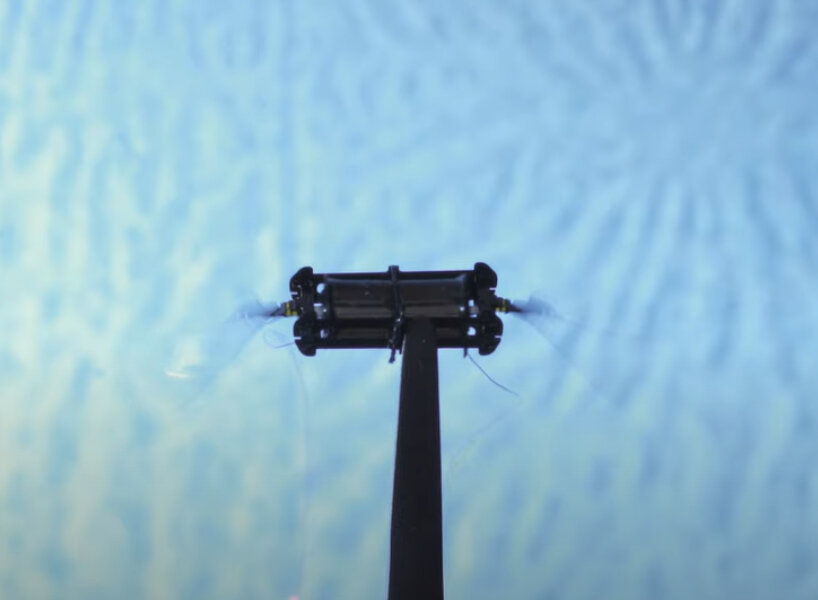 The light hue can be changed by adjusting the chemical composition of the zinc particles. The researchers made green, orange, and blue particles for the actuators they built; each actuator shines one solid color. They also changed the manufacturing process so that the actuators could emit multicolored and patterned light. The researchers applied a small mask to the top layer, then added zinc particles before curing the actuator. They did it three times with different masks and colored particles to create a light pattern that spelled M-I-T. They then conducted flight testing with a specially constructed motion-tracking system.

Each electroluminescent actuator functioned as an active marker that could be tracked using the iPhone’s cameras. The cameras identify each hue of light, and a computer program they created records the robots’ position and attitude within 2 millimeters of state-of-the-art infrared motion capture systems. The team is proud of how good the tracking result is compared to the state-of-the-art. They were using cheap hardware, compared to the tens of thousands of dollars these large motion-tracking systems usually cost and the tracking results were very comparable.

In the future, they plan to enhance that motion tracking system so it can track robots in real-time. The team is working to incorporate control signals so the robots could turn their light on and off during flight and communicate more like real fireflies. The MIT team is also studying how electroluminescence could even improve some properties of these soft artificial muscles. 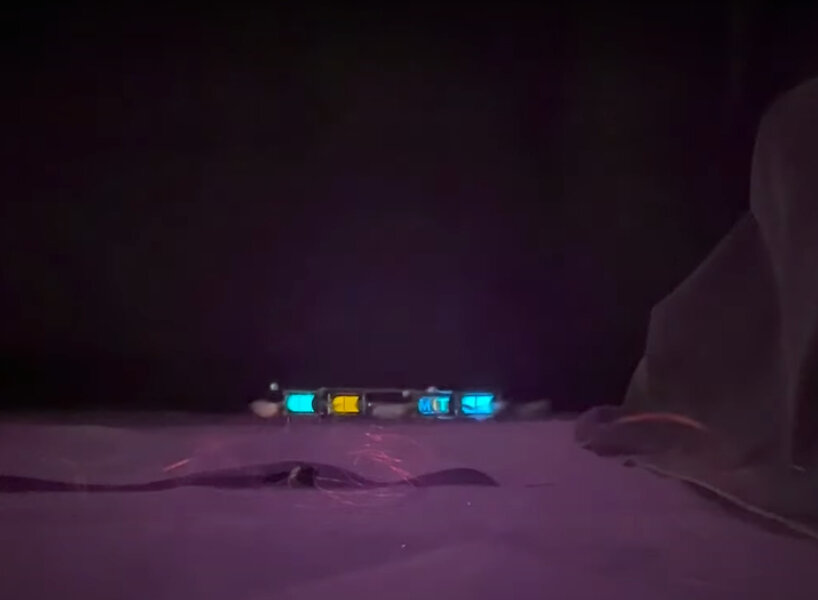 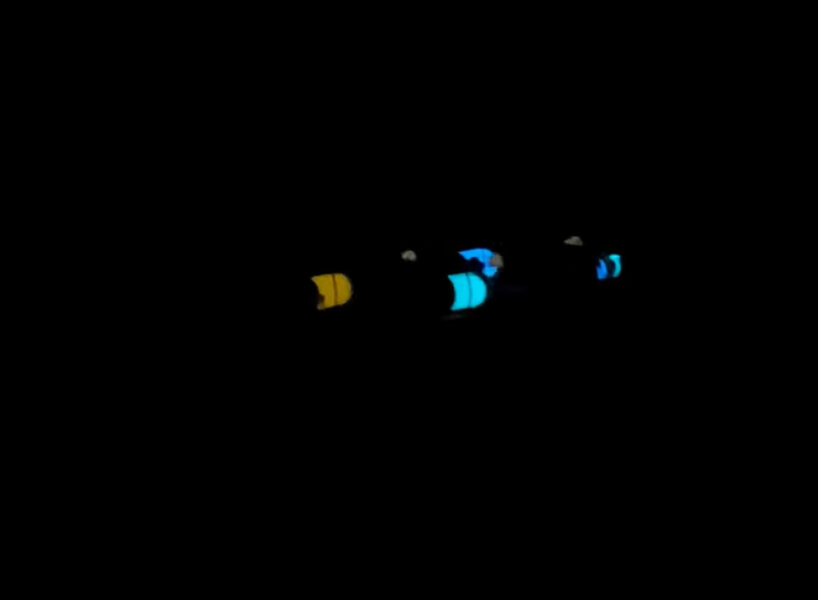 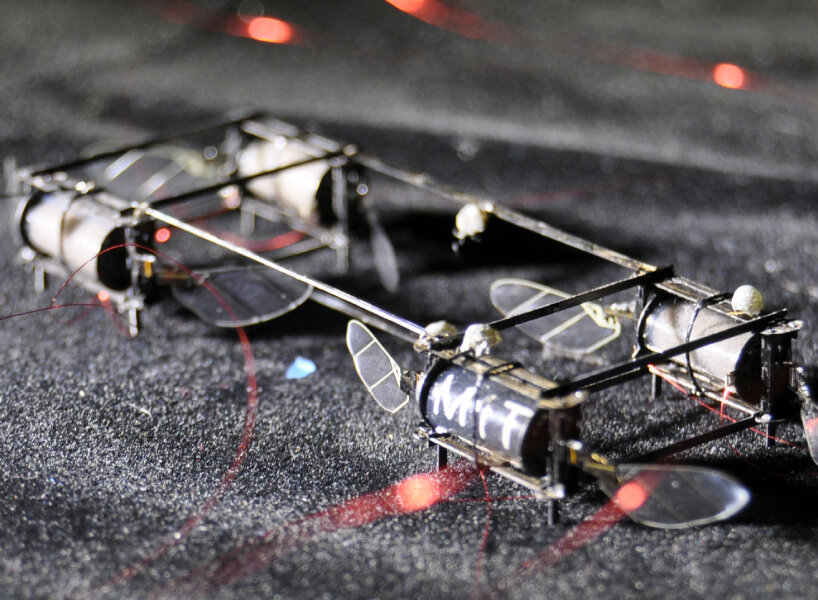 Close-up view of the robot fireflies 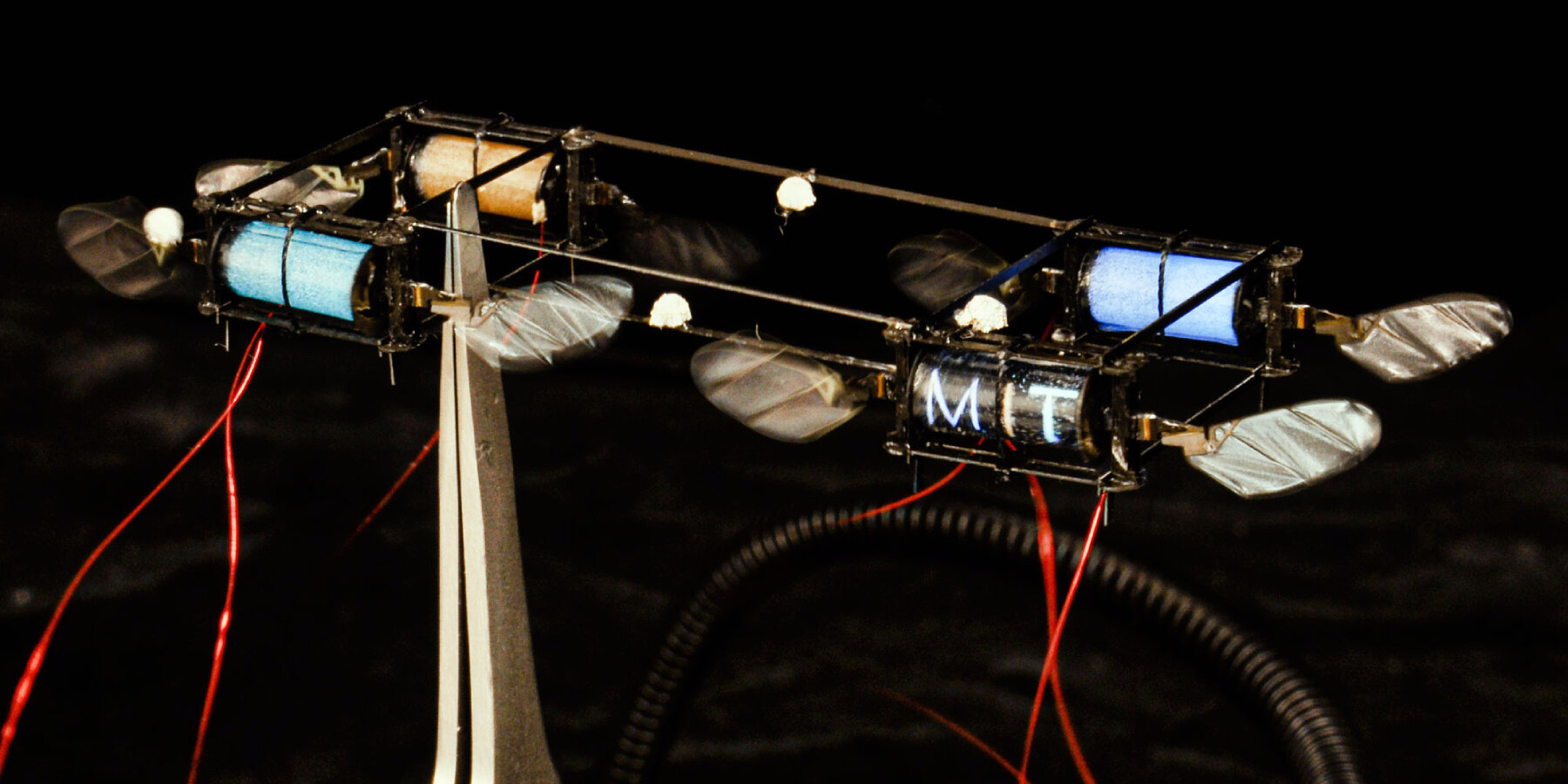