the deepwater horizon oil spill in the gulf of mexico is said to have leaked 4.9 million barrels of crude oil. while the leak is now capped, the clean-up is still occurring. researchers in MIT’s senseable city project developed seaswarm, in collaboration with walter nicolino – of carlorattiassociati and carlo ratti, an autonomous network of solar-powered oil cleaning robots to handle situations just like this. the small floating devices, skim the water’s surface, collecting oil on a conveyor belt made of a thin nanowire mesh. this patented nanomaterial can absorb up to 20 times its weight in oil. the oil is then digested onboard the seaswarm so that the robot can be continually collecting. the devices communicate with each other through GPS and wifi tackling an oil spill from the edge and working inwards. their small size allows them to reach areas where other oil collectors cannot navigate. 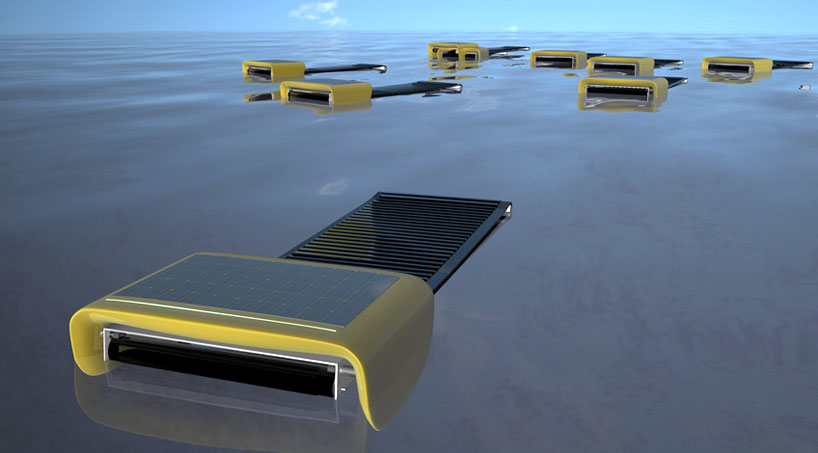 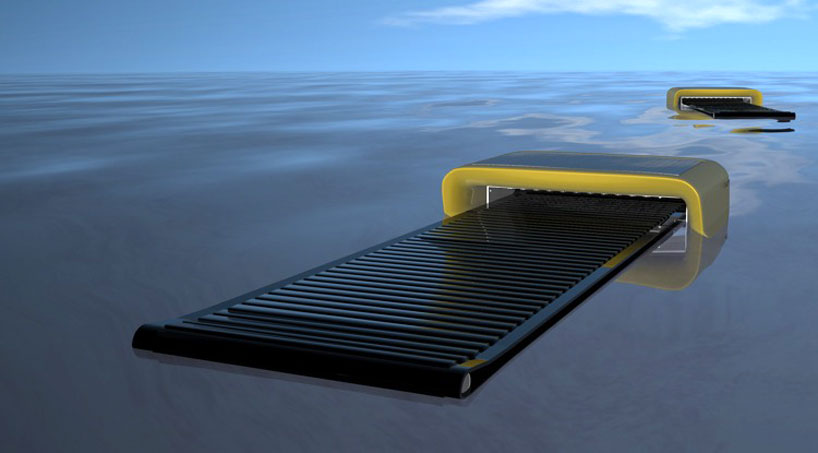 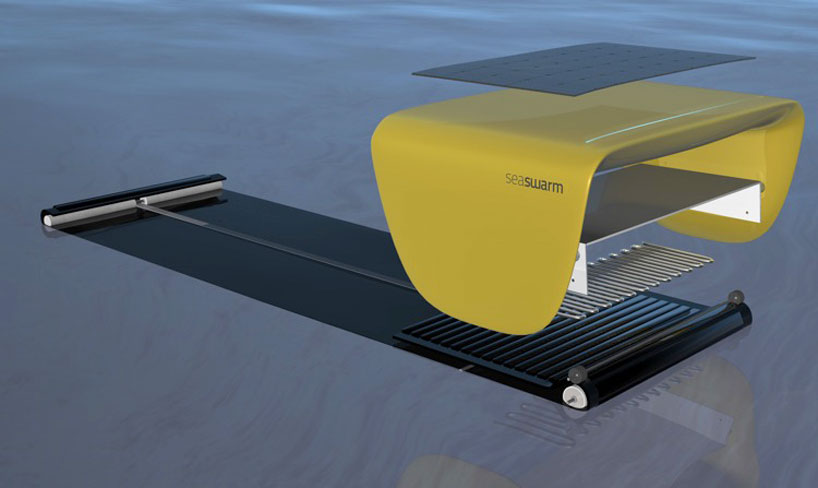 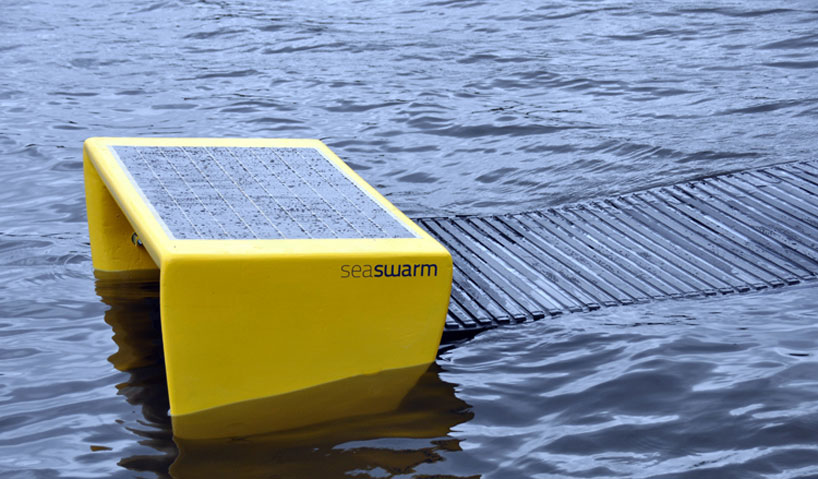 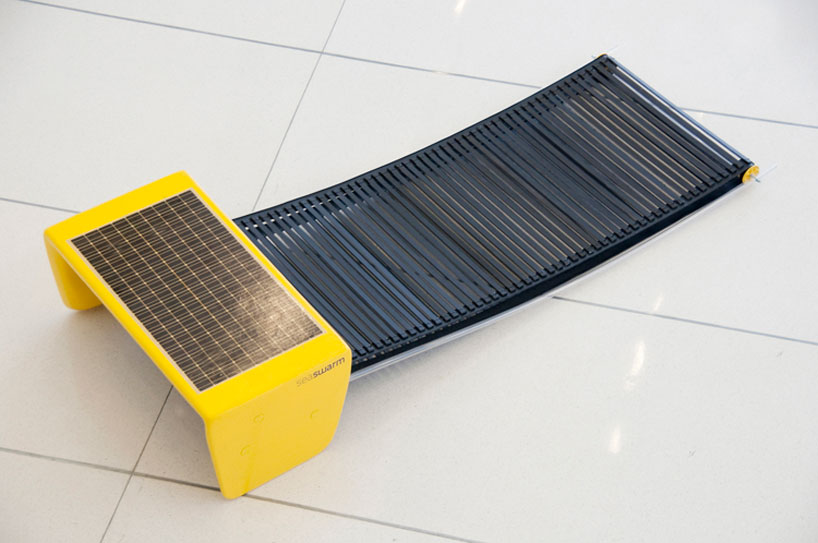 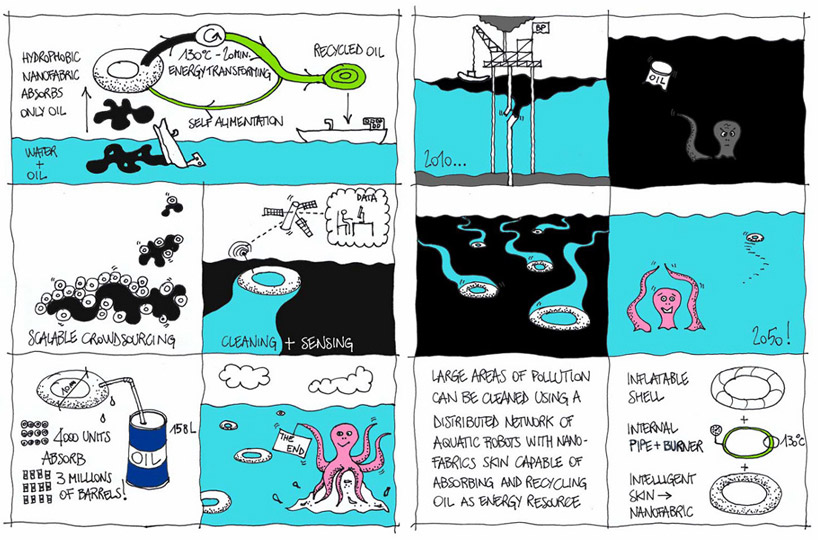 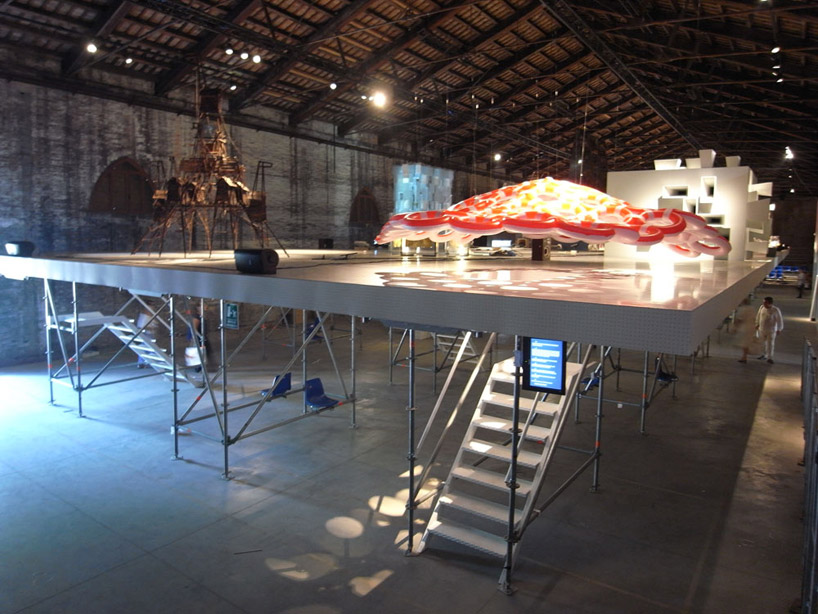 seaswarm is being previewed at the venice architecture biennale 2010 where you can see the prototype on display, in the exhibition ‘italy 2050’ inside the italian pavilion, curated by luca molinari and simona galateo, in partnership con wired.

the theme for this exhibit is nanotechnology in the year 2050. the sensible team interpreted this theme broadly and in reaction to the current situation in the gulf wanted to envision how nanotechnology may become a pervasive too in future disaster response systems. as part of the exhibit, the team has constructed an interactive installation where viewers can clean a virtual ocean after an oil spill by moving their hands over the surface of the water. this rapid clean up method is intended to simulate the simplicity and ease with which seaswarm will be able to clean large oil spills.