multi-touch devices are becoming more and more popular, and are now not only being used for browsing and sending e-mails, but also as a medium for new fields of applications. however, their lack of haptic feedback makes it difficult to set parameters precisely and is the problem that florian born’s ‘modulares interface’ overcomes. to expand the usage of touch devices, magnets are used to arrange a variety of physical controllers such as buttons, sliders and knobs, onto an ipad. these as well as the frame, are made from conductive aluminum to enable the electrical discharge of the human skin to pass through to the screen.

the ‘modulares interface’ requires a software which runs as an app, to individually organize the control elements and send parameters from the remotes to the ipad. the buttons, sliders and knobs can be interchanged and feature a piece of conductive foam on their ends to prevent the controls from scratching the display. florain born’s gadget expands the usage of touch devices through the application and then transfers the information via OSC to a connected device. 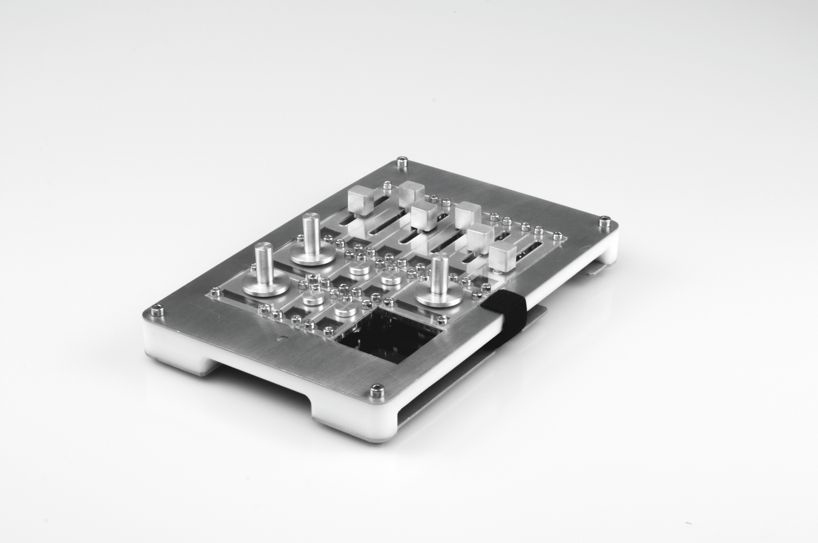 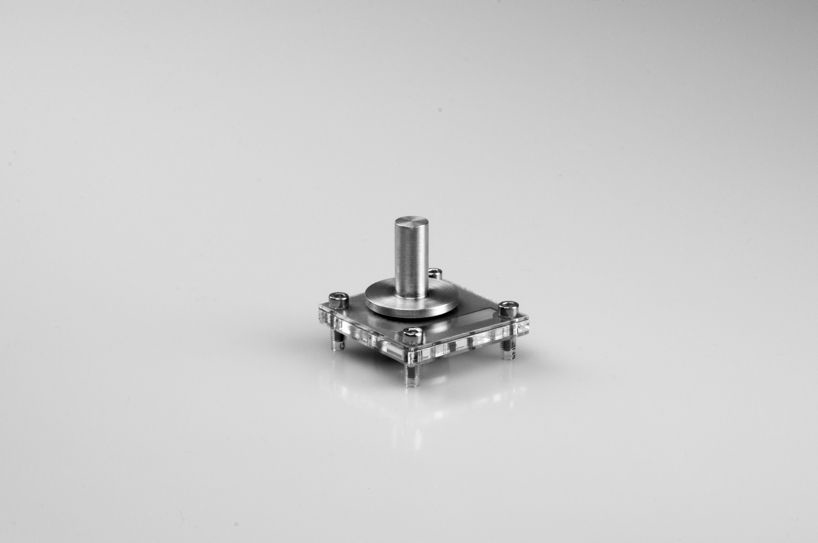 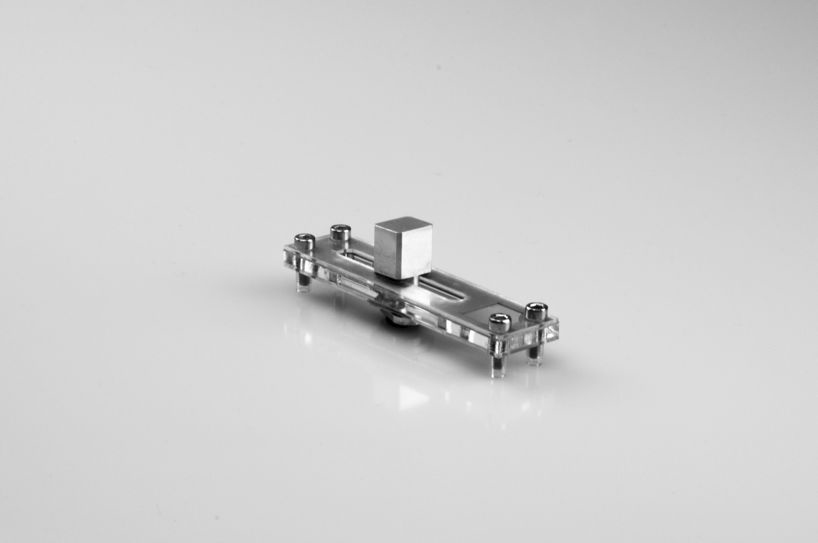 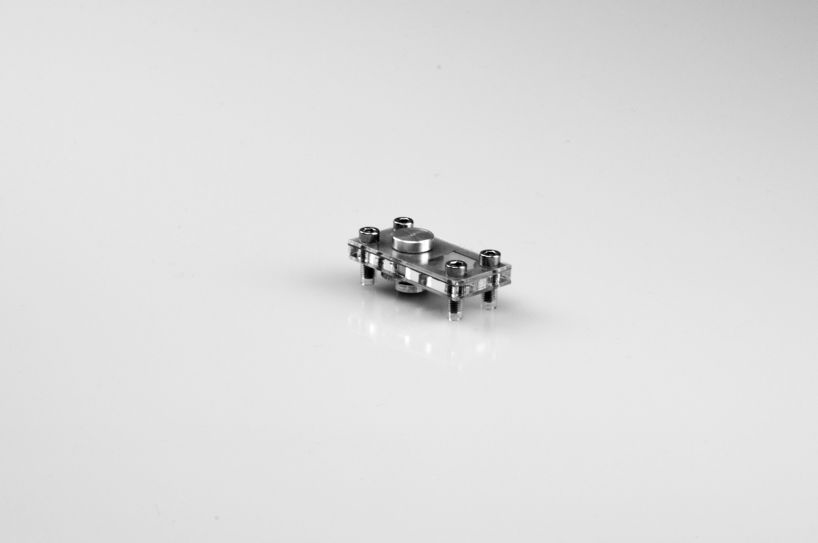 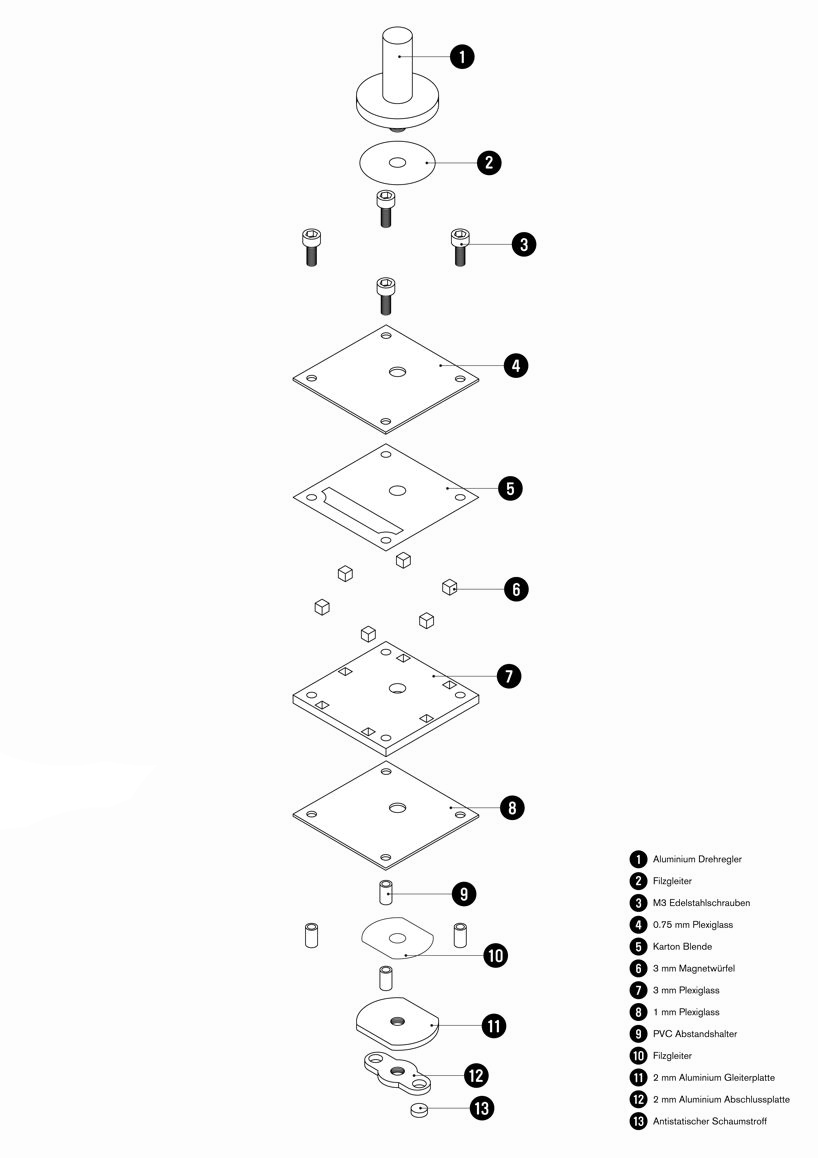 assembly drawing of the controls