Transitioning means adapting to changes, a feat that MOKE went through last year as it looked forward to hauling all of its vehicles to an electric status. As the brand ushers into the electric vehicle market with E-MOKE, it closed the chapter of the petrol-fueled MOKE by having auctioned off the last petrol car, a collaboration between Moke International and Michael Young Studio, at the Blenheim Palace Ball in the Cotswolds for the Starlight UK, a charity that supports children and families whose child is diagnosed with a serious illness. According to the company’s report, the efforts raised £110,000 GBP. 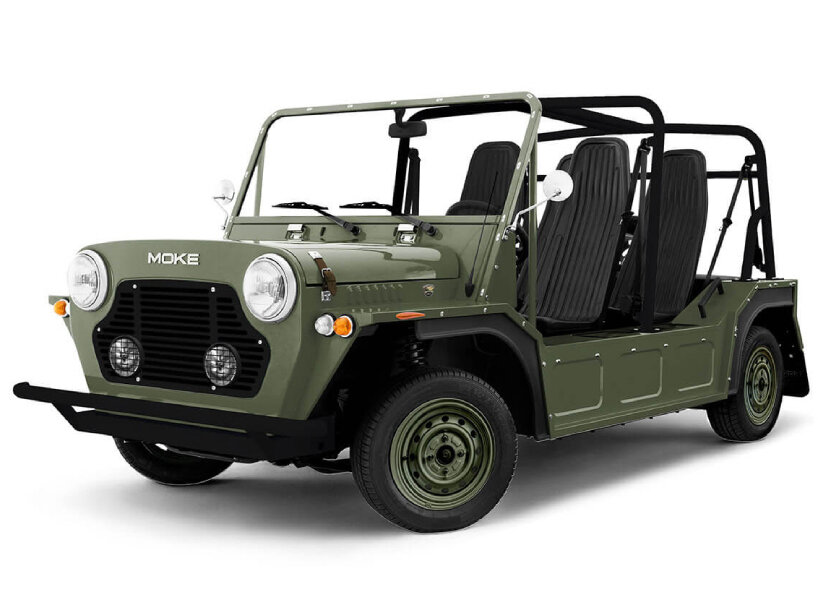 images from MOKE and Michael Young

Diving into the car design process of MOKE, British designer Michael Young has completely redesigned and re-engineered the MOKE for the 21st Century by integrating the most pertinent elements of today’s automotive technology for a new generation of drivers, all while preserving its origins and classic look.

‘As a MOKE enthusiast and with respect to a hero and designer Sir Alec Issigonis; when the email came in asking if I was interested to talk about the project, it was like a call to duty for me and head of design Ben McCarthy. I had recently commissioned a rebuild of an original MOKE in Australia from the ground up back in 2012. I was fully aware of what needed to be done,’ the designer says.

Young invites the riders to remember the history of the car, stemming from the 60s or, as he calls it, the ‘crucial period in many fields of creativity. It has been over two decades since the last MOKE was issued on the assembly line in Portugal. ‘The world has changed dramatically. We could not just replicate the original model as times have changed, and music and fashion have changed accordingly. So, the car’s main requirements actually need adjustments too: enhancements, improved road-holding, braking, suspension, and so on, even the logo,’ says the designer. 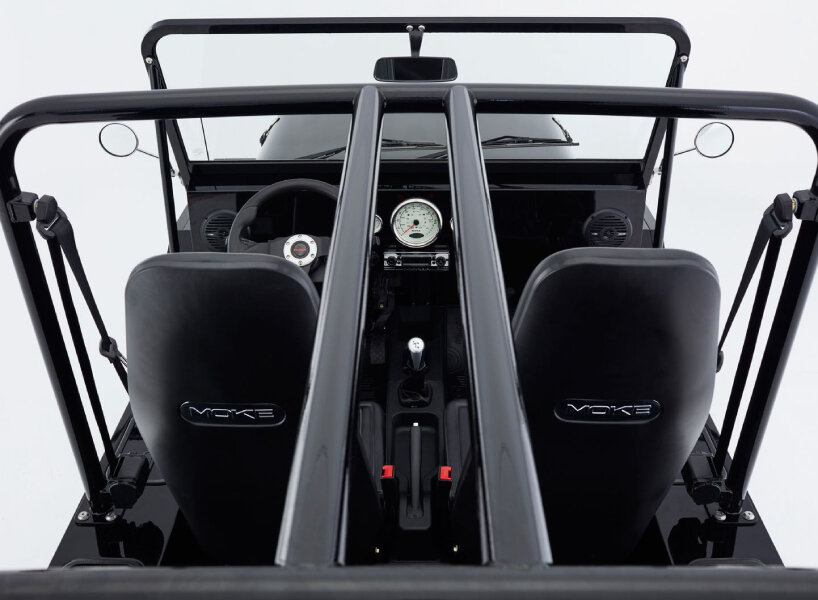 from gasoline to electric: MOKE auctioned off last petrol vehicle for charity

With the demands of climate change, MOKE has turned to fully electric vehicles, believing that electrification enhances the performance of the vehicles, married to the benefits of a silent powertrain for undisturbed open-air motoring. The new MOKE sprints to 55km/h in just 4.5 seconds. The maximum power of 33Kw proves plenty for a vehicle that weighs just 800 Kg. The range is fit for 5 round trips between Cap-Ferrat to Monaco (144km). Charging takes 4 hours on the Type 2 EU Standard, and the top speed is 100km/h.

MOKE International has revived the brand in 2017 introducing a number of special editions that have proven highly popular amongst MOKE heads and an entirely new generation of fun-seekers. ‘Together we have created a contemporary interpretation of MOKE’s classic open-top driving dynamics with full scope for clients to personalize the vehicles to their exact tastes and sensibilities. The engineers have focused on maintaining the sense of fun and freedom that has endeared the car to so many for more than five decades,’ the brand shares. 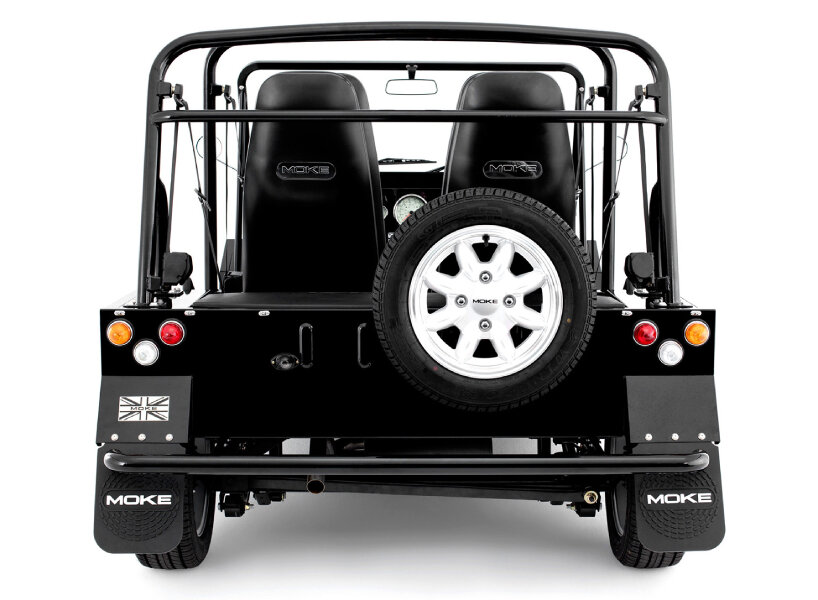 the last petrol MOKE was auctioned off for charity 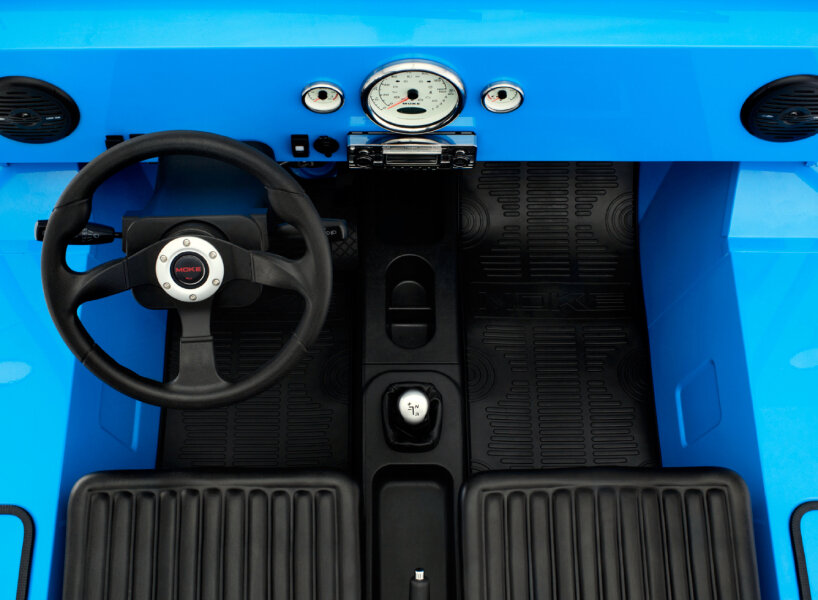 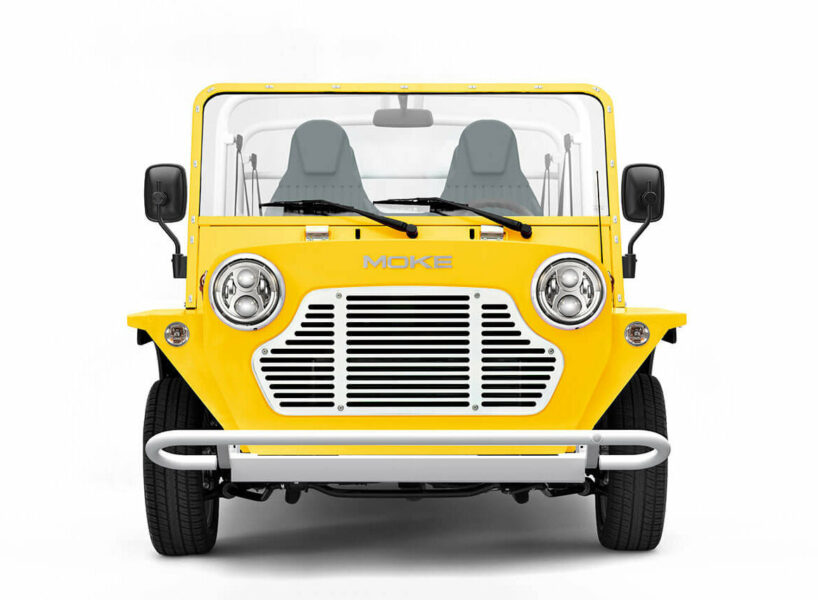 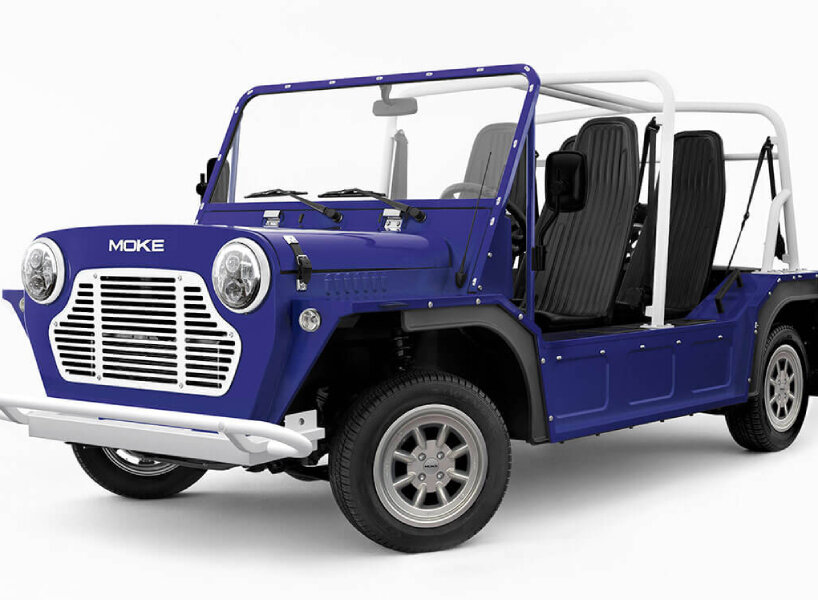 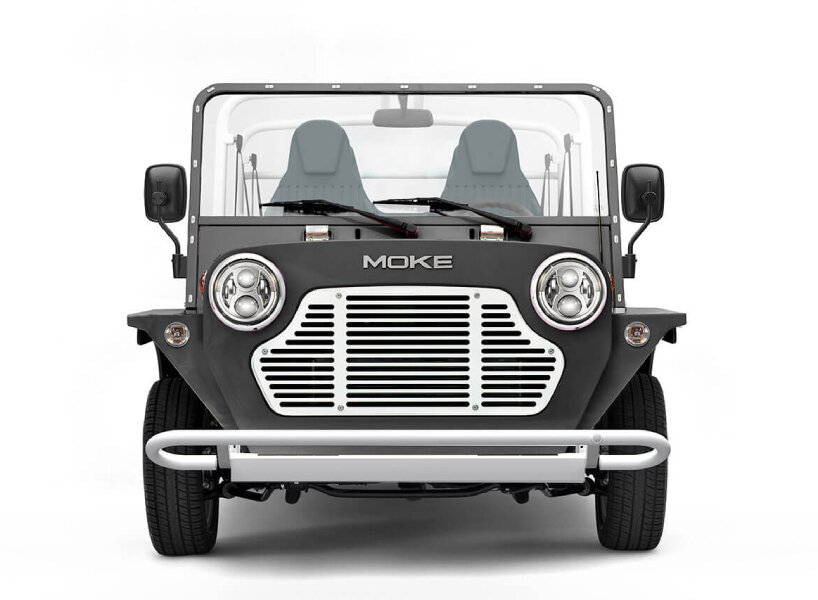